President Donald Trump was briefed about the threat posed by Hurricane Harvey, according to the White House.

Although he has not personally addressed the country about the storm about to hit the Texas coast, Trump will keep a “watchful eye” on its progress, according to the White House.

The storm is predicted to be a Category 3 hurricane once it makes landfall Friday afternoon. Storm surge flooding could rise 6-12 feet, according to the National Weather Service Hurricane Center, and heavy rains of 12 – 20 inches are expected.

Advisers reassured Americans that his administration was prepared.

She also pointed to General John Kelly, serving as Trump’s chief of staff, as a reason that all Americans should be confident in the administration’s preparations.

“Probably no better chief of staff for the president during the hurricane season,” Sanders said.

The president shared a message on his Twitter account, featuring a video of his visit to FEMA headquarters in August for a hurricane briefing.

“Giant test for Trump admin and new govt efficiency,” he wrote. “Is he ready?” 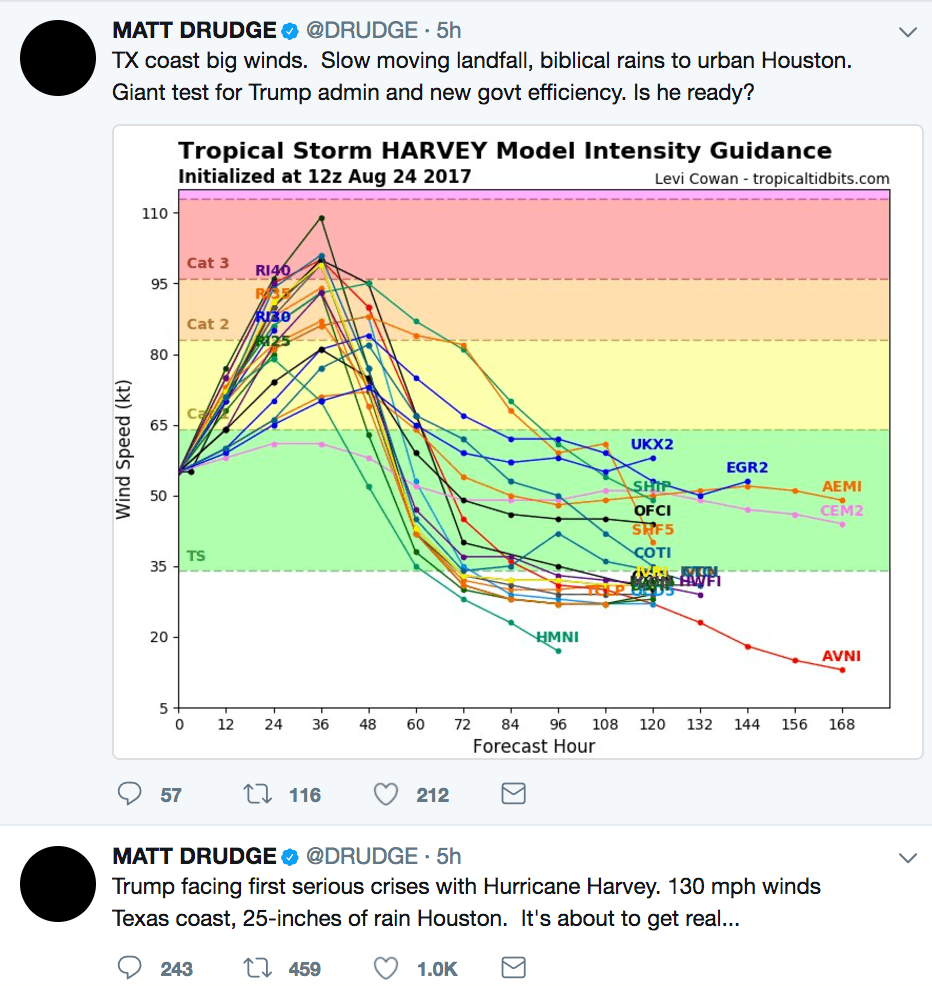