A source at the shoot told the Post, “Franken was clowning around, but it really isn’t funny. That’s his tactic,” the source added, “pretend like it’s all a big joke.”

The Post’s source further claims that Franken’s groping made the former media mogul uncomfortable. “Arianna was pushing his hands away. He was groping her. There was some fun attached to it, but she wasn’t enjoying it. She definitely told him to stop and pushed him away.” 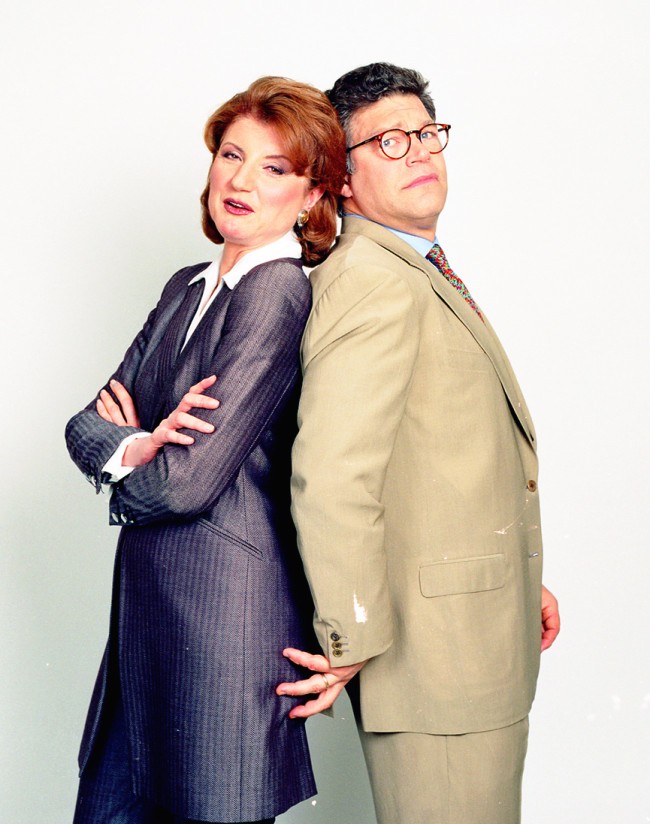 In a statement to the Post, Huffington disputed that interpretation, saying that she has been friends with Franken for 20 years and that he did nothing wrong during the shoot, “The notion that there was anything inappropriate in this photo shoot is truly absurd.”

Huffington explained that the photo shoot was a tribute to a television skit she and Franken did a few years earlier on Bill Maher’s Politically Incorrect.  “Al and I did a comedic sketch for Bill Maher’s ‘Politically Incorrect’ called ‘Strange Bedfellows,’ in which the whole point, as the name makes clear, was that we were doing political commentary from bed. This shoot was looking back at the sketch, and we were obviously hamming it up for comedic effect.”

According to the Post, though, the skit did not involve Franken groping Huffington. It ended in a pillow fight. 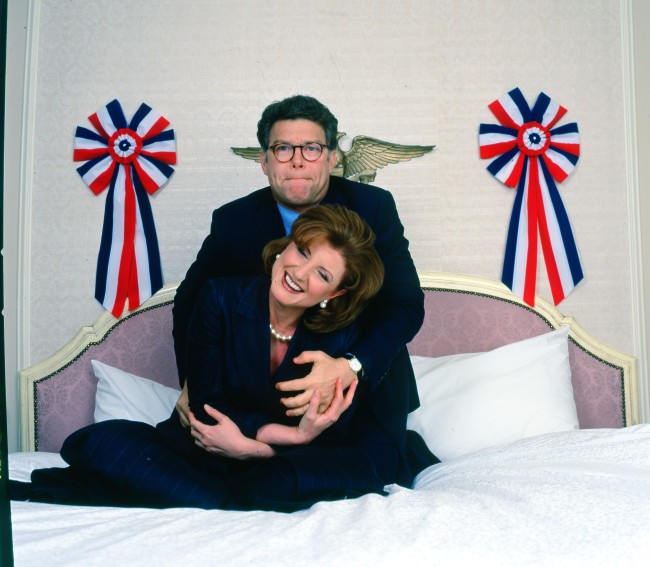 Moreover, as the Post also points out, the left-wing Huffington stands accused of covering up sexual harassment complaints while she ran the Huffington Post.

The photos of Franken grabbing Huffington’s butt and cupping her breast mean that there are now three photos of the Minnesota senator groping a woman. Last week journalist Leeann Tweeden released a photo of Franken groping her while she slept On Monday. Tweeden further claims that Franken stuck his tongue in her mouth without consent. On Monday, a Texas woman claimed that while he was a sitting senator in 2010, Franken groped her while posing for a photo. 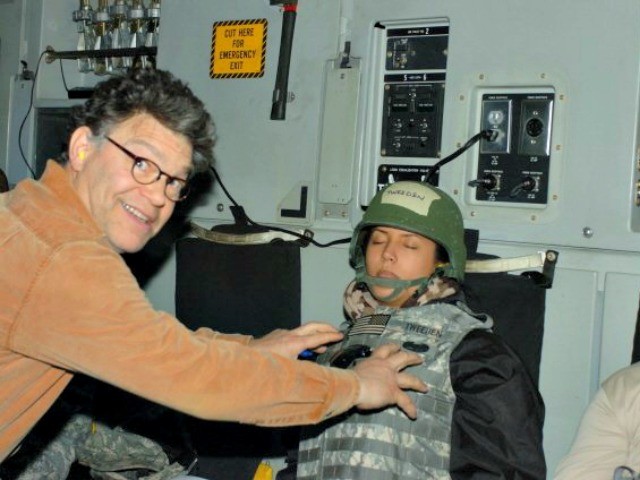