Amnesty advocates lamented their defeat in the Christmas budget fight but promised to win the next 2018 budget showdown, due by January 19.

The defeat prompted angry accusations by illegals and by Latino politicians, a shouting match with Democratic leader Sen. Chuck Schumer, renewed predictions of 2018 amnesty victory by business groups, and warnings from American voters that the battle will be refought in January.

The failure by the amnesty groups reflects the deep unpopularity of the Democrats’ s expensive, one-sided, no-strings DREAM Act amnesty, which offered no benefits whatsoever to the 300 million Americans already reeling from the impact of the federal government’s mass-immigration economic policy.

Schumer, the Democrats’ Senate leader, also recognized the public opposes an amnesty and so he rebuffed last-minute lobbying by Latino politicians for a Senate filibuster.

Democrats started the budget debate by demanding a no-strings amnesty for 3.25 million younger ‘dreamer’ illegals — which includes the roughly 690,000 DACA illegals — plus a future amnesty for their illegal-immigrant parents and their chain-migration relatives. Americans would have to pay for the amnesty with $26 billion in taxes over the first ten years, plus extra diversity conflict, lower wages and more competition for jobs.

Throughout the two-month fight for the “clean DREAM Act,” Schumer kept his distance from activist threats to shut down the government if the GOP rejected an amnesty.

Schumer’s caution may be explained by his support for the disastrous 2013 “Gang of Eight” amnesty. That one-sided amnesty passed the Senate — but was blocked by polls and by House Speaker John Boehner. The next year, Schumer lost nine seats in the Senate, ensuring he lost his chance to become the Senate’s Majority Leader. And one year later in 2015, Donald Trump launched his run for presidency with a promise to make immigration work for Americans, not just for CEOs, ethnic lobbies and immigrants.

.@HispanicCaucus members waiting to speak to Schumer in his office. pic.twitter.com/b6yJBjWVoE

According to the Washington Post, the visit to Schumer by the Latino politicians turned into a shouting match:

Rep. Luis Gutiérrez (D-Ill.) — arguably the most outspoken Democrat on immigration matters — spoke next and unloaded on Schumer, accusing him and Democratic senators of not caring about the fate of dreamers and “throwing them under the bus” in the ongoing spending debate with Republicans, participants said.

In response, Schumer raised his voice, telling Gutiérrez not to insult fellow Democrats …

Rep. Tony Cárdenas (D-Calif.), who represents parts of Los Angeles and oversees the PAC that helps bankroll the campaigns of Latino congressional candidates, told Schumer that Latino lawmakers expect “no more mañanas” — no more “tomorrows” — when it comes to immigration.

In response to the Hispanic caucus’ filibuster request, Schumer allowed 28 Democratic Senators to vote against the budget. That was 13 fewer Senators than what was needed to block the temporary budget deal.

Hispanic politicians would gain from the arrival of more Hispanic voters, but other Democratic politicians fear a hostile public reaction in November 2018. The budget-showdown defeat was recognized by the leading Hispanic advocate for amnesty, Gutierrez:

This fight continues in January & I think Dems are on same page now. Good of the country must outweigh any political calculations, therefore we'll be moving forward on #DreamAct under leadership of @RepLujanGrisham @NancyPelosi @SenSchumer & allies in House & Senate. https://t.co/qbUFCSkf8c

29 days for Congress to protect 800,000 Dreamers from deportation.
We are closer than ever. We will do this.

The investors’ group said the defeat was “incredibly difficult and disappointing.”

Our Statement on Congress' Failure to Pass a Legislative Solution for Dreamers This Year:

The time is now for Congress to stand up. https://t.co/k0VVNrJxlH pic.twitter.com/S3ZoSSyhai

Business groups and Democrats tout the misleading, industry-funded “nation of immigrants” polls which pressure Americans to say they welcome migrants. The alternative “fairness” polls show that voters put a much higher priority on helping their families, neighbors, and fellow nationals get decent jobs in a high-tech, high-immigration, low-wage economy.

83% of Americans support keeping Dreamers in America. Retweet if you do too. #DreamActNow pic.twitter.com/CfJohdJAyJ 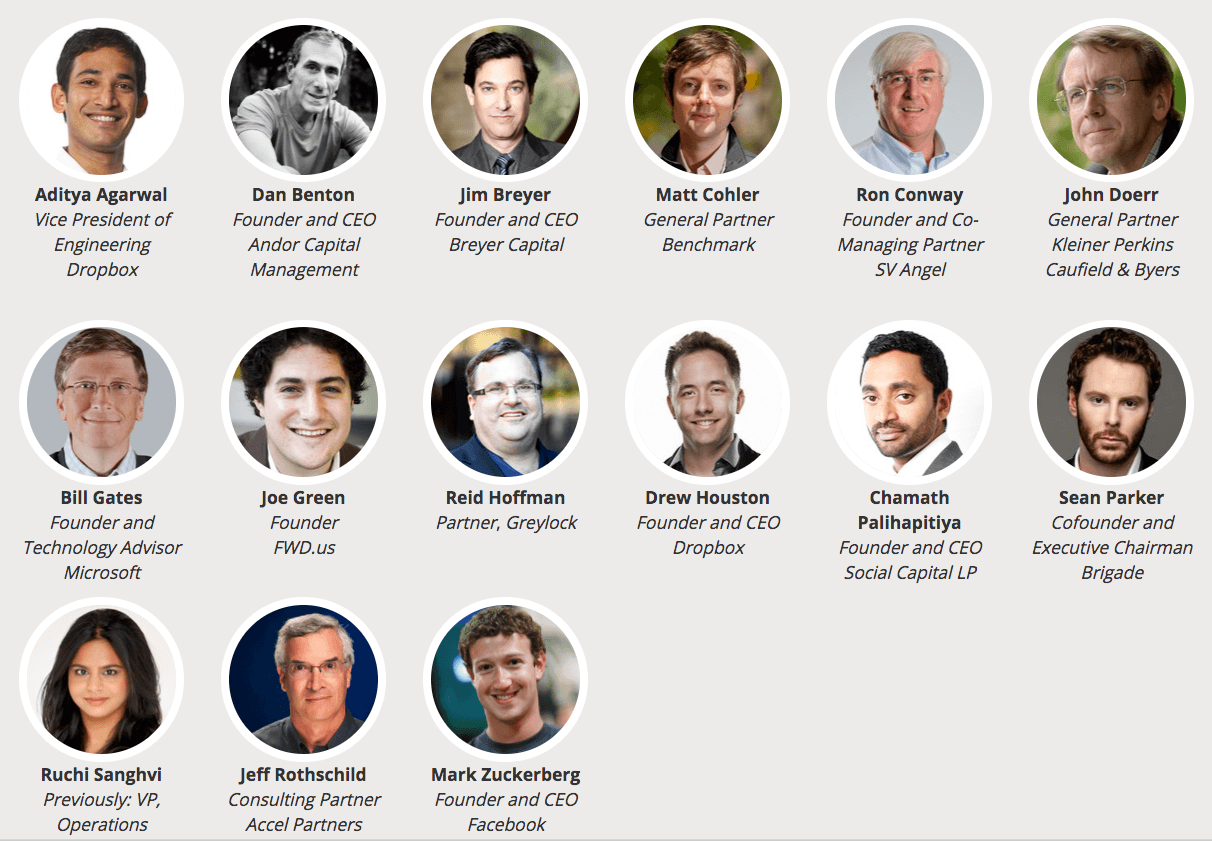 The pro-amnesty business groups are supported by some Republicans, including 34 Republican House legislators who signed a vague-but-supportive letter on December 5. The Gang of 34 includes Rep. Carlos Curbelo, who pushed hard in public for a no-strings amnesty, and who claimed on Thursday that he nearly had enough pro-amnesty GOP legislators to issue their own amnesty-of-shutdown threat:

We had the votes to force a compromise that would combine a #DACA fix for #Dreamers with border security measures before the end of the year, but too many members lacked the resolve. This cannot happen in January.

The 34 GOP legislators who signed the failed amnesty request were:

The defeat also ensured finger-pointing between the Democratic leadership and their Latino ethnic lobbies.

An organizer with the union-backed United We Dream Coalition described Democrats as voting for “garbage.”

To the Dems upset about my tweets today, try spending the last wk getting less of you to vote like garbage instead of focusing on house R mods. Trust me I very so much wish I didn't need to pressure you to support people 90% of Americans want legalized. You did this to yourself.

A pro-migration advocacy group complained that the illegals were ignored by Democrats.

So all the talk about @TheDemocrats shutting down govt for #DACA legislation was just talk. No action at all by Dems when pressed. They didn’t fight at all for Dreamers today. #DeportationCaucus

We are not going anywhere until we get a Dream Act! #DreamActNow

Senate Democrats who recognize the unpopularity of amnesty were described as members of the deportation caucus.

BREAKING: The House and Senate passed the spending bill without the #DreamAct. Make no mistake, every Democrat on this list voted for the deportation of young people who deserve to live a life with peace and dignity in the place they call home. #DeportationCaucus #NoDreamNoDeal pic.twitter.com/7UL1PuxEb6

Right now, @SenSchumer is the Leader of the #DeportationCaucus. But he’ll have another chance to be a real leader in 4 weeks, the next time he’ll have leverage to use.

We ask that he publicly commit to voting against the next funding bill unless it contains the Dream Act. 9/9

The aggressive pro-amnesty protests were welcomed by Mark Krikorian, the director of the Center for Immigration Studies, who predicts they will solidify public and politicians’ opposition to angry illegals.

Throw them out in November! Show them who's boss! https://t.co/khrRhXNglM

You definitely should target for defeat these Dems who voted for the spending bill. They don't deserve to hold office! No progressive should vote for them! https://t.co/OkaufTetBa

I voted no tonight on a CR that does not include the #DreamActNow. Congress shouldn’t leave town to celebrate the holidays with our families while 800k Dreamers fear being ripped apart from their families & deported to a country they barely know. We must keep our promise. pic.twitter.com/wgG5Y2AuPo

California’s Sen. Diane Feinstein, whose electorate is increasingly Hispanic, announced she would publicly align with the amnesty push:

BREAKING: @SenFeinstein has just joined the Members of Congress who are committed to withholding their vote from any spending bill that does not include a #DreamActNow.

This is the result of months of pressure and organizing by UWD leaders, @nakasec, and @CIYJA! pic.twitter.com/jgNSMwo3uY

Pro-American voters used their Twitter account to celebrate the win, and also to warn GOP legislators against a January surrender.

My vote is to deport. You had a nice long visit, a good education, and whatever other benefits from your Illegal time here. Good bye and good luck.

These people are citizens of another country. We're giving them dual citizenship and through Affirmative Action they will beat our kids for rest of their lives. We're making ourselves second class citizens.#MAGA pic.twitter.com/9fVIUYVnbB

The pro-American groups which organized the pushback also claimed victory — but also warned of more fights.