American garment workers are reaping the benefits of President Trump’s economic nationalism which seeks to tighten the labor market to increase U.S. wages.

As Breitbart News reported, average hourly wages jumped 2.9 percent compared to last January, much higher than originally expected, while the unemployment rate dropped to an 18-year low at about 4.1 percent.

For the roughly 116,000 U.S. garment workers and clothing manufacturers, Trump’s economic nationalism has translated to wage growth of about 14 percent on average.

Economists and analysts told CNN that the wage increases for garment workers were likely due to businesses having to raise wages in order to retain workers in the industry as immigration enforcement is vastly stricter under Trump and former President Obama.

“The job market is very tight and getting tighter,” said Mark Zandi, chief economist with Moody’s Analytics. “Businesses are struggling to hire or hang onto people so they have no choice but to raise wages.” [Emphasis added]

“These are people who are very skilled. And I’m sure it’s very difficult to hold onto those workers,” said Zandi. He added that the industry also has a high percentage of foreign born workers.

“I’m sure the crackdown on immigration is having an impact in that sector,” he said, forcing manufacturers to pay their remaining workers even more. “This is only the beginning. It’s going to get a lot worse.” [Emphasis added]

Sen. Tom Cotton (R-AR)—Trump’s closest populist ally in the U.S. Senate—also attributed the positive economic news and wage growth to immigration controls, where deportations of illegal aliens living in the U.S. increased 37 percent after Trump signed his Enhancing Public Safety in the Interior of the United States Executive Order five days after being inaugurated.

Cotton and Perdue’s “RAISE Act,” which was endorsed by Trump, would reduce legal immigration from more than 1 million immigrants arriving a year to about 500,000 a year. At the same time, the RAISE Act would shift the current legal immigration system from one that prioritizes high-skilled, English-proficient immigrants over those with low-education rates and minor skills. 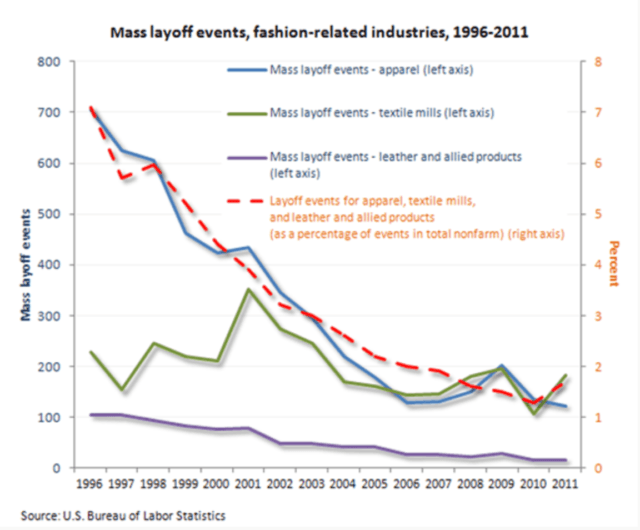 Every year the U.S. admits more than 1.5 million foreign nationals, with the vast majority deriving from family-based chain migration, whereby newly naturalized citizens can bring an unlimited number of foreign relatives to the U.S. In 2016, the legal and illegal immigrant population reached a record high of 44 million. By 2023, the Center for Immigration Studies estimates that the legal and illegal immigrant population of the U.S. will make up nearly 15 percent of the entire U.S. population.

Mass legal immigration to the U.S., like Koch brothers-supported free trade agreements, has come at the expense of America’s working and middle class, which has suffered from poor job growth, stagnant wages, and increased public costs to offset the importation of millions of low-skilled foreign nationals.

For blue-collar American workers, mass immigration has not only kept wages down, but in many cases, decreased wages, as Breitbart News reported. Meanwhile, the U.S. continues importing more foreign nationals against whom working-class Americans are forced to compete. In 2016, the U.S. brought in about 1.8 million mostly low-skilled immigrants.

The massive importation of low-skilled foreign nationals to the U.S. has translated to a cheap labor economy that has aided in keeping American mens’ wages stagnant for at least 44 years, as Breitbart News reported. Median earnings for American men working full-time were actually lower in 2016 than they were in 2007.