With the coming North/South Korea entente you might have thought that, finally, President Donald J. Trump had achieved something even progressives would applaud.

But you’d think wrong. Already one liberal media outlet has found a fatal flaw in Trump’s scheme to bring peace to the Korean peninsula: it might make climate change worse.

Here’s the verdict of E & E News on the summit which some are arguing should earn the president a Nobel Peace Prize.

The anticipated meeting between President Trump and North Korean dictator Kim Jong Un could put the former real estate tycoon eye to eye with a reviled autocrat who appears more in line with global thinking on one issue: climate change. North Korea is a party to the Paris Agreement, the 2015 pact that Trump plans to withdraw the United States from despite an uproar from allies around the world.

That’s because if sanctions against North Korea are lifted, the hermit nation’s coal could flow onto the world market, with the bulk of it ending up in South Korea, Japan and China.

Without apparent irony, the E & E News article goes on to compare the United States’s environmental record unfavorably with that of North Korea:

North Korea — whose carbon emissions rank in the bottom half of nations worldwide — put forward a hefty commitment to cut its greenhouse gases 37.4 percent compared with 1990 levels. And as Trump was pulling the United States out of the agreement last June, Kim described Trump’s decision as “the height of egotism.’

Yes. Like all good environmentalists, the North Korean dictator understands that the secret of being green is to have zero economic growth: no manufacturing no pesky carbon emissions!

This is why, during Earth Hour, when the world’s nations turn off their lights for an hour in sympathy with Gaia, the hands down winner every time is North Korea. That’s because in North Korea, the Earth Hour blackout operates pretty much 24/7 365 days a year. 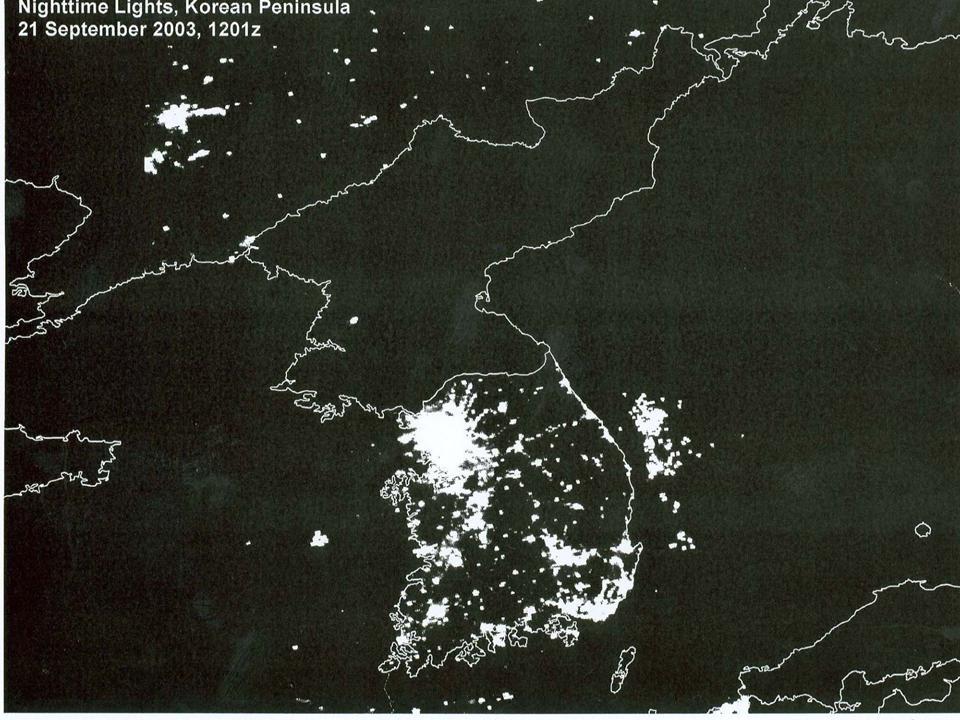 As Climate Depot notes, E & E News is by no means the first left-leaning publication to praise the environmental record of Kim Jong-Un.

That honor goes to the Guardian for this bravura piece titled ‘North Korea: an unlikely champion in the fight against climate change’.

Like many poor countries, North Korea, where such problems are endemic, is least able to cope with climate change impacts. These weaknesses include food insecurity, energy shortages, economic fragility and a rigid political system.

Astonishingly the piece went so far as to argue that the best solution to North Korea’s problems was the acquisition of more intermittent, unreliable, subsidy reliant energy:

North Korea’s energy security problem is well documented, revolving around four distinct challenges: supply, generation, power transmission, and secondary usage. Of these four challenges, electricity generation and transmission are the two that can be addressed through the UNFCCC.

Renewable energy may be the most appropriate vehicle for increasing generation capacity because unlike large centralised fossil-fuels, renewables can be scaled locally which reduces their up-front cost.

For example, a UNDP-sponsored project is installing small-scale wind energy systems at sites across North and South Pyongan Provinces, helping to alleviate energy shortages affecting these areas by decoupling them from reliance on the coal-generated electricity grid.

James Delingpole is a writer, journalist, and columnist. He is the executive editor at Breitbart London Follow him on Twitter: @JamesDelingpole