News stories report that President Trump has asked Bill Shine, the former Fox News co-president, to come aboard the White House staff. Shine’s new job, at least in part, would be to direct communications. This news might not strike some observers as a very big deal.

That is, some will ask, “Why does the White House need a second communications director? After all, the President is already doing that job—and happily so!”

As a Politico headline from February put it, “The lesson of Trump: There’s only one communications director.” Indeed, Trump has been a major figure in the media for 40 years; he knows his way around cameras and reporters, flacks and hacks, news cycles and spin doctors. And now that he has the White House bully pulpit, he knows what he wants to do and how to do it.  In the words of that Politico article, “The real communications chief remains: the president himself.”

Yes, Trump likes the heavy lifting of communicating. On Twitter, his @POTUS account has 23.5 million followers, and @realDonaldTrump boasts a whopping 53 million. In other words, if Trump has something to say, he’s always just a few finger-taps away from saying it.

Nonetheless, Trump offered Shine the communications portfolio. According to a June 27 Wall Street Journal report, the title on Shine’s official presidential commission—that is, the ornate parchment, signed by the President and also by the Secretary of State—is likely to be “Assistant to the President and Deputy Chief of Staff.” And yet the understanding is that Shine will oversee the “comms shop.”

Yet when Shine takes the job as a staff communicator in a communications-intense White House, here’s a safe bet: Even after he gets his blue pass and his West Wing office, he will still be mostly invisible. That is, Trump will still be Trump, all shining gold and blazing neon, and other staffers in the White House, such as Sarah Huckabee Sanders and Kellyanne Conway, will be vastly more visible. 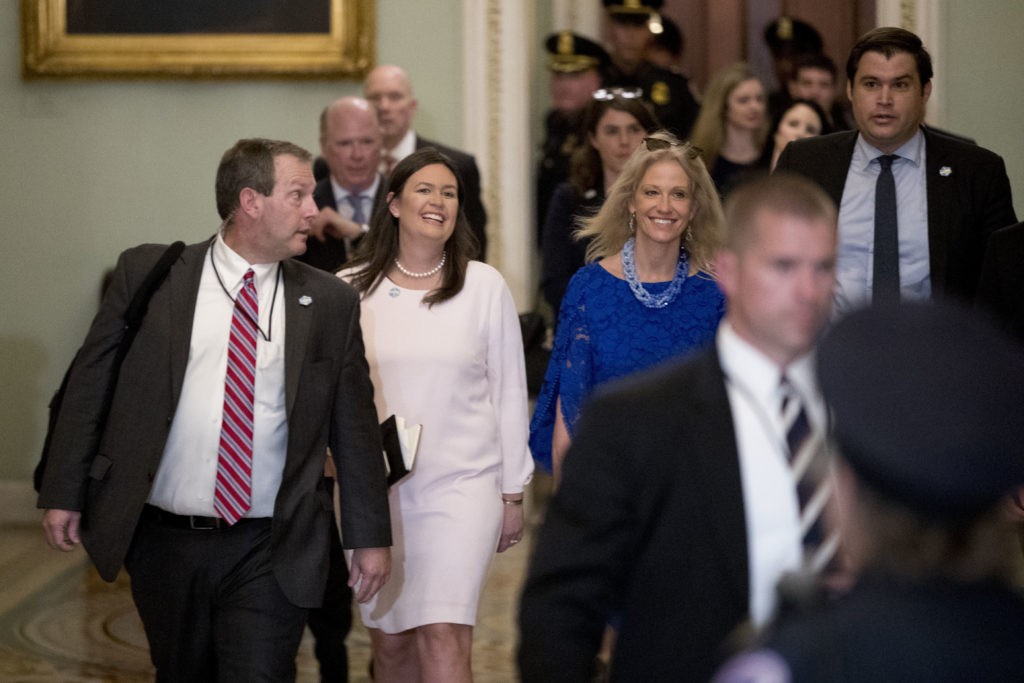 So okay, even if he’s destined to be missed in a crowd, what will Shine likely be doing in his new post? Here’s a sense of what communications directors typically do, based in part on my own experience as an aide in the Reagan and Bush 41 White Houses, and from watching many communications chiefs since: The task of the comms director is to coordinate the voices of not just the White House staff—it’s a given, of course, that @POTUS will always tweet to his own drummer—but of the administration as a whole. That is, things work best when innumerable “senior officials”—scattered across 15 cabinet departments and elsewhere—all “get on the same page,” to use one cliche, and “speak with one voice,” to use another. 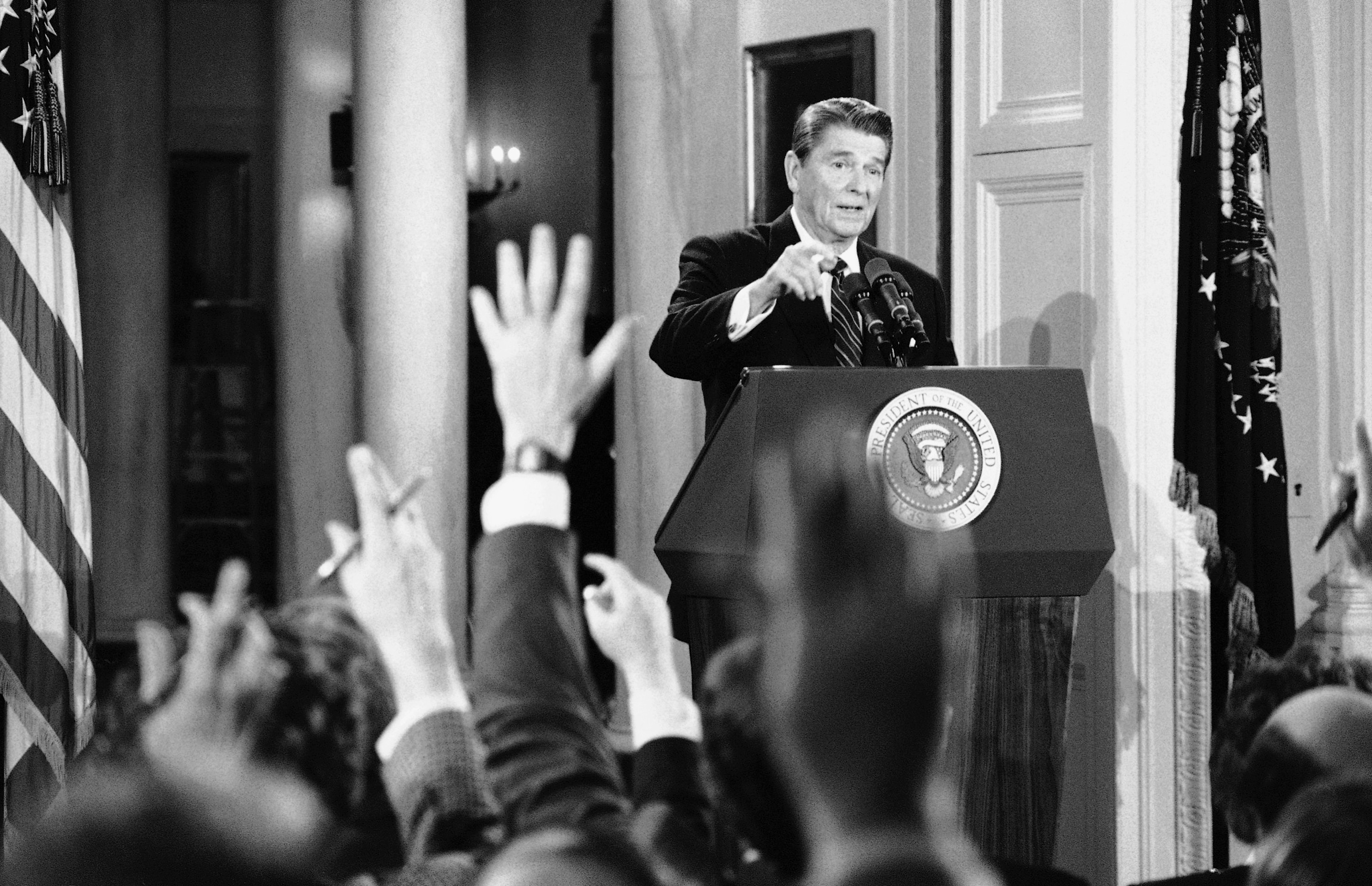 For example, if the matter at hand is North Korea, it’s critical that the White House, including the National Security Council, be in sync with the Department of State, the Department of Defense, the CIA, and other intel agencies.

Needless to say, all of these individual and institutional players, no matter how loyal they might be to the overall mission, will still have their own parochial perspective; as the old adage in Washington has it, “Where you stand depends on where you sit.” In other words, to invoke yet another D.C. cliche, many cats need to be herded.

And the risk of going off-message, however inadvertently, increases as the subject matter drills down to the nittiest and grittiest of details. After all, it’s in these details that devils can be found, as reporters and other observers seek to explore—some might say, wedge apart—any possible fault-lines in the message.

Thus we can see: The mechanics of coordinating a message are daunting. And yet that’s the communications director’s job, to figure out, for example, the media roll-out. Is there an exclusive “first look” to be given to some favored reporter or portal? Is there a presidential speech involved? And what about the vice president? Other high officials?

And who’s going to write, and review, all the speeches? And the TV-ready talking points? And get them out to all surrogates and supporters, through e-mail and social media? And keep track of interviews, with an eye toward making sure that every hungry media mouth is fed—at least fed something? Getting the word out, through thick and thin: That’s the job.

And then, of course, there’s the ever-looming reality of Murphy’s Law. If a single  interview goes off-message, well, the resulting uproar can blank out everything else. So yes, another name for the comms job is “damage-control director.”

As generals say, no plan survives its first contact with combat. Dwight Eisenhower, the architect of victory over Nazi Germany, observed that plans are soon enough rendered useless, and yet planning is always essential. That is, amidst the “fog of war,” soldiers need to make use of their ingrained military competence, even as they must adapt to the new situation.

For their part, media generals must be similarly ready to revise a plan on the fly, oftentimes going with their guts and street-smarts into the bloodless—knock on wood—world of political combat.

Okay, so now let’s ask: Who is Trump’s new media general, this Bill Shine? Is he ready to joust with the MSM, plus millions of bloggers and tweeters—plus who knows who or what else?

Based on knowing him for more than 20 years, I have no doubt that he is more than ready.

I first met Bill in 1996, when we were both newbies at Fox News, the channel started up from nothing by the late Roger Ailes. Shine was the producer of a fledgling debate show, Hannity & Colmes, starring two talented unknowns, Sean Hannity and Alan Colmes. I was a contributor—that is, a talking head—used to fill up panels. In other words, Shine was the one with the real job.

Then only in his early 30s, having worked his way up through local stations on Long Island—his father had been a New York City cop—Shine had the mission of putting on an hour show, five nights a week.

In the best of circumstances, that’s a hard thing to do, and the truth is, Fox didn’t start out in the best of circumstances. In those days, few even knew what Fox was, and those who did were likely to know about it through the prism of a skeptical, even hostile, media. And of course, CNN and MSNBC, already on the air, did everything possible to discourage prominent guests from even appearing on Fox.

Still, Fox had plenty going for it, including its fresh crop of new TV talent. Hannity, of course, was a natural, albeit a young natural, at that time still perfecting his game. And for his part, Colmes was instinctively wry and funny.

In the meantime, on the other side of the camera, out of sight, there was Shine, charged with keeping it all together. Indeed, perhaps Shine’s most notable trait was his imperturbability. Nothing seemed to get to him, not the normal frictions that appear within teamwork, not even the abnormal eruptions that appear in a crisis.

Together, Hannity and Colmes put on a good show for more than a decade, even as Hannity emerged as the greater star; he moved to a solo format in 2009, which continues, of course, to flourish to this day. 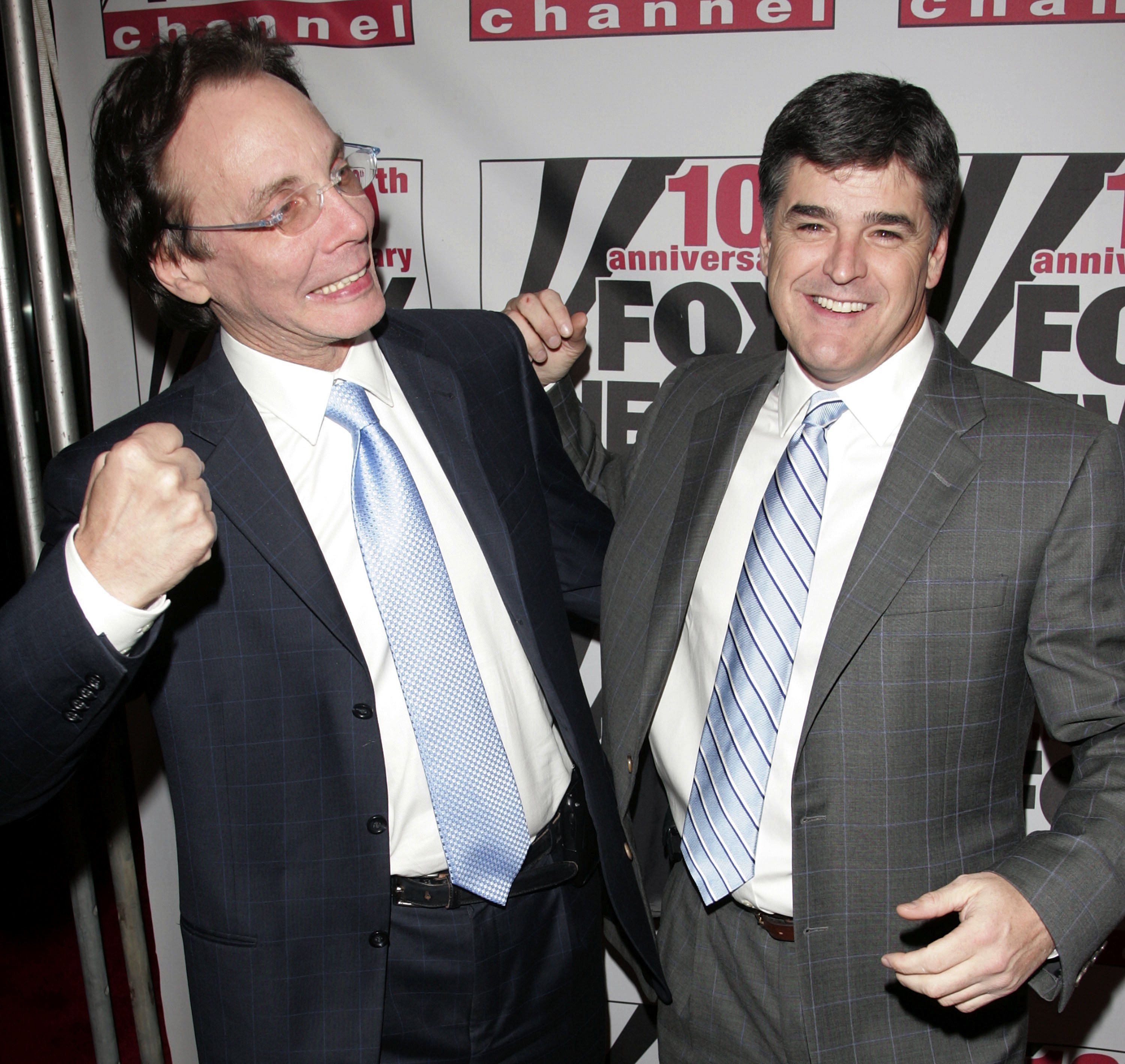 In the meantime, as we all know, Fox itself was flourishing; it’s been the number- one cable news network, by a wide margin, for two decades.  Meanwhile, Shine worked his way up; he was soon overseeing the primetime schedule, as well as other programming, such as Fox and Friends. Thus Shine’s duties, under the overall leadership of Ailes, included managing almost all of the top stars at Fox. As such, Shine handled the various issues that talented people can have, big and small, from headaches to bad-hair days, from backstage backstabbing to on-air rivalries.  And all the while, of course, no matter what, the shows had to go on, 24/7.

To an outsider, it might have seemed that Fox was an unstoppable juggernaut, and yet to an insider, it always seemed possible that some untoward event could derail it. Thus it was that such prominent figures as Dick Morris, Glenn Beck, and Sarah Palin came and went from Fox—and not always on the happiest of terms. As an occasional observer of some of those moments, I often thought of the Rudyard Kipling poem, “If,” the opening lines of which read, “If you can keep your head when all about you/ Are losing theirs and blaming it on you…”  Oftentimes, that was the story of Shine’s job, catching hatchets aimed for someone else; he definitely earned his pay.

Of course, perhaps the most traumatic events at Fox were the forced departures of Ailes, the founder, in July 2016, and of Bill O’Reilly, then Fox’s biggest star, in April 2017. Those incidents have been much covered and discussed, and so there’s no need to hash them out further. Still, Ailes & Co. changed history; as I wrote in 2017, after I had left the network: Before Trump Nation, there was Fox Nation.

Soon thereafter, Shine, too, left Fox. It’s worth emphasizing that there was no evidence, nor even any reasonable suspicion, that Shine was personally culpable of anything; for him, it was a case of being in the wrong place at the wrong time. That is, when Fox was changing dramatically, the executive leadership, too, was going to change.

Shine, who had worked hard for everything he got, had nothing to say in public about his departure; by his nature, he’s a stoic workhorse. But I’ll bet that in his private moments he said to himself, I had a good run.

So now Shine seems destined to be joining a new staff, working in an even harder job, playing for even higher stakes. He’ll have things to learn, and yet he brings much to the task. So when the heads are being lost, he’ll keep his cool.

The Bill Shine I know has all the right skills, as well as the right temperament, for his new gig.  And so here’s prediction: He’ll have another good run.