Angel Mom Agnes Gibboney is blasting the hypocrisy of U.S. corporations who have vowed to help furloughed federal workers during the government shutdown, saying she “never” received an ounce of help when her son was murdered by an illegal alien.

Banks, wireless phone companies, and restaurants have set up hotlines where furloughed federal workers can call and receive help during the government shutdown as House and Senate Democrats refuse to fund a border wall to stop illegal immigration.

Gibboney — whose 29-year-old son Ronald Da Silva was killed by an illegal alien in 2002 in El Monte, California — says that help from corporate America was never extended to her when she lost her son.

“Never, never,” Gibboney said when asked if any businesses had stepped in to help her pay for her son’s funeral services. “In fact, it was all a business. Buy a casket, make the funeral arrangements, and if you want to be present for the opening and the closing of the ground, they charge you $350.”

“Everything was charged,” Gibboney said. I was given nothing.”

Gibboney also slammed Sen. Chuck Schumer (D-NY) after he appeared to mock Angel Families by holding up giant portraits of furloughed federal employees on Capitol Hill. Angel Families are known to protest and rally for immigration enforcement by carrying photos of their loved ones who have been killed and murdered by illegal aliens. 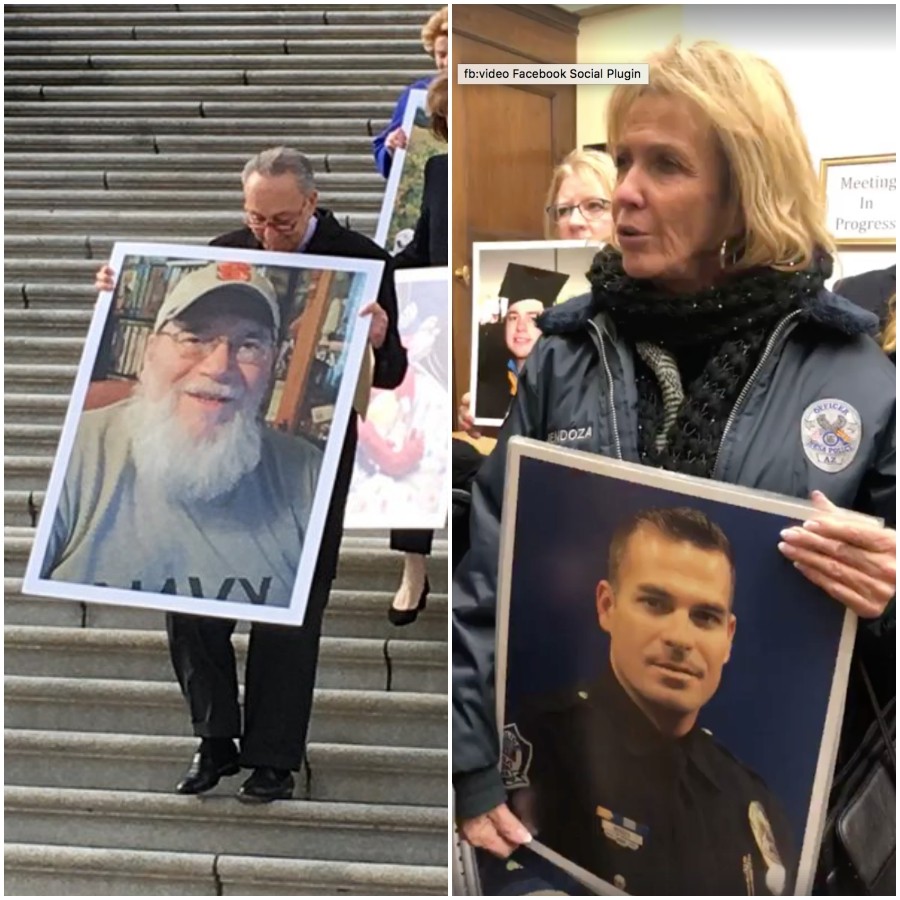 “Look, my son was murdered. He will never have a paycheck,” Gibboney said:

He will never get a back paycheck. And they’re complaining because this is the second or third week … how insane is that. America ought to be outraged with Congress, and I hope any Democrat out there would turn against [Democrat leadership] and say “You guys have gone too far. You do not mock families who have lost a loved one and compare them to someone who is losing a paycheck.”

“He’s mocking Angel Families,” Gibboney said. “He’s mocking those of us who have lost a child to an illegal alien. How condescending, how rude, how cold can a grown man, an old man, be and so childish at the same time. This was an insult, an insult. If they want to end this government shutdown, all [the Democrats] have to do is agree to something they agreed with before President Trump was the president.”

Since Christmas, there have been two high-profile murders of Americans allegedly killed by illegal aliens.