Protesters among the Women’s March in Washington, DC, Saturday called for free abortions for all, President Trump’s children to be caged, and for Trump to “drop dead.” 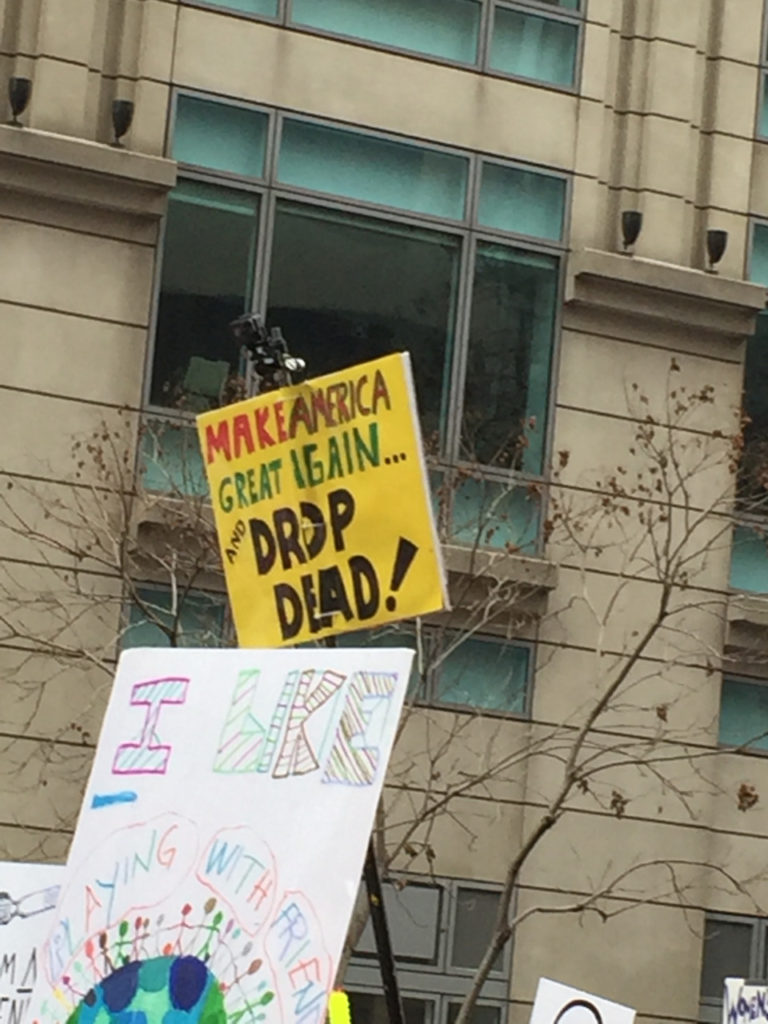 One protester called for Trump’s children to be caged. Barron Trump is only 12 years old. 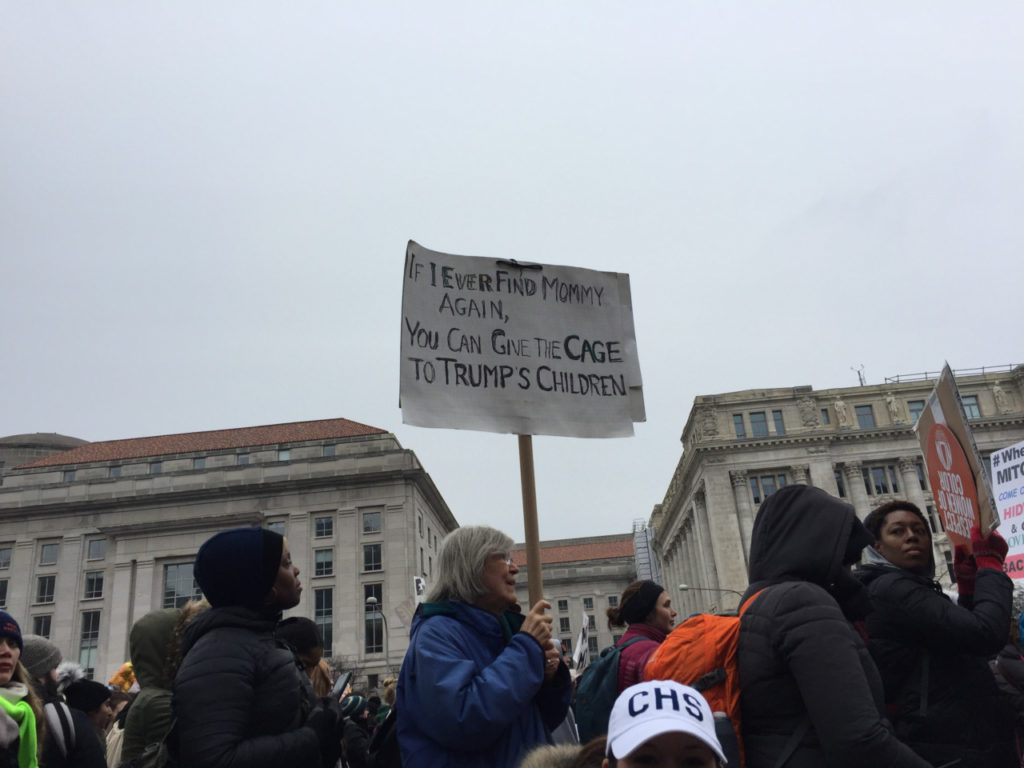 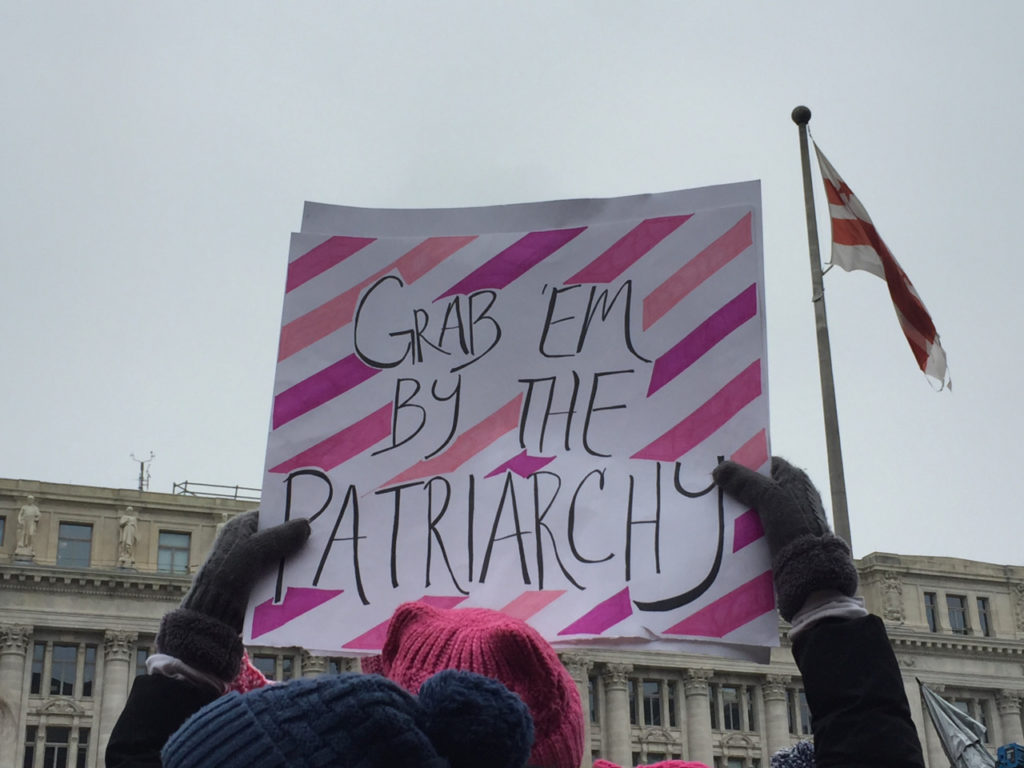 Another sign read, “Sex work is work.” A sign can also be seen that reads “Let’s RIOT.” 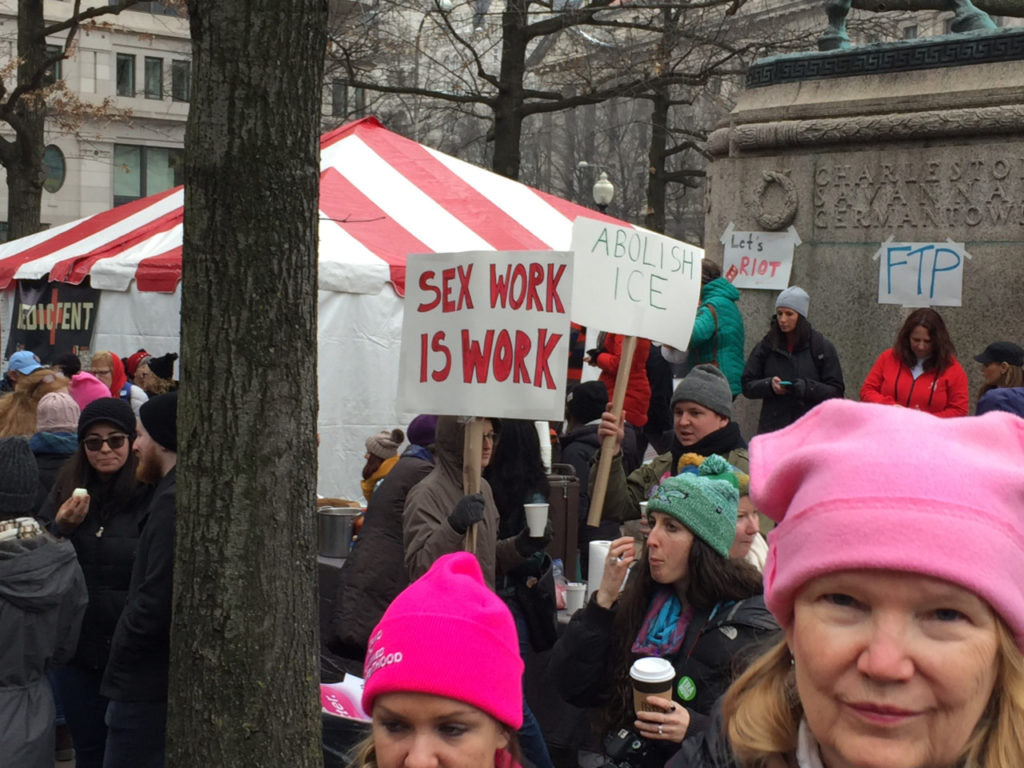 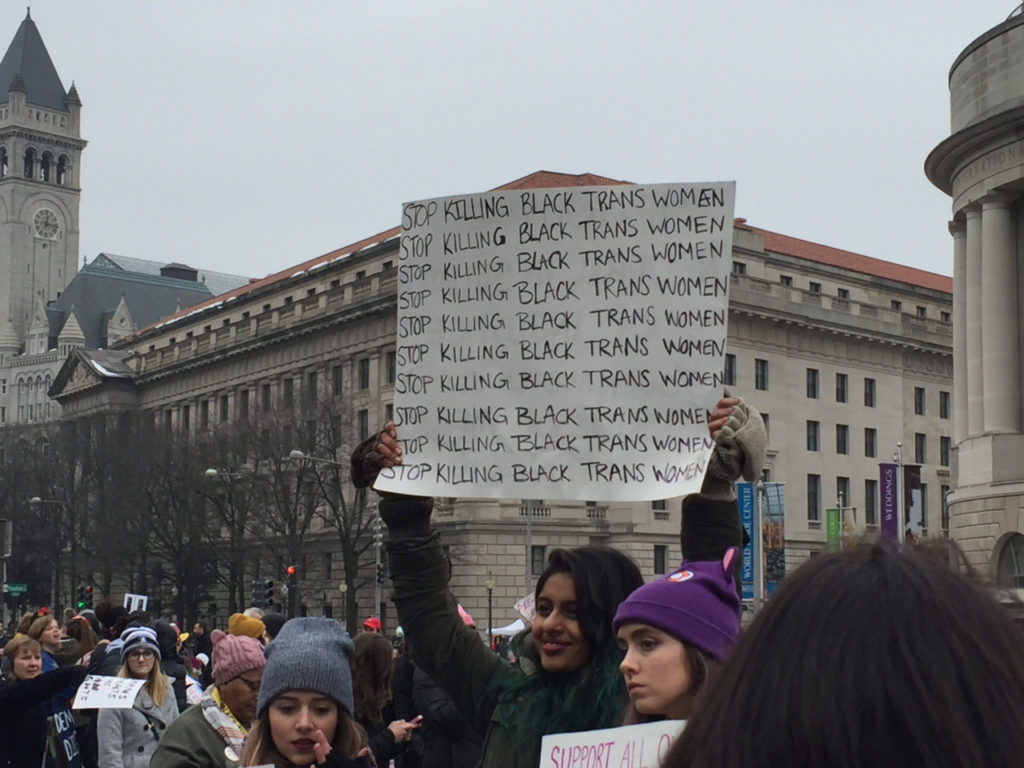 There were also several men with “Feminist Dad” signs. 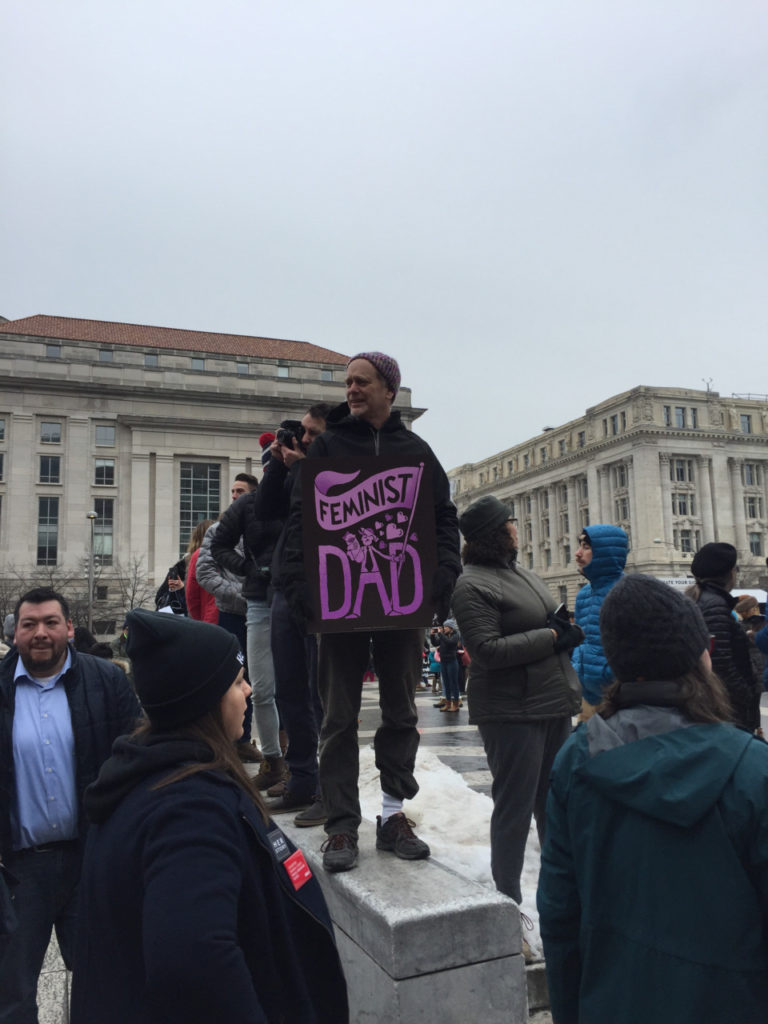 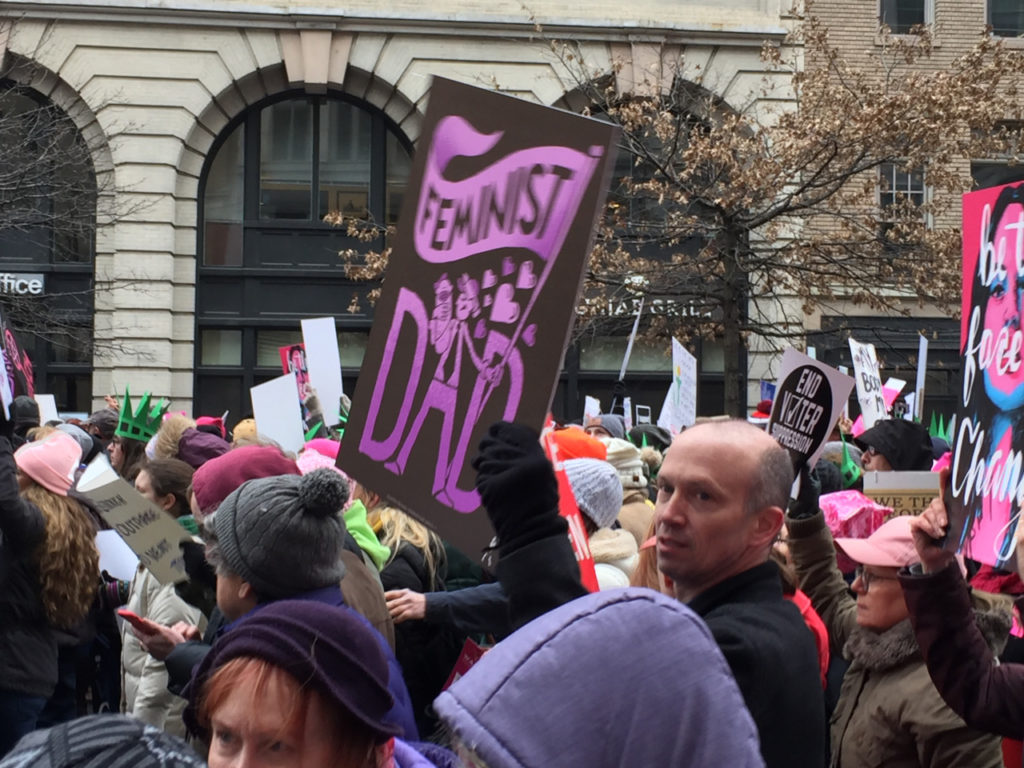 One protester informed onlookers that “Pussy is God.” 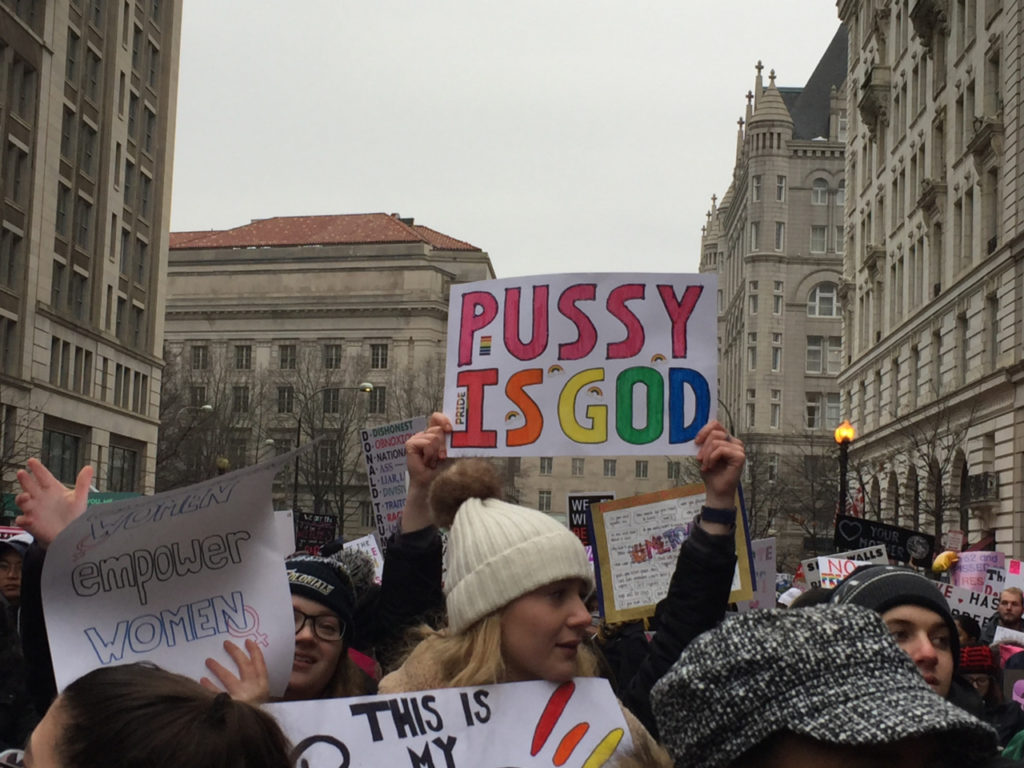 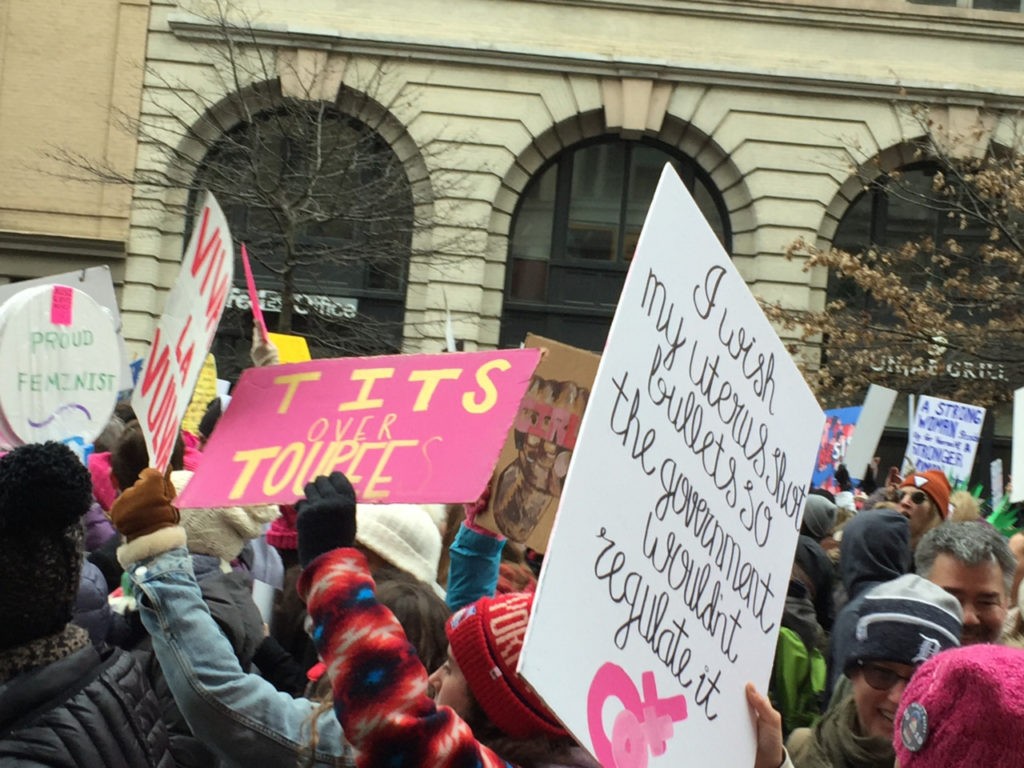 One sign read, “Welcome to the Bitchdom. We’re done being quiet!” 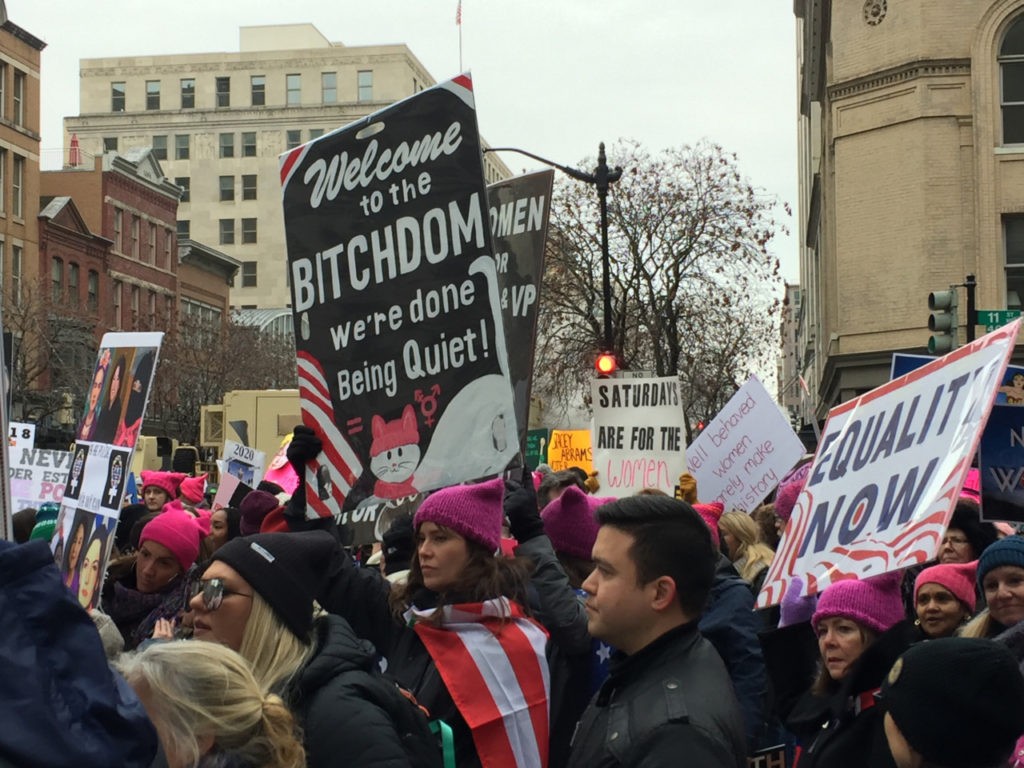 Check out all the photos from the march: 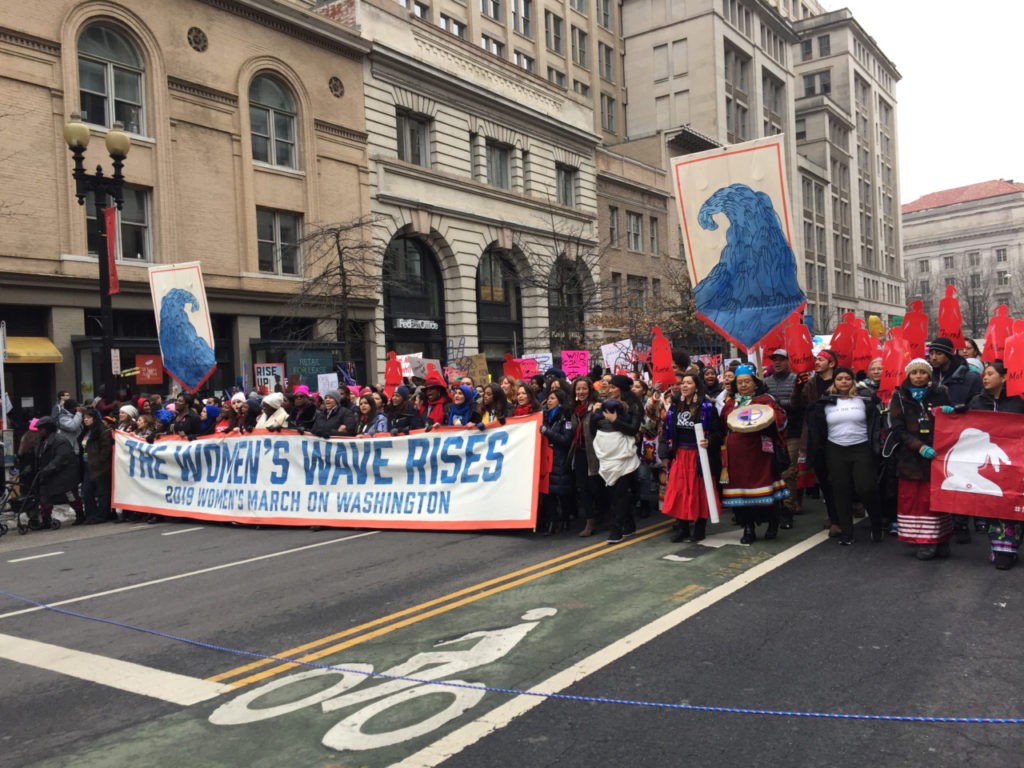 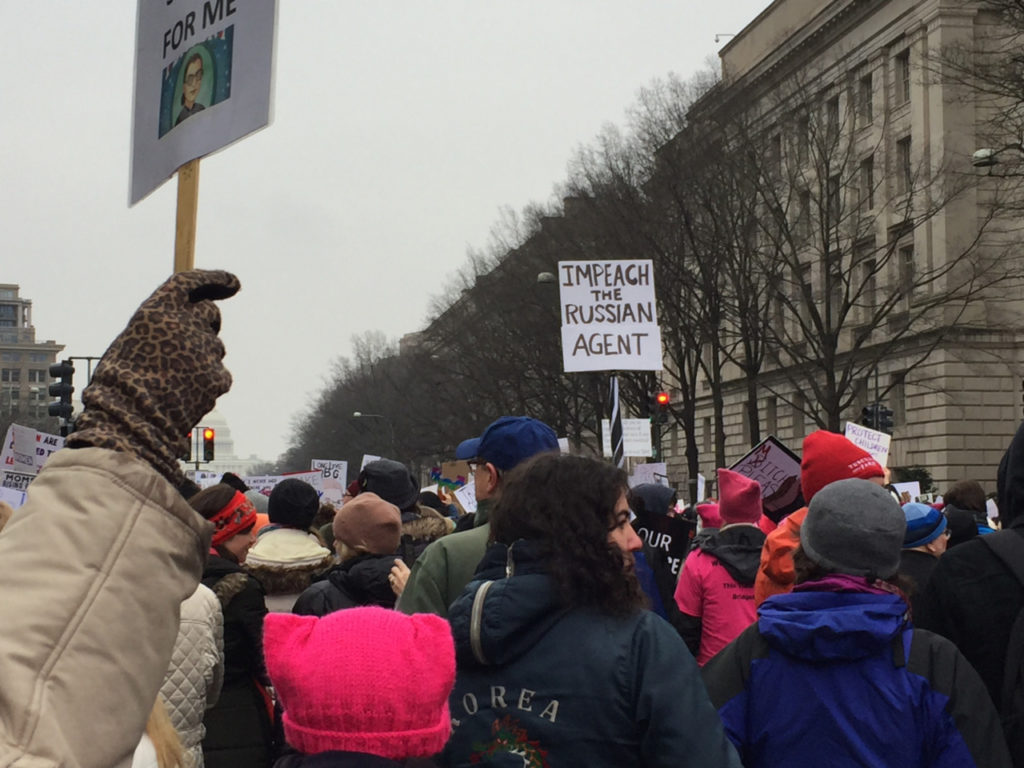 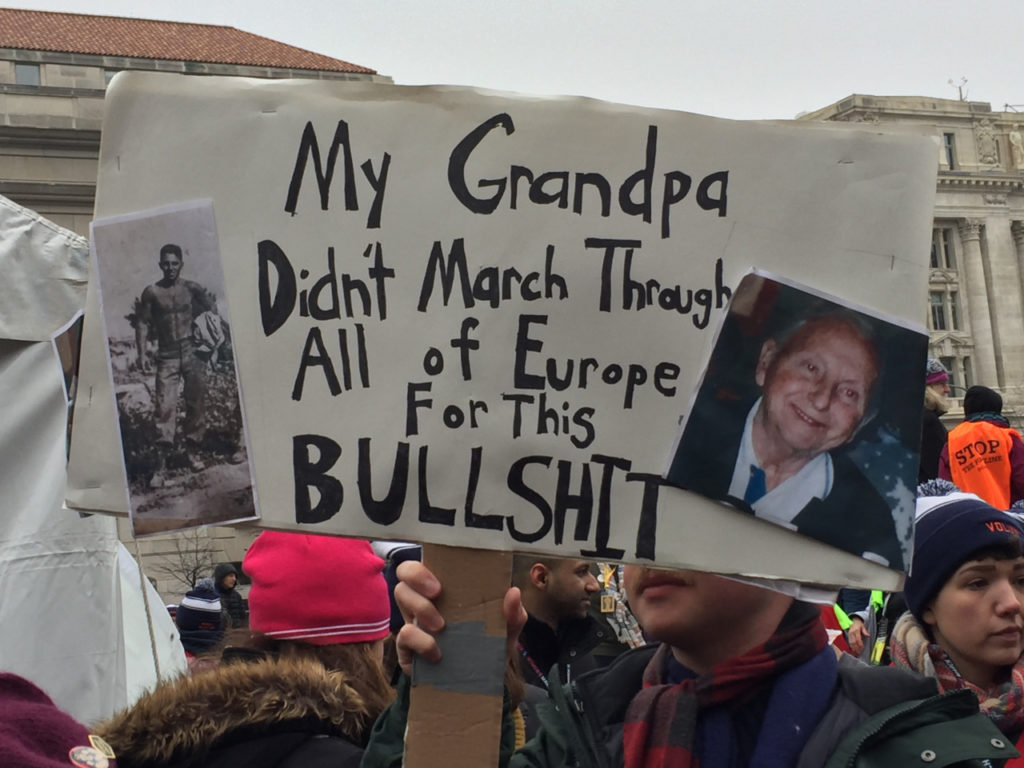 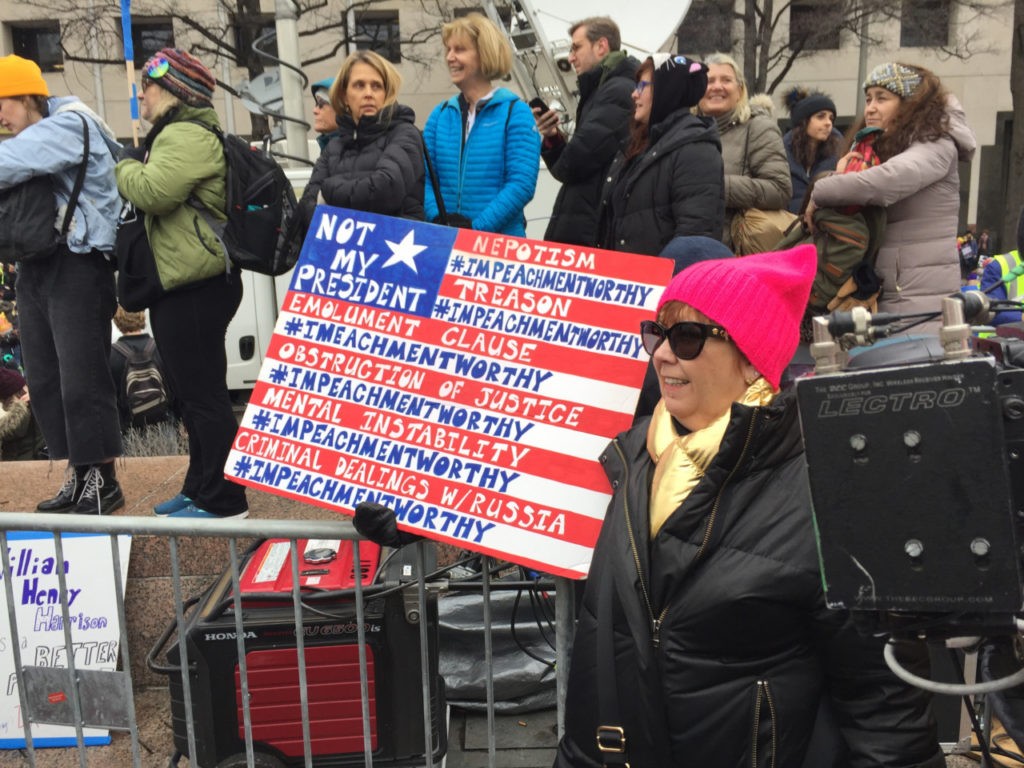 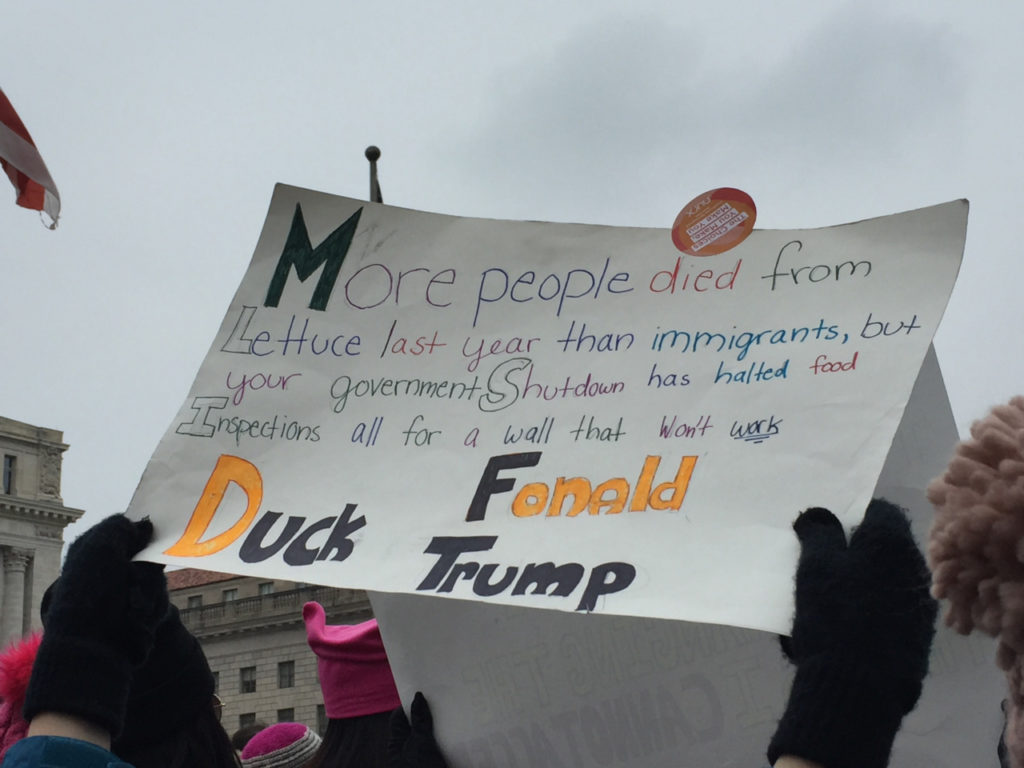 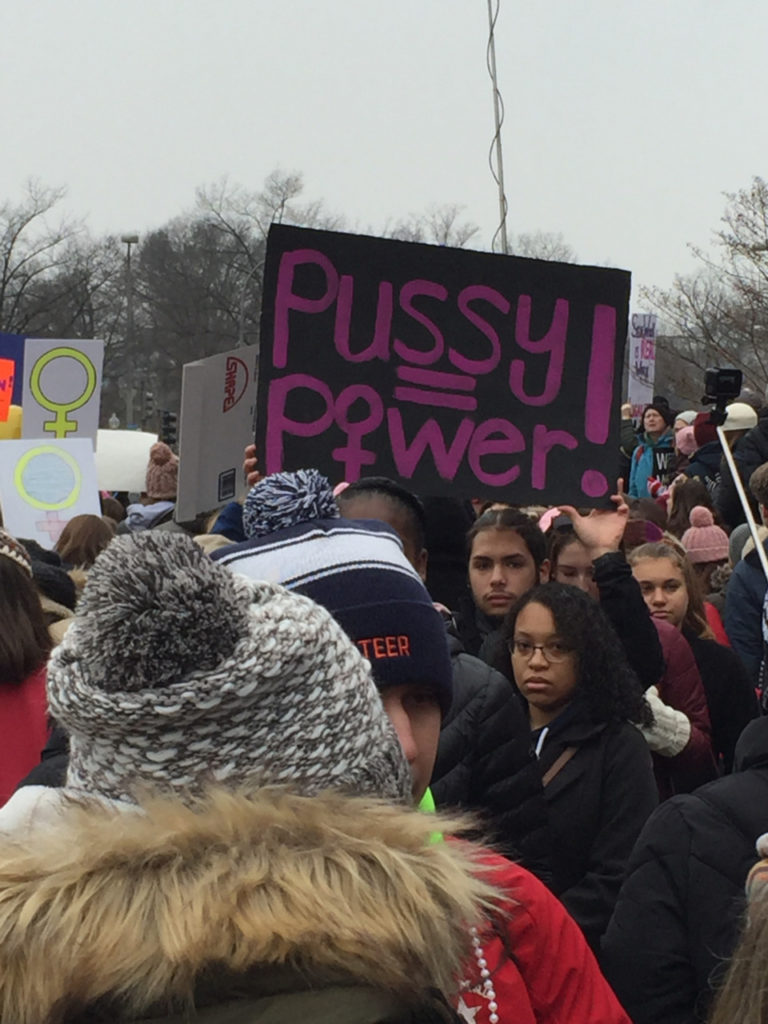 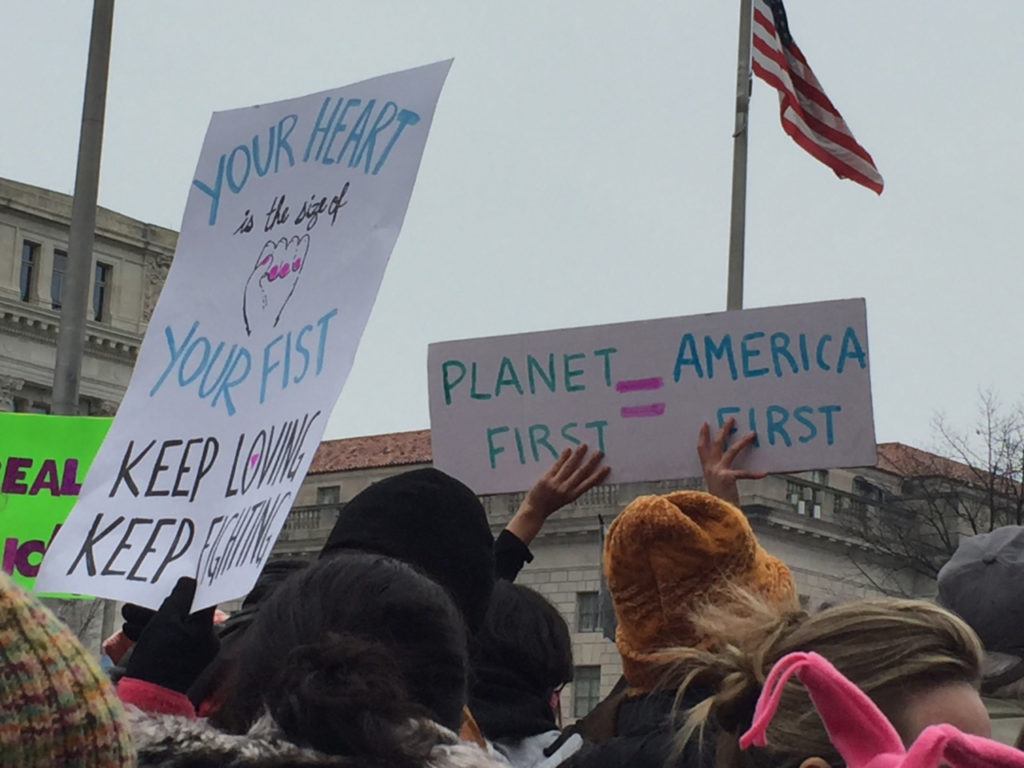 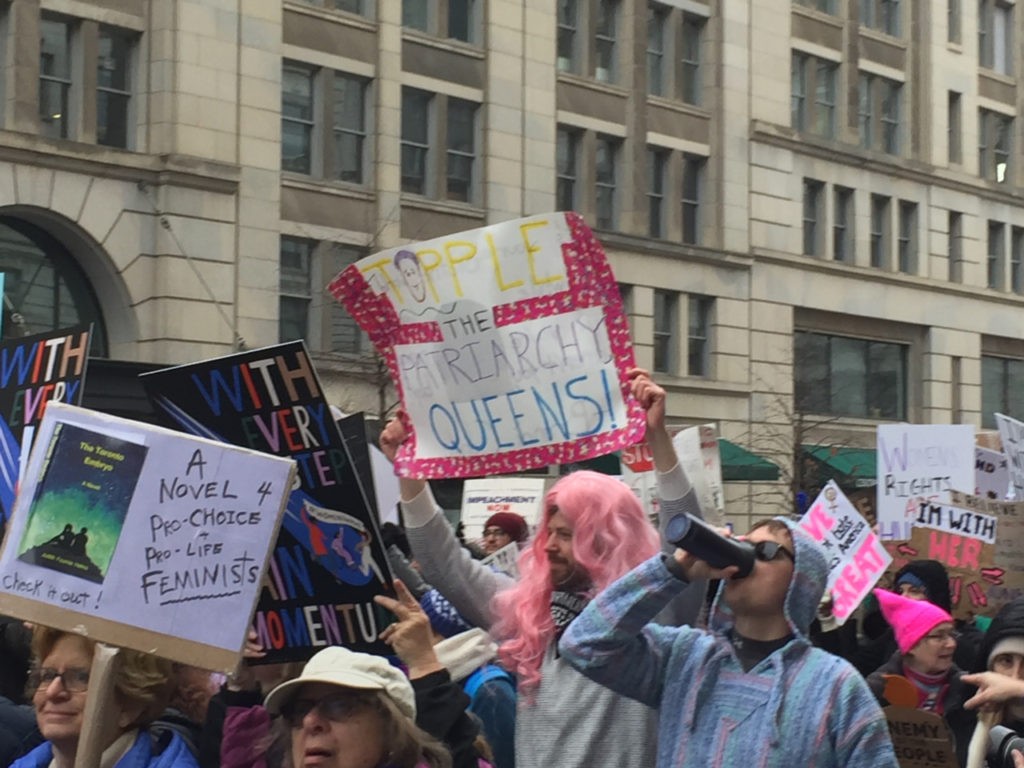 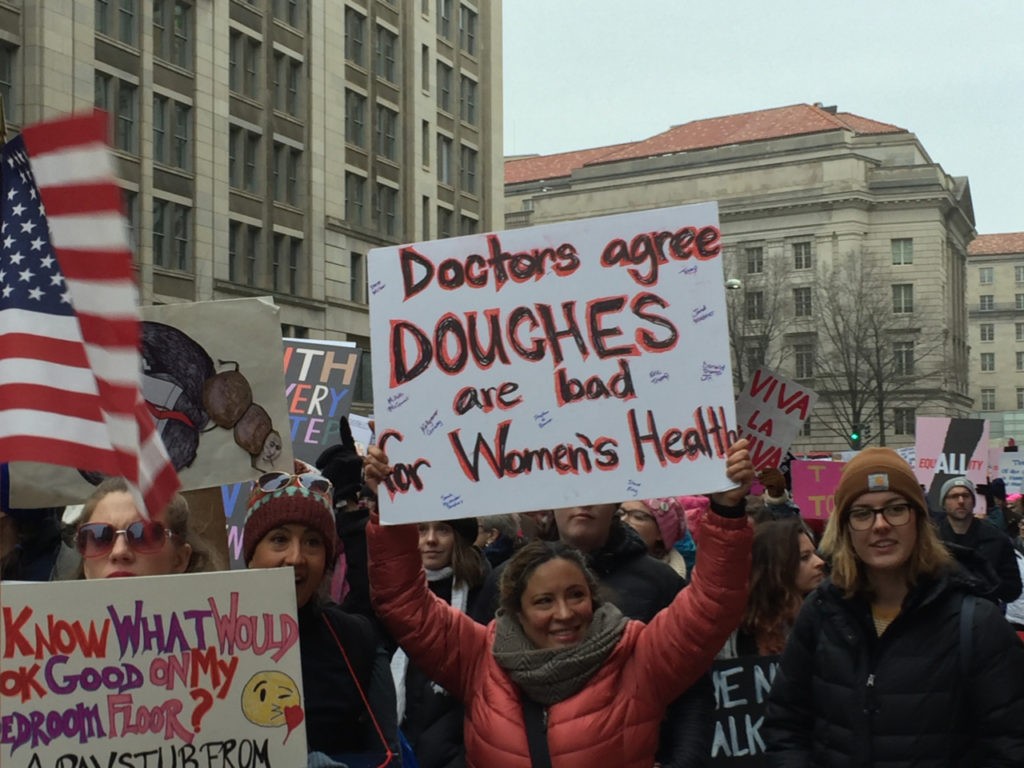 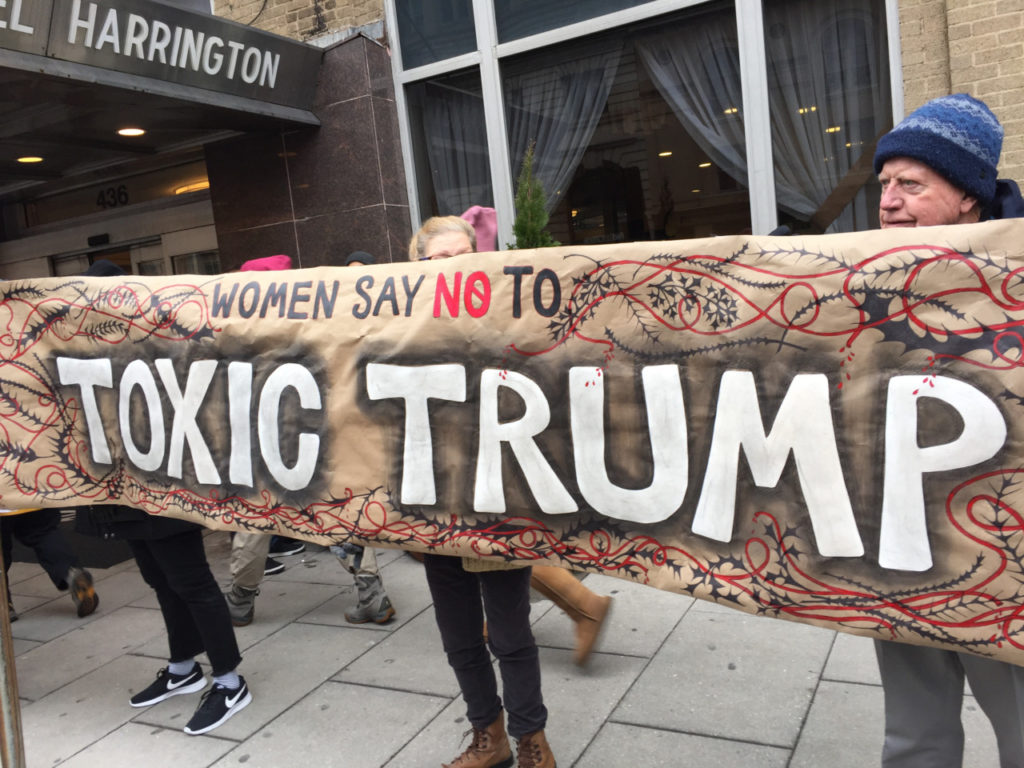 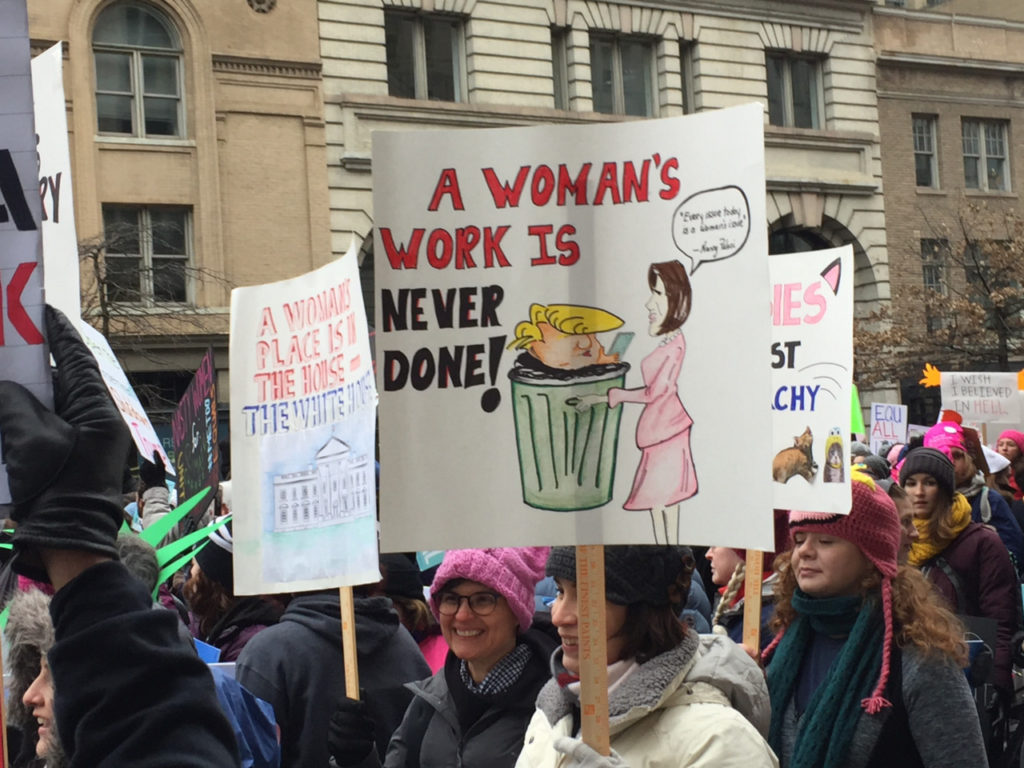 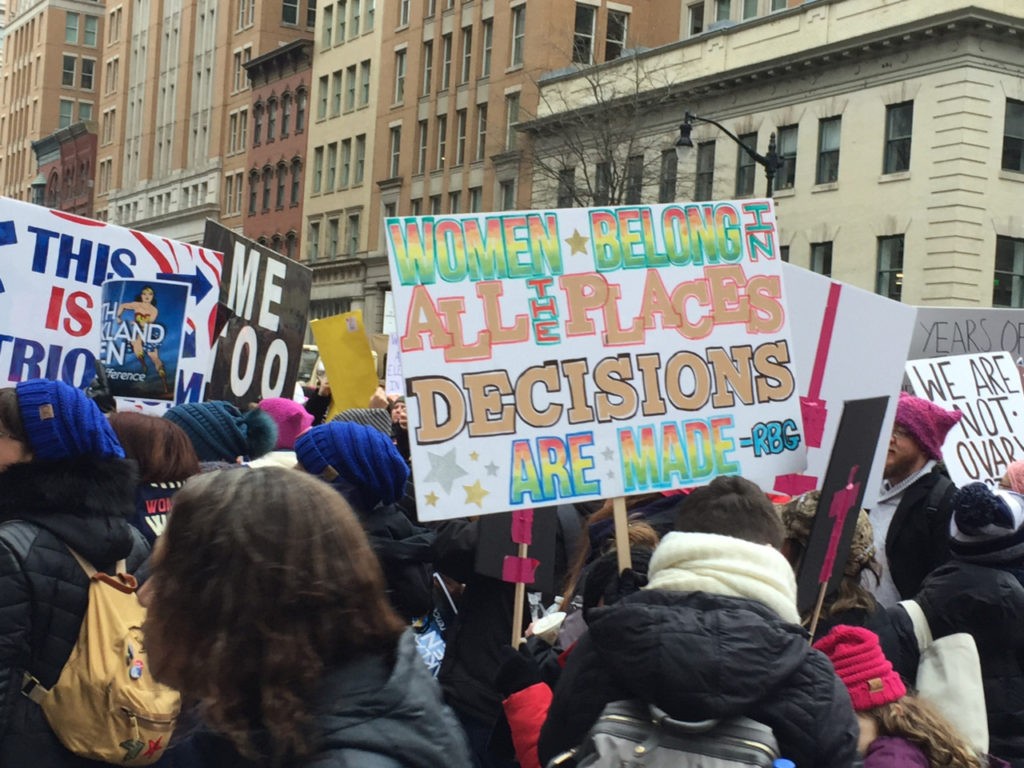 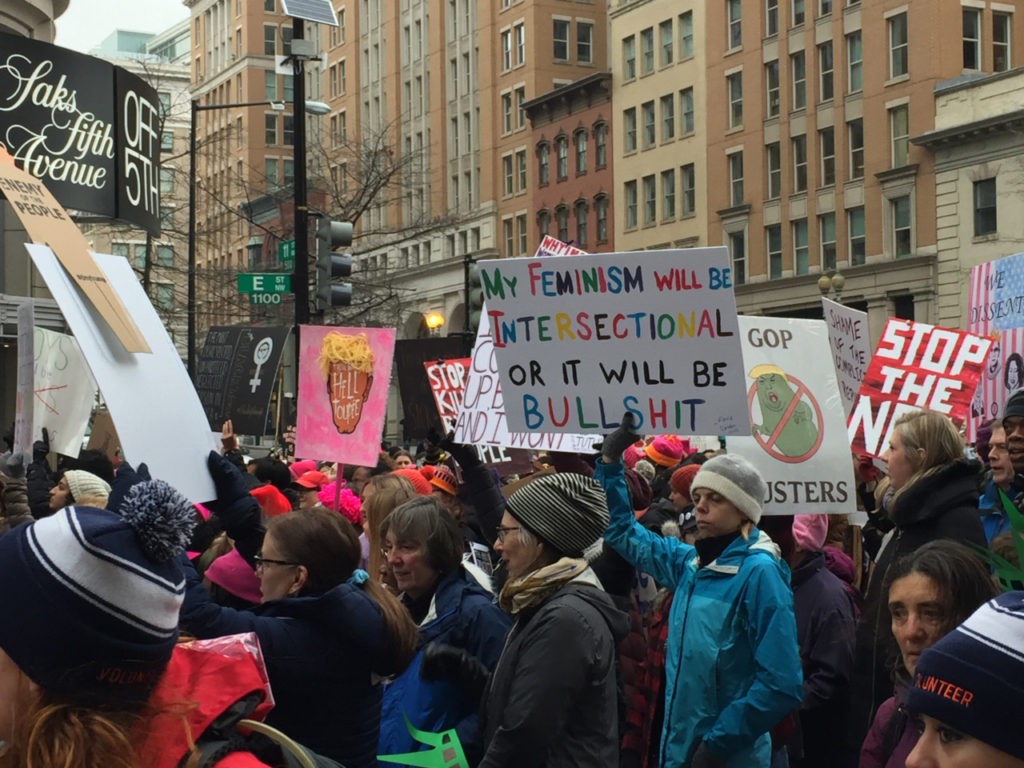 All photos by Justin Caruso/Breitbart News.

Other photos captured by Breitbart News’ Matthew Perdie show demonstrators holding signs reading “White Old Men…Extinction Nearing!” Another woman held a sign reading “Anything you can do I can do bleeding.”

This year’s march takes place as there is controversy over the organizers’ ties to anti-Semitic preacher Louis Farrakhan.