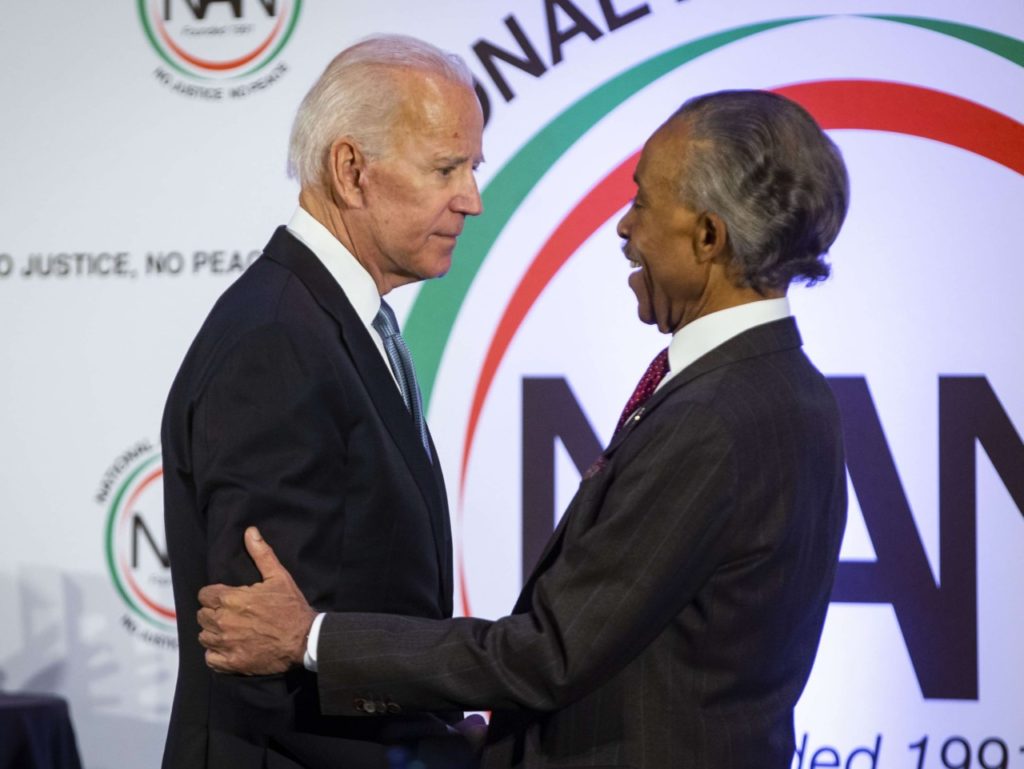 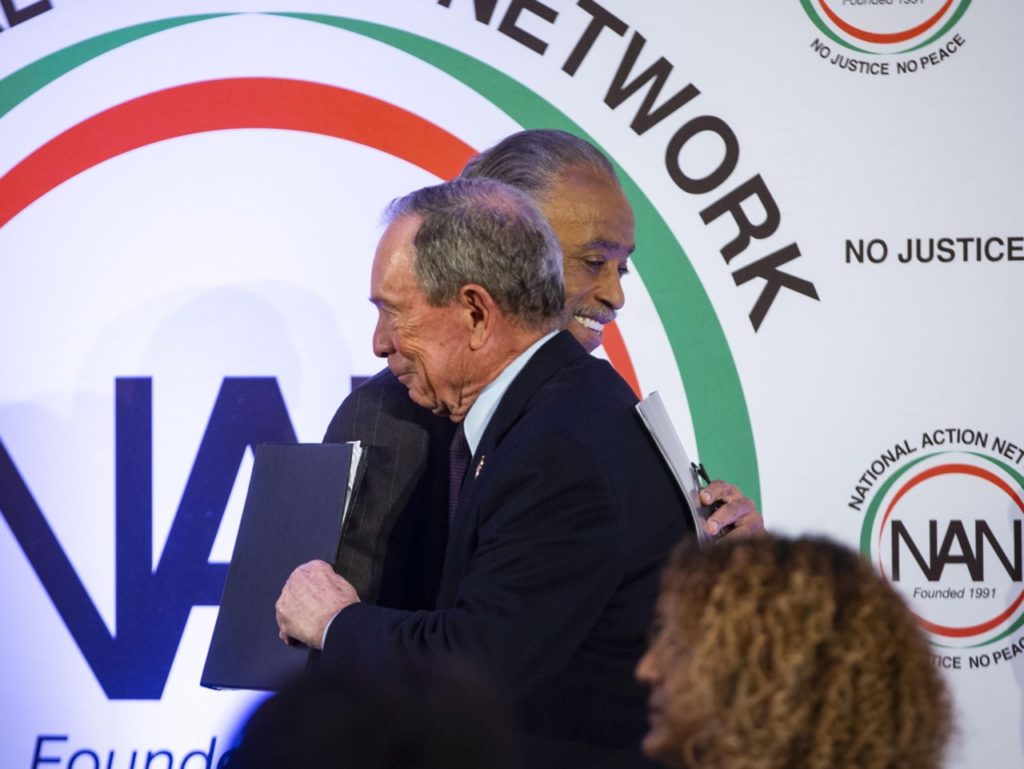 Sen. Kirsten Gillibrand (D-NY) has attended several Sharpton/NAN events, including a post-election meeting held by NAN on Capitol Hill in November,  and a Dr. Martin Luther King Jr. Day rallies in New York in 2018 and 2019: 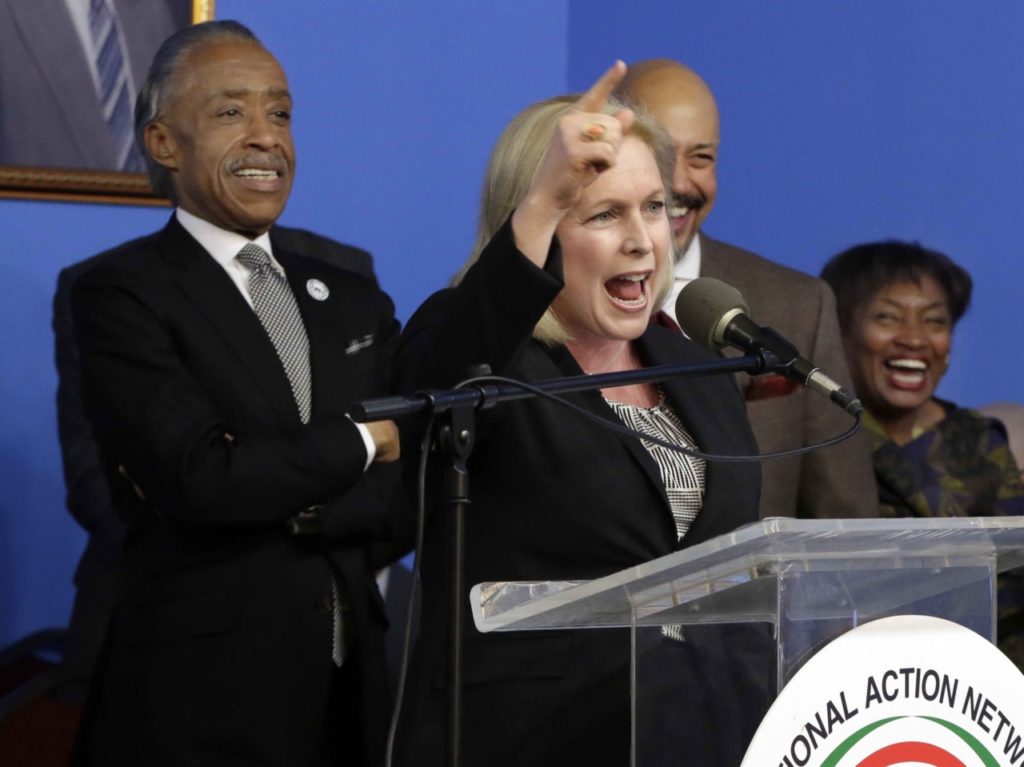 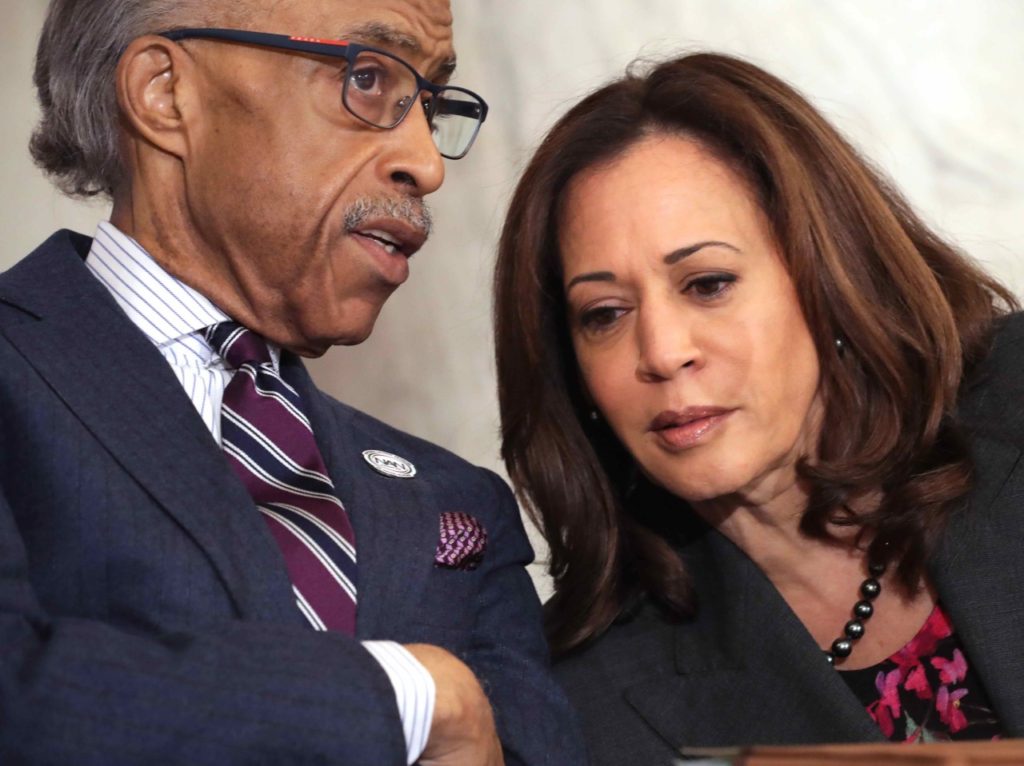 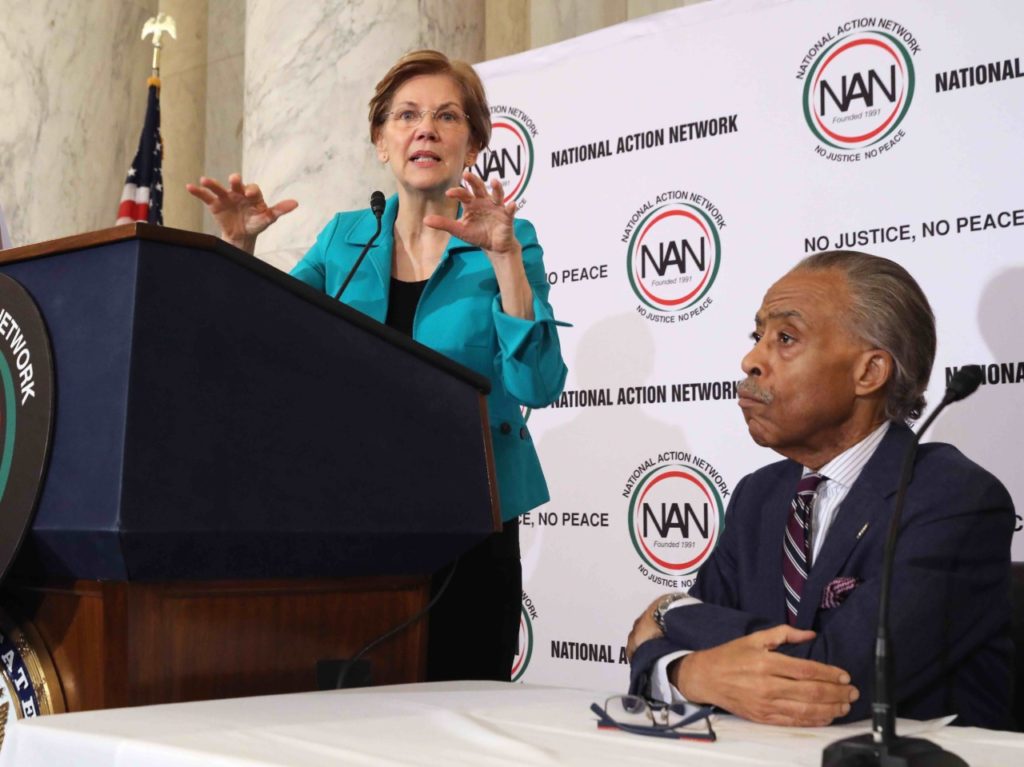 WASHINGTON, DC – NOVEMBER 13: The Rev. Al Sharpton (R) listens to Sen. Elizabeth Warren (D-MA) as she addresses Sharpton’s National Action Network during a post-midterm election meeting in the Kennedy Caucus Room at the Russell Senate Office Building on Capitol Hill November 13, 2018 in Washington, DC. Politicians believed to be considering a run for the 2020 Democratic party nomination, including Warren and Sen. Kamala Harris (D-CA), addressed the network meeting to talk about their legislative priorities. (Photo by Chip Somodevilla/Getty Images)

Sharpton has a long history of controversial racial rhetoric. In the notorious Tawana Brawley case in 1987, Sharpton backed a teenager’s false accusations of rape, stirring racial divisions in New York and across the country. When he was successfully sued for defamation, he refused to pay the judgement, and supporters had to step in on his behalf. Sharpton still refuses to apologize for his role.

In 1991, Sharpton helped incite riots against religious Jews in the Crown Heights neighborhood of Brooklyn after a black child was killed in a car accident. An enraged mob murdered a visiting Jewish religious student, Yankel Rosenbaum. Rosenbaum’s brother told Breitbart News in 2012: “I have never seen a person be able to avoid being held accountable in substantive terms for his various and significant serious otherwise well publicized misdeeds over such a prolonged period of time, as Sharpton. This is truly an indictment on all those who have done so in the past and continue to do so.” (Sharpton acknowledged some of his “mistakes” in Crown Heights, while protesting his innocence, in a 2011 op-ed in the New York Daily News.)

In another riot in 1995, Sharpton led protests against Freddy’s Fashion Mart, a Jewish-owned store in Harlem, after it was forced to raise the rent on a sub-tenant, a black-owned record store. (Sharpton called the owner a “white interloper.”) One of the protesters later shot four employees and set the store on fire, bringing the death total to seven.

As of 2008, Sharpton’s NAN had massive debts and owed $2 million in taxes, which it claimed to be paying off. In 2014, the New York Times reported that Sharpton had “more than $4.5 million in current state and federal tax liens against him and his for-profit businesses,” which he denied. And in 2009, Sharpton and NAN agreed to pay $285,000 in civil penalties after the Federal Election Commission found that NAN had made improper contributions to his 2004 presidential campaign, when he ran unsuccessfully for the Democratic Party nomination.

In 2012, Sharpton and NAN played a key role in inflaming national division and outrage over the death of Trayvon Martin, who was shot and killed during a scuffle with neighborhood watch volunteer George Zimmerman in Sanford, Florida. Sharpton promoted false reports that Zimmerman used what Sharpton called “racial language” in speaking with police. He used his prime-time program on MSNBC to promote the story, including the claim that Zimmerman — whose mother is Peruvian — was “white,” implying racial bias in the killing.

Despite that record, Sharpton has been rehabilitated by the left and the mainstream media. He hosted Saturday Night Live in 2003. He spoke to the Democratic National Convention in 2004 (breaking with his prepared text to aim a racially-tinged attack at President George W. Bush). He was hired as a host by MSNBC in 2011.

But the most important event in Sharpton’s journey from the fringe to the mainstream was President Barack Obama’s decision to embrace him in 2011, even as other black leaders on the left stepped up their criticism of the administration.

As the Daily Beast reported:

Obama stayed so far away from Sharpton during the 2008 campaign that Sharpton, with Obama’s blessing, never even endorsed him. Yet not only did Obama just become the first president ever to appear at the annual conference of Sharpton’s National Action Network, ten top Obama aides, including six cabinet members, Valerie Jarrett and David Axelrod, spoke at various sessions of the four-day event.

Today, Democratic hopefuls are beating a path to Sharpton’s door, eager to speak at his NAN podium — with the slogan, “No Justice, No Peace” emblazoned behind them.

And the media remain largely silent about Sharpton’s past.