Unions, activists, and a sprinkling of furloughed federal workers protested silently initially before chanting at Congress in the Hart Senate building Wednesday afternoon.

A protest organizer brandishing a triangle chime led the group into 33 minutes of silence for the 33 days the government has been partially shut down: 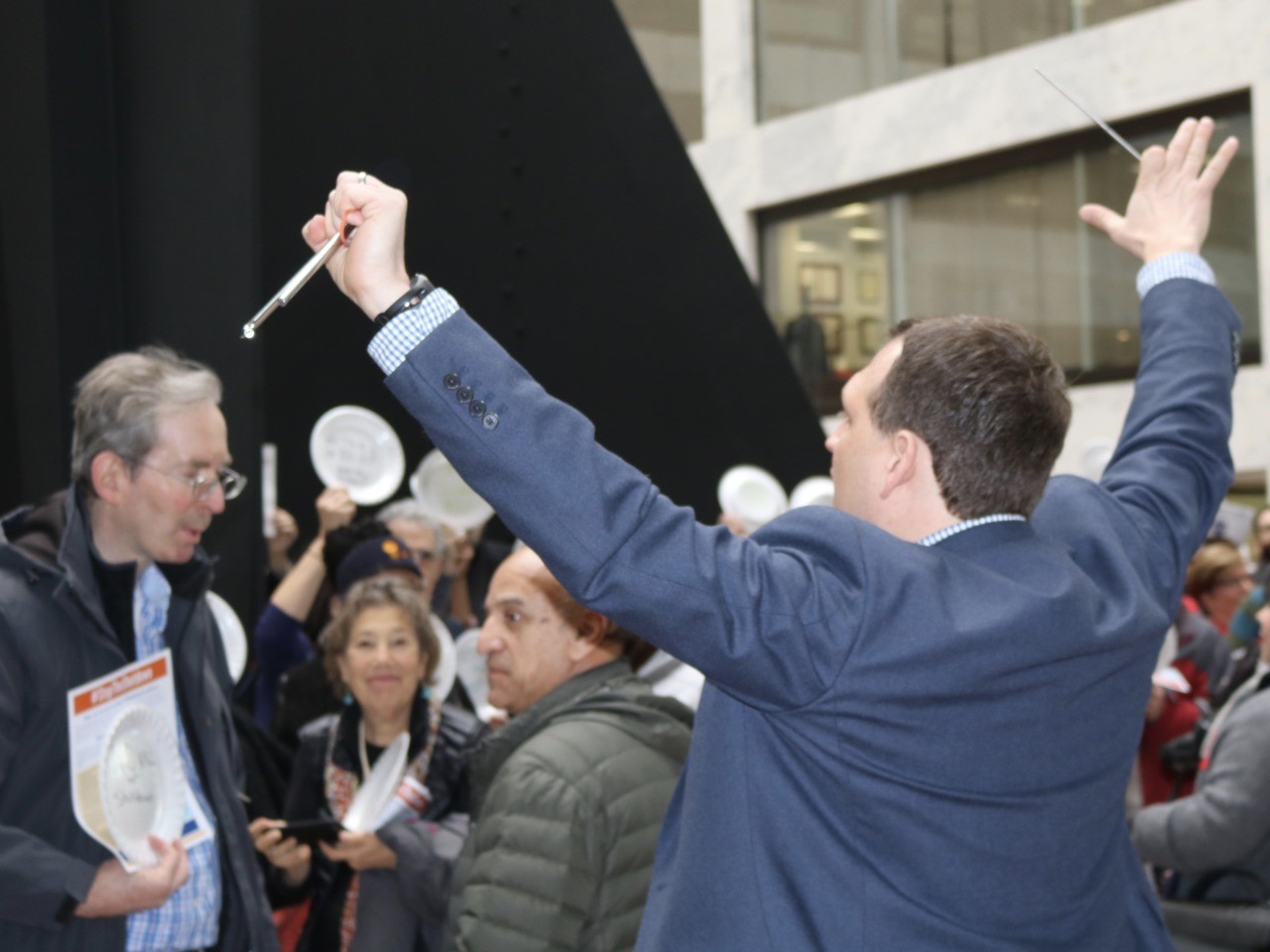 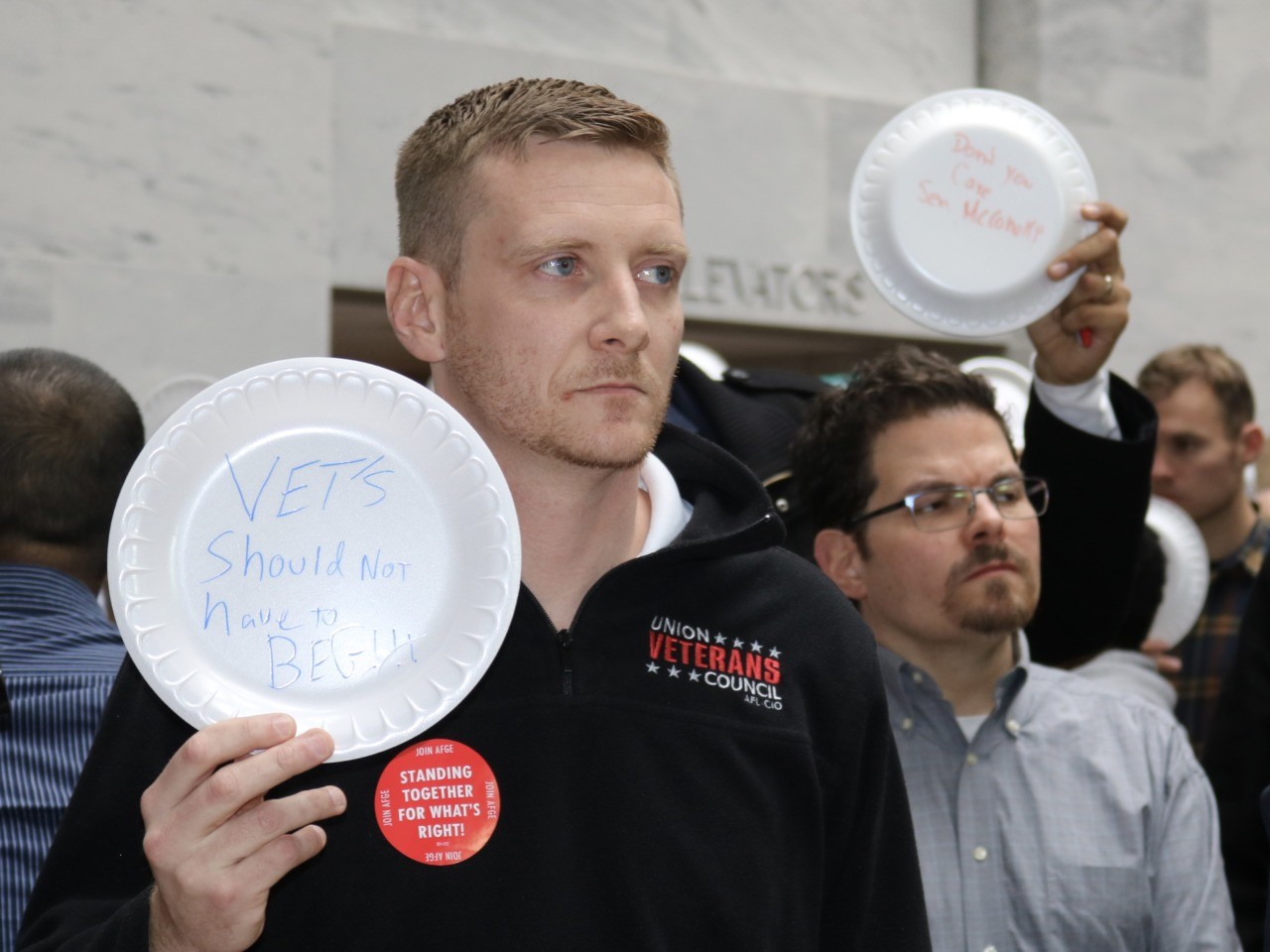 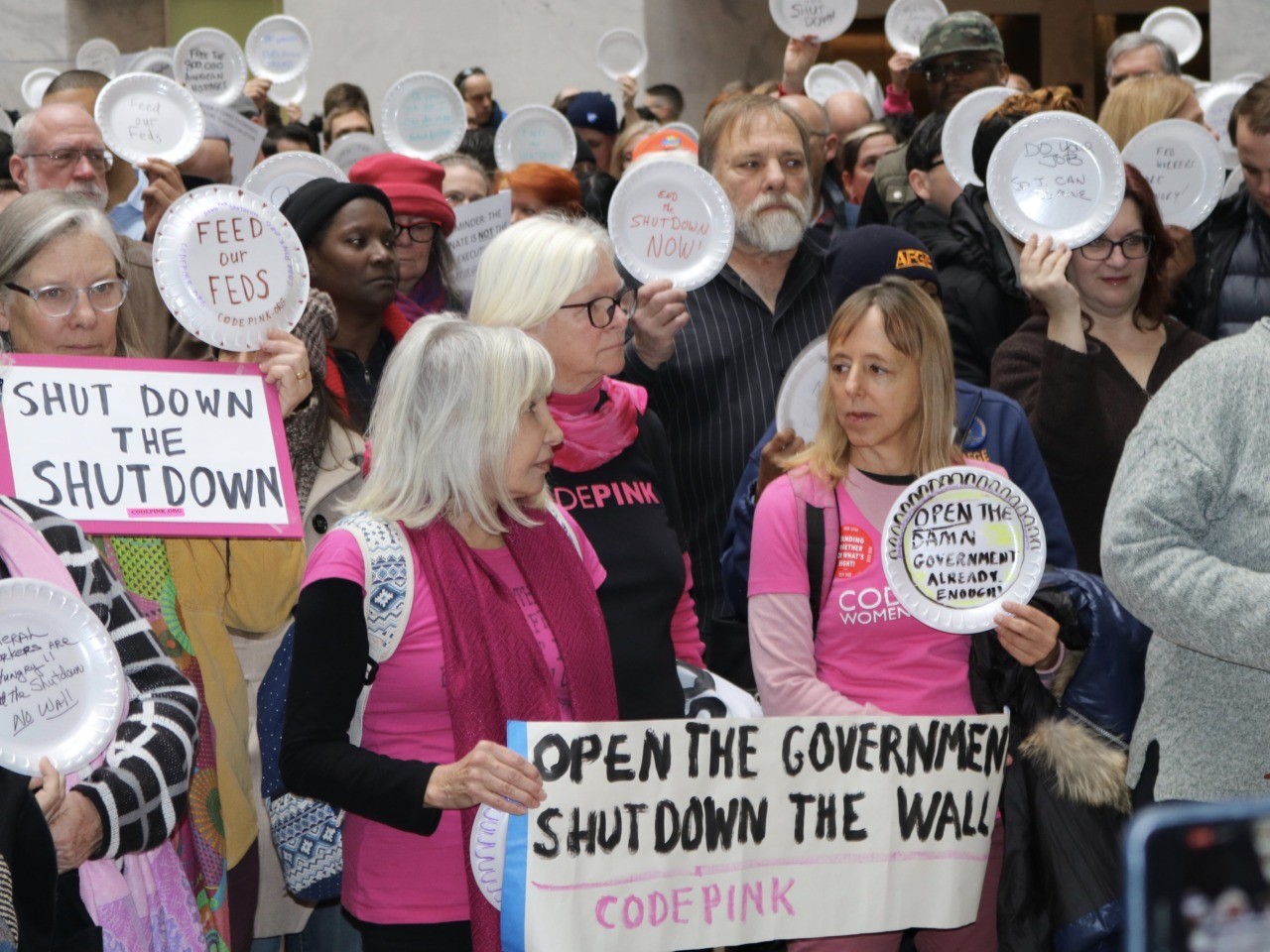 A chime-striking organizer gave directions to around 200 shutdown protesters in the atrium of the Hart Senate office building Wednesday. He directed the group in 33 minutes of silent protest before leading the group in coordinated chanting. 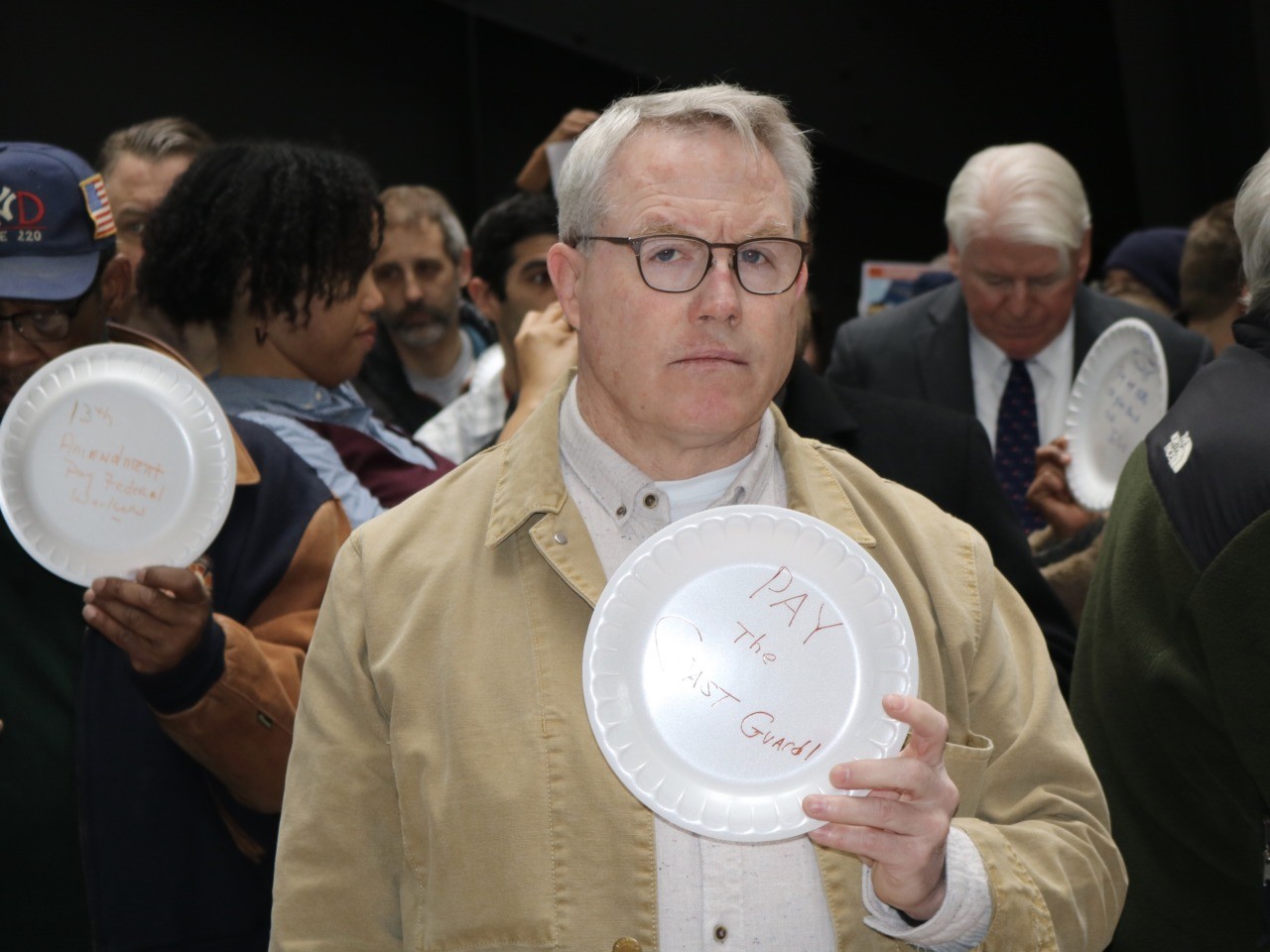 Protesters held disposable plates with hand-written messages on them. 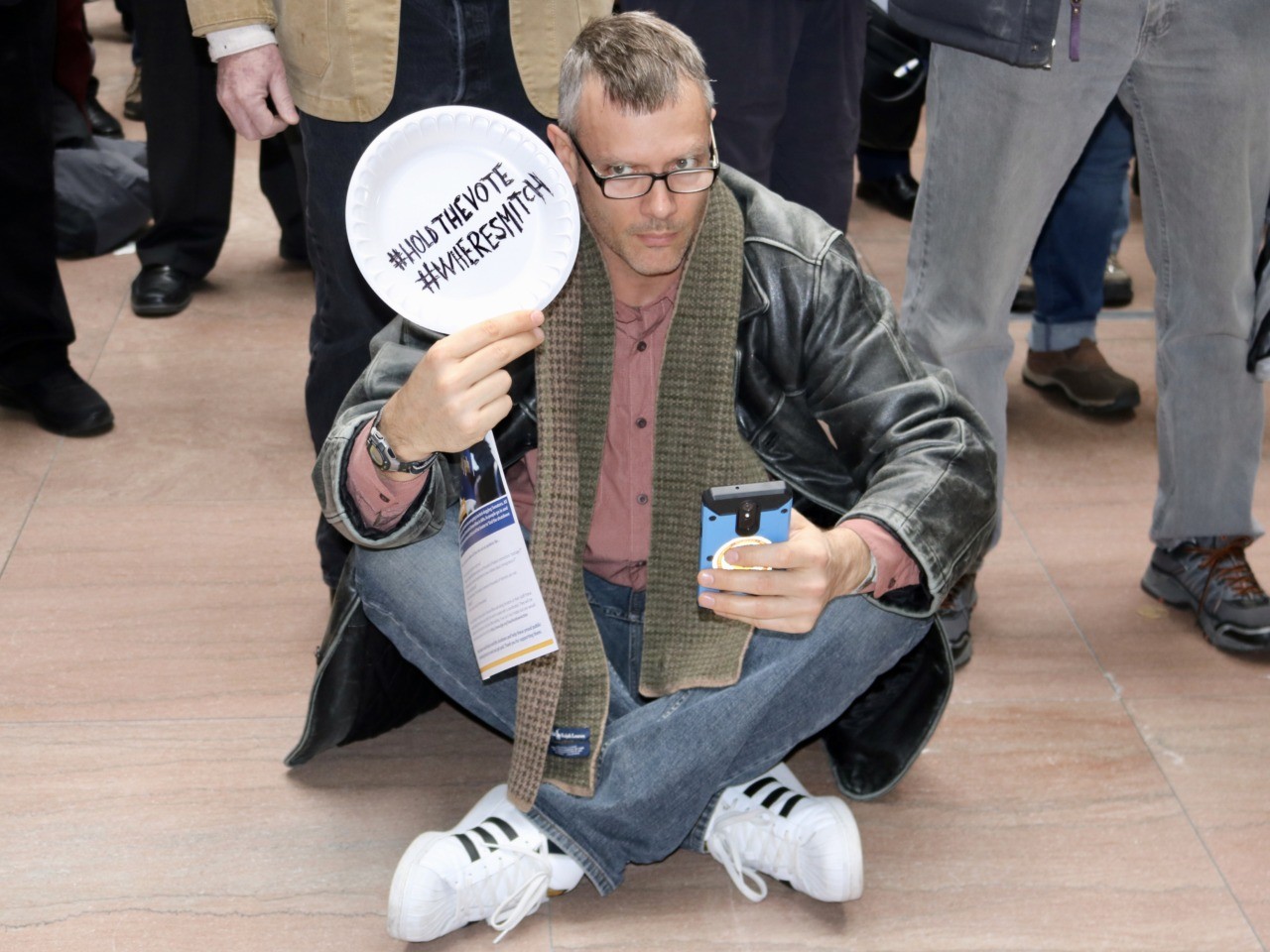 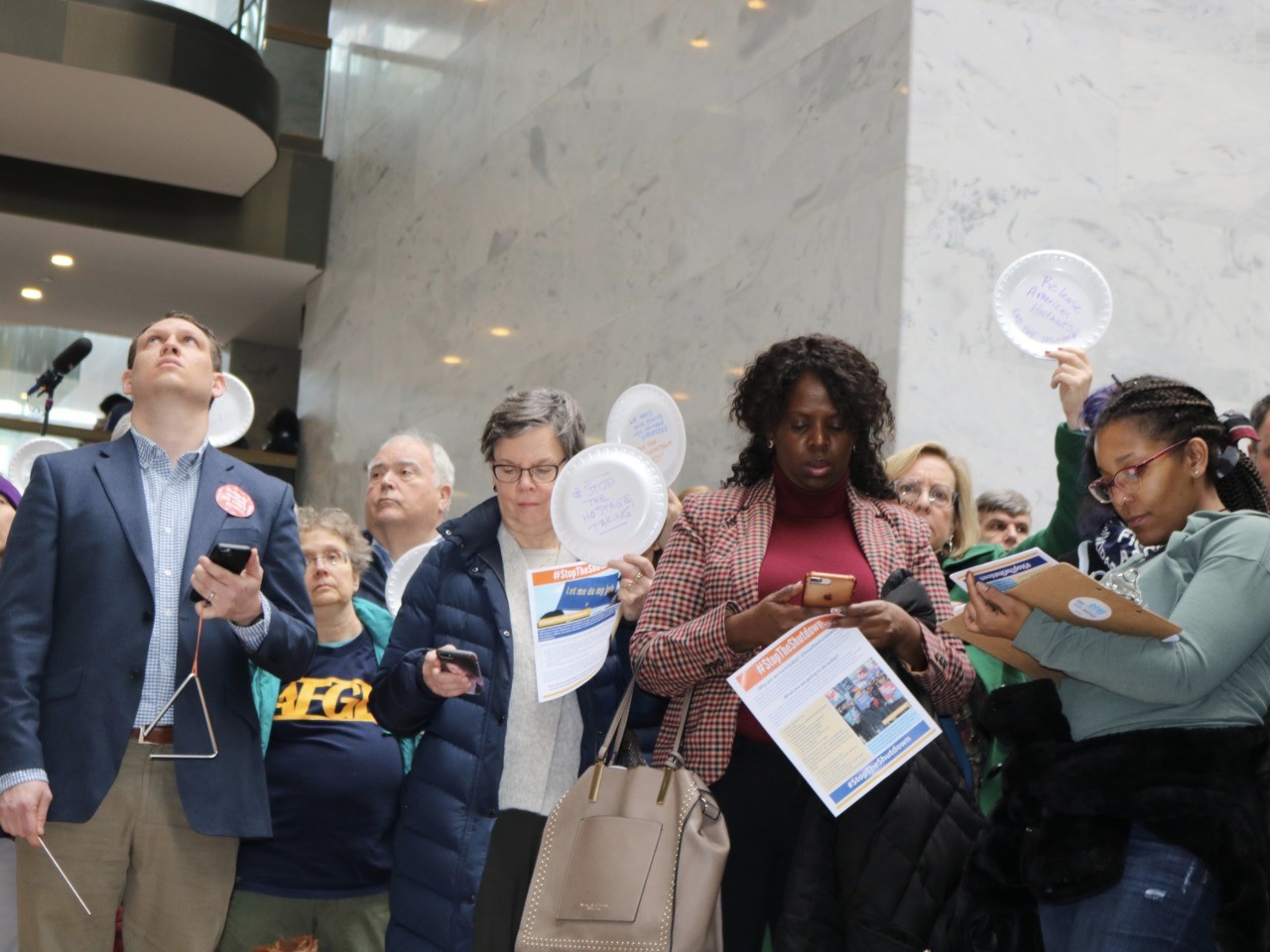 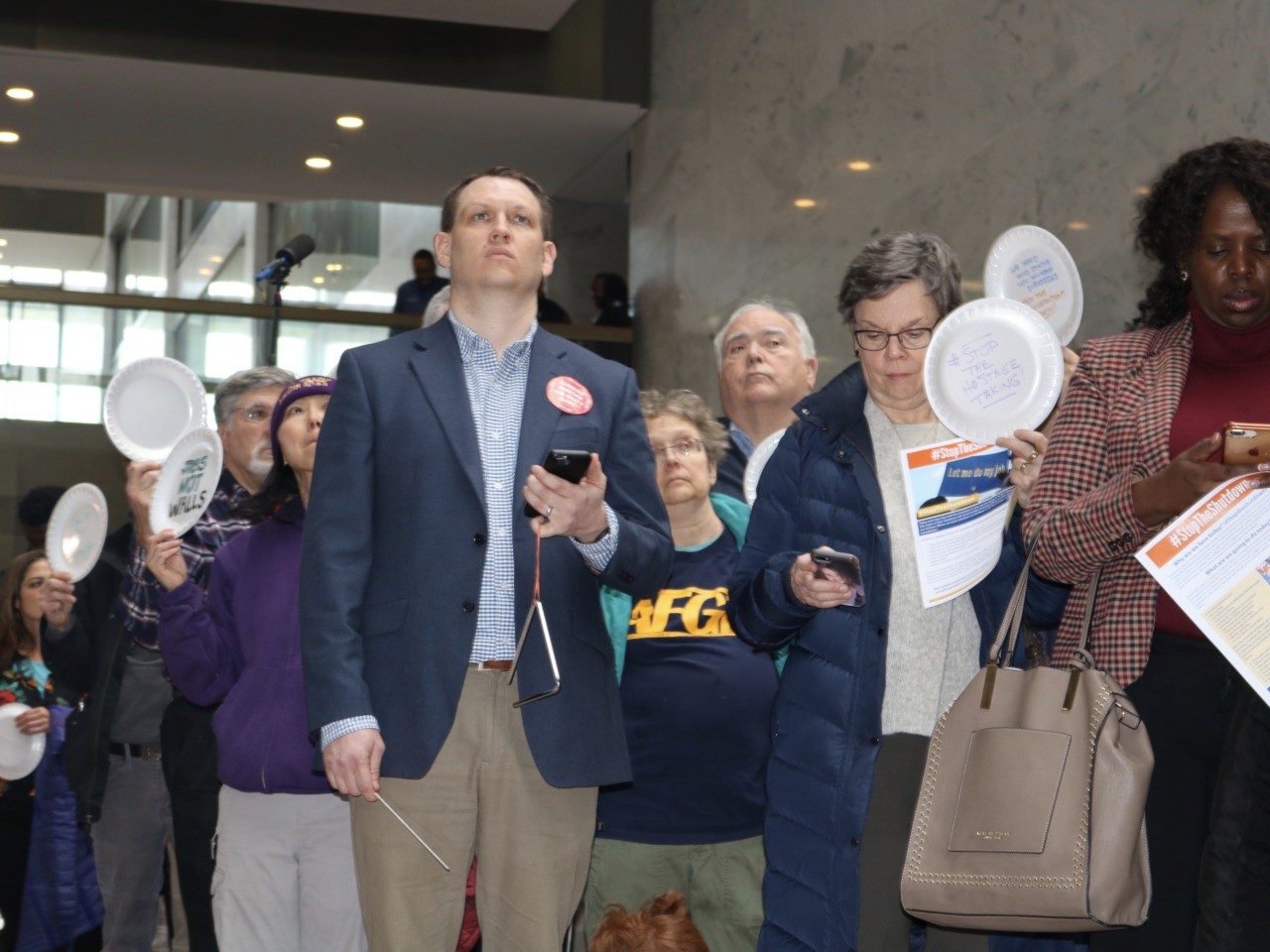 The group organizer instructed protesters to disburse once police asked them to. Shortly after the protest chants began, the group quieted and began disbursing.

When the silence ended, the group began chanting, including this chant, “no more food banks, they need paychecks.” 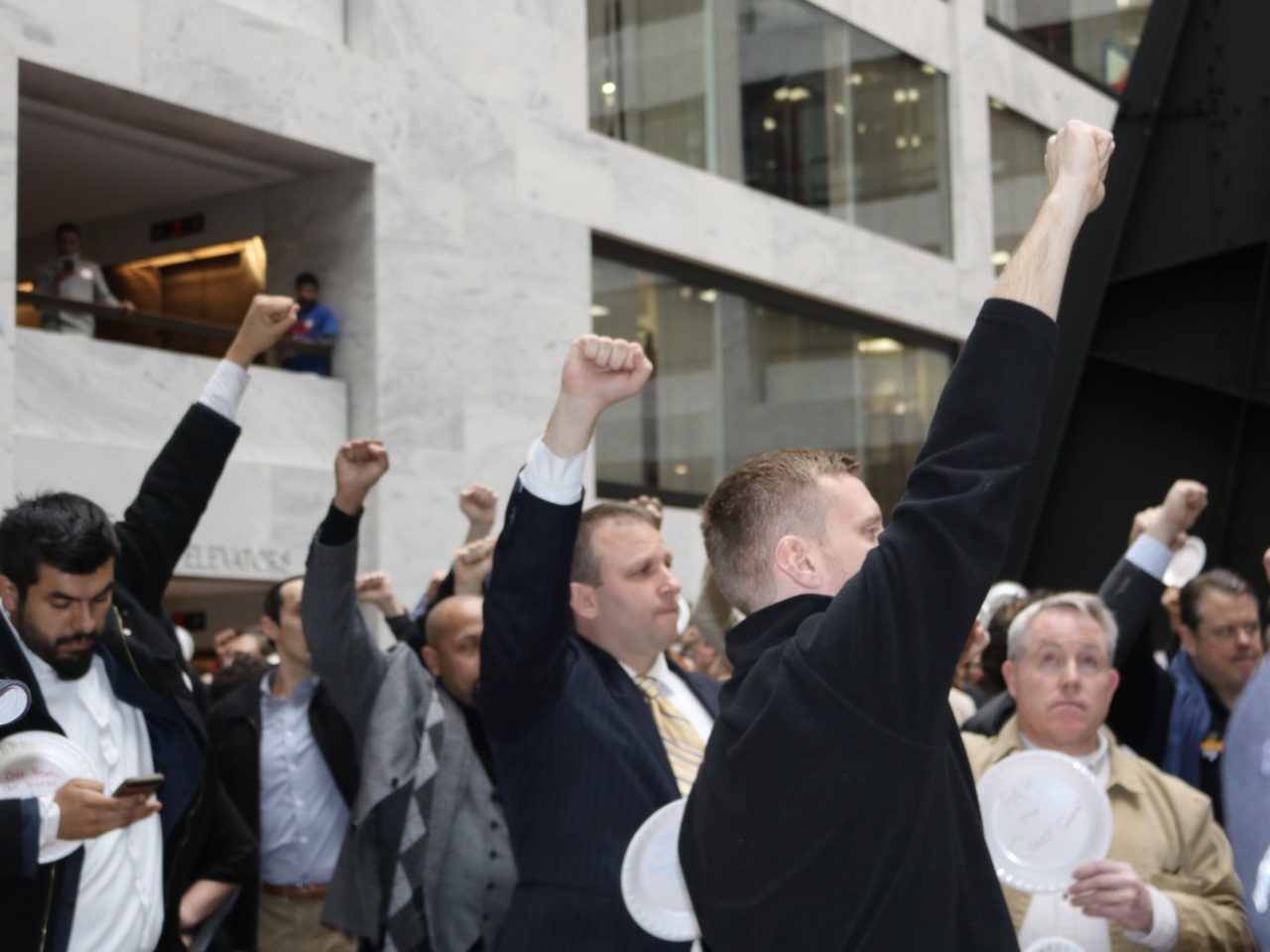 Chanting begins at the end of the protest (Credit: Michelle Moons/Breitbart News) 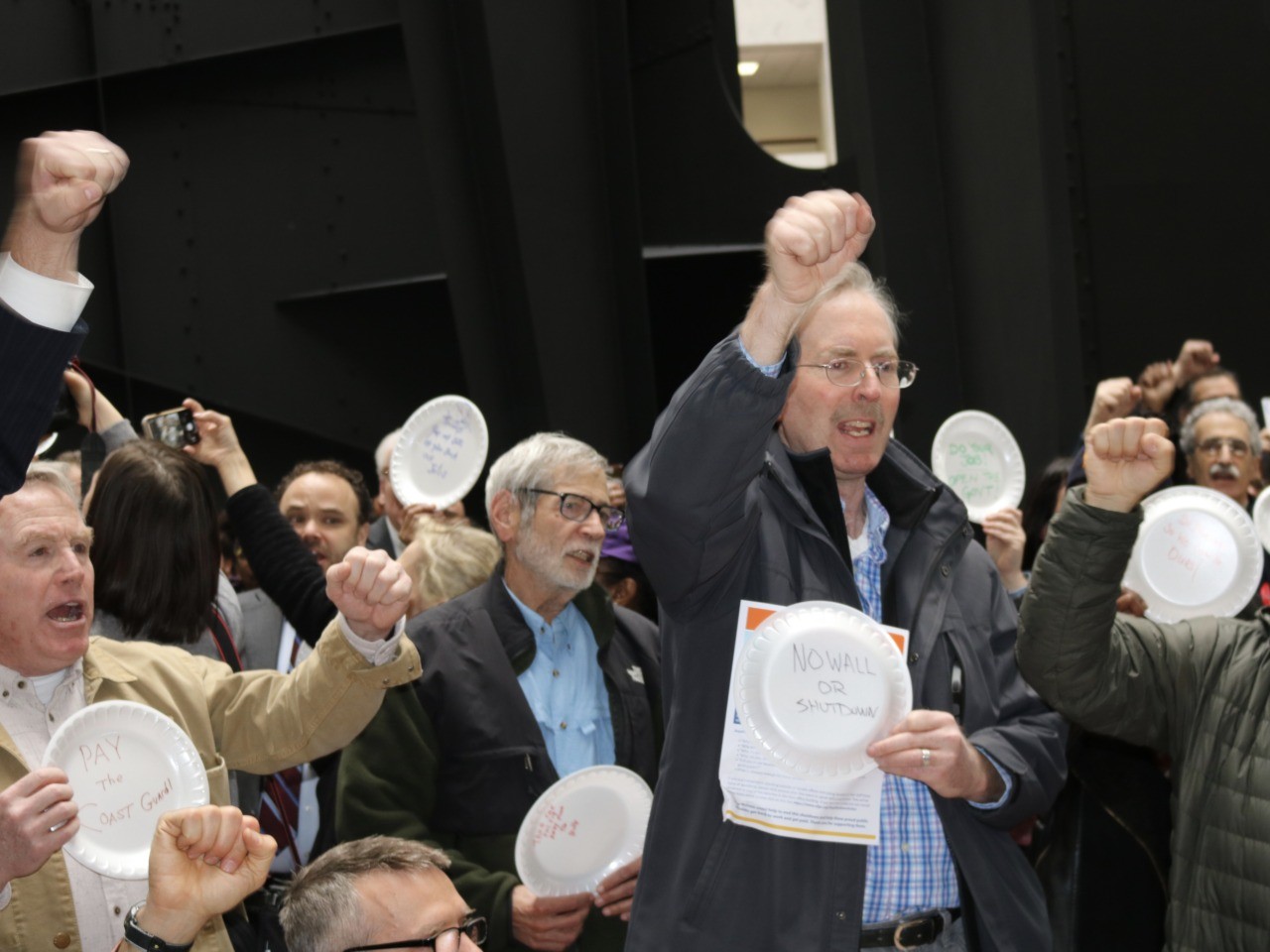 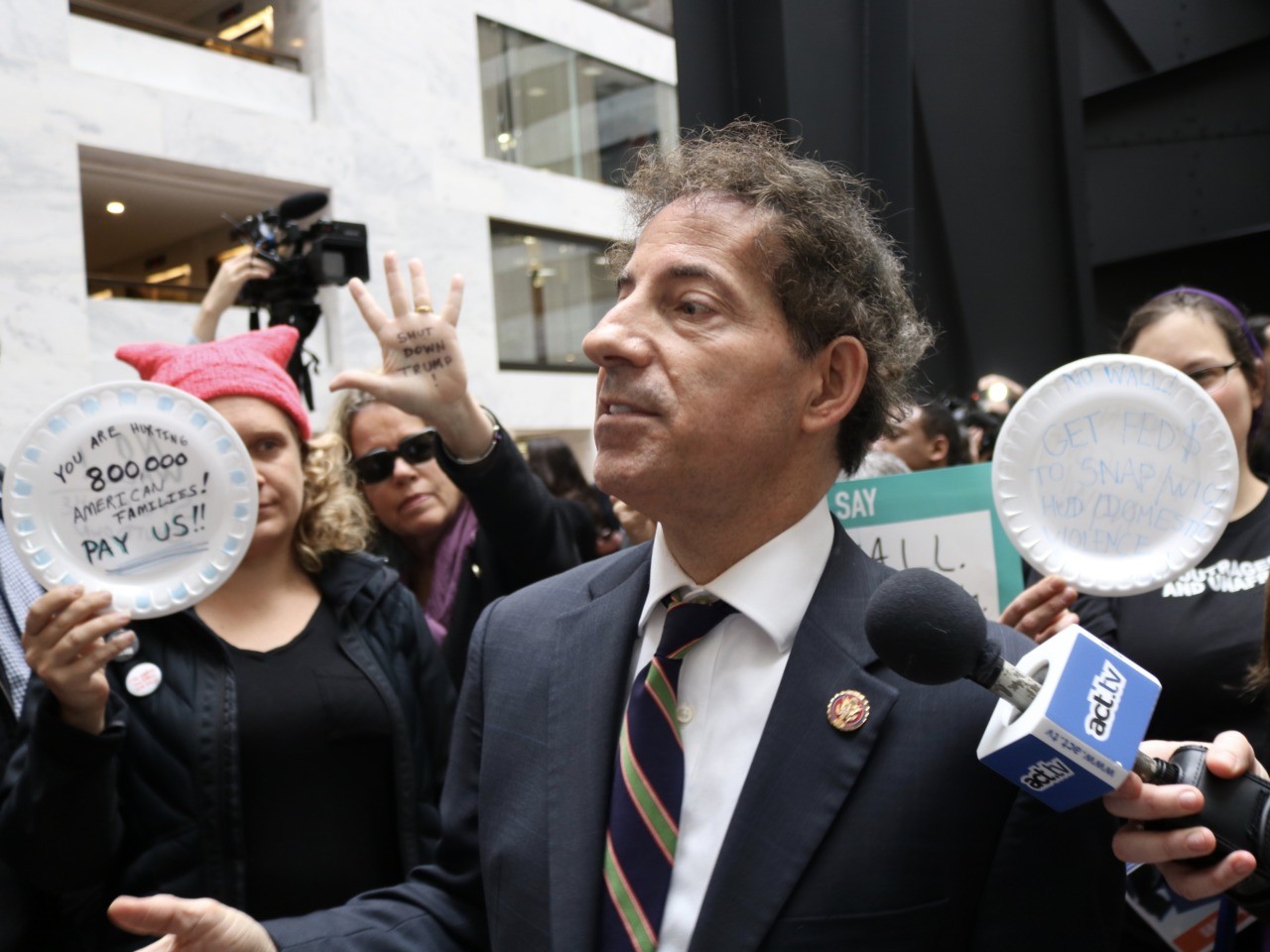 The organizer told the media that some furloughed federal workers were sprinkled through the protest crowd and would be available for interviews. Breitbart News spoke with several individuals identifying themselves as furloughed workers but declined to be interviewed. One who refused to be identified did provide Breitbart with a statement: “I love my job and I want to go back to it and I’m dedicated to the country and I’d like to go back to working for the country.” 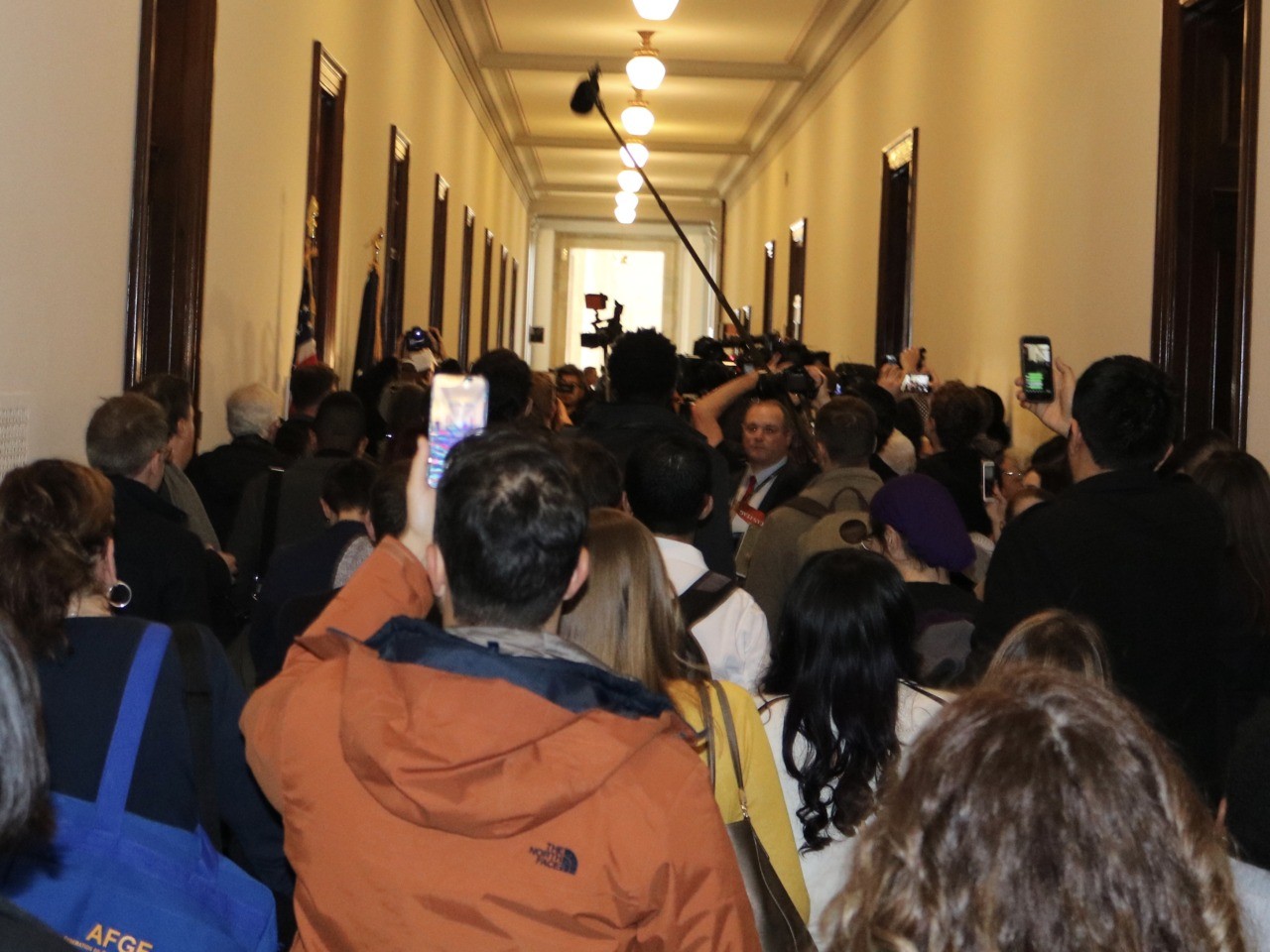 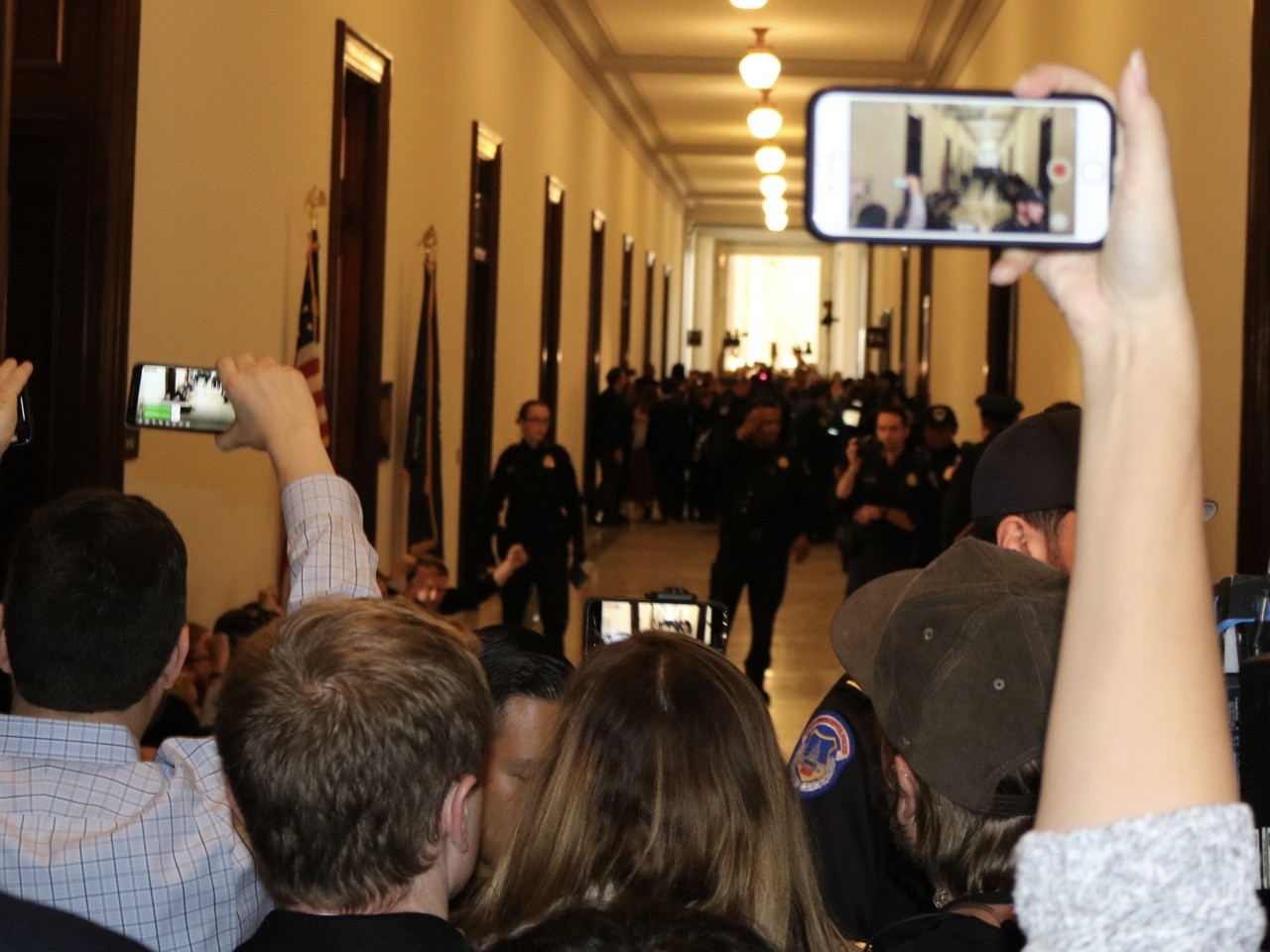 A portion of the group continued on to the Russell Senate building to protest outside Senate Majority Leader Mitch McConnell’s office. Outside McConnell’s office, the group chanted, “end the shutdown,” “do what’s right,” and “where is Mitch.” Breitbart News caught video of protesters chanting and later being arrested outside the office.

A Capitol police officer later told Breitbart News that 12 protesters he believed to be affiliated with unions were arrested.