A Republican-Democrat border deal keeps current rates of Catch and Release of illegal aliens, border crossers, and adults who have trafficked children across the U.S.-Mexico border at around the same level as this previous year.

As Breitbart News reported, the Republican and Democrat lawmakers’ deal includes about $1.3 billion in border wall funding — a fraction of the $5.7 billion that President Trump had requested — that can only be used in certain areas of the southern border and must be the bollard fencing that the Bush and Obama administrations previously deployed. The funding will add 55 miles of new barriers at the border.

Additionally, the deal keeps the amount of detention space that federal immigration officials need to detain illegal aliens and border crossers at about current levels. As of today, the Immigration and Customs Enforcement (ICE) is only funded for about 40,250 beds in detention centers.

Due to the massive number of illegal aliens in the U.S. — around 12 to 22 million — and roughly 1,300 new border crossers coming to the country every day, ICE officials have had to routinely exceed this 40,250 bed limit.

The Republican-Democrat deal, by keeping detention space at essentially the same level, allows for the Catch and Release program — whereby illegal aliens and border crossers are released into the interior of the country due to a lack of space — to remain at the same pace as in 2018. 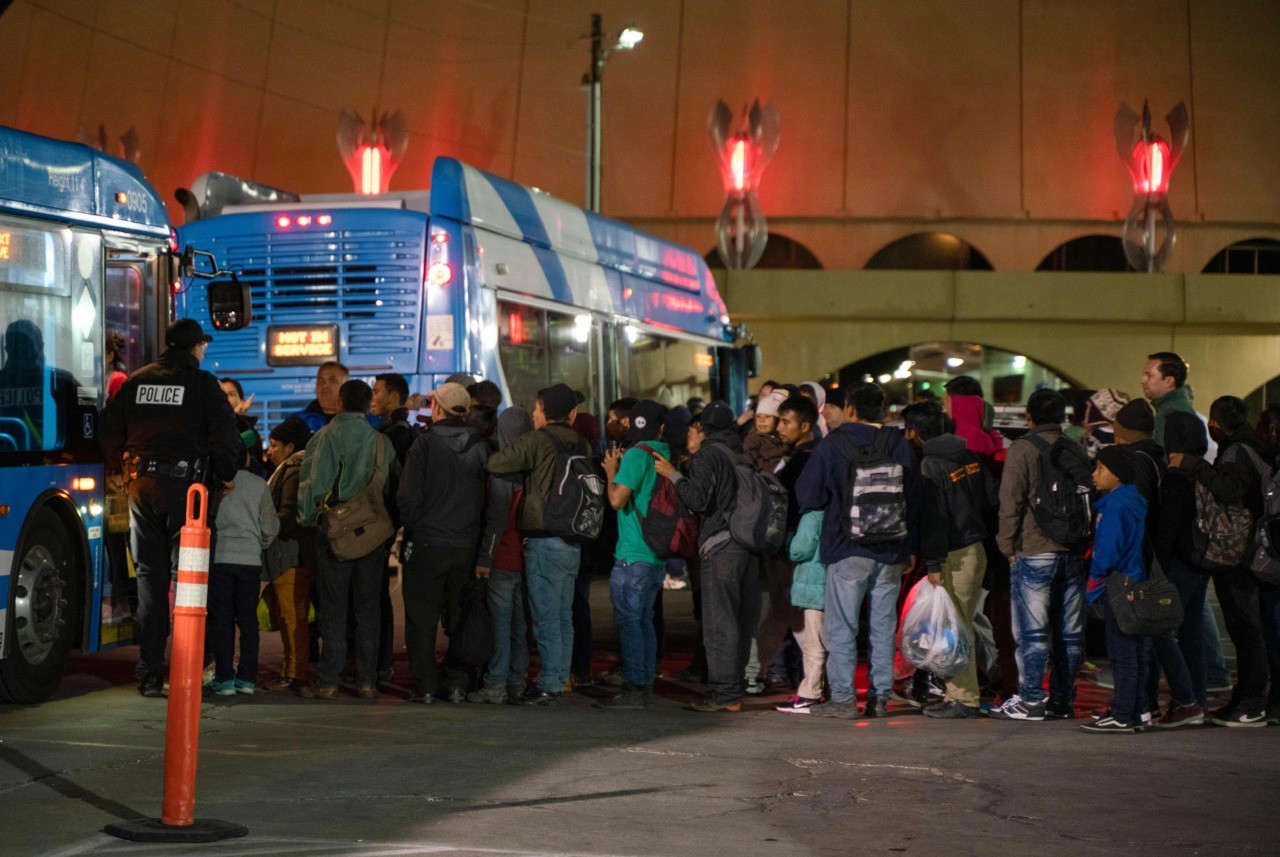 Asylum seekers board a bus stop after they were dropped off by Immigration and Customs Enforcement (ICE) officials earlier at the Greyhound bus station in downtown El Paso, Texas late on December 23, 2018. (PAUL RATJE/AFP/Getty Images) 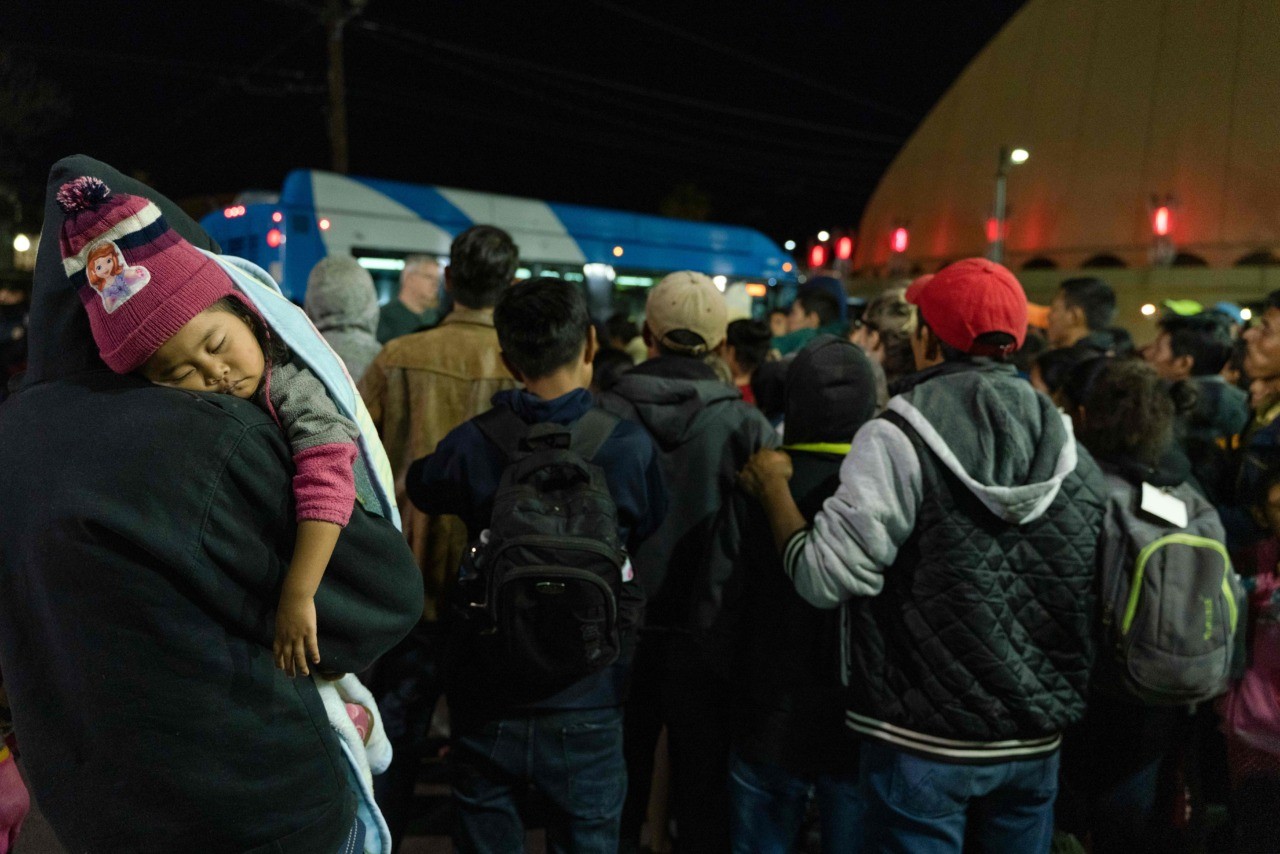 Asylum seekers stand at a bus stop after they were dropped off by Immigration and Customs Enforcement (ICE) at the Greyhound bus station in downtown El Paso, Texas late on December 23, 2018. (PAUL RATJE/AFP/Getty Images) 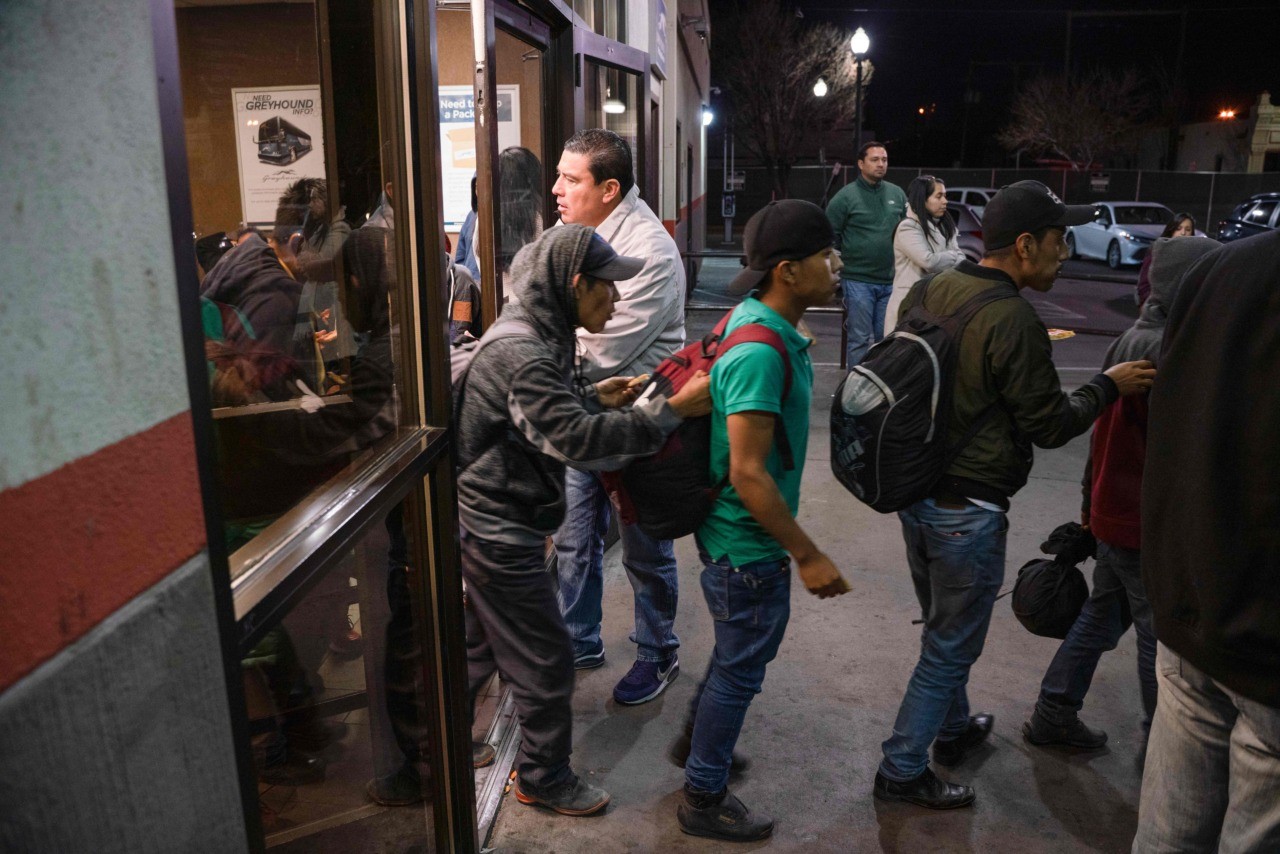 Asylum seekers board a bus stop after they were dropped off by Immigration and Customs Enforcement (ICE) officials earlier at the Greyhound bus station in downtown El Paso, Texas late on December 23, 2018. (PAUL RATJE/AFP/Getty Images)

ICE officials have said that since December 2018, federal immigration officials have had to release about 4,000 adults and the children they trafficked across the border into the interior of the country. Every month, the federal officials are encountering about 13,000 adults and children at the southern border. In the process, officials said about 3,000 are being released into the U.S. every month.

In total for 2018, ICE released 180,000 illegal aliens and border crossers into the interior of the U.S., though officials said the mass release is not all due to a lack of detention space. Some of the releases are due to the medical conditions of the detainee or because a judge has ordered the detainee be released.

Breitbart News has chronicled the Trump administration’s continuing release of illegal aliens and border crossers into the country. For example, at the end of 2018, the administration released more than 2,000 border crossers and their children into the interior of the U.S. over the course of just a couple weeks.

These illegal aliens and border crossers are driven into the interior of the country and dropped off en masse at bus stops. Some are required to wear ankle bracelets. Experts have told Breitbart News that the ankle monitors, though, are ineffective and that newly released detainees simply remove the bracelet once out of ICE custody.

The conference committee was formed after Trump reopened the federal government following a shutdown without securing any funding for the border wall. Members of the committee include:

The committee was formed to work on a funding package for the Department of Homeland Security (DHS) with a deadline of February 15, a funding route that experts have said the president never had to take.

Defense Department officials have reiterated that Trump does not need approval from Congress and, also, does not have to declare a national emergency to begin construction of the border wall. Instead, the president could have invoked 10 United States Code § 284, which authorizes the U.S. military to build barriers at the southern border, a Pentagon official has testified to Congress.

Illegal immigration at the southern border is expected to reach levels that have not been seen since President George W. Bush if reforms are not implemented this year. Researchers project, at current rates, there will be more than 600,000 illegal aliens apprehended at the border this year. In December 2018, there were about 51,000 border crossers apprehended and 52,000 apprehended in November 2018. This is a two-month border crosser population that exceeds the total population of Tuscaloosa, Alabama.