A crowd of about 400 protesters rallied in front of the White House on Monday, carrying signs that called President Donald Trump a racist and claimed a wall on the U.S. Border with Mexico is a symbol of the rise of white nationalism under this administration.

One speaker, who works with Amnesty International, said the federal government is torturing migrants who are in custody after crossing the border into the United States.

“You all are proof that bridges are better than walls,” she said. “That love trumps hate. That no human being is illegal. And that we are all by virtue of our shared condition guaranteed to the same human rights.” 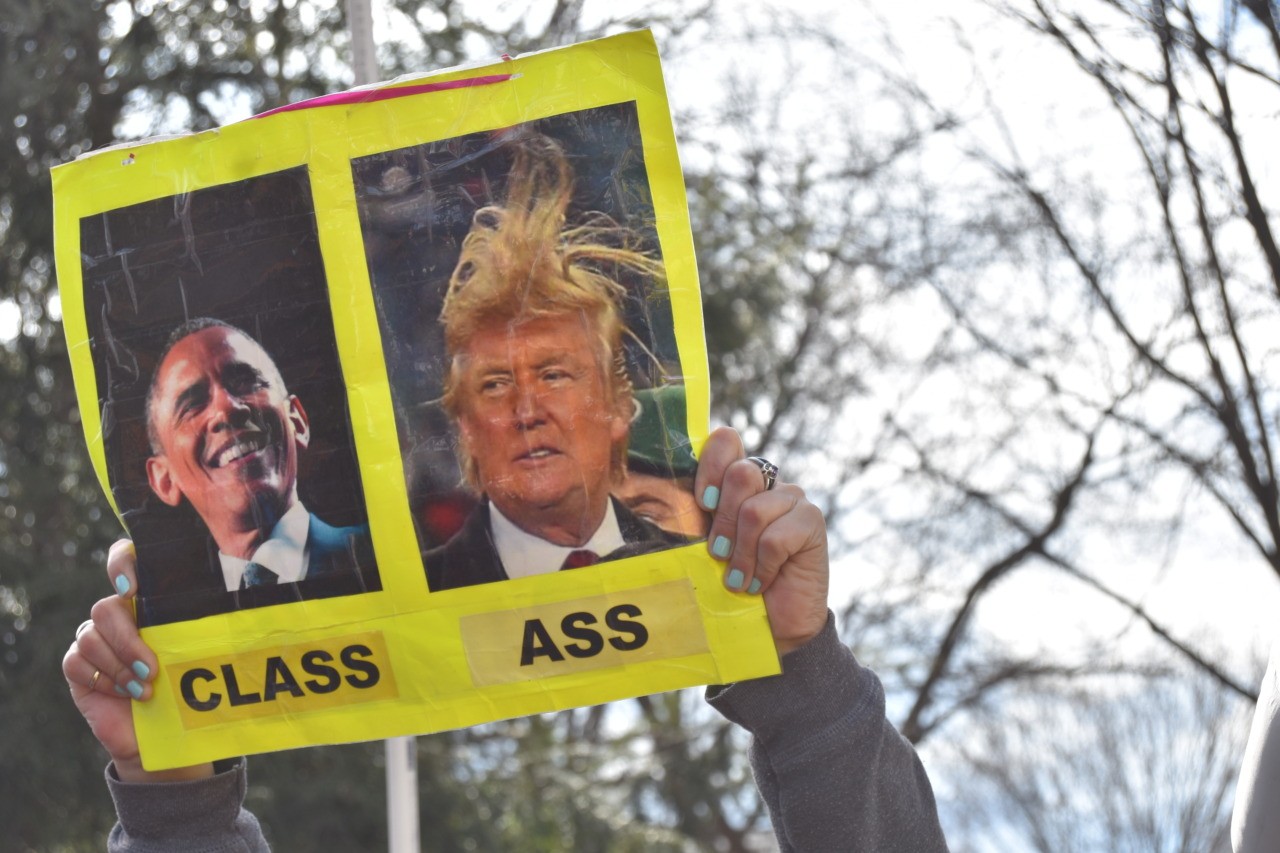 She told the story of a woman was separated for her son the entered the United States seeking asylum.

“Ice then jailed her in a prison-like facility in El Paso even though she and her child were here in search of protection,” the woman said.

“At Amnesty International, we’ve concluded that the treatment [the woman] has faced at the hands of the U.S government amounts to torture,” she said. 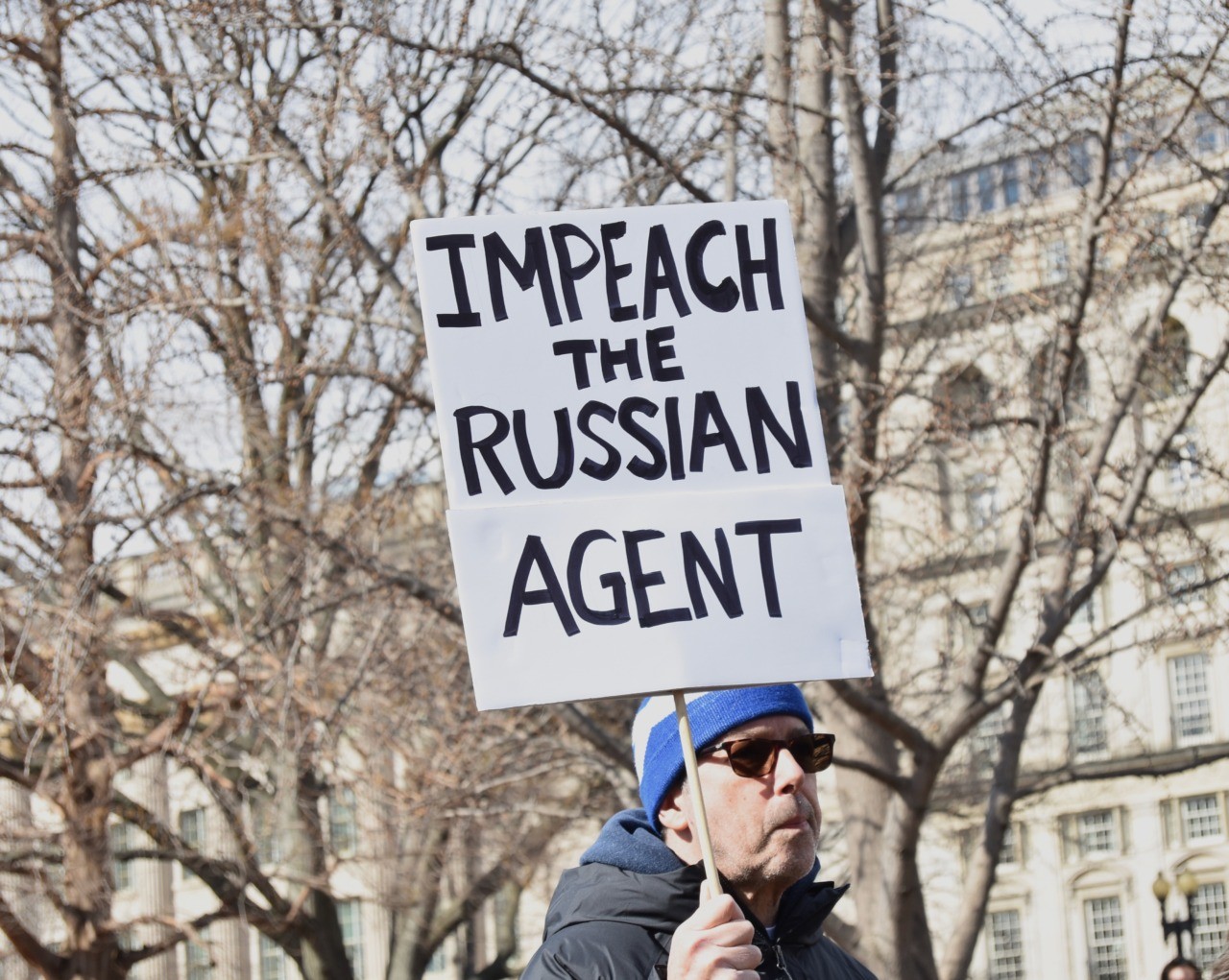 One protester seemed to believe that not only did Trump collude with the Russians but is an agent. (Penny Starr/Breitbart News)

Mary Small of the Detention Watch Network was one of the speakers who claimed securing the southern border is racist.

“This emergency declaration is unquestionable wrong, worrying, and a Democracy-damaging power grab by a man and an administration with a wide authoritarian streak and a relentlessly myopic focus on fear-mongering and scapegoating,” Small said. “It’s not just a wall. It’s a monument to his vanity and a sign and signal of ascendent white nationalism.”

“We don’t need another racist monument in this country,” Reggie Hubbard, congressional liaison and Washington, DC, Strategist at MoveOn.org, said of the wall.

The also chanted their open borders sentiments, including “From Palestine to Mexico all walls have got to go.”

As Breitbart News reported, the George-Soros-funded MoveOn.org organized the protests that allegedly took place across the country.

The list of partners on a website devoted to anti-Trump activities reveals the leftwing politics behind it:

Herd on the Hill

People For the American Way

On Friday, Trump signed a federal spending bill that gives him $1.3 billion for border security. The president also declared a national emergency to allow him to put alternative monetary resources in place to get the wall project completed.

Several leftist groups are suing the president, which means legal battles over the wall could go on for months. Meanwhile, construction and reinforcement of the wall project continue.