German Chancellor Angela Merkel gave a tribute to globalism during a commencement ceremony at Harvard University on Thursday, demanding “walls of ignorance” be torn down.

In her remarks to the Harvard graduating class of 2019, Merkel declared a global initiative against protectionism, walls, global warming, and isolationism must be embraced. Merkel, in her years as German Chancellor, has accepted more than a million migrants into Germany with the country’s foreign-born population now reaching more than 10.6 million in a country of 82 million residents.

Most prominently, Merkel demanded “walls of ignorance and narrow-mindedness” be torn down to build a new world.

“That’s why I want to leave this wish with you: Tear down walls of ignorance and narrow-mindedness for nothing has to stay as it is,” the German leader said at the closing of her speech.

Specifically, Merkel said these walls must be torn down to envision “the world in which together we want to live.”

“Once again the answer is walls. Walls in people’s minds, walls of ignorance and narrow-mindedness,” Merkel said. “They exist between family members. As well as between groups within the society, between people of different skin colors, nations and religions. I would like us to break down these walls. Walls that keep preventing us from envisioning the world in which together we want to live. Whether we manage to do that is up to us.”

That’s why my full thought for you my dear graduates to consider is this. Nothing can be taken for granted …. but if we break down the walls that hold us in, if we step out into the open and have the courage to embrace new beginnings, everything is possible. [Emphasis added]

Walls can collapse, dictatorships can disappear, we can halt global warming, we can eradicate salvation, we can eliminate diseases, we can give people, especially girls, access to education, we can fight the causes of displacement and forced migration, we can do all of that … [Emphasis added]

Coincidentally, Harvard University’s campus is surrounded by a number of barriers, walls, and gates. In photos below, brick and mortar walls, large columns, cement groundings, and a large gate can be seen surrounding the Harvard campus. 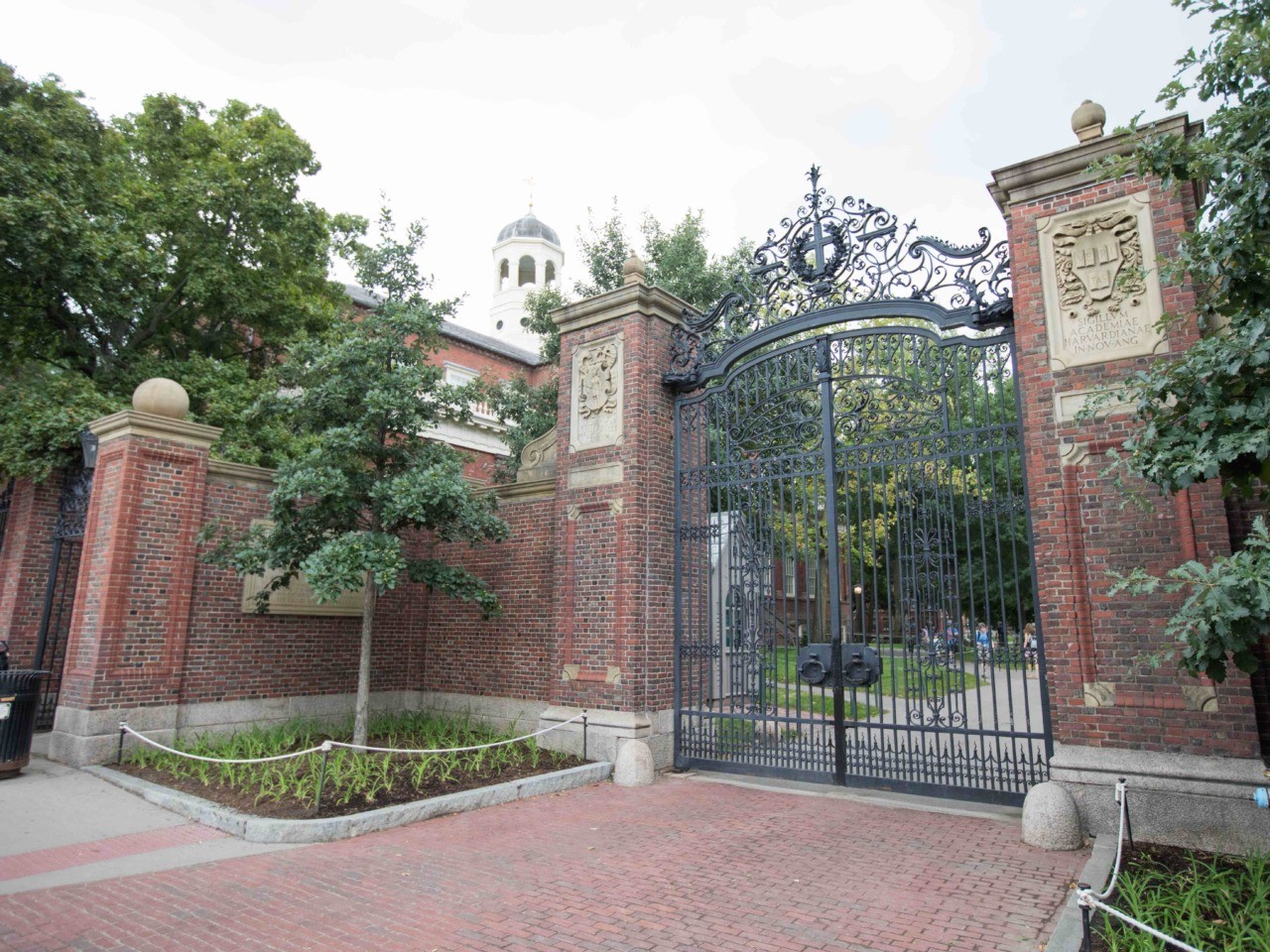 A gate in front of Harvard Yard at Harvard University on August 30, 2018 in Cambridge, Massachusetts. (Scott Eisen/Getty Images) 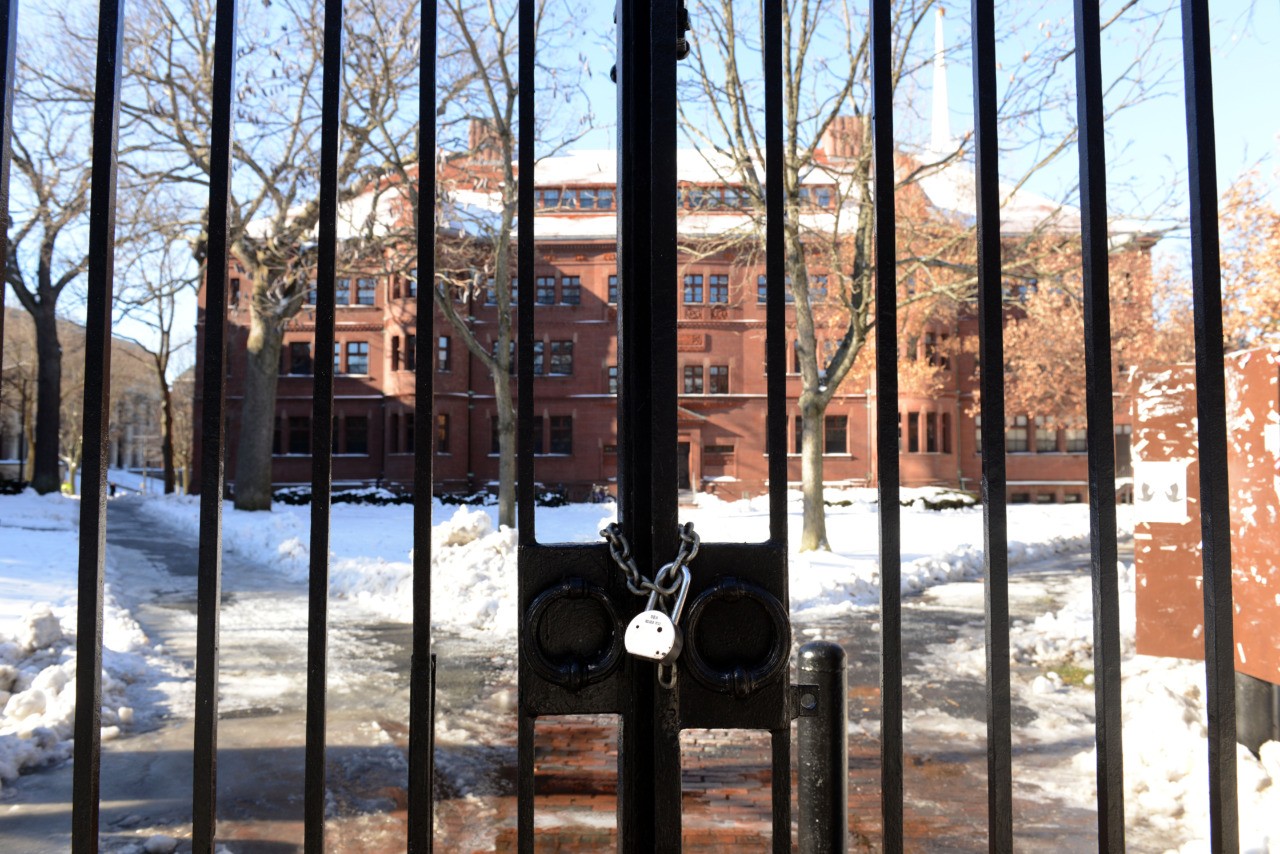 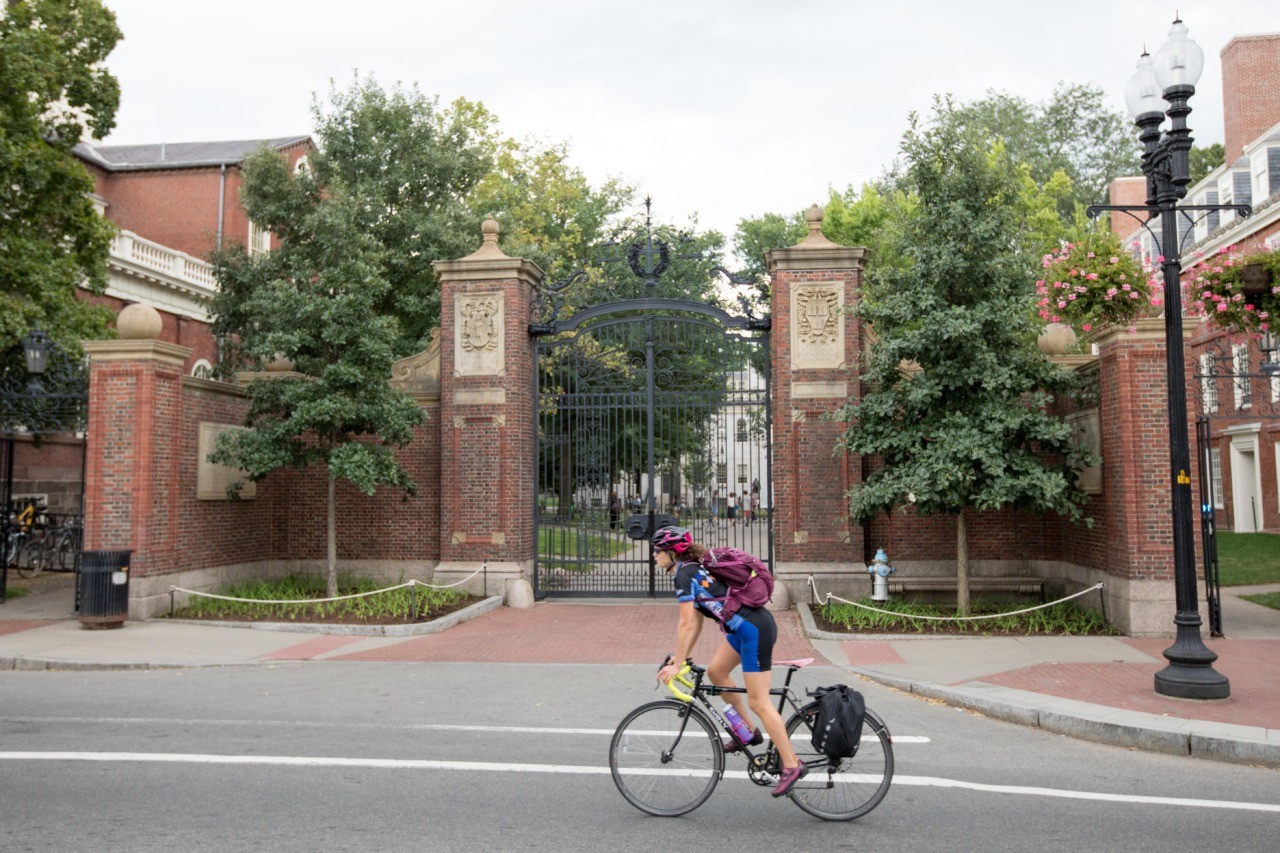 A bicyclist rides past a gate to Harvard Yard at Harvard University on August 30, 2018 in Cambridge, Massachusetts. (Scott Eisen/Getty Images)

Merkel slammed efforts by nation states to protect their national industries and domestic jobs, demanding a global order for free trade, and requested that all countries join together to fight global warming.

“Climate change poses a threat to our planet’s natural resources,” she continued. “It and the resulting crisis are caused by humans. Therefore, we can and must do everything humanly possible to truly master this challenge to humankind. It’s still possible. However, each and every one of us must play our part … and get better.”

Merkel said issues must be tackled not by nation states, but rather by global alliances:

Changes for the better are possible if we tackle them together. If we want to go it alone, we could not achieve much. The second thought I want to share with you is, therefore, more than ever, our way of thinking and our actions have to be multilateral, rather than unilateral. Global, rather than national. Outward looking, rather than isolationist. In short, we have to work together rather than alone. [Emphasis added]

Merkel received a standing ovation after declaring that individuals must not “describe lies as truth and truth as lies.”

Merkel has long been considered Europe’s leader for globalism and internationalism, using her chancellorship to rail against the rising tide of populist nationalism across the continent with electoral victories for the United Kingdom’s Brexit Party led by Nigel Farage, France’s National Rally led by Marine Le Pen, and Italy’s La Lega led by Matteo Salvini.

Last year, Merkel announced that nation states in Europe “must today be prepared to give up their sovereignty.” Similarly, in January, Merkel said the international community must “stand up” to “excessive populism and nationalism.”

Most recently, this month, Merkel defended her open borders policy in Germany that has allowed more than a million mostly third world migrants to freely enter the country at the expense of German taxpayers, public schools, social programs, and German communities.

“If there were mistakes made in the context [of the 2015 crisis], taking people in was not one of them,” Merkel said.