Angel Dad Chris Odette has yet to see any justice for the death of his daughter, Chrishia, who was killed by an illegal alien in 2014.

Days before Father’s Day, Odette retold the story of Chrishia’s death in a podcast with the Federation for American Immigration Reform (FAIR). Odette says that despite years passing, there has been no charges or conviction of the illegal alien who hit and killed 13-year-old Chrishia in a car crash on September 12, 2014.

“There has been no real justice for my daughter,” Odette said.

Odette said on the night of his daughter’s death, Chrishia asked him to spend the night at a friend’s house but that he initially told her no. Odette, though, said he eventually agreed to drop Chrishia off at the friend’s home to spend the night after recalling that his deceased wife had told him “not to be overprotective” and to “let her live and enjoy life.”

“I gave my daughter a hug goodnight and she ran inside excited to spend the night with friends,” Odette said.

About 30 minutes later, Odette received word that Chrishia had been in an accident and rushed to the friends’ house only to get into a car accident, himself, on the way. From the accident, police took Odette to the hospital to see Chrishia.

“They took me into the emergency room entrance … and a doctor came to me and asked me what my daughter’s name was,” Odette said. “And I told Chrishia and I heard them tell another doctor … that Jane Doe’s name was Chrishia. He told me her injuries were pretty severe.” 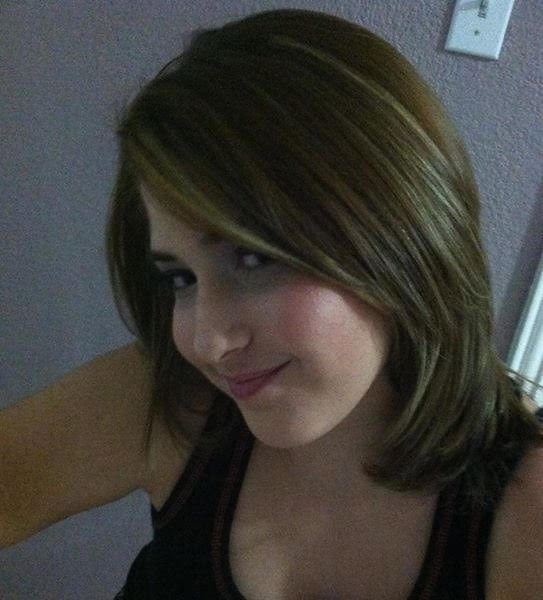 Chrishia Odette was only 13-years-old when an illegal alien hit and killed her in a crash in 2014. (Photo via Justice4Chrishia.com)

At the hospital, Chrishia was declared dead.

Days after Chrishia’s death, Odette said he still was unaware as to what exactly occurred that took his daughter’s life at such a young age. When an officer came to speak with him, Odette said police told him that Chrishia had crossed an intersection the night of her death and dropped her phone in the street. When she went back to retrieve her phone, a 36-year-old man driving without a license hit and killed her.

“When he said that he was a 36-year-old male without a license, I immediately stopped him and said ‘How could you be a 36-year-old male and not have a license?’ And the officer told me, which turned out to be a lie, they told me that they believed he may be in the U.S. illegally,” Odette said. “They already knew it. They’d known it from the moment that the started collecting his information.”

“I asked him ‘Is the guy going to go to jail for killing my daughter?’ And he told me that they still have to do the investigation, that he had voluntarily taken a blood and urine test to find out if he had any drugs or alcohol in his system,” Odette said. “But if there was nothing in his system, that it was likely that he wouldn’t be charged.”

On his own, Odette discovered that the man who hit and killed his daughter had been living in the U.S. as an illegal alien for 15 years and had two warrants out, one for driving without a license and one for speeding. The warrants were four years old at the time.

To date, the illegal alien has only ever been ticketed for driving without a license and was never charged for Chrishia’s death. Even more disturbing, Odette explained, was that the day of the accident, the illegal alien was swiftly released from police custody.

“In the later days I found out that he was released,” Odette said. “I had to look up this information myself because I went a few days later to pick up my daughter’s belongings and I was given a copy of the accident report … I looked on the county website and found that he had been released 36 minutes after he was arrested that night.”

In January 2016, the illegal alien was arrested by ICE. A month later, a judge gave him bail despite the authorities saying that he was a flight risk. Though he was supposed to turn himself in to federal immigration officials, the illegal alien fled his home and is now a fugitive in the U.S.

This September will be Chrishia’s five-year death anniversary.