On the same day that Labor Secretary Alex Acosta announced his resignation following renewed scrutiny into his role in a 2008 plea deal the then-federal prosecutor crafted with convicted sex offender Jeffrey Epstein, a group of conservative leaders sent a letter to President Donald Trump asking him to nominate Patrick Pizzella for the Cabinet post.

Pat has served our country in numerous high-level positions, having served in the administrations of Presidents Ronald Reagan and George W. Bush, prior to his outstanding service in your Administration in his current position as Deputy Secretary of Labor.

Pat’s background, qualifications, and experience make him highly qualified to serve as Secretary of Labor.

Pat then served as a member of the Federal Labor Relations Authority (“FRLA”) from 2013 through 2017, serving as FRLA Chairman prior to your selecting him for his current position as Deputy Secretary of Labor.

The letter praised Pizzella as a “committed conservative” whose career is marked by upholding and advancing “American principles” that are central to the Trump administration. 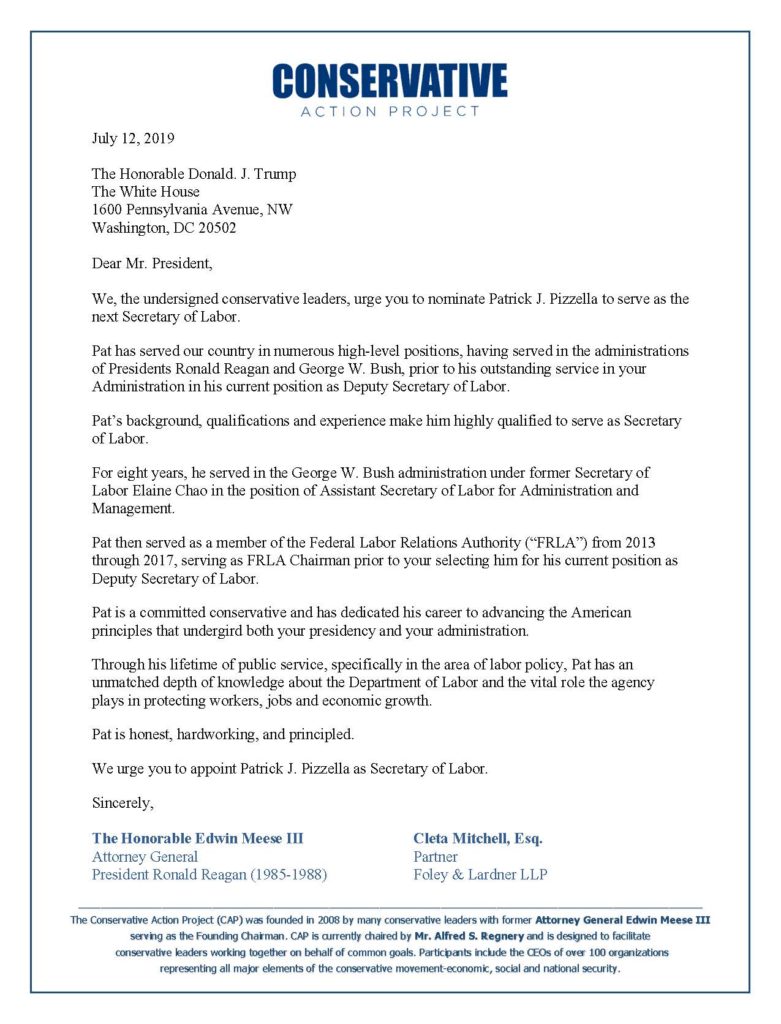 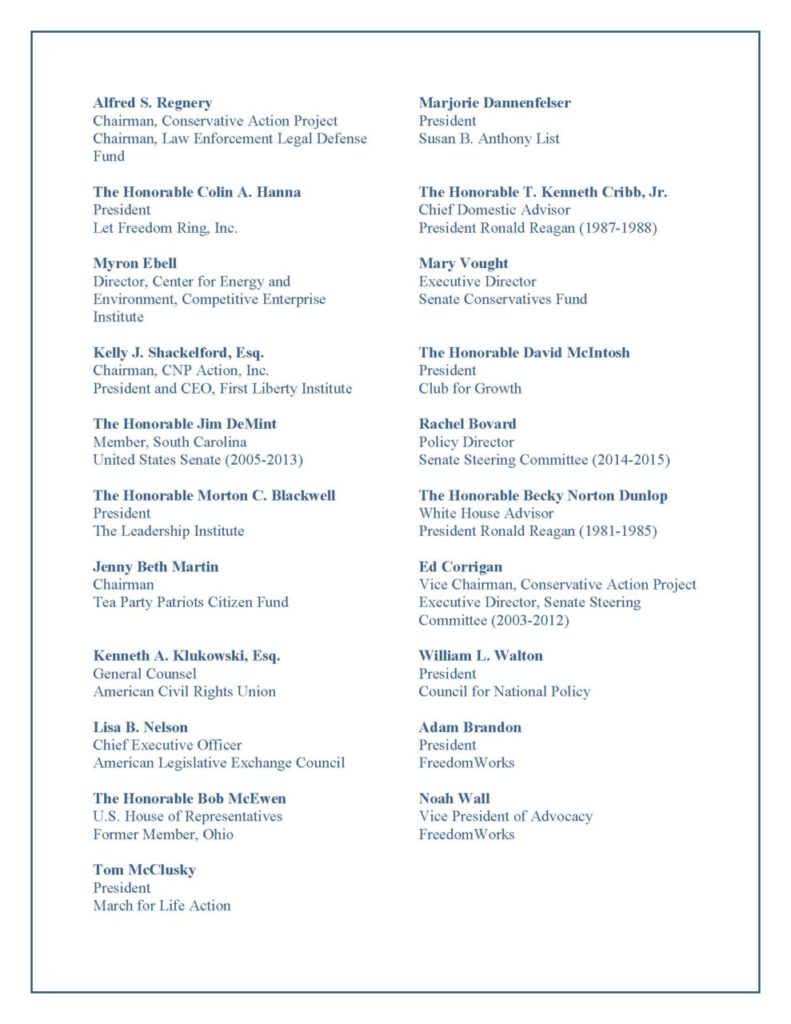 “Pat is exactly the sort of bold, principled conservative leader who will advance President Trump’s America First agenda,” former Ohio Secretary of State Ken Blackwell told Breitbart News in an exclusive statement. “When Pat as the current deputy takes charge of the Labor Department next week, the White House will quickly see that Pat would make an excellent permanent addition to the president’s Cabinet.”