The number of federal arrests of foreign nationals, that is non-United States citizens living in the country, has more than tripled over the last two decades, new Department of Justice (DOJ) data reveals. 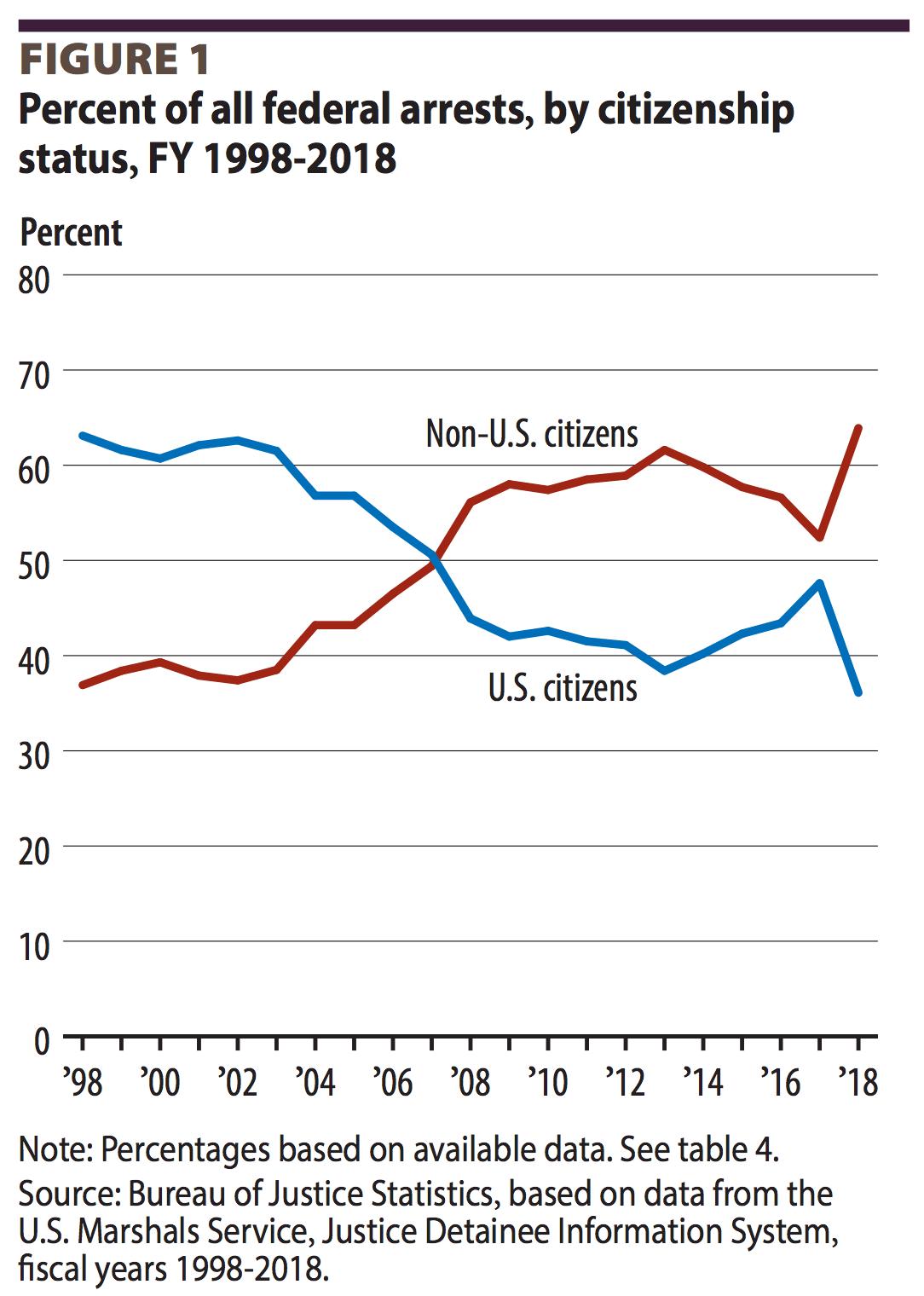 For non-immigration offenses, the total of federal arrests for non-U.S. citizens between 1998 and 2018 increased nearly eight percent, and between 2017 and 2018 rose almost ten percent.

Non-U.S. citizens were most likely to be prosecuted for illegal re-entry, that is illegal aliens who have been previously deported, drugs, fraud, alien smuggling, and misuse of visas.