About 15 people protested on Wednesday outside of the White House, claiming that under President Donald Trump’s leadership, “systemic racism” and poverty are keeping Americans from thriving.

One of the protesters made that claim with her two children by her side.

“I’ve had enough of the constant racist dehumanization and targeted attacks on people of color, private citizens, and elected officials from the White House,” the woman said. “Have you?”

“I’ve had enough of the systemic racism and the poverty that plagues our society and makes it impossible to thrive,” the woman said. “Have you?”

“I’ve had enough of waking up every day to the hateful, racist rhetoric demoralizing the integrity of our country and the safety of everyone in it,” the woman said. “I’ve had enough. Have you?” 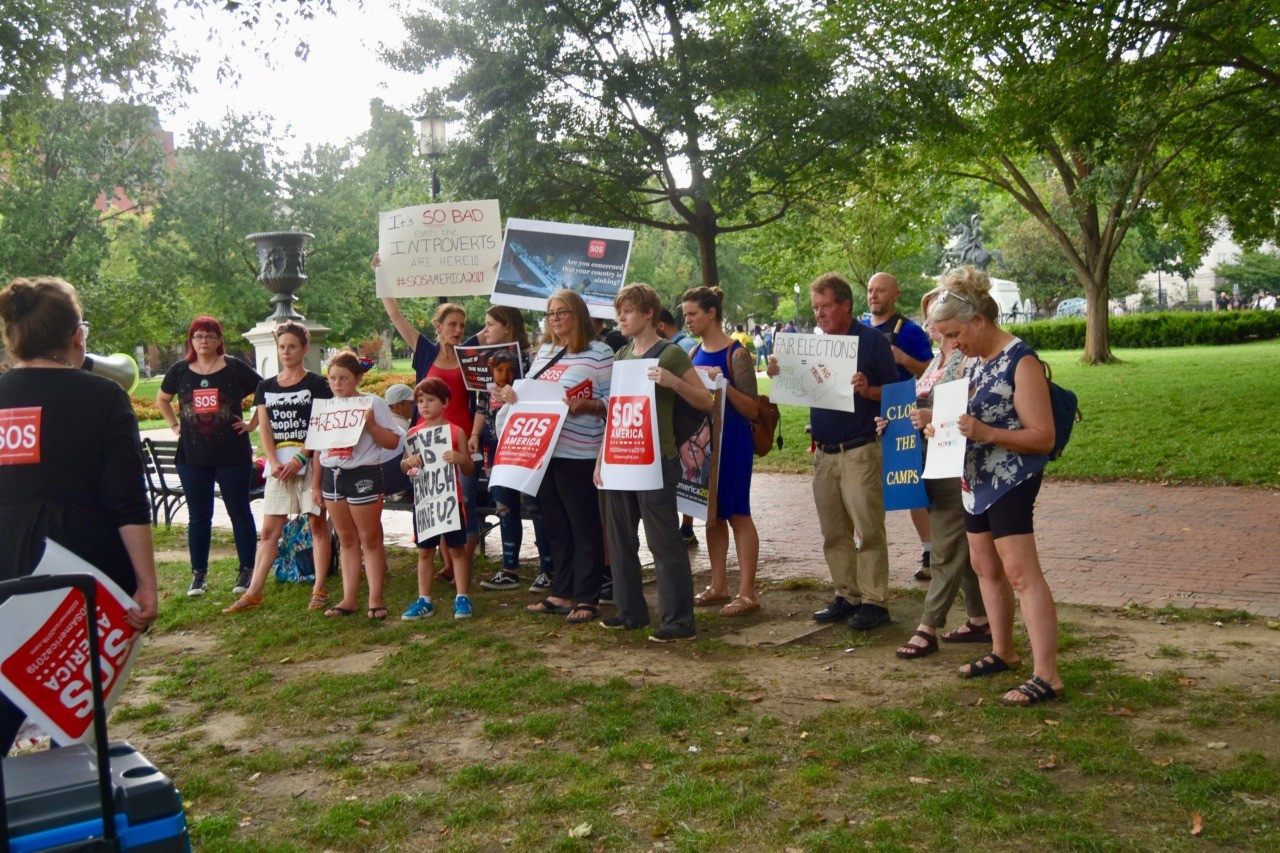 A handful of protesters gathered outside of the White House on Wednesday to call out President Donald Trump as a racist who is responsible for poverty across the country. (Penny Starr/Breitbart News)

Another protester took the megaphone at the protest, which lasted about 30 minutes, and said Trump has “created a racist, fascist environment” and that “a decent-sized minority” are “happy with that.”

The women who organized the protest said the group, dubbed SOS America, is demanding three things: Trump’s removal from office, paper ballots for the 2020 election, and ending “mistreatment” of immigrants.

“Join us on August 21st and 22nd to make it clear that We the People of the United States of America will no longer tolerate the current state of affairs, and We the People will be taking our grievances into the streets to defend our Democracy,” the protest’s website said.