At the Monday afternoon event there were upwards of 600 people, a capacity crowd. 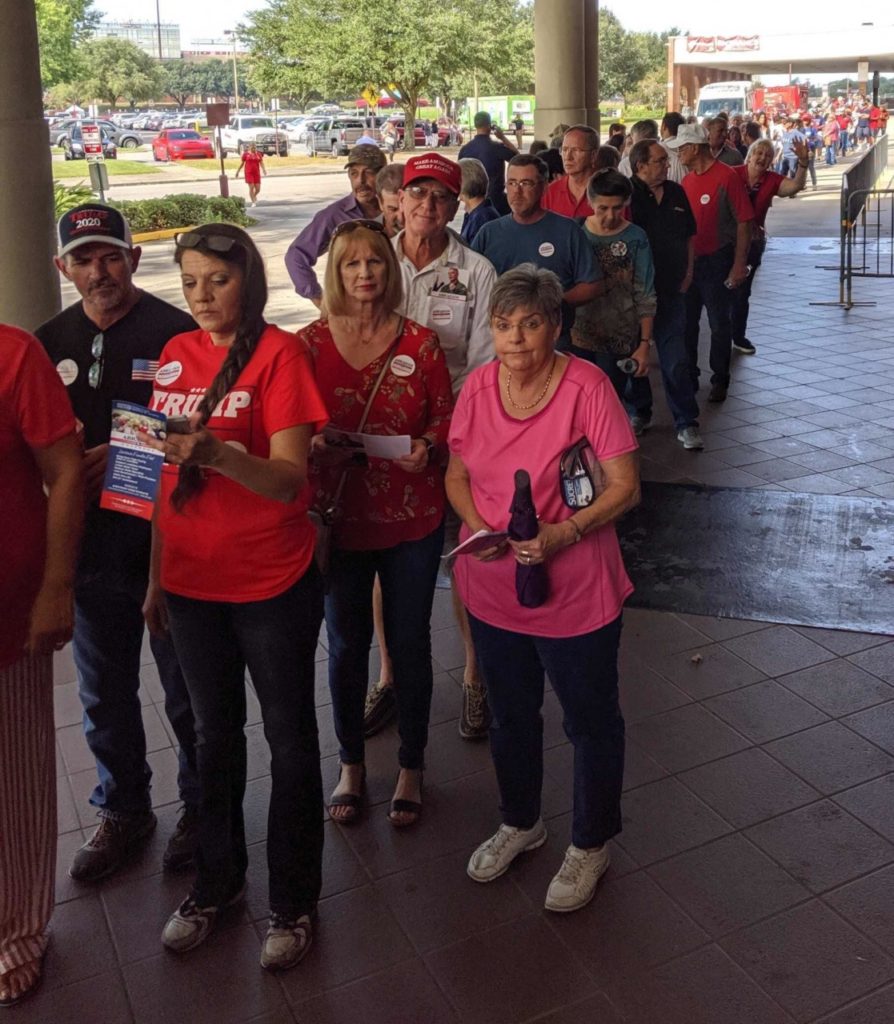 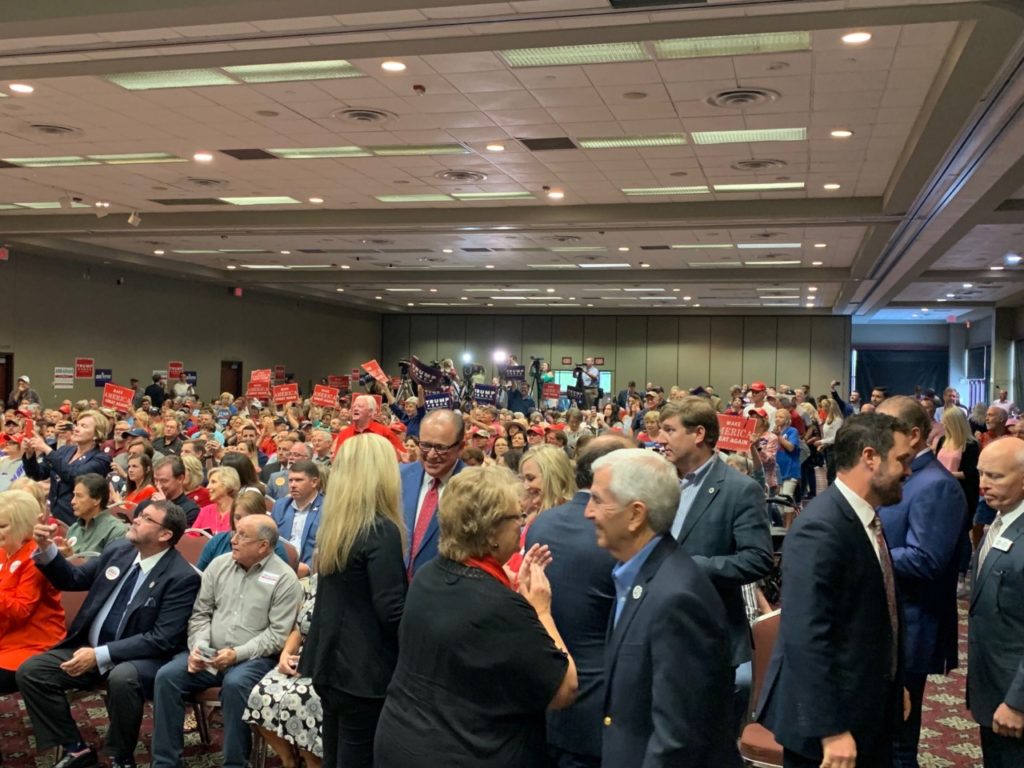 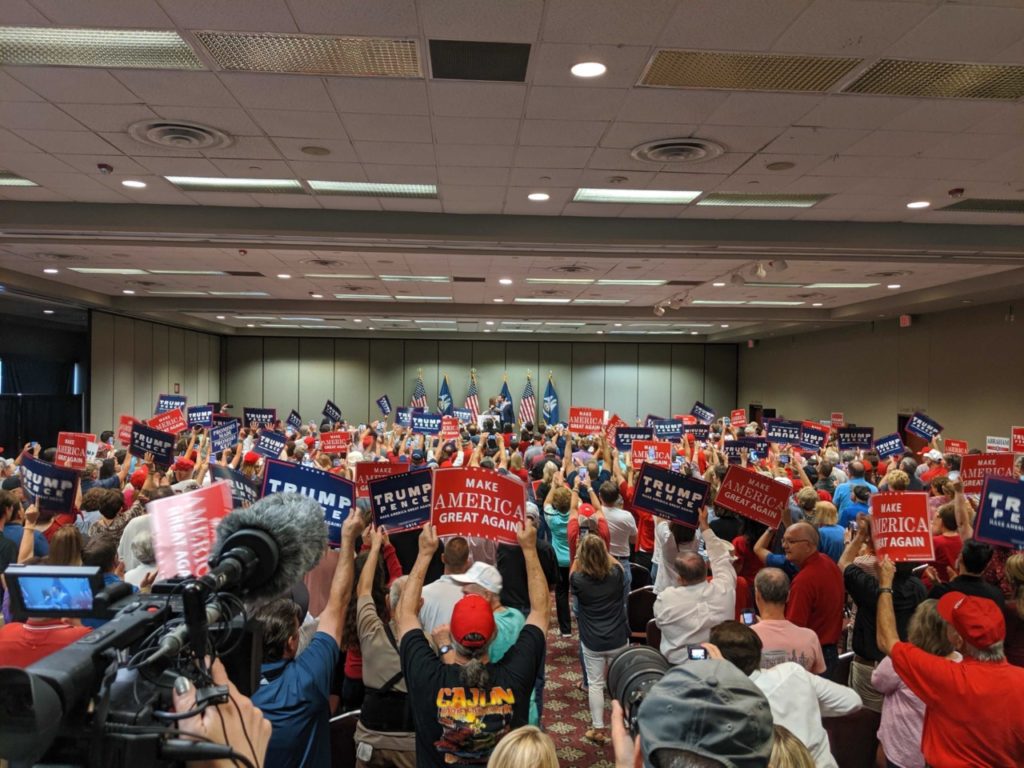 But American Bridge took a misleading photo—from hours before the event started—to suggest that the Trump, Jr., rally did not have a big crowd and somehow Republicans were worried.

Obviously, these photos are not an accurate representation of the crowd size given the fact that the photos above it show a much bigger crowd for the president’s son and for the GOP candidates for governor. Edwards has had a close relationship with this misleading leftist organization and has regularly retweeted its staffers’ commentary.

Trump, Jr.’s team and Abraham’s team were quick to rip the leftist organization for the misleading images.

“While the frauds at American Bridge posted pictures of an empty room before the rally even began, the pics we provided prove that the event drew an overflow crowd of over 600 people for a midday Monday rally,” Andy Surabian, a spokesman for Trump, Jr., told Breitbart News. “After getting caught red-handed knowingly lying about this, how can anyone in the media ever trust anything from American Bridge again?”

“If American Bridge spent as much money on research as their founder David Brock spends on cocaine, they might not make mistakes like this,” GOP strategist Arthur Schwartz, who is close with the first family, added – a reference to the American Bridge founder’s reported drug problems.

President Trump heads to Louisiana on Friday night for a rally with the GOP candidates. Saturday is Louisiana’s jungle primary, and assuming the Democrat Edwards stays under 50 percent on Saturday, it will go to a runoff between either Abraham or Rispone—whoever finishes in second place—and Edwards. Early voting wrapped this past Saturday with a massive surge in GOP turnout and a much smaller increase in Democrat turnout, a sign Edwards may be headed for trouble on Saturday if Republicans turn out in force in Louisiana this weekend.