Rodea-Cruz — whom the Immigration and Customs Enforcement (ICE) agency has requested custody of — was found with multiple open, unopened, and broken liquor bottles in his vehicle, according to the DuPage County Sheriff’s Office.

While driving drunk the wrong way, according to police, the illegal alien hit and killed Boskovic and Uribe and injured Uribe’s 27-year-old boyfriend Momcilo Grujic, also a legal immigrant, along with a fourth 27-year-old victim who has been released from the hospital. According to his loved ones, Grujic remains in critical condition.

A GoFundMe page has been created to help the Angel Families of Uribe and Grujic, as well as a GoFundMe page for Boskovic’s family. 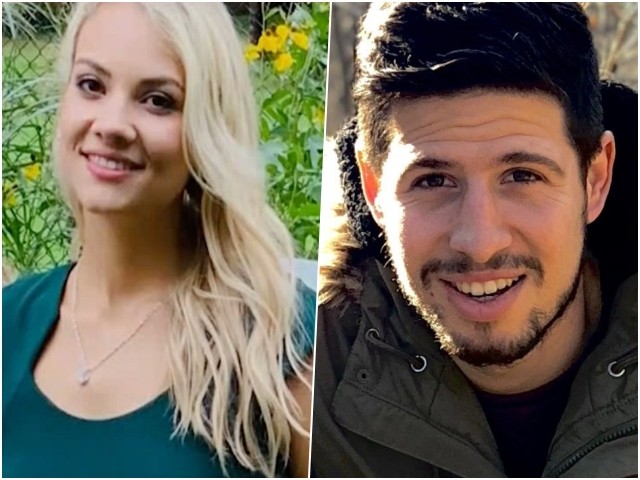 Lauren Uribe (left) and Marko Boskovic (right) are legal immigrants to the U.S. who died in a crash allegedly caused by a drunk illegal alien driver. (Facebook/GoFundMe)

“This was a senseless and avoidable tragedy,” Clarendon Hills Police Chief Paul Dalen said in a statement. “Our thoughts and prayers are with the friends and family of Laura and Marko and we pray for a full recovery of the third victim.”

Uribe’s sister, Maria Uribe, told NBC 5 Chicago that Lauren had fallen in love with the city of Chicago and was merely “following her dream.”

“She was really smart,” Maria Uribe said. “She was following her dream. She fell in love with Chicago when she got here.”

Though prosecutors sought a $5 million bond for Rodea-Cruz, a judge placed a bond of $750,000 on him and he has been charged with aggravated DUI causing death and aggravated DUI causing great bodily harm. If convicted, the illegal alien faces a maximum prison sentence of 28 years. His next court appearance is November 25.

The sanctuary state of Illinois, which shields criminal illegal aliens from deportation, has seen a number of cases where illegal aliens who should have been deported from the U.S. went on to allegedly kill Americans. In June, 39-year-old father of two Corey Cottrell was killed when an illegal alien caused a hit-and-run crash.