Angel Mom Agnes Gibboney says the sanctuary state of California is set to re-traumatize herself and her family by freeing her son’s murderer, an illegal alien, from prison without turning him over to the Immigration and Customs Enforcement (ICE) agency for deportation.

Gibboney — whose 29-year-old son Ronald Da Silva was killed by an illegal alien in 2002 in El Monte, California  — is pleading with California Gov. Gavin Newsom (D) to make sure that her son’s killer is turned over to ICE for deportation rather than being freed into the U.S.

The illegal alien killer had been previously deported from the U.S. and a year before murdering Silva was arrested for assault and domestic violence but was never deported.

In an exclusive with SiriusXM Patriot’s Breitbart News Tonight, Gibboney said the fact that her son’s killer is likely to be freed by California is unfair to legal immigrants and American citizens like her.

“It’s really frustrating and I can honestly say that the initial loss of my son was incredibly traumatizing and this is the second traumatization that my local government is creating in my life,” Gibboney continued. “You know when I think about the illegal aliens saying that they’re going to sue our president or sue our government because they are distressed because they are in fear of getting caught by ICE, get out of here. So if they’re going to sue, what should I sue for?”

“My family has been damaged in the worst way possible,” Gibboney said. “We are permanently separated from my son. They get to visit, they get to see their families. This individual will get to see his family. I will never get to see my son again.” 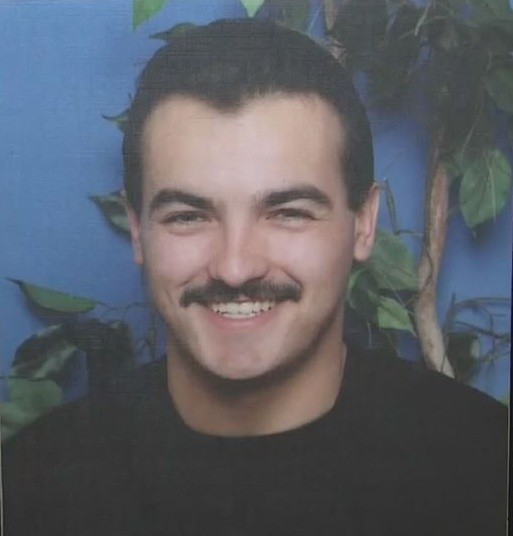 Ronald de Silva, an American citizen, was murdered by an illegal alien in 2002 who is now set to be released by the sanctuary state of California this month. (Facebook)

Gibboney told Breitbart News that her son’s killer has classified himself as “transient” and thus if released into California will make it even more difficult for ICE agents to track him down for arrest and deportation.

“It’s mind-boggling. As a legal immigrant, where are the safety and protections for myself, for my family? I have to watch over my back every minute if this guy comes after me because I am very outspoken,” Gibboney said.

Gibboney said that for the last 17 years, she has been “really bothered” that she, as a taxpayer, has had to pay more in state taxes to pay for the living conditions of illegal aliens like her son’s killer.

“It is absolutely incredible and every American should open their eyes, because today my family was victimized, tomorrow it could be yours,” Gibboney said. “We cannot afford to have any more lives lost and families victimized.”

“It’s not fair that they come here demanding things that they are not entitled to and we, the American taxpayers, are picking up the tab to support them because they make demands and we have to give it to them,” Gibboney said. “… that’s a slap in the face.”

As Breitbart News has chronicled, California — with one of the most expansive sanctuary state laws in the nation — has likely helped free at least 5,000 criminal illegal aliens back into American communities.

In the sanctuary jurisdiction of Los Angeles County, California, federal immigration officials have testified to Congress that about 100 criminal illegal aliens are released every single day back into the general public without any notification to ICE agents. Roughly 80 percent of illegal aliens freed by sanctuary jurisdictions go on to commit more crimes against Americans, federal data has concluded.