InfoWars host Owen Shroyer interrupted Monday’s impeachment hearing before the House Judiciary Committee, shouting it is Chairman Jerry Nadler (D-NY) and the Democrat Party who are “committing treason against this country,” adding they are trying to remove President Trump “because they don’t like him.”

Within minutes of the session, shouts from Shroyer filled the room as Nadler spoke.

“Jerry Nadler and the Democrat Party are committing treason against this country! You can kick me out, but he’s the one committing crimes. You are Jerry Nadler,” Shroyer shouted. 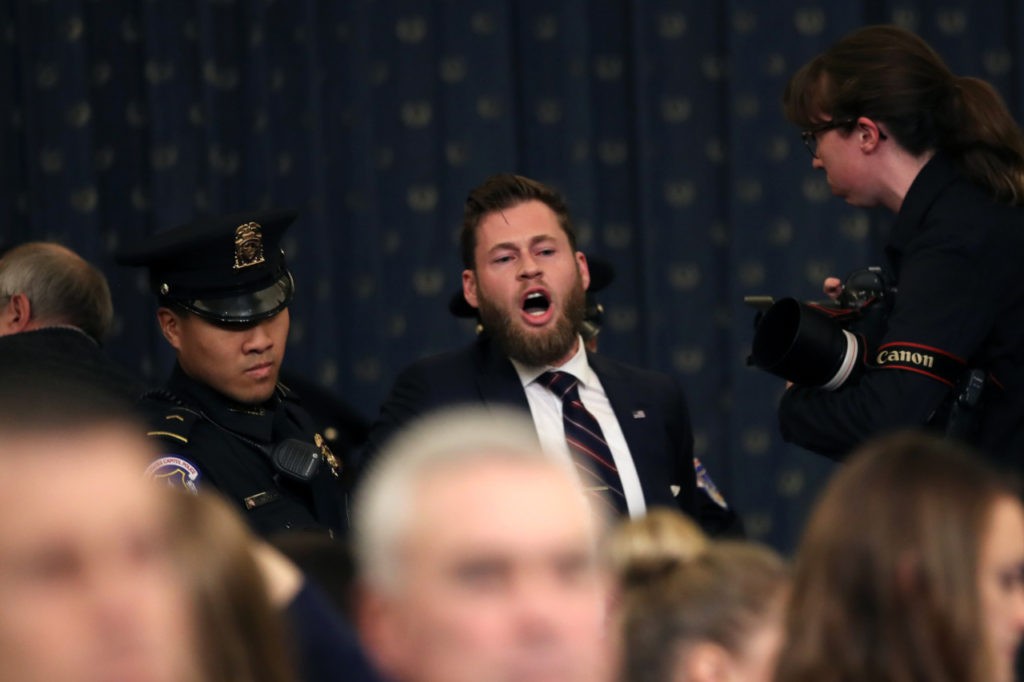 “You’re the one committing treason. America’s done with this! America’s sick of the treason committed by the Democrat Party. We’re not going to sit here and watch you run an impeachment scam and remove our vote,” he continued, live-streaming his protest.

“We voted for Donald Trump, and they’re simply removing him because they don’t like him,” he added. “Americans are sick of your impeachment scam. They’re sick of the Democrat treason. We know who committed the crimes, and it wasn’t trump. Trump is innocent”:

The Judiciary Committee’s report, laying out the legal and constitutional framework for impeachment, does not necessarily rule out “treason,” as Breitbart News extensively detailed.