Prince Harry and Meghan Markle will look to public charity to help fund their future solo work focusing on “the wellbeing of society and female empowerment.”

A post on the Sussexes’ new website says they intend to create “a charitable entity that will not only help complement these efforts, but also advance the solutions the world needs most.”

The focus will be on environmental issues, the wellbeing of society and female empowerment, are part of what they call their transition to a new working model.

The sussexroyal.com website says: “The call to protect our environment is more urgent now than at any other time in human history. The Duke of Sussex believes that we can meet the challenges by working together to build truly sustainable communities.” 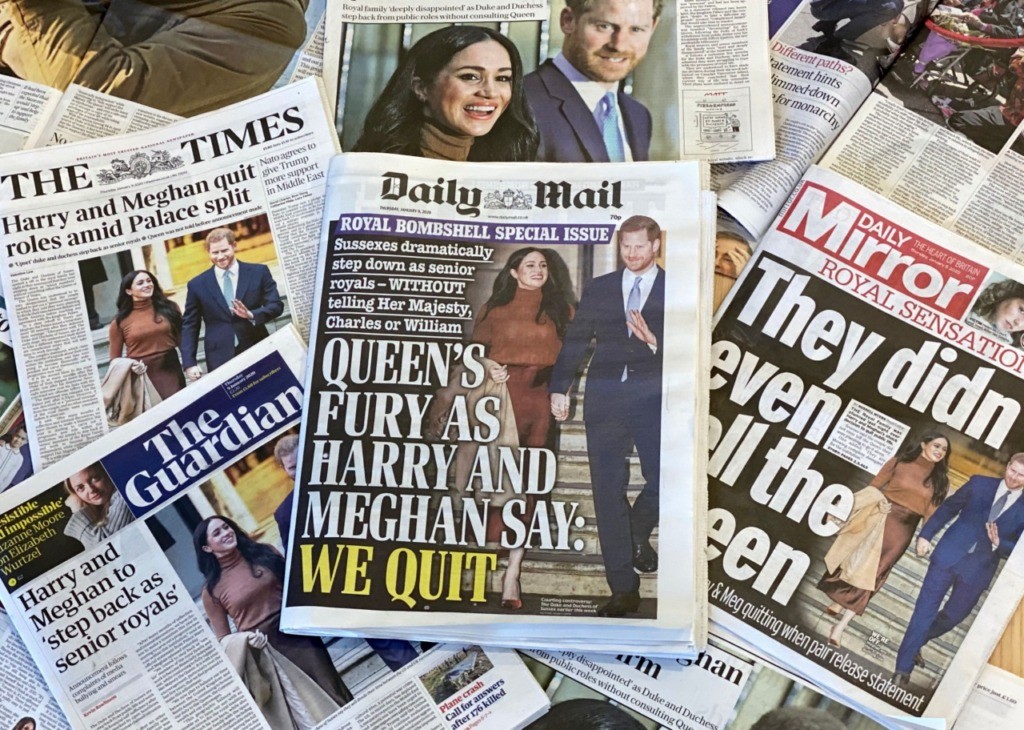 An arrangement of UK daily newspapers photographed as an illustration in London on January 9, 2020, shows front page headlines reporting on the news that Britain’s Prince Harry, Duke of Sussex and his wife Meghan, Duchess of Sussex, plan to step back as “senior” members of the Royal Family. Media reports said the Duke and Duchess of Sussex made their bombshell statement without notifying either Harry’s grandmother the monarch, or his father Prince Charles. (DANIEL LEAL-OLIVAS/AFP via Getty Images)

The website also notes Meghan is “deeply committed to advancing gender equity, empowering women and girls, and working within the community on a grassroots level to encourage women to recognise their inherent value.”

As Breitbart News reported, the Royal duo announced Wednesday they are to “transition” to a “progressive new role” in 2020 and look to spread their time on either side of the Atlantic when not flying to distant shores to promote their charity and environmental causes.

The pair will continue to use Frogmore Cottage – with the permission of Her Majesty The Queen – so “their family will always have a place to call home in the United Kingdom,” the website outlines.

Their announcement of financial “independence” comes less than a year after Frogmore was gutted and rebuilt with $3 million in funds provided by British taxpayers.