Thousands of protesters took part in the fourth annual Women’s March in the nation’s capital on Saturday, many wearing “Love Trumps Hate” buttons while spewing expletives about President Donald Trump and his administration.

Martin Luther King III spoke from the stage on Freedom Plaza and introduced his wife, Andrea Waters King, who spoke to a cheering crowd about love triumphing over hate on the eve of the holiday commemorating the late civil rights icon Martin Luther King Jr.

But protesters in the crowd sent a less congenial message, wearing “f—k Trump,” buttons and t-shirts, holding “Depose the King” signs and calling the president a liar and a criminal. Posters described Trump as excrement and the now infamous baby Trump balloons were plentiful. 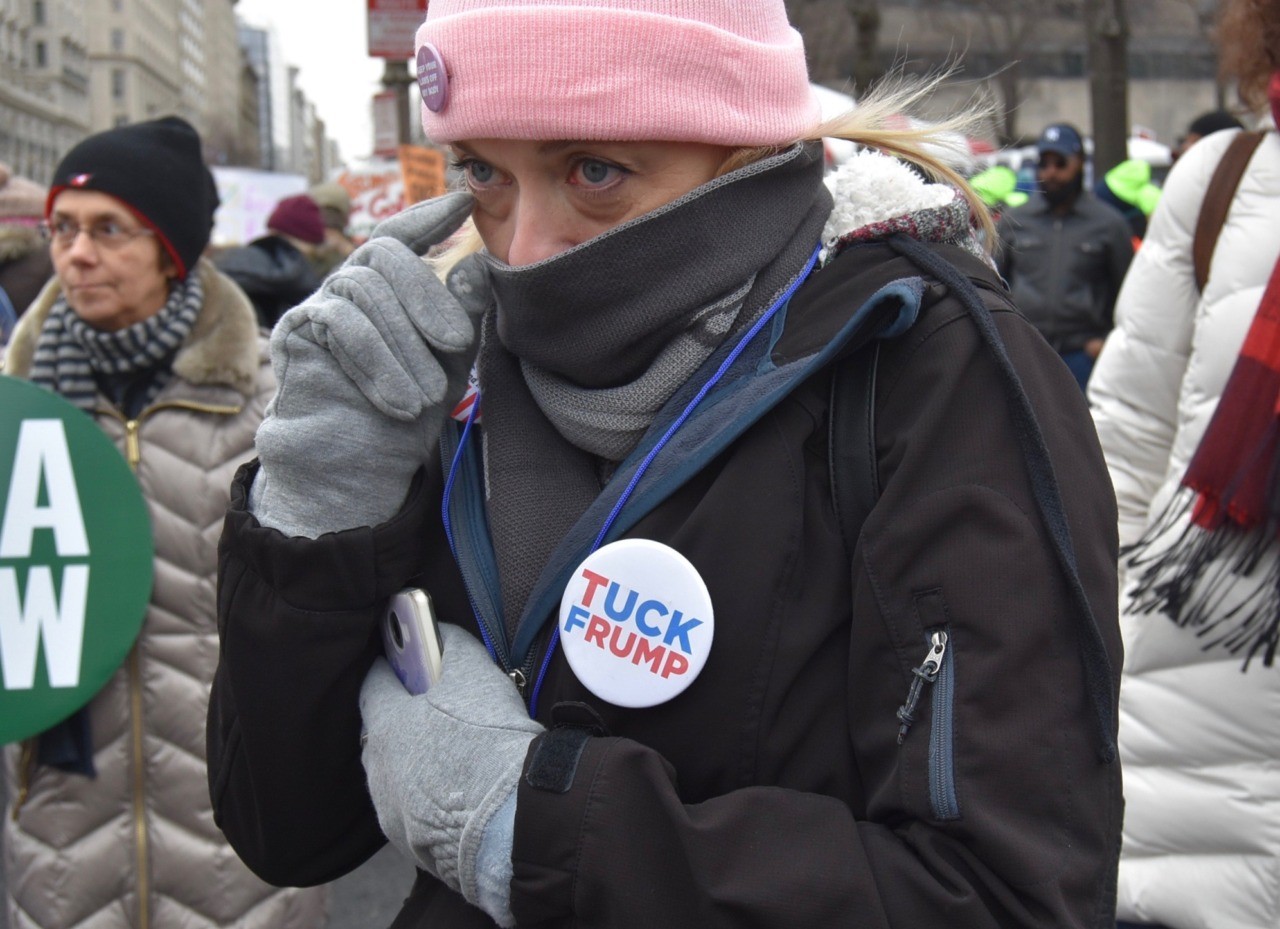 The love theme of the protest shifted when a Hispanic group of women took the stage to reprise a Latin American protest song, “A Rapist in Your Path,” which has graphic lyrics accusing men of being rapists:

Lyrics to the song in English are:

That imprisons us at birth

Is the violence you DON’T see.

That imprisons us at birth

Is the violence you CAN see.

Impunity for my killer.

And it’s not my fault, not where I was, not how I dressed.

And the rapist WAS you

And the rapist IS you

It’s the cops,It’s the judges, 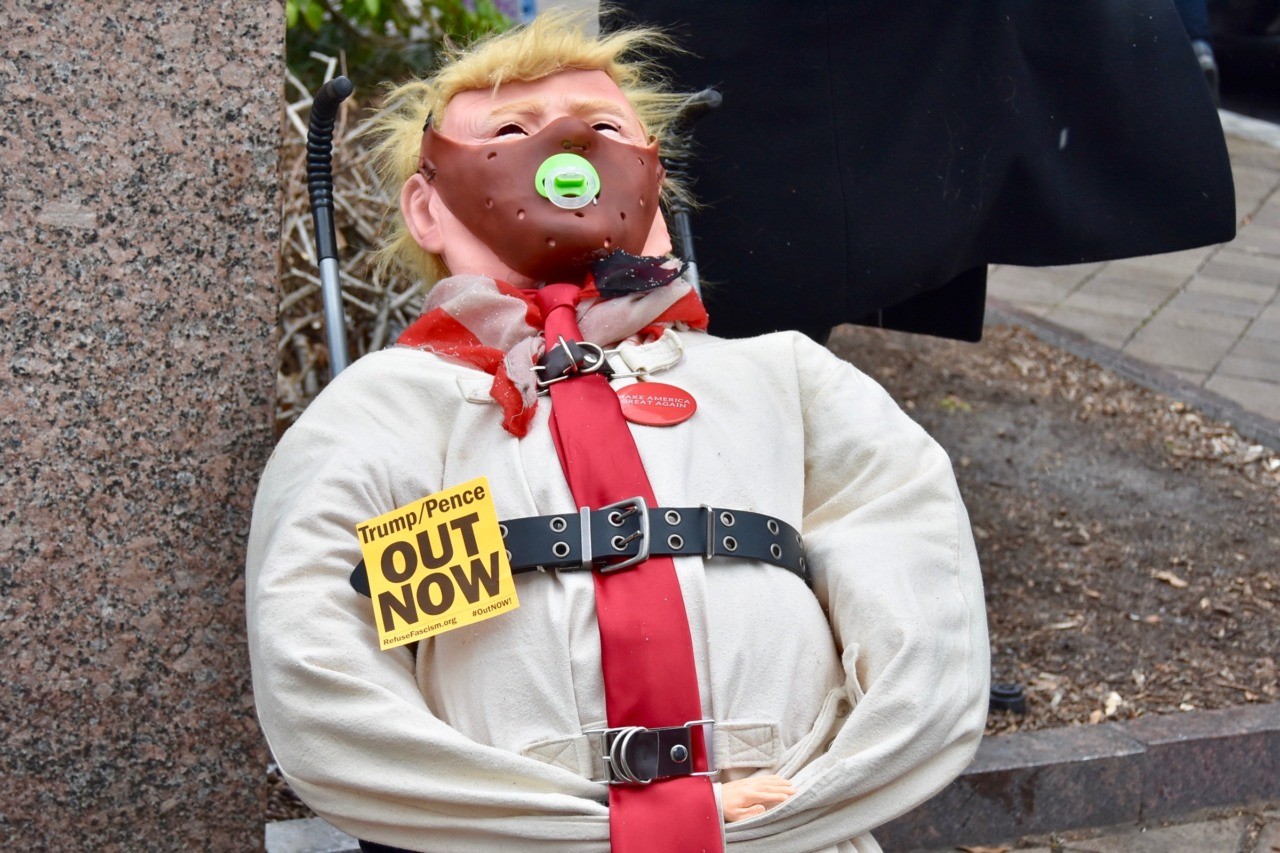 One man at the Women’s March carried an effigy of President Trump in a straight jacket. (Penny Starr/Breitbart News) 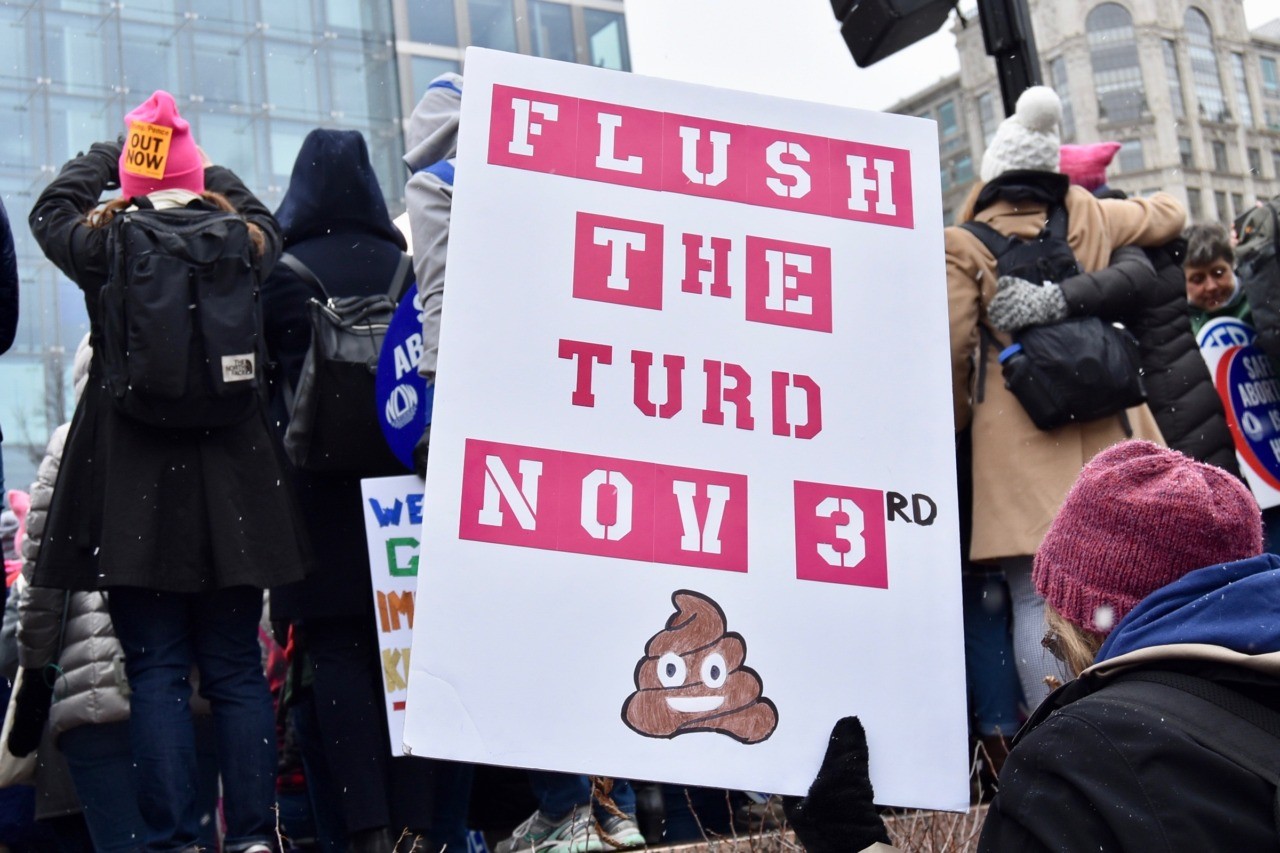 Protesters at the Women’s March in Washington, DC, on Saturday hope that President Trump is voted out of office in 2020. (Penny Starr/Breitbart News)

The Guardian reported the Chilean protest song “about rape culture and victim shaming has become an anthem for feminists around the world.”

Saturday’s event was meant to shore up the Women’s March movement after controversy about antisemitism led to the resignation of three of its founders last year.

The Women’s March in September announced the departure of Tamika Mallory, Bob Bland, and Linda Sarsour. 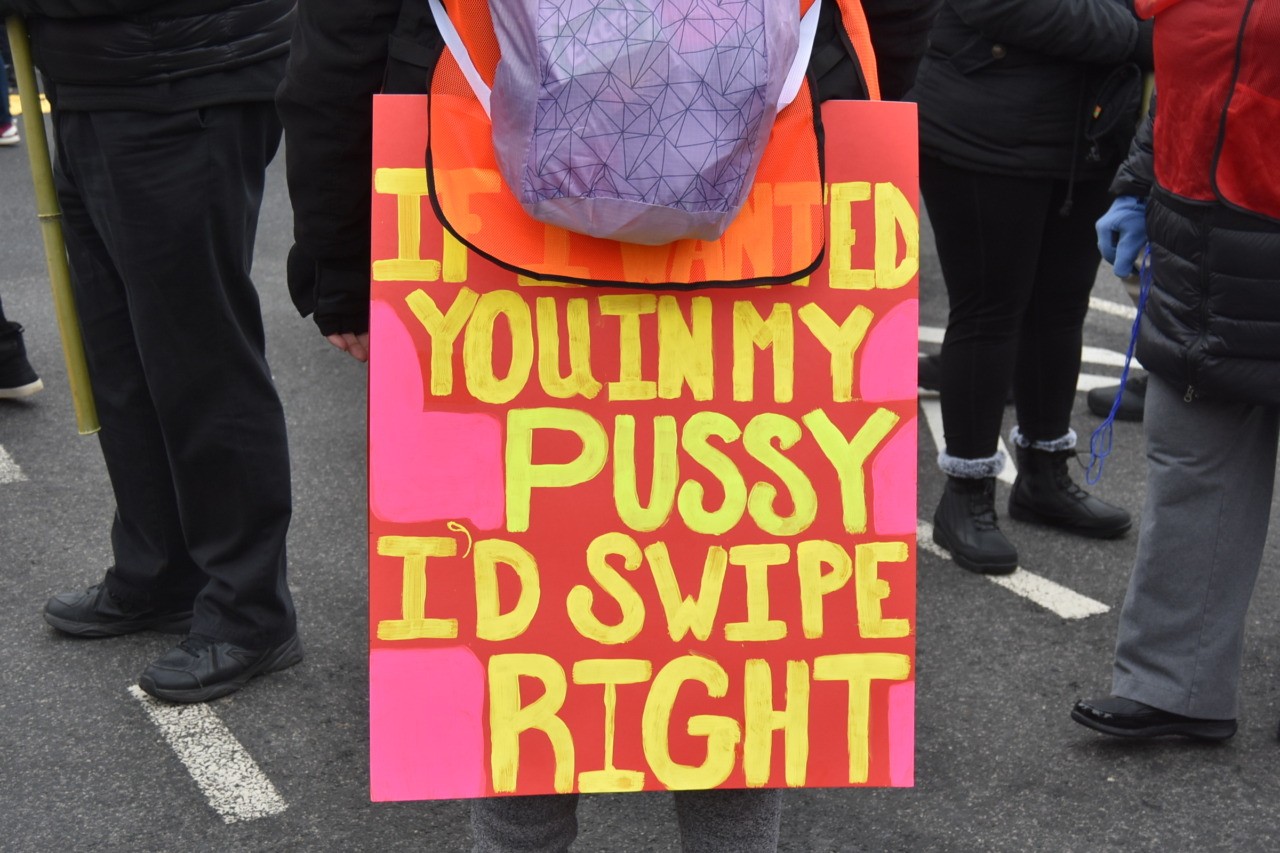 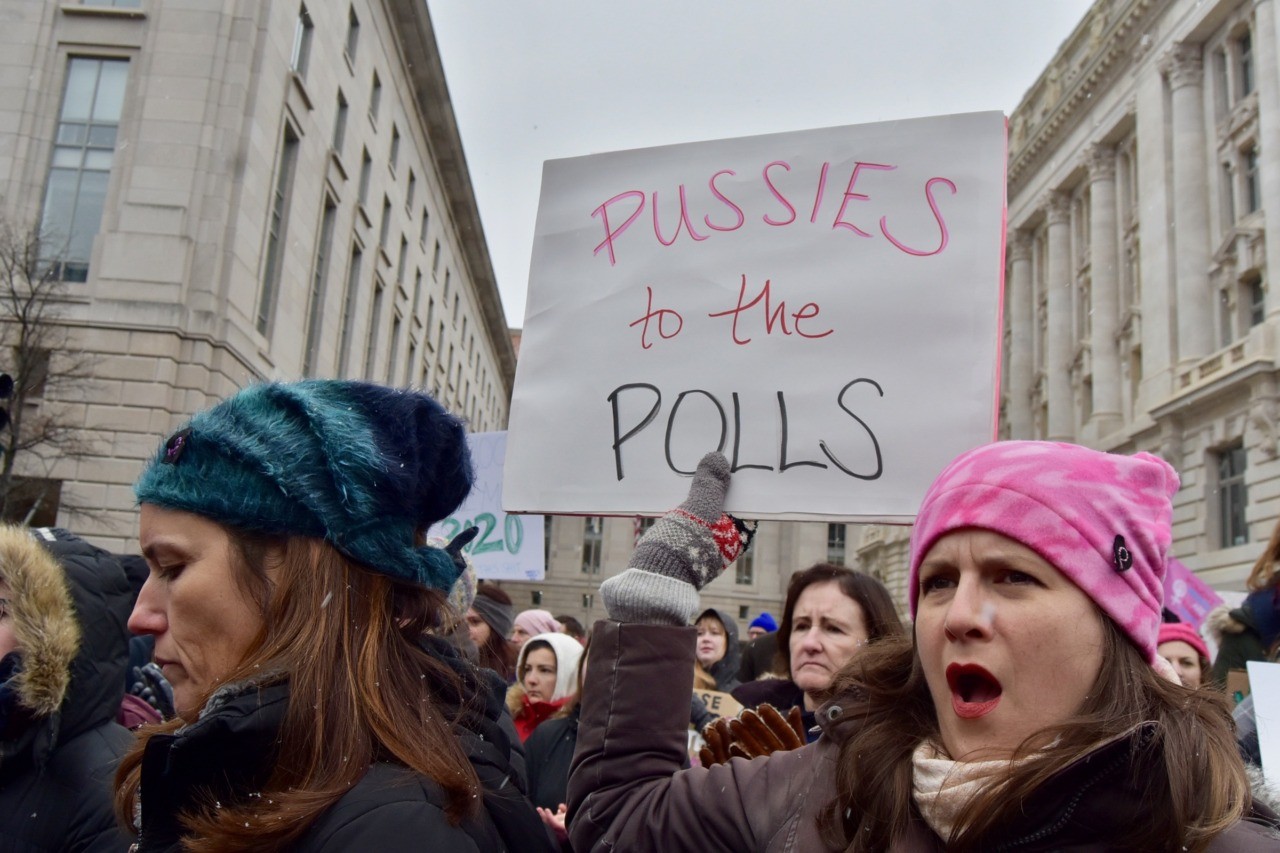 The P-word was popular with protesters at the 2020 Women’s March in Washington, DC, on Saturday. (Penny Starr/Breitbart News)

The organizations supporting this year’s march, however, are many of the same anti-Trump groups that have opposed him since his election, including Planned Parenthood, Code Pink, Credo, Demand Justice – cofounded by Brian Fallon, former national press secretary for Hillary Clinton’s failed 2016 presidential run – Indivisible, In Our Own Voice: National Black Women’s Reproductive Justice Agenda, League of United Latin American Citizens, League of Women Voters, NARAL Pro-Choice America, National Organization for Women, and YWCA.