The number of new hospitalizations in New York plummeted on Thursday to the lowest since the coronavirus crisis began in the state.

“We had 200 net increase in hospitalizations, which you can see is the lowest number we’ve had since this nightmare started actually,” said New York Gov. Andrew Cuomo (D).

Cuomo spoke to New Yorkers at a press conference on Thursday, sharing some good news coming from the data. 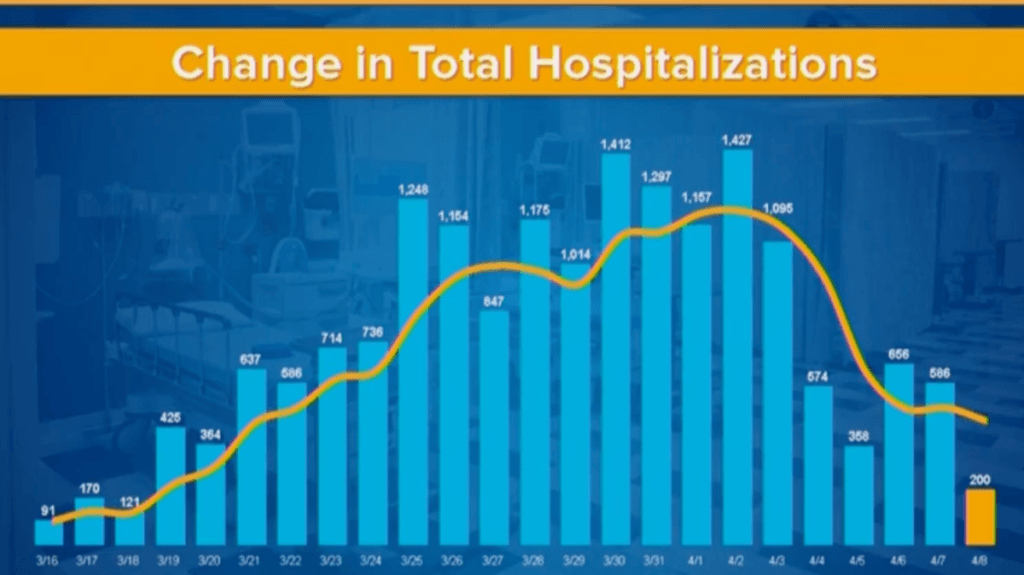 The Gates-funded Institute for Health Metrics and Evaluation (IHME) model projected 73,000 hospitalizations in the state; the McKinsey model showed between 55,000 and 110,000.

He also pointed to the Columbia University model that showed 136,000 hospitalizations just in New York City.

“That is the one that keeps me up at night,” he said. 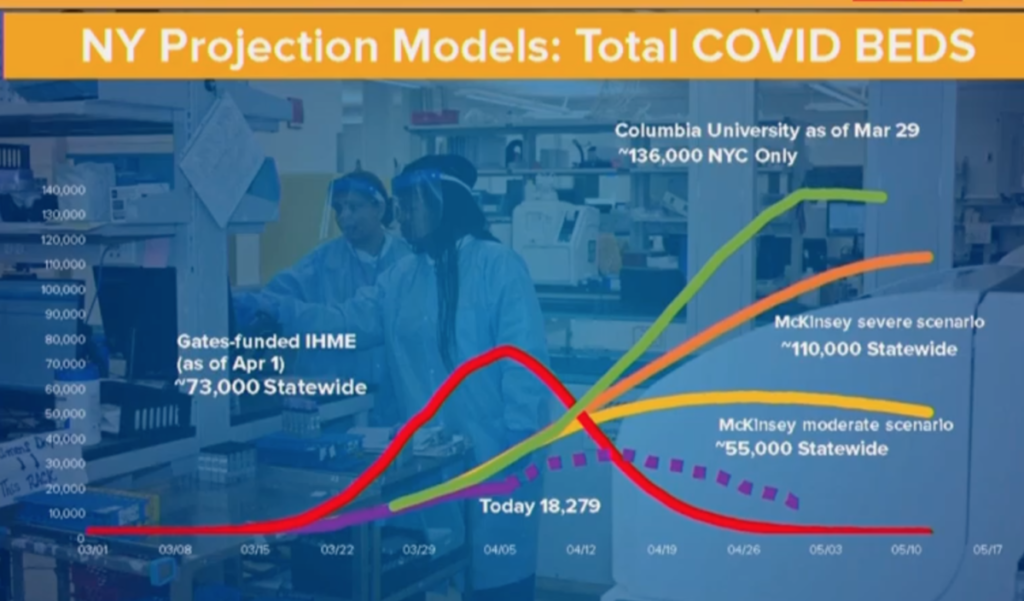 Cuomo said that the state had reached a 90,000-bed capacity thanks to help from the Army Corps of engineers, which he felt was currently adequate.

“Luckily the current trend, if it continues, we’re at about 18,000 hospitalized people right now,” he said.

Cuomo noted that intensive care unit (ICU) admissions and intubations were also down, even though a single-day record of 779 deaths occurred on Wednesday. He said that the number of deaths would be the last number to decline.

He praised the state for following the social distancing guidelines, which he said were responsible for reducing the number of hospitalizations.

“Our efforts are working. They’re working better than anyone projected they would work; that’s because people are complying with them,” Cuomo said. But he warned that if Americans stopped following the guidelines, the curve could increase dramatically.

“Don’t underestimate this virus. I think that’s a mistake that we made from day one,” he said.