President Donald Trump said Wednesday that the White House Coronavirus Task Force will “continue on indefinitely” despite preliminary discussions about disbanding it at the end of May or early June.

“The Task Force will continue on indefinitely with its focus on SAFETY & OPENING UP OUR COUNTRY AGAIN,” Trump wrote on Twitter.

Vice President Mike Pence told reporters on Tuesday that there were “preliminary talks” about disbanding the task force and letting government agencies resume their handling of the fight against the virus.

That sparked an avalanche of criticism from the media and Democrats who accused the president of ending the task force prematurely.

“We may add or subtract people to it, as appropriate. The Task Force will also be very focused on Vaccines & Therapeutics,” he wrote. “Thank you!”

The president also praised Pence’s leadership of the team that was formed in February.

“The White House CoronaVirus Task Force, headed by Vice President Mike Pence, has done a fantastic job of bringing together vast highly complex resources that have set a high standard for others to follow in the future,” he wrote. 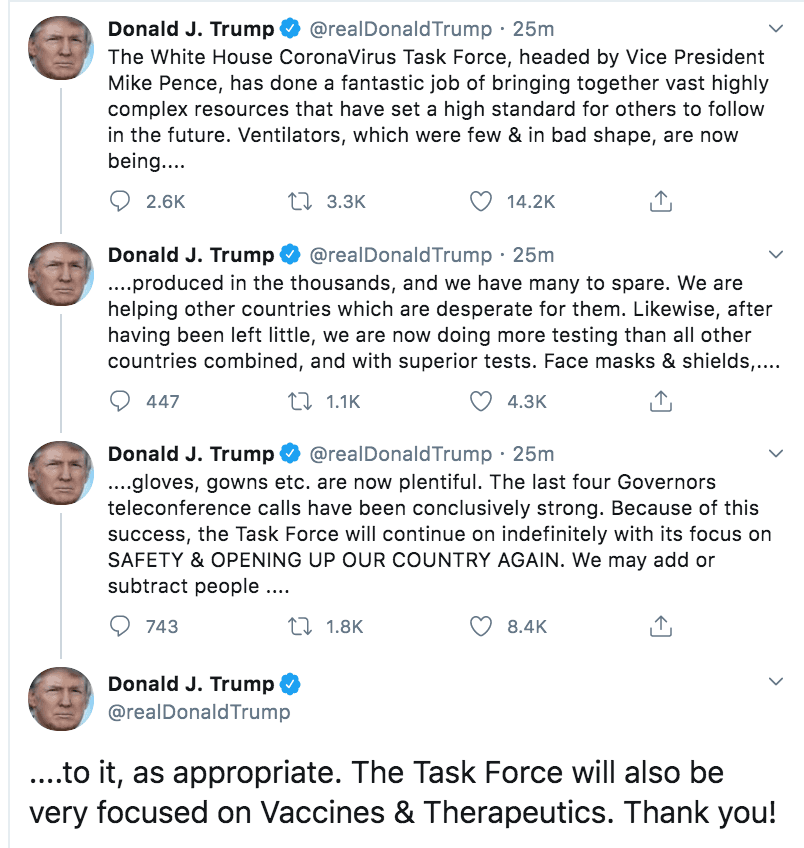