President Donald Trump’s physician on Monday noted that he concluded with the president that hydroxychloroquine has a “potential benefit” against coronavirus.

“After numerous discussions, he and I had regarding the evidence for and against the use of hydroxychloroquine, we concluded the potential benefit from treatment outweighed the relative risks,” Commander Sean Conley, DO, USN wrote in a memo released by the White House.

Trump revealed to reporters on Monday afternoon that he had been taking the drug for about a week and a half.

“I’m taking the two, the zinc and the hydroxy, and all I can tell you is, so far I seem to be ok,” he said.

Conley noted that Trump continued to be in “very good health” and “symptom-free” of coronavirus and that his tests were all negative, but did not confirm that the president was taking it.

He added that he would continue to consult and monitor studies regarding hydroxychloroquine and other therapies.

“I anticipate employing the same shared medical decision-making based on the evidence at hand in the future,” he concluded.

Read the full memo below: 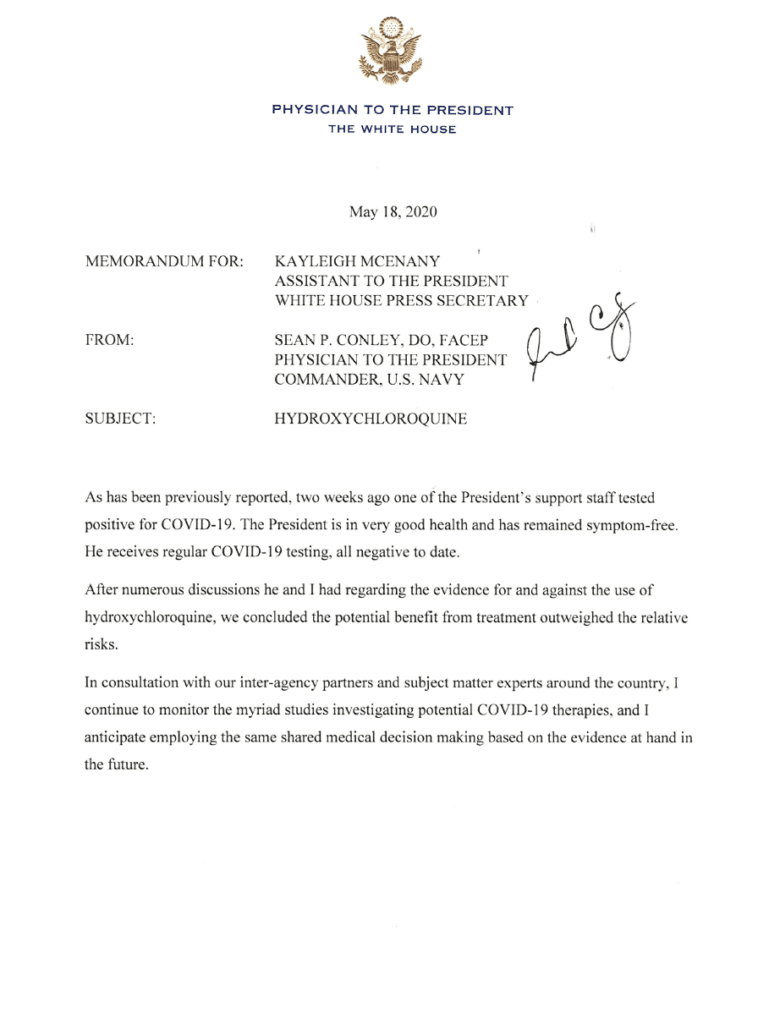