Thousands of people crowded the streets of New York and Los Angeles on Sunday to join protests on behalf of black transgender people, in a nationwide set of demonstrations affiliated with the Black Lives Matter (BLM) movement. 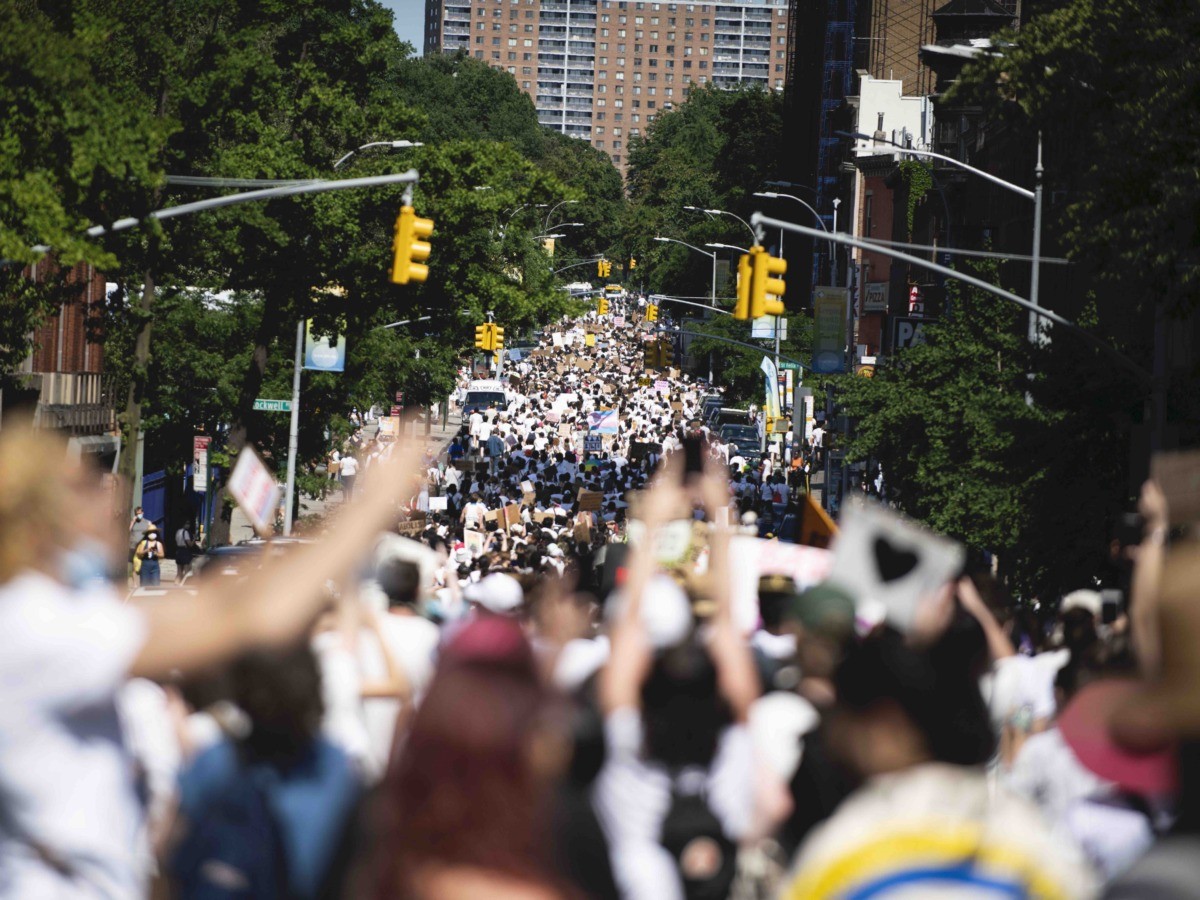 NEW YORK, NY – JUNE 14: Thousands fill the streets in support of Black Trans Lives Matter and George Floyd on June 14, 2020 in the Brooklyn borough of New York City. Protests continue all around the country in the wake of the death of Floyd while in Minneapolis police custody on May 25. (Photo by Michael Noble Jr./Getty Images)

Protesters packed the courtyard of the Brooklyn Museum and surrounding parkway in New York City on Sunday in support of Black trans lives, merging the fight to protect two deeply marginalized groups.

The rally began about 1 p.m. in front of the museum, just a short walk east of Brooklyn’s Grand Army Plaza, as activists made speeches emphasizing the importance of human rights for Black trans lives. About two hours later, attendees began to march north, led by event organizers and Black transgender women in front.

A spokesperson for the organizers did not have an official estimate for the crowd, but a swarm of attendees covered the plaza in front of the museum and took over the road on Eastern Parkway, likely in the thousands. 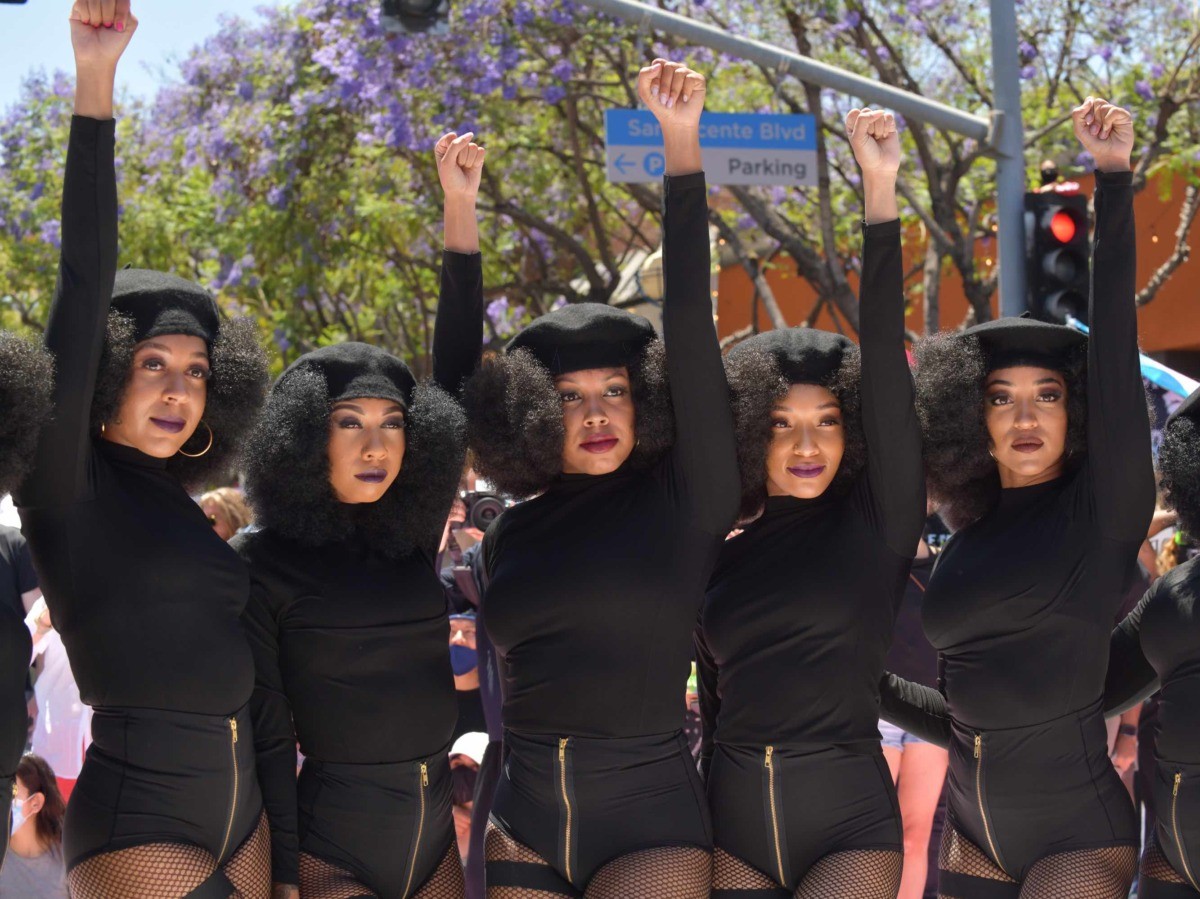 Thousands of “All Black Lives Matter” demonstrators converged on Hollywood Boulevard in front of the TCL Chinese Theatre on Sunday, denouncing racial injustice and supporting LGBTQ rights, before marching on to West Hollywood as protests continued nationwide.

The march was organized by the Black Advisory Board, made up of Black LGBTQ+ leaders and organizations. On the event’s website, the board posted a statement announcing a protest “in direct response to racial injustice, systemic racism, and all forms of oppression.”

Some activists gathered around President Trump’s star on the Walk of Fame and demanded his removal from office because of his divisive rhetoric and insensitivity to racial justice issues.

The annual Los Angeles Pride Parade, an annual display of LGBTQ solidarity, had been canceled due to concerns about coronavirus. However, the event was reorganized as a protest after the Black Lives Matter demonstrations erupted across the nation in the wake of the killing of George Floyd in police custody in Minneapolis, Minnesota, on Memorial Day.

Images of the protests on both coasts suggested that there was very little concern for “social distancing,” even though New York and Los Angeles are both subject to relatively strict orders from state and local authorities due to coronavirus.