About 8-in-10 police officers of about 10,000 surveyed this week said they would not recommend becoming an officer to their son or daughter. 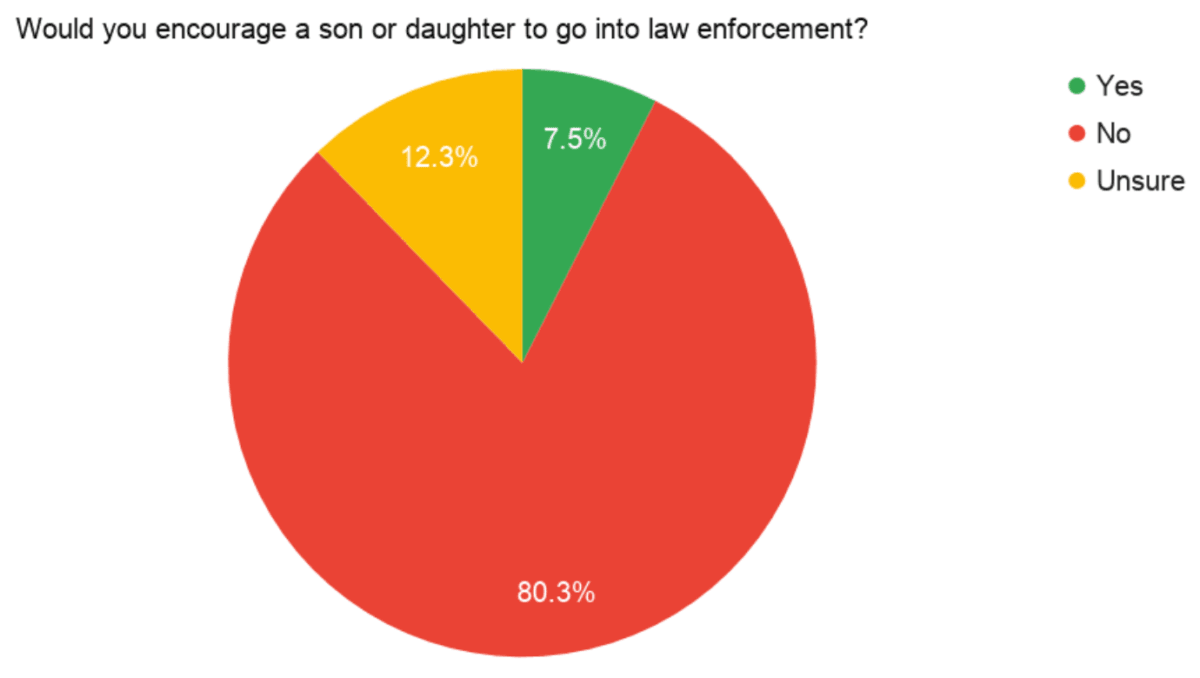 Less than 4-in-10 police officers said they would absolutely enter law enforcement if they had to do it again. More than 35 percent said they would not enter the profession again, and 26 percent were unsure.

About half of the 10,000 police officers surveyed said they were satisfied with the job, but not as much as they once were. More than 21 percent said they had little or no satisfaction with being a police officer today.

The survey comes as riots in major U.S. cities continue against law enforcement and some localities begin a plan to defund their police departments or at least cut their budget. Though the riots against police have garnered national attention for weeks, less than 20 percent of Americans support the Black Lives Matter movement’s “Defund the Police” campaign.