While the W.H.O. has largely dismissed airborne transmission in spreading the virus in the past, it demonstratively shifted its tone in the brief which stated “some outbreak reports related to indoor crowded spaces have suggested the possibility of aerosol transmission, combined with droplet transmission” in places like fitness classes and restaurants.

“In these events, short-range aerosol transmission, particularly in specific indoor locations, such as crowded and inadequately ventilated spaces over a prolonged period of time with infected persons cannot be ruled out,” W.H.O. stated, while emphasizing that respiratory droplets — through coughing and sneezing — and fomite transmission can “also explain human-to-human transmission within these clusters.”

Takeaways, per the study:

The brief added the virus is primarily spreading through people who are exhibiting symptoms, particularly when they are in “close proximity to others for prolonged periods of time.”

While the study said transmission can occur from people who have the virus but are not exhibiting symptoms, it explicitly states that the “extent to which this occurs is not fully understood and requires further research as an urgent priority.” It previously called such transmission “very rare.”

“The role and extent of airborne transmission outside of health care facilities, and in particular in close settings with poor ventilation, also requires further study,” it concluded.

The U.S. formally withdrew from the W.H.O. this week, fulfilling President Trump’s vow to sever ties with the UN-backed organization. 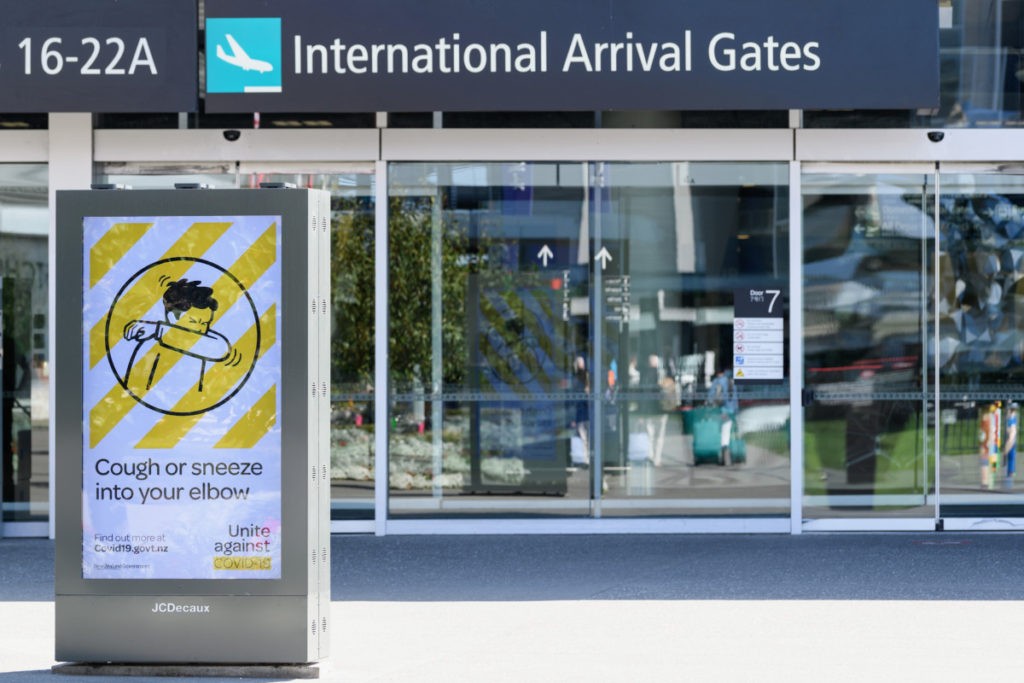 A sign saying ‘cough or sneeze into your elbow’ is seen at the entrance of Christchurch International Airport in Christchurch, New Zealand.  (Photo by Kai Schwoerer/Getty Images)

“Because they have failed to make the requested and greatly needed reforms, we will be today terminating our relationship with the World Health Organization and redirecting those funds to other worldwide and deserving, urgent, global public health needs,” Trump said — a decision his failed challenger Hillary Clinton later called “self-inflicted disaster.”

On Thursday, W.H.O. Director-General Tedros Adhanom Ghebreyesus issued an emotional plea, begging the world to unite and rally behind his leadership.