The United States is expected to have up to 500,000 fewer births next year due to the Chinese coronavirus crisis and the economic recession that has ensued.

Research from the Brookings Insititute, published by Bloomberg Businessweek, finds that predictions that the nation’s stay-at-home orders from the crisis would spur a baby boom have failed miserably.

Instead, the U.S. is expecting significantly fewer births:

The Guttmacher Institute surveyed about 2,000 American women in late April and early May and found that 34% wanted to delay pregnancy or have fewer children as a result of the pandemic. That outweighed the 17% who said they wanted children sooner or more of them. [Emphasis added]

In June the Brookings Institution released a study predicting the U.S. is headed for “a large, lasting baby bust.” Its researchers forecast there will be 300,000 to 500,000 fewer children born in the U.S. in 2021 than there would have been absent the crisis, which amounts to a decrease of roughly 10% from 2019. That means the number of babies never born is likely to greatly exceed the number of Americans who’ve died from coronavirus, which is approaching 150,000. The effect on population will be longer-lasting as well: Many of the babies who aren’t being born would have lived into the 22nd century. [Emphasis added]

Following the Great Recession from 2007 to 2009, demographers predicted that there would be a baby boom as had happened in the second half of the 20th Century following economic declines. But, the baby boom never came.

“Had prerecessionary fertility patterns been sustained through 2019, there would have been 6.6 million more births, and nearly 3 million more women would have had their first child over the last 11 years,” University of New Hampshire demographer Kenneth Johnson told Bloomberg Businessweek. 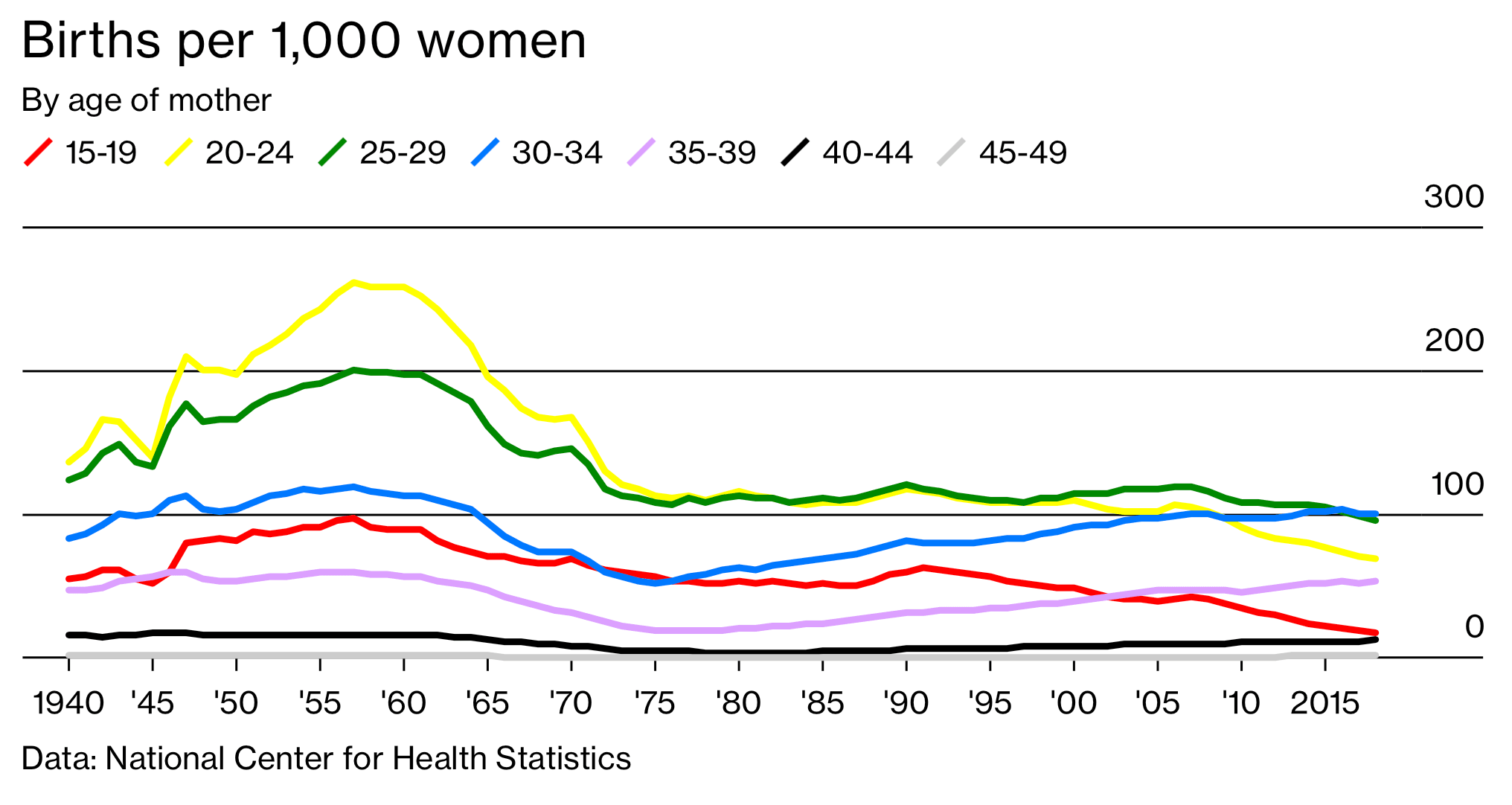 As Breitbart News reported, birth and fertility rate data released by the U.S. Census Bureau reveals that less than 3.8 million babies were born in the U.S. in 2018 — a drop of two percent, or almost 64,000 less births compared to the year before.

Conversely, Hungary’s Prime Minister, Viktor Orbán, has implemented a pro-family agenda to increase his nation’s birth rate among similar rapid decline, as Breitbart News has reported. As part of that agenda, the government of Hungary gives a loan of $33,000 to eligible Hungarian couples after they marry. That loan is fully forgiven by the government so long as the couple has three children.