The Center for Disease Control and Prevention (CDC) published the finalized birth and fertility rates for 2018, finding that U.S. birth rates have been dropping since 2015. Last year, less than 3.8 million babies were born in the U.S. — a drop of two percent, or almost 64,000 births, since 2017. 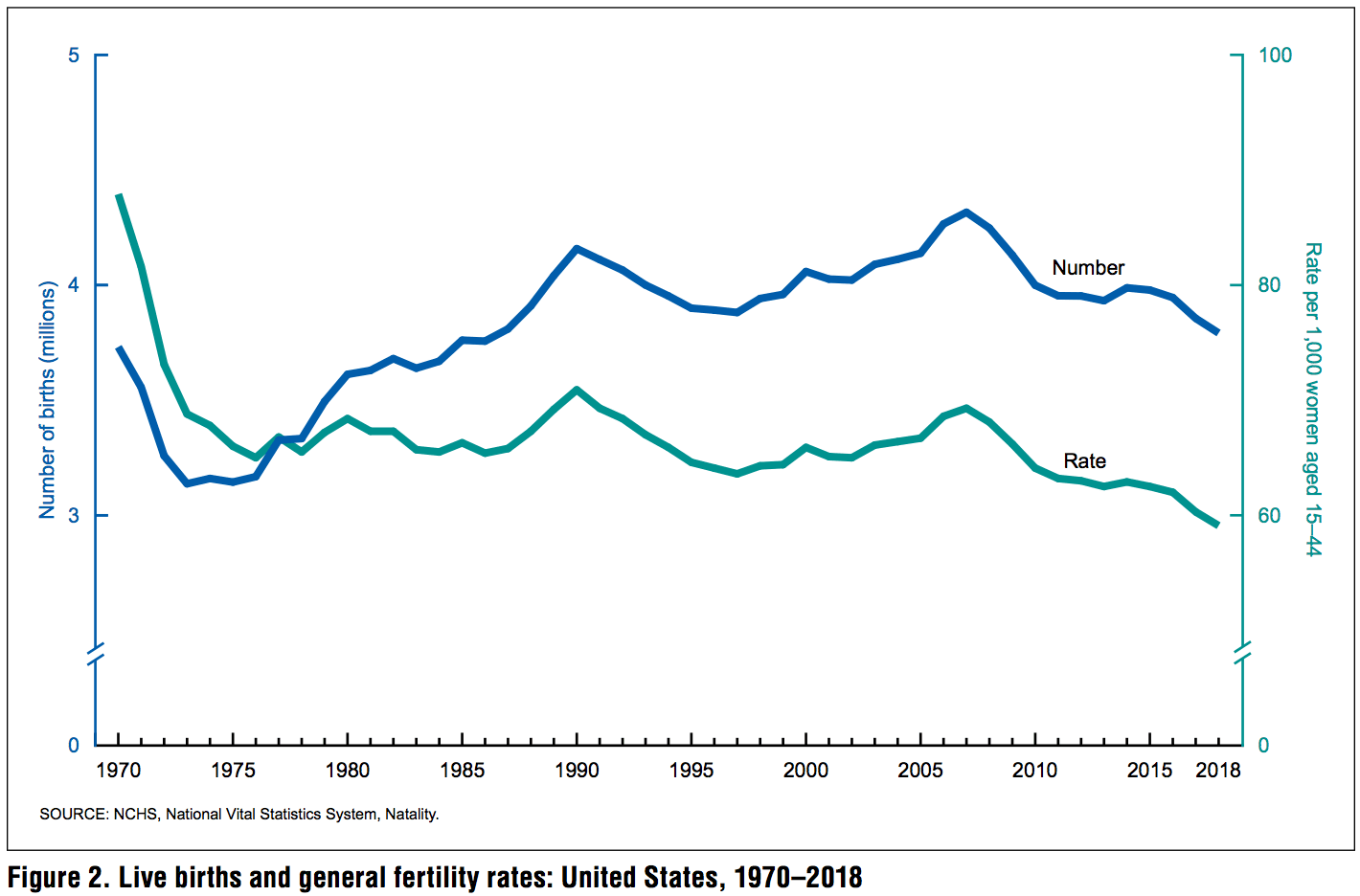 (Chart via the Center for Disease Control)

Political consultant Ryan Girdusky noted in his newsletter this week:

Since 2016, non-Hispanic white births have fallen by about 100,000, blacks by 6,600, Asians by 13,700, and Hispanics by 22,200 annually. Every racial group currently has a fertility rate under replacement levels. The only state to have a fertility rate above replacement levels is in South Dakota, with North Dakota, Nebraska, and Utah slightly behind.

Girdusky said the U.S. could see an increase in the birth rate for the first time in years.

“The good news is that [the second quarter] of 2019 was the first quarter in several years where the fertility rate rose,” Girdusky wrote.

Oppositely, Hungary’s Prime Minister Viktor Orbán has implemented a pro-family agenda to increase his nation’s birth rate among similar rapid decline, as Breitbart News has reported. As part of that agenda, the government of Hungary gives a loan of $33,000 to eligible Hungarian couples after they marry. That loan is fully forgiven by the government so long as the couple has three children.

“What we need is not numbers, but Hungarian children: we’re not seeking to sustain an economic system, but Hungary, the Hungarian nation and Hungarian history; we want to encourage the continuation of our families for several generations,” a government spokesperson said in June.