Politico’s Playbook reported on Friday that people turned the areas by the NIH elevators into a “shrine” to honor Fauci: 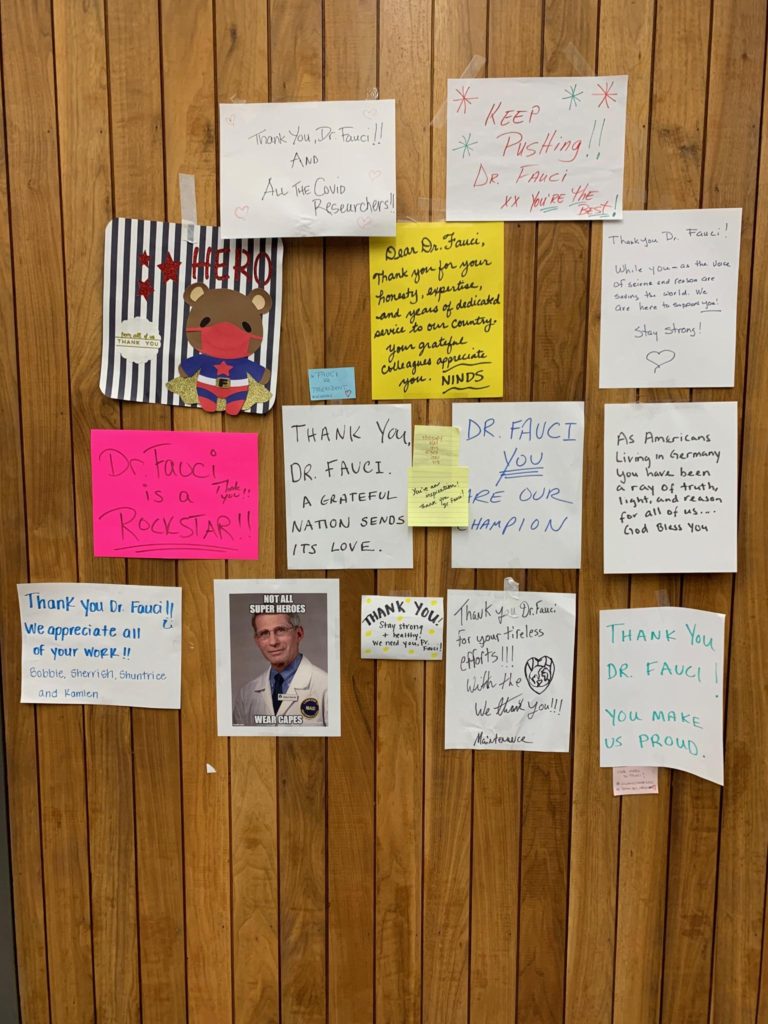 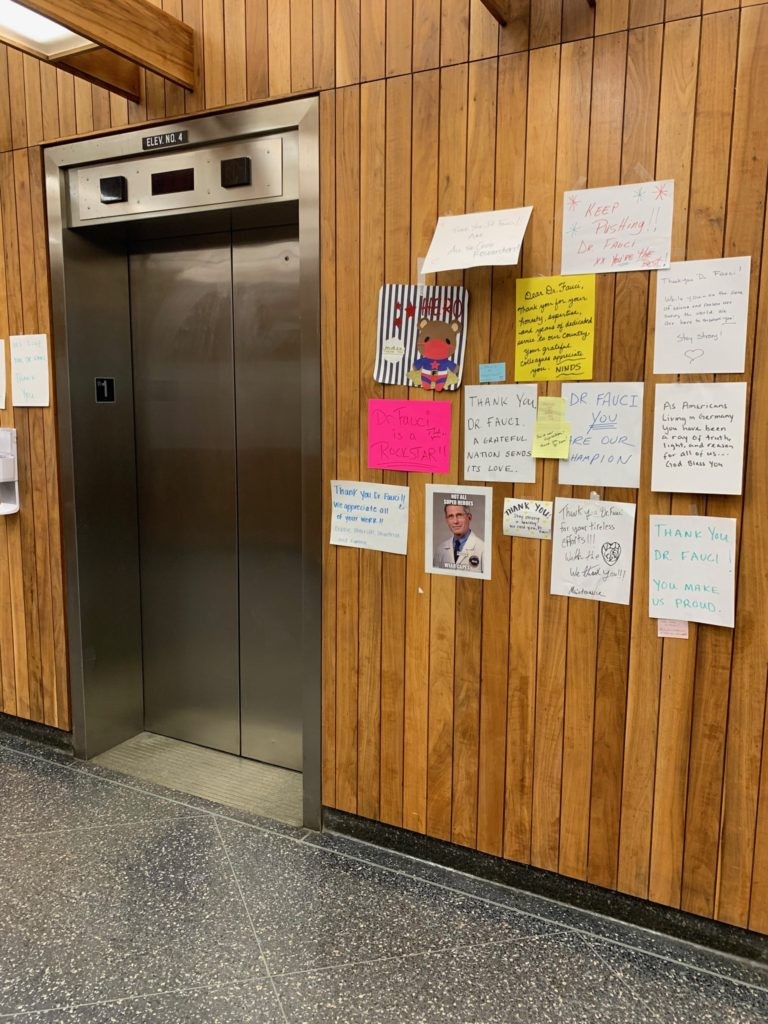 “Deborah Birx is the worst,” Pelosi told Meadows and Mnuchin. “Wow, what horrible hands you’re in.”

However, she praised Fauci, saying he “came to his sense, and is now a hero.”

Pelosi also noted that Fauci has the record for most sold Topps baseball cards, stating, “They’ve sold more baseball cards of him than anyone in history.”

“That’s because he throws a wicked curveball. He’s really dedicated to no one catching anything,” Meadows replied.

Republicans have sparred with Fauci’s status as one of the premier authorities during the coronavirus outbreak.

Sen. Rand Paul (R-KY), an ophthalmologist who recently recovered from the coronavirus, said in May that Fauci is not the “end all” authority on the coronavirus response.

Paul asserted that state governments and localities should decide when to reopen, rather than to a national reopening strategy, contending that many models have overstated the number of coronavirus deaths that would come from the pandemic.

Paul added, “We can listen to your advice, but there are people on the other sides saying that there’s not going to be a surge, and we can safely open the economy, and the facts will bear this out.”