Minutes before Biden was set to arrive, two minivans proceeded slowly down the street in front of the Grace Lutheran Church. Some 50 protesters walked down the middle of the road, and a squad car following closely behind announced they were holding an “unlawful protest” and ordered them to disburse. They ignored the commands and taunted the officers with “F*ck 12” chants.

The group circled the block, only to stop right in front of the church, throwing Biden’s arrival into chaos.

The angry throng approached the church and chanted “Black Lives Matter” and “Say His Name.” 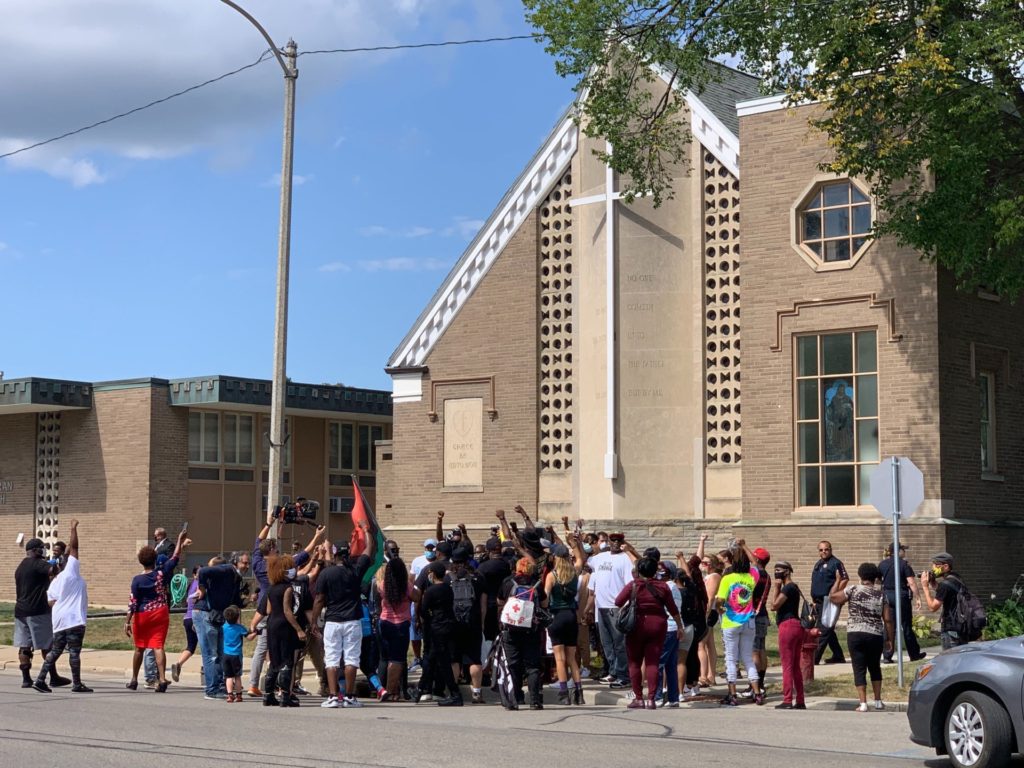 After Biden went inside, a man identifying himself as Jacob Blake’s uncle announced to the crowd that they had a successful meeting with Biden and that he would be a “partner” in the reforms they’re seeking. The most pronounced one was reparations.

Justin Blake said they want “the revenue that’s due us.”

Aside from the large amount of reporters, there were about 200 people in the street and milling around the church yard.

The crowd was noticeably anti-Trump and overwhelmingly Black Lives Matter activists. There were only a smattering of pro-Biden signs. 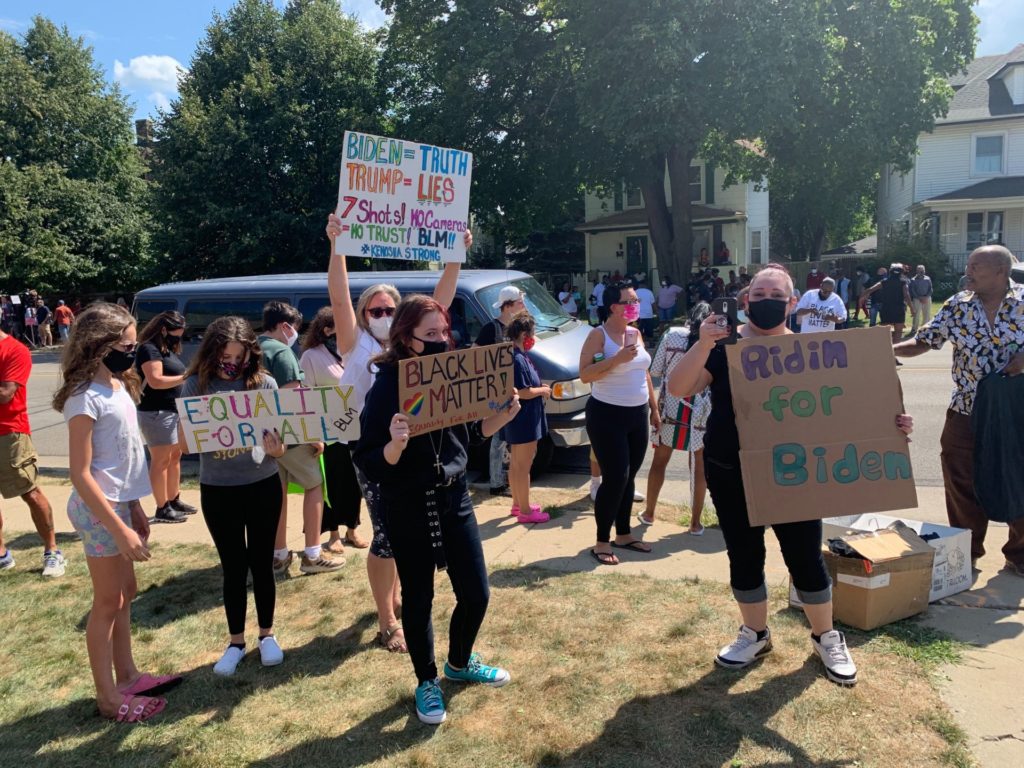 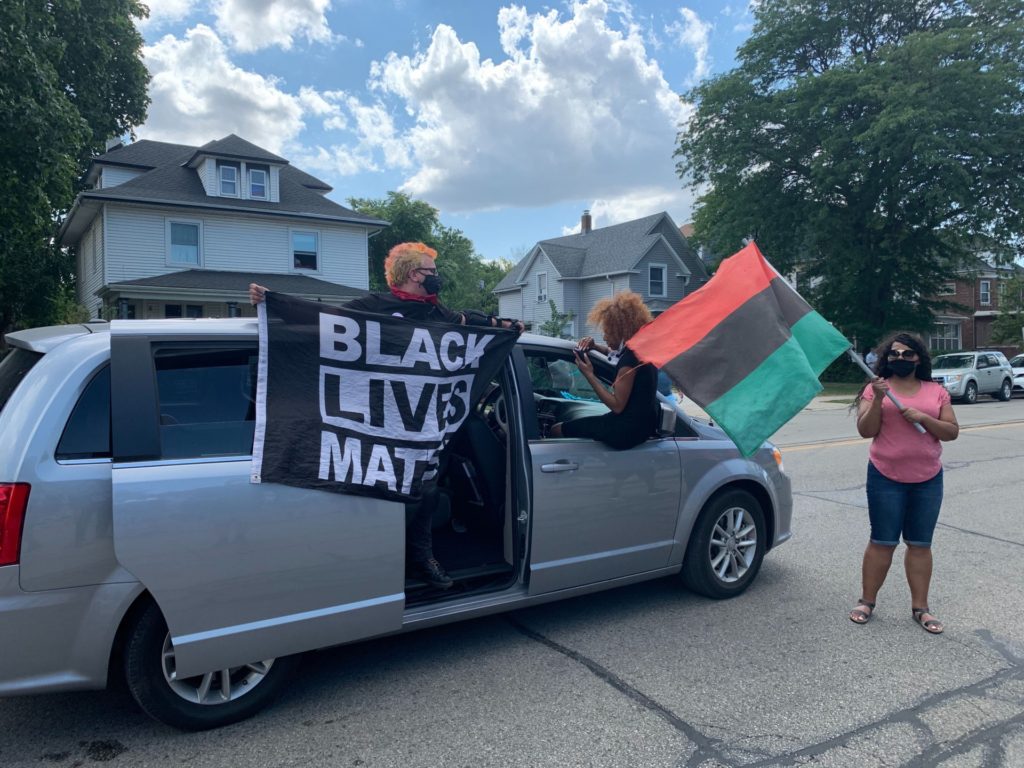 The van driver exited the vehicle to dance to a rap song with the refrain, “F*ck Donald Trump.” The geriatric woman, wearing a short skirt, didn’t do herself any favors as she twerked about.

At one point, she declared she was a Muslim and wrapped her head in a hijab and flipped off the church in which Biden was meeting.
“F*ck Jesus!” she yelled.

Moments later, she approached four police officers and yelled in their faces and gave them the middle finger. 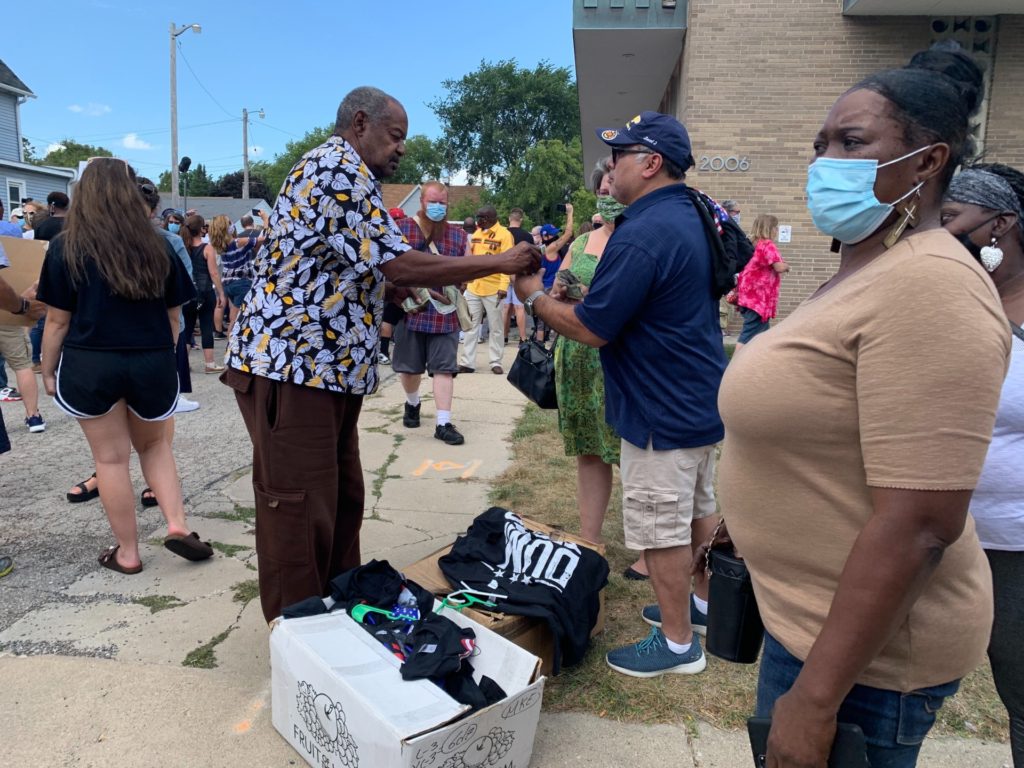 Evidence of the riots was apparent just blocks from the church: 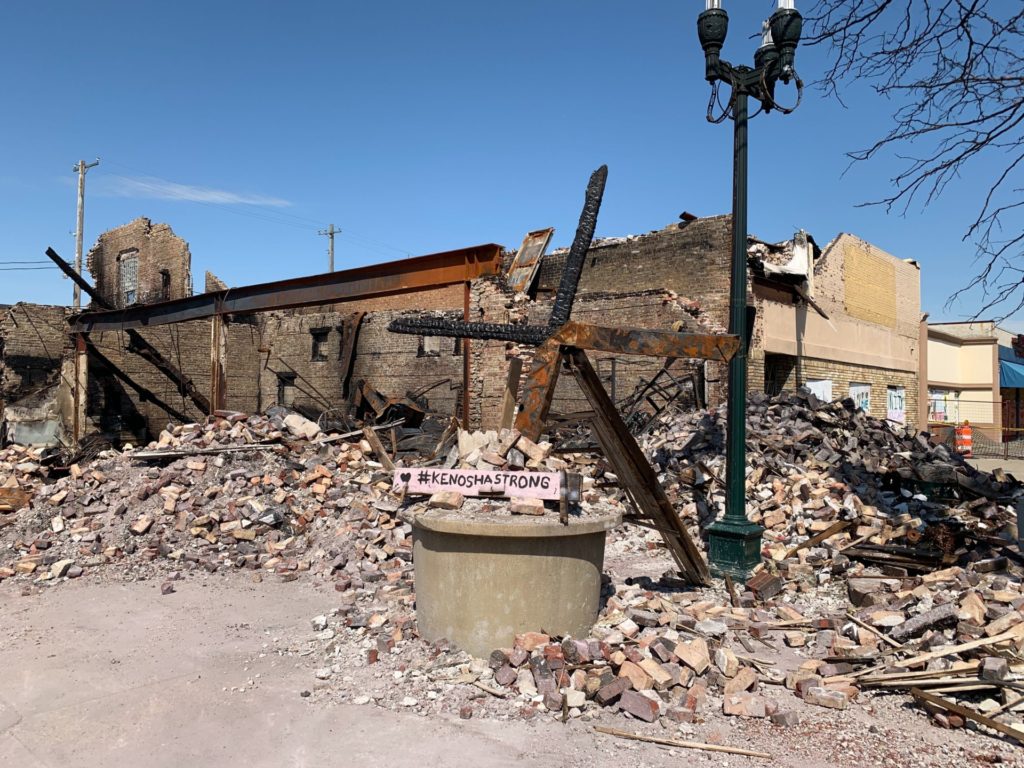 Large swaths of commercial buildings were burned to the ground. Those that were not, were boarded up. Many had BLM written on them in paint, as if begging the agitators not to target them next.

“Family w/ kids live here!” was scrawled on one that had apartments on the second floor.

The boarded-up properties fanned out for several blocks around the destruction: 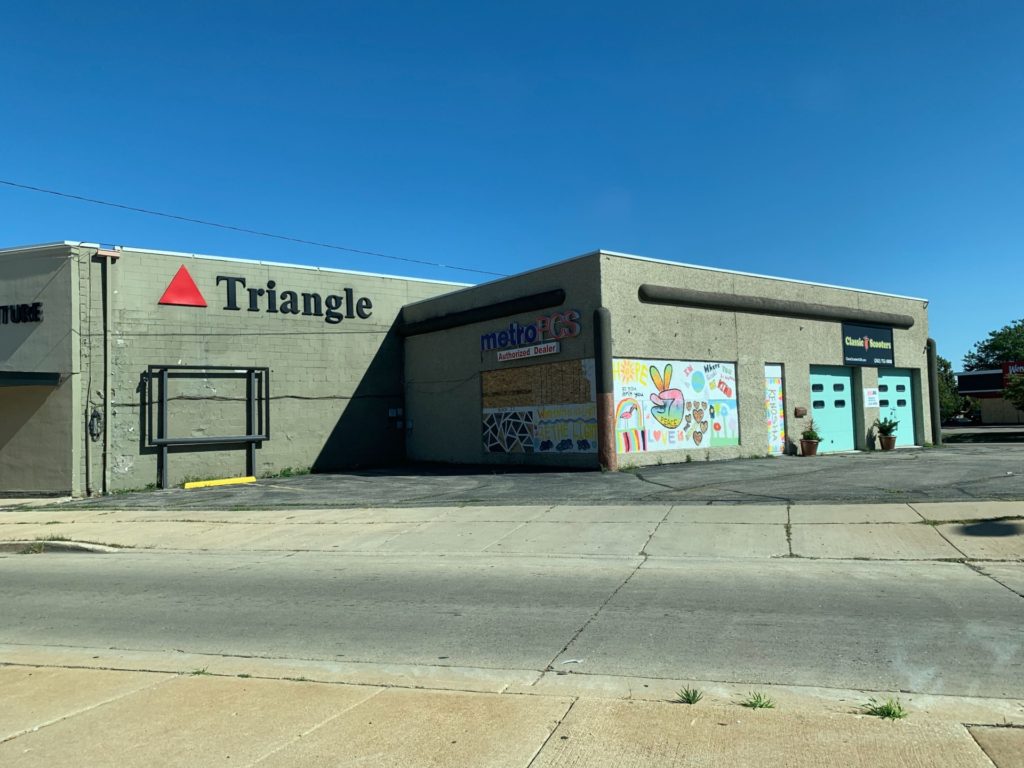