Voters in Maricopa County, Arizona, showed up on November 4 to protest at the Maricopa County Elections Department office as allegations of election fraud and irregularities circulate following the November 3 presidential election.

About 150 voters, and potentially more, arrived at the election office to protest. They broke out in chants of “Fox News sucks!” and “Shame on Fox!” after the Fox News Channel called the state of Arizona for Democrat presidential candidate Joe Biden.

There remain more than 600,000 votes still uncounted in Arizona, according to state election officials, and Trump only trails Biden by about 14,000 votes. The Trump campaign has said they are confident outstanding votes will help them take the state from Biden.

Trump supporters are outside of the Maricopa County Elections Department demanding to be let inside as ballots are being counted. #azfamily #Election2020 pic.twitter.com/HjyN7ufy23

Just walked out of the Maricopa County Elections Office to this where a large extremist group has re-gathered, extremely angry yelling “count those votes” and screaming at the media and others in the area.

They are angry claiming an unfair election and broken system. #azfamily pic.twitter.com/DvRXpTIVpv

MSNBC is scared to death of this pro-Trump crowd outside where votes are counted in Maricopa County. This is what the double standard looks like – listen as this crowd is being treated like a mob that's about to commit mass violence, infect people w/COVID, and who knows what else pic.twitter.com/ADeThmafON 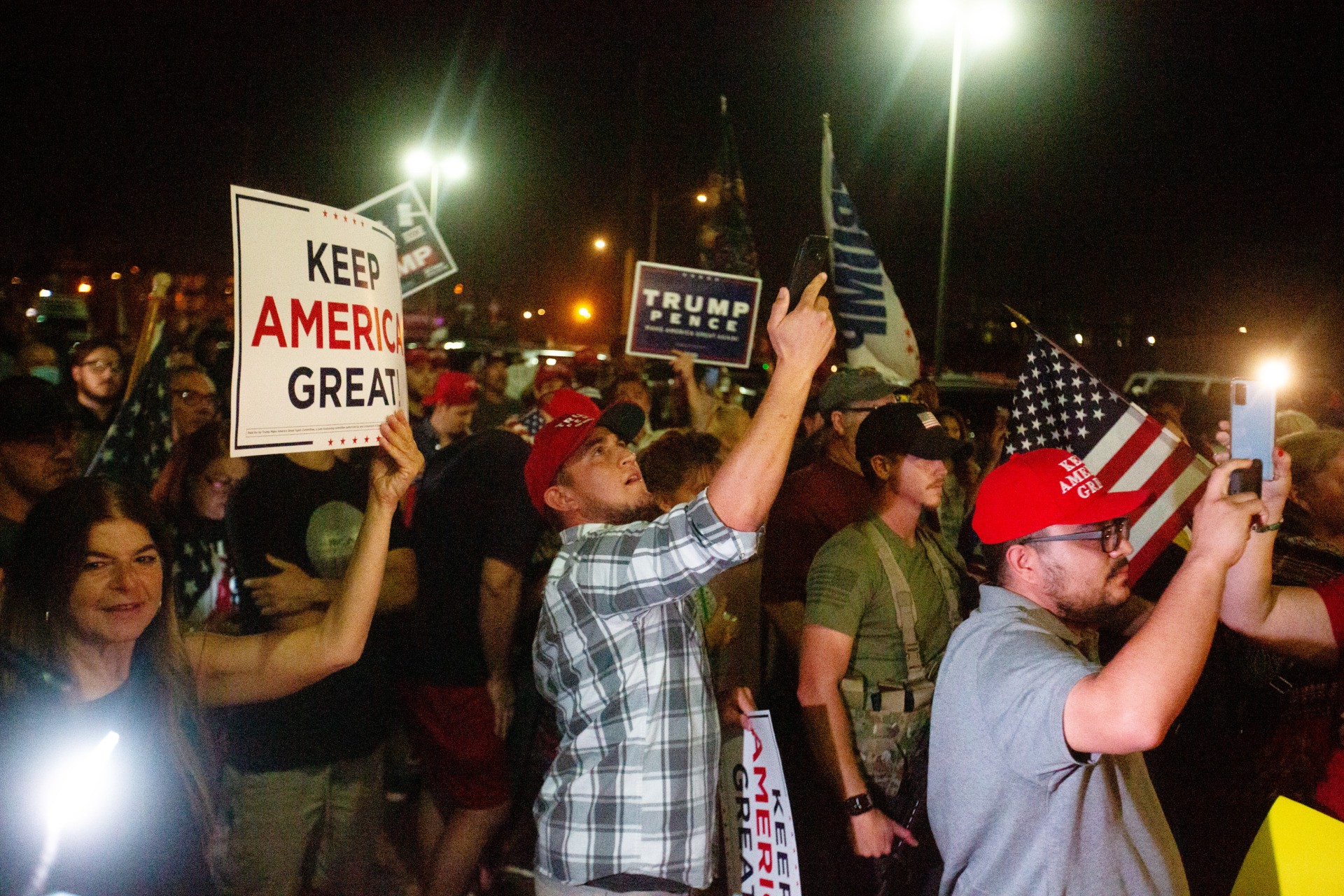 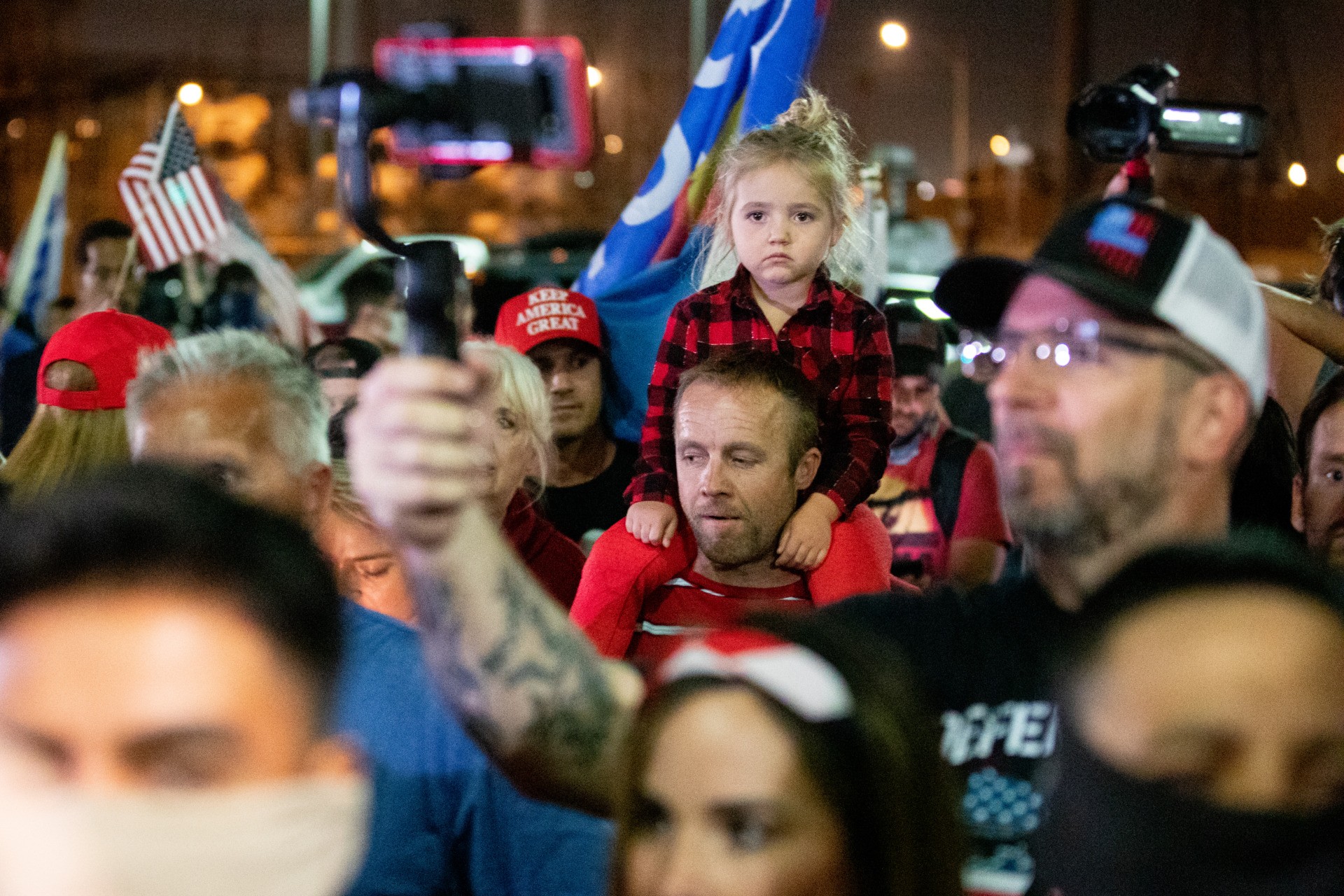 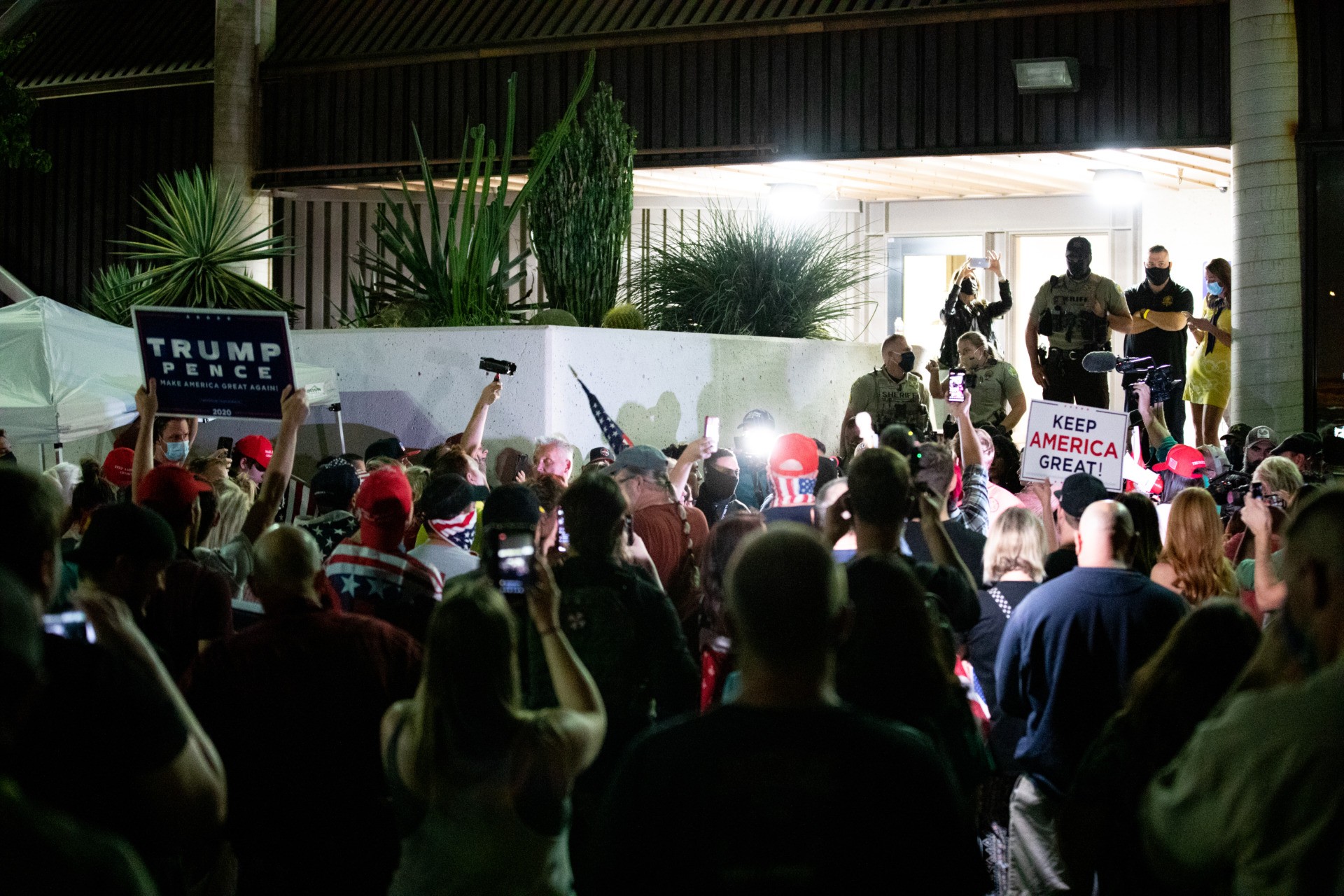 .@DrPaulGosar has just arrived to the rally. #fox10phoenix #Elections2020 pic.twitter.com/Xhm4Xr0Pft

Right wing activists are protesting outside the Maricopa County Elections Dept. Reminder— the county is counting the votes tonight in battleground #Arizona pic.twitter.com/wjv0huDErY

Biden and Trump supporters gathering outside the Maricopa County Elections office. It’s getting heated at times.
I’m told some people showed up to demand answers about the sharpie they used on their ballot.
Heavy deputy presence. pic.twitter.com/a0sNHB9h5P