Sanders would be “Senior Advisor and Chief Spokesperson for the Vice President,” the campaign said in an announcement.

Sanders stood by Biden’s side through thick and thin, including the dark days after the Iowa caucuses and the New Hampshire primary, when he placed fourth and fifth, respectively. At one point, with the campaign unable to afford security, Sanders tackled a protester onstage herself:

This is the SECOND TIME @DrBiden has body-checked a protester to protect her hubby…but this time the squad–@SymoneDSanders & Co, plus Jim the Body Man, showed up in force: pic.twitter.com/0TRlCf4xYQ

Sanders also fielded questions from reporters in the spin room after primary debates, which Biden never did himself. 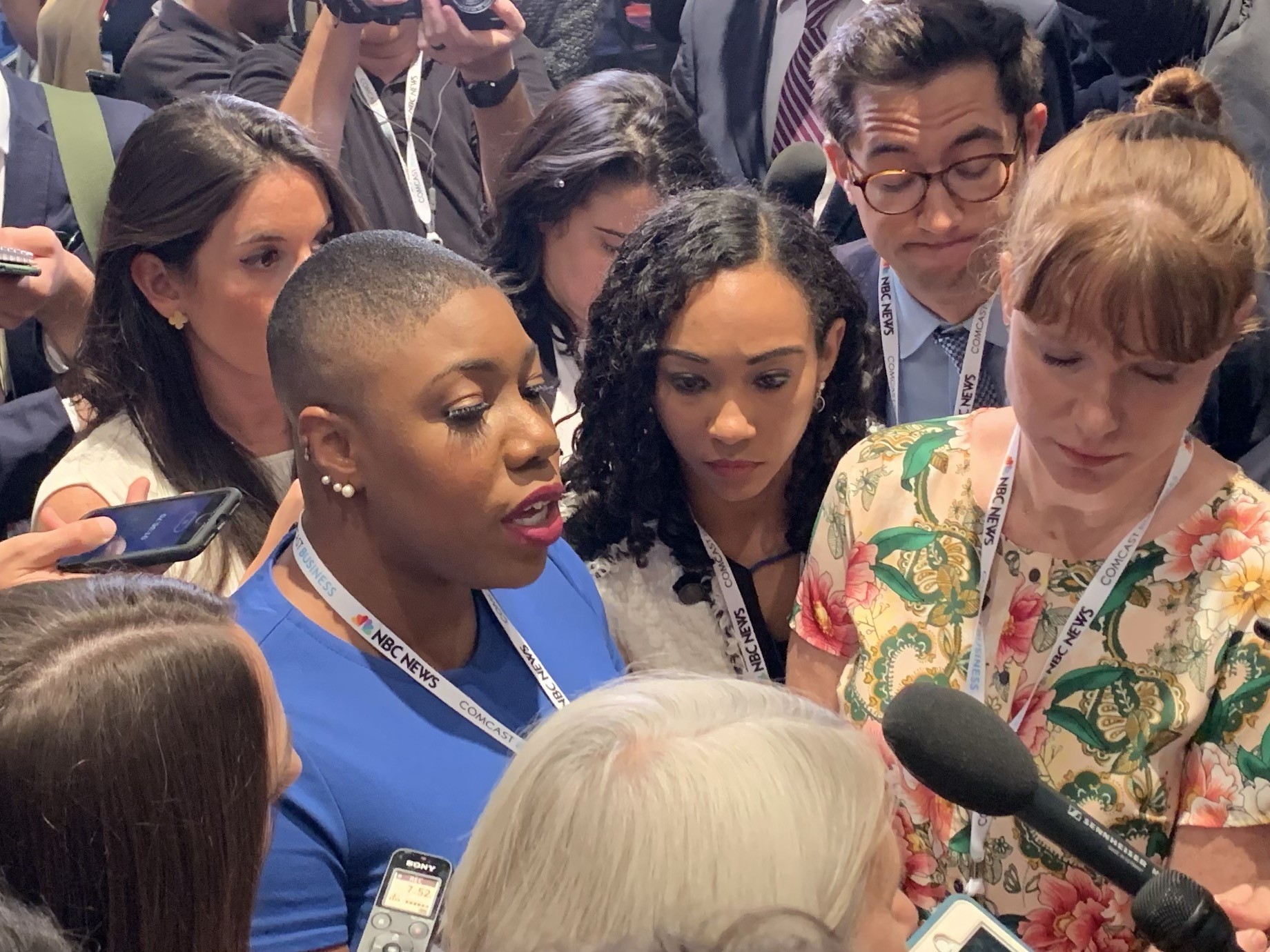 Psaki served in several posts in the Obama administration, including Deputy White House Press Secretary, and spokesperson for the State Department.

In the latter capacity, Psaki fielded questions from the press in 2014 about Hunter Biden’s new job as a board member of the Ukrainian energy company, Burisma, while his father was in charge of diplomacy with Ukraine. Psaki told reporters, falsely, that there were no concerns within the State Department about the appearance of a conflict of interest for then-Vice President Joe Biden.

Psaki also led the Obama administration’s hapless “hashtag diplomacy,” which involved tweeting support for Ukraine on social media rather than sending the besieged country weapons with which to defend itself against invasion by Russia.

To echo @BarackObama today-proud to stand #UnitedForUkraine World should stand together with one voice pic.twitter.com/VeMt578UdY

Earlier, Psaki had worked for Barack Obama’s 2012 campaign, and was involved in a hoax about the death of a steelworker’s wife, as Breitbart News noted in 2015:

Her most famous episode involved a brazen lie about Joe Soptic, a steelworker whose wife developed cancer and died after he was laid off from a company that had been bought by Bain Capital. Both the Obama campaign and Obama’s “super PAC” blamed Republican rival Mitt Romney for Soptic’s wife’s death. Psaki claimed, falsely, that the campaign had not known about the (false) super PAC ad.

Other picks include Karine Jean-Pierre, an anti-Israel radical who formerly worked for the George Soros-funded MoveOn.org. Biden named her “Principal Deputy Press Secretary.”