Harvard recently produced a study on how reparations for slavery could reduce coronavirus transmissions and the death rate.

The study found that a “restitutive program targeted towards Black individuals would not only decrease COVID-19 risk for recipients of the wealth redistribution; the mitigating effects would also be distributed across racial groups, benefiting the population at large.” 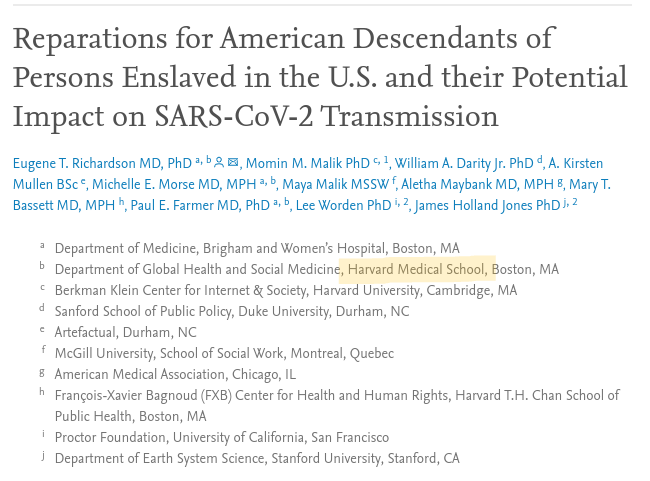 “In general, a program of reparations is intended to achieve three objectives: acknowledgment of a grievous injustice, redress for the injustice, and closure of the grievances held by the group subjected to the injustice,” the study continued.

The Harvard prognosis suggests that, “Potential mechanisms by which reparations—through both monetary compensation and acknowledgement of injustice—could have suppressed the world’s largest outbreak of SARS-CoV-2 include:

1) narrowing of the path-dependent racial wealth divide;
2) changes in the built environment, fostering the ability to social distance;
3) spreading out of front-line work across racial groups;
4) decreased race-based allostatic load.”

The study did not address unintentional consequences of reparations in general.