A grand jury in New York decided Tuesday that no charges would be filed against police officers in Rochester who detained a mentally ill black man, Daniel Prude, 41, last year, who later died. The incident led to riots in the city last summer.

Still, the grand jury had declined to indict the officers.

Last summer’s riots in Rochester were among the worst in the Black Lives Matter movement. As Breitbart News reported, supposedly “peaceful” protesters confronted police and accosted patrons who were dining outdoors in local restaurants. 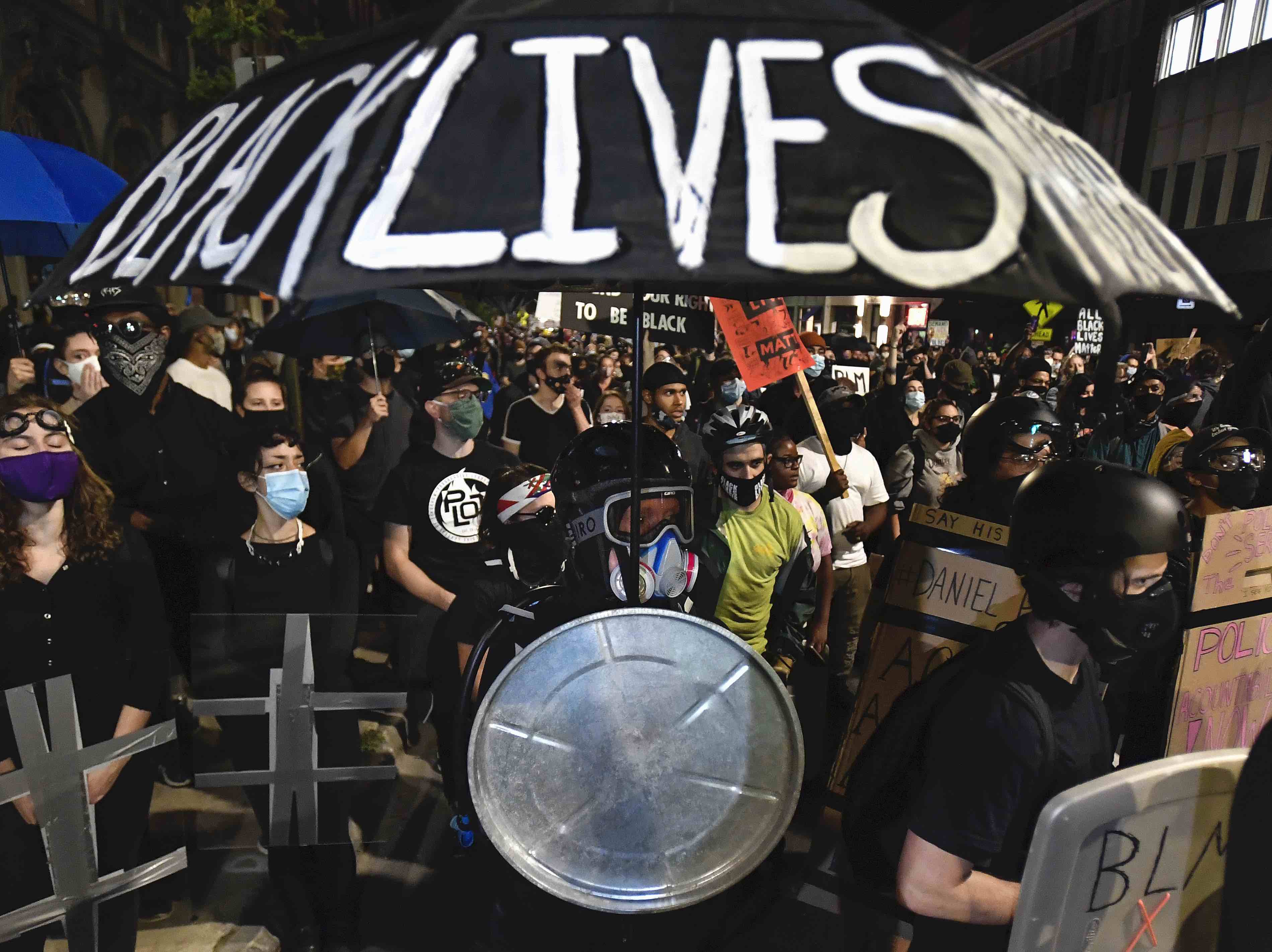 Demonstrators march through the streets in Rochester, N.Y., Friday, Sept. 4, 2020 protesting the death of Daniel Prude. Prude apparently stopped breathing as police in Rochester were restraining him in March 2020 and died when he was taken off life support a week later. (AP Photo/Adrian Kraus)

#HappeningNow the protesters in Rochester NY are "shutting down restaurants", tables are broken, people running off scared #rochesterprotests pic.twitter.com/oxmlZp526w

Several senior members of the local police department resigned or retired, including Chief La’Ron Singletary, who blasted the “mischaracterization and the politicization” of his actions in the Daniel Prude case.

Last year, when Kentucky Attorney General Daniel Cameron announced a similar grand jury finding in the Breonna Taylor case, critics — including several grand jurors — launched an effort to impeach him. Those efforts were rejected by a state legislative panel on Tuesday.