More than twice as many Americans in San Francisco, California, died from drug overdoses in 2020 as did from the Chinese coronavirus, San Francisco’s Chief Medical Examiner reveals.

In preliminary data published by the Office of the Chief Medical Examiner for San Francisco, more than twice as many Americans were found to have died from drug overdoses as they did from coronavirus despite a massive emphasis on pandemic deaths from January to December 2020.

Already this year, in January and February, 137 San Francisco residents have died from drug overdoses, the Chief Medical Examiner report shows. The numbers indicate the city is on a track to reach 800 drug overdose deaths by the end of 2021, according to the Journal. 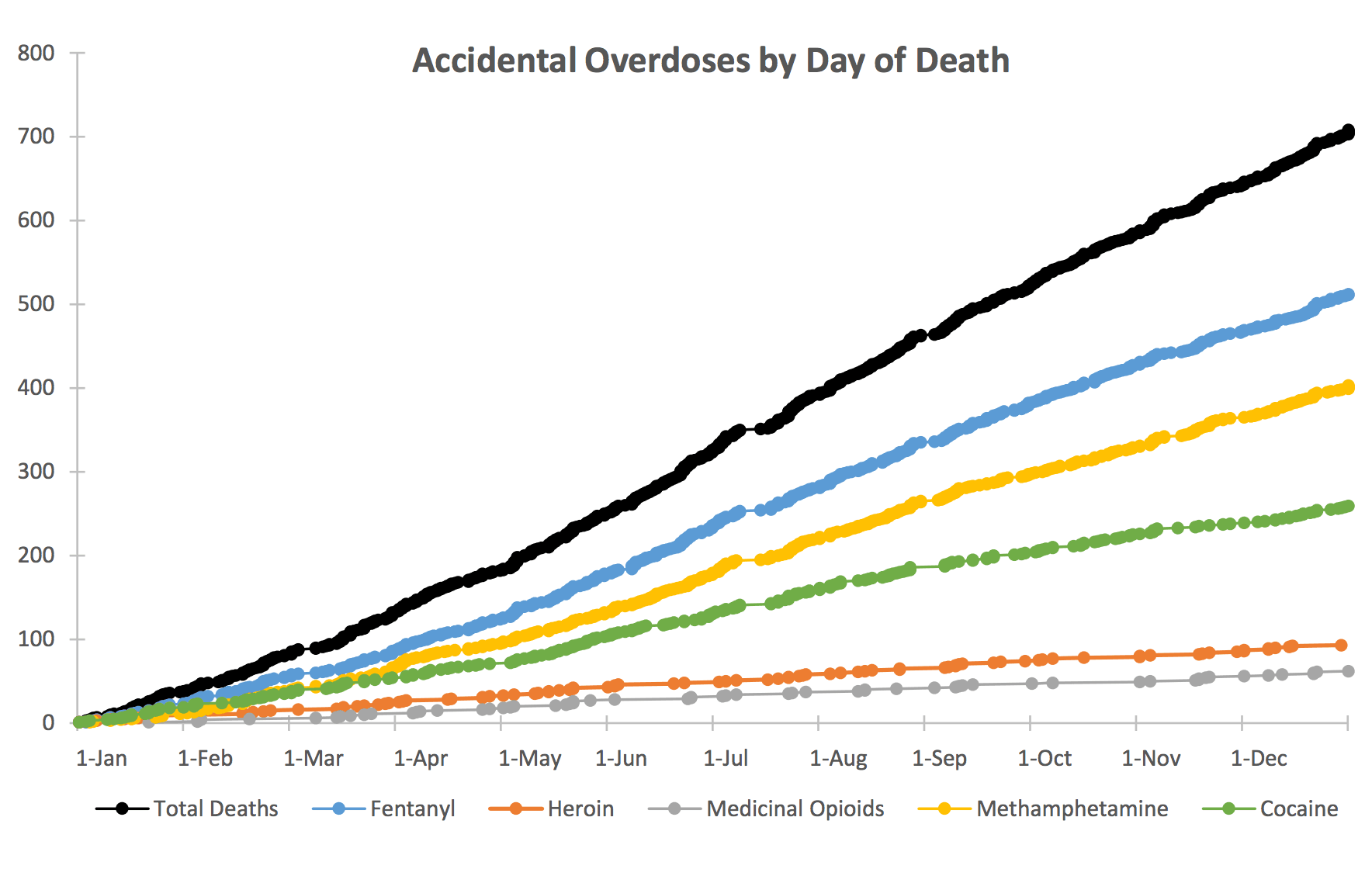 The opioid crisis — accelerated by globalization and lockdowns spurred by the coronavirus crisis — is hitting other West Coast cities, the Journal reports:

In the Seattle area, overdose deaths involving fentanyl were up 57% in 2020 over the previous year, according to data from the county medical examiner. Preliminary data show deaths from synthetic opioids like fentanyl rose 162% in the Las Vegas area last year. In Los Angeles County, a recent report blamed fentanyl for a 26% jump in overdose deaths among the homeless population during the first seven months of 2020. [Emphasis added]

Fentanyl in the U.S. is often made by Mexican cartels using precursor chemicals from China, according to the Drug Enforcement Administration. It took off in the East faster, in part because of the region’s longstanding problem with opioids. The West has historically been a bigger methamphetamine market, but the cartels are now aggressively pushing fentanyl there, too, often in the form of fake pain pills, said Wade Shannon, special agent in charge of the DEA’s San Francisco office. [Emphasis added]

Though fentanyl began to show up in San Francisco around 2015, only since 2018 has it become widely available, according to local officials, nonprofit workers and drug users. Overdose deaths in San Francisco increased 173% between 2018 and 2020. [Emphasis added]

The Center for Disease Control (CDC) admitted in their annual report, “Increases in drug overdose deaths appear to have accelerated during the COVID-19 pandemic.”