President Joe Biden scolded Coast Guard graduates at a commencement speech Wednesday after they failed to applaud part of his speech.

“I can only assume that you’ll enjoy educating your family about how the Coast Guard is, “the hard nucleus around the Navy formed in times of war,” Biden said to the graduates as he began his remarks at the U.S. Coast Guard Academy in New London, Connecticut.

When no one erupted in applause, Biden continued, “Why you’re a real dull class. I mean, c’mon man is the sun getting to you? I would think you’d have an opportunity when I say that about the Navy to clap.”

The graduates obliged Biden, laughing at his remarks and applauding.

The president spoke about the importance of the Coast Guard accepting more women in their highest command stations. 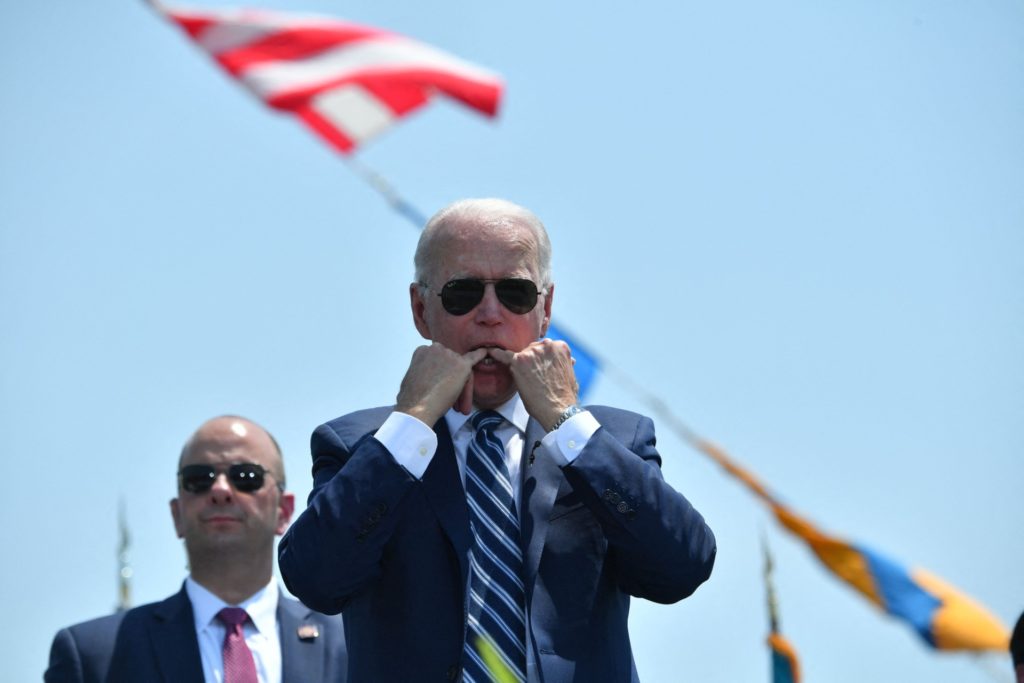 He alluded to a quote from Communist Chairman Mao about “women holding up half the sky.”

“There’s a saying we use in a difference context, a Chinese saying, ‘Women hold up half the world,'” Biden said. “Its an absolute stupid position not to make sure they represent at least half of what we do.”

Biden also praised the graduates for their growth and tolerance welcoming them into the military ranks. 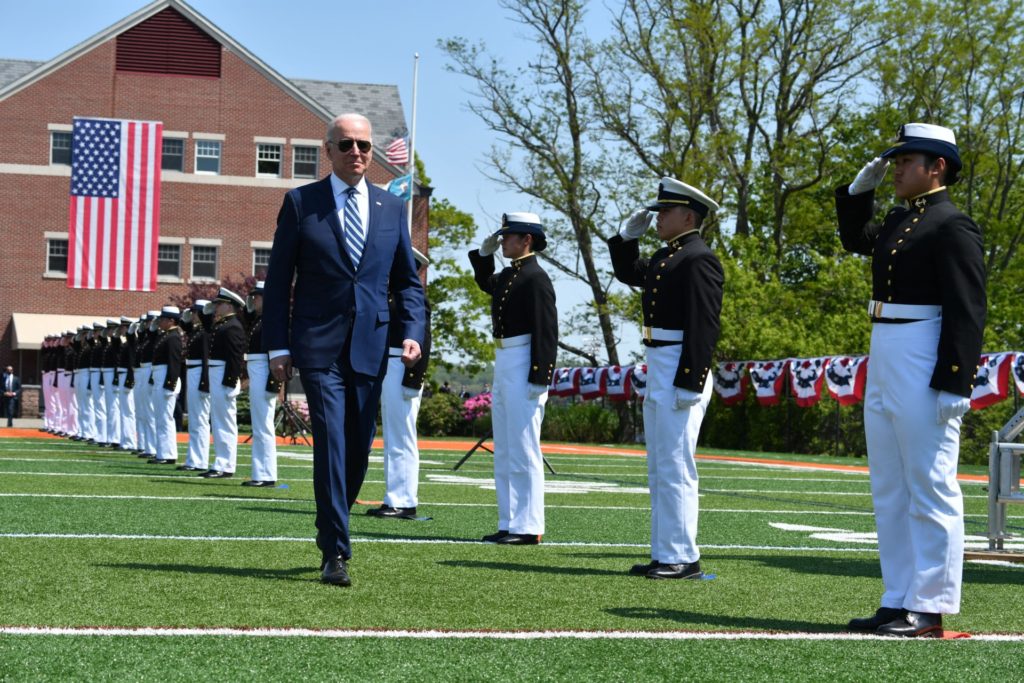 “You’re the most progressive, best educated, least, most open generation in American history. We need you badly,” he said.

After his speech, Biden handed out diplomas to the graduates but did not shake their hands, presumably due to the coronavirus pandemic restrictions.