The cornfield where the body of 20-year-old University of Iowa student Mollie Tibbetts was found, after allegedly being murdered by an illegal alien in July 2018, was shown to jurors.

In August 2018, Cristhian Bahena Rivera, a 25-year-old illegal alien from Mexico, was charged with the murder of Mollie Tibbetts after police said he admitted to confronting and chasing down the young woman.

Following a nationwide search, Tibbetts’ body was found in a cornfield in Poweshiek County, Iowa. The illegal alien lived in a region of Iowa surrounded by sanctuary cities, Breitbart News reported. He worked on a dairy farm using a stolen ID and Social Security card after crossing the U.S.-Mexico border at 17-years-old.

On Tibbetts was a pink sports bra, while a pair of black shorts were located away from her body in a nearby location in the cornfield. Her underwear and a pink band of fabric were also located near her body.

The entrance of the cornfield where investigators found Mollie Tibbetts’ body in Brooklyn, Iowa. (Screenshot via CourtTV)

Johnson also showed the jury the trunk of Bahena Rivera’s Chevy Malibu, the vehicle that prosecutors allege he put Tibbetts’ body after murdering her and before dumping her body in the cornfield.

In Bahena Rivera’s trunk, Johnson said, were four locations where human blood was found. DNA analysts have said the blood is Tibbetts’. 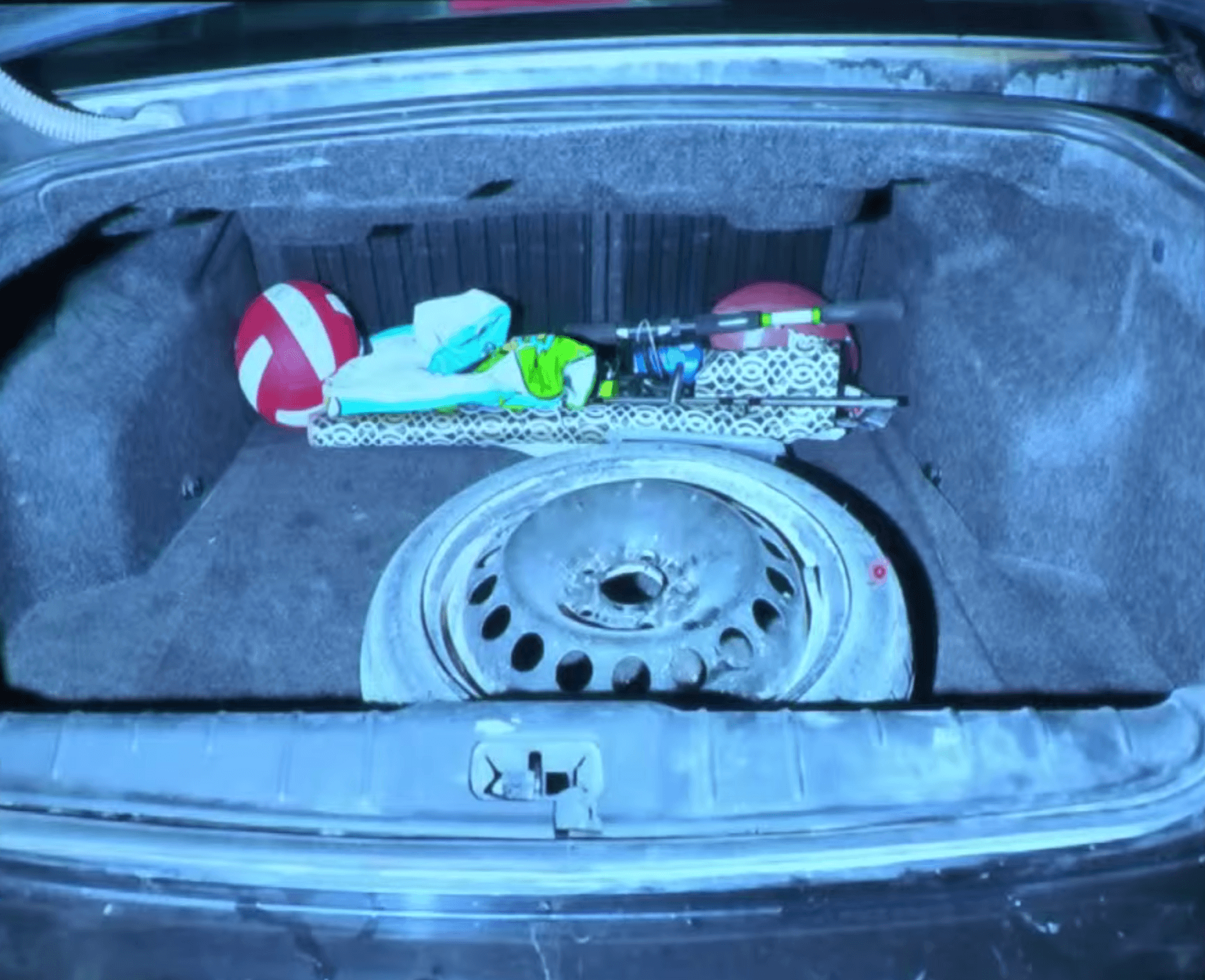 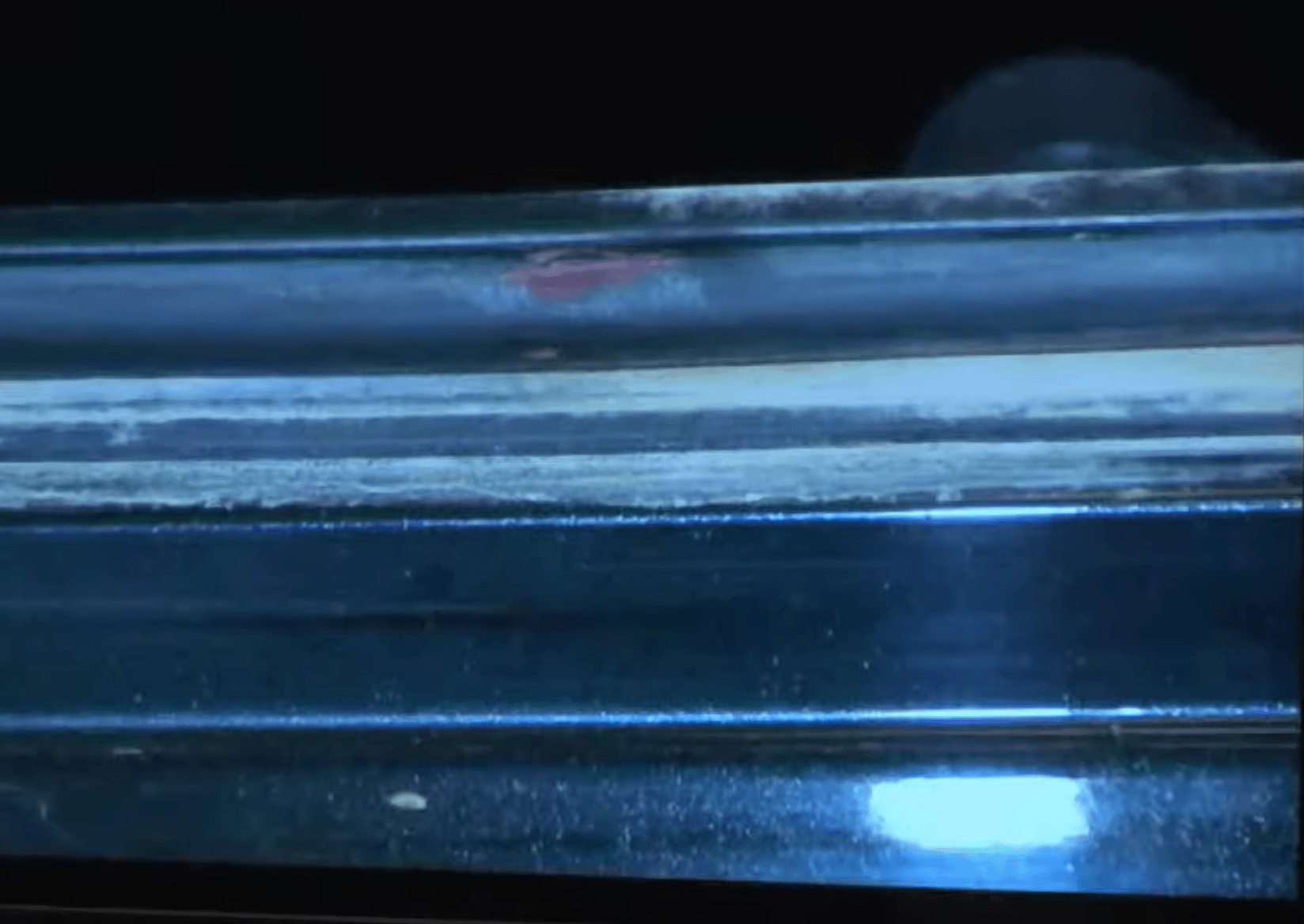 A close-up of Cristhian Bahena Rivera’s car trunk shows one of four bloodstains found by investigators. (Screenshot via CourtTV)

In the first week of the trial, the jury was told of Bahena Rivera’s alleged murder confession. wherein he told a Spanish-speaking investigator that he saw Tibbetts jogging, chased her down, blacked out, then remembered driving with her body in the trunk of his car before dumping her in a cornfield.

The jury was also shown video footage of Tibbetts jogging moments before her abduction and murder. Around the same time, Bahena Rivera’s Chevy Malibu can be seen in footage circling the area multiple times.

For more than a year, Bahena Rivera’s defense attorneys  sought to have his alleged murder confession thrown out of evidence, claiming it was coerced and a false confession. In their opening statements, expected next week after the prosecution wraps up its case, the defense is likely to claim that the confession was coerced.

On the first day of the trial, prosecutors called Tibbetts’ boyfriend, Dalton Jack, to the witness stand. During cross-examination, the defense seemingly pointed the finger at Jack, suggesting he may have had something to do with Tibbetts’ murder.

Bahena Rivera allegedly stabbed Tibbetts to death, dumped her body in a cornfield, and placed corn stalks over her to prevent law enforcement from finding her. The illegal alien has been held on a $5 million bond.