Republican-led states have proven to bring jobs back faster than Democrat-led states as Americans get back to work, according to new state-by-state unemployment data from the Department of Labor.

Additionally, two Republican states, Idaho and Utah, have shown to have more jobs than before the pandemic started. Idaho has 114.4 percent and Utah has 113.2 percent of jobs recovered from the pandemic.

In comparison, only five states run by a Democrat governor have recovered at least two-thirds of their jobs lost. 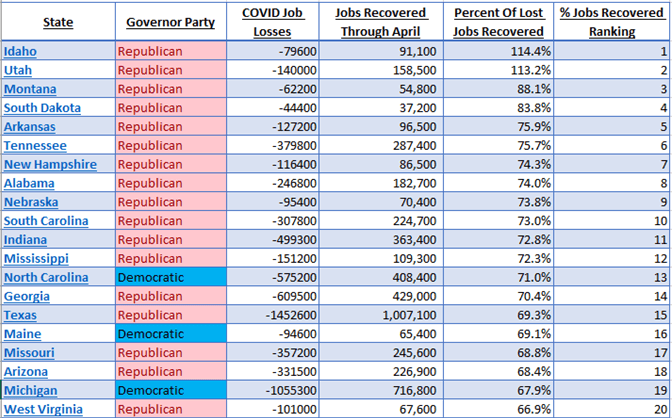 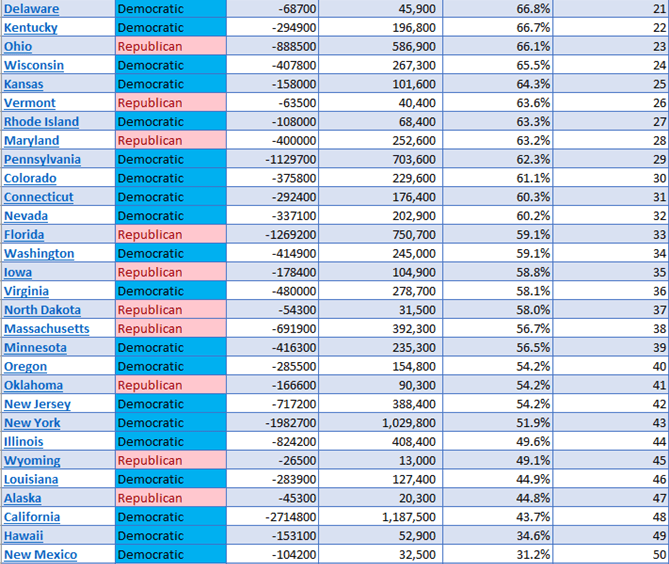 Moreover, data provided by the Labor Department shows the top six states that are Republican-led have lower unemployment rates than Democrat-led states. Additionally, 12 of the top 15 states have the lowest unemployment rates.

The ten states with the highest unemployment number in April – which all have above seven percent – are led by a Democrat governor. 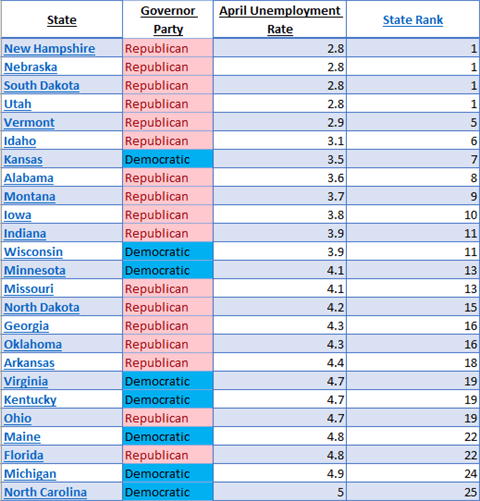 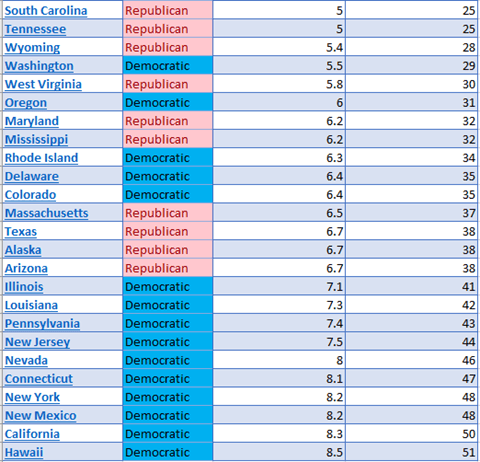 The data continues to show the Republican governors who have opened their states’ economies quicker, helping Americans get back to work.

Republican governors have enabled their states’ economies to get back to work by ending the pandemic restrictions, and the additional unemployment benefits Democrat-run states have kept.

Bloomberg reported Democrats led by President Joe Biden have been paying Americans to not work by extending the unemployment benefits. The report continued to say the Democrats’ partisan $1.9 trillion pandemic relief plan did just that.

At the time Biden, “propose[d] paying unemployed workers a $400 weekly supplement on top of other jobless benefits they receive.”

The $300-per-week supplemental unemployment benefits that passed and were signed into law were estimated by the American Action Forum, which would give 37 percent of the workforce more money on unemployment than at work.

Additionally reported by the Washington Times:

President Biden’s push to extend supercharged unemployment benefits based on the jobless rate or other economic indicators is frustrating small-business owners who are struggling to lure employees back to the workforce.

Over 22 Republican governors have announced they would stop paying the additional unemployment benefits, in addition to the Republicans who has been rewarding those who go back to work by offering their unemployed population a type of “return-to-work bonus” if they would return to work.

Some business owners around the country have not been able to find staff to open up their businesses fully when states are reopening and have directly been blaming Biden’s policies for making it harder to find employees.

A restaurant owner in Florida told News4Jax, “’We’re not even getting anybody applying’ because of Biden’s policies.” In addition to a Michigan restaurant owner who told KTVI, the Democrats’ policies have been encouraging people to “stay home and not work.” Business owners from New York, New Jersey, and Maine have also spoken up over the Democrat policies as well.