A new ad from a group affiliated with the Republican Governors Association (RGA) is highlighting the tragic story of a Michigan family who lost a member due to Gov. Gretchen Whitmer’s (D) nursing home coronavirus policy.

Suzette, a Northville resident, says in the ad that Whitmer’s policy prevented her from being with her father when he died.

“When we tried to say goodbye on the day that he died, the facility called the police,” she says.

Suzette argued the governor “ignored her own rules while the rest of us were forced to comply.”

The ad contrasts Suzette’s story with that of Whitmer, who secretly took a private jet to Florida to visit her ailing father in March.

“Gretchen Whitmer failed Michigan, failed me, and failed my father,” Suzette says in the ad.

The Detroit News reported Get Michigan Working Again, a political action committee affiliated with the RGA, plans to spend more than $500,000 in the coming days to air the ad, an eyebrow-raising sum so early in a campaign.

“While Michiganders complied with Gretchen Whitmer’s COVID-19 restrictions, the governor has been bar-hopping across Michigan and jet-setting to the Sunshine State,” RGA spokesman Chris Gustafson said in a news statement.

“Whitmer’s rampant hypocrisy knows no bounds and leaves Michiganders with no choice but to Fire the Damn Governor.”

To date, about one-third of coronavirus-related deaths occurred in long-term care facilities, according to current data. That number is expected to increase, perhaps significantly, as additional information is reviewed in the coming weeks.

Earlier this month, the RGA distributed “Fire the Damn Governor” coasters to restaurants and bars affected by the governor’s lockdown orders: 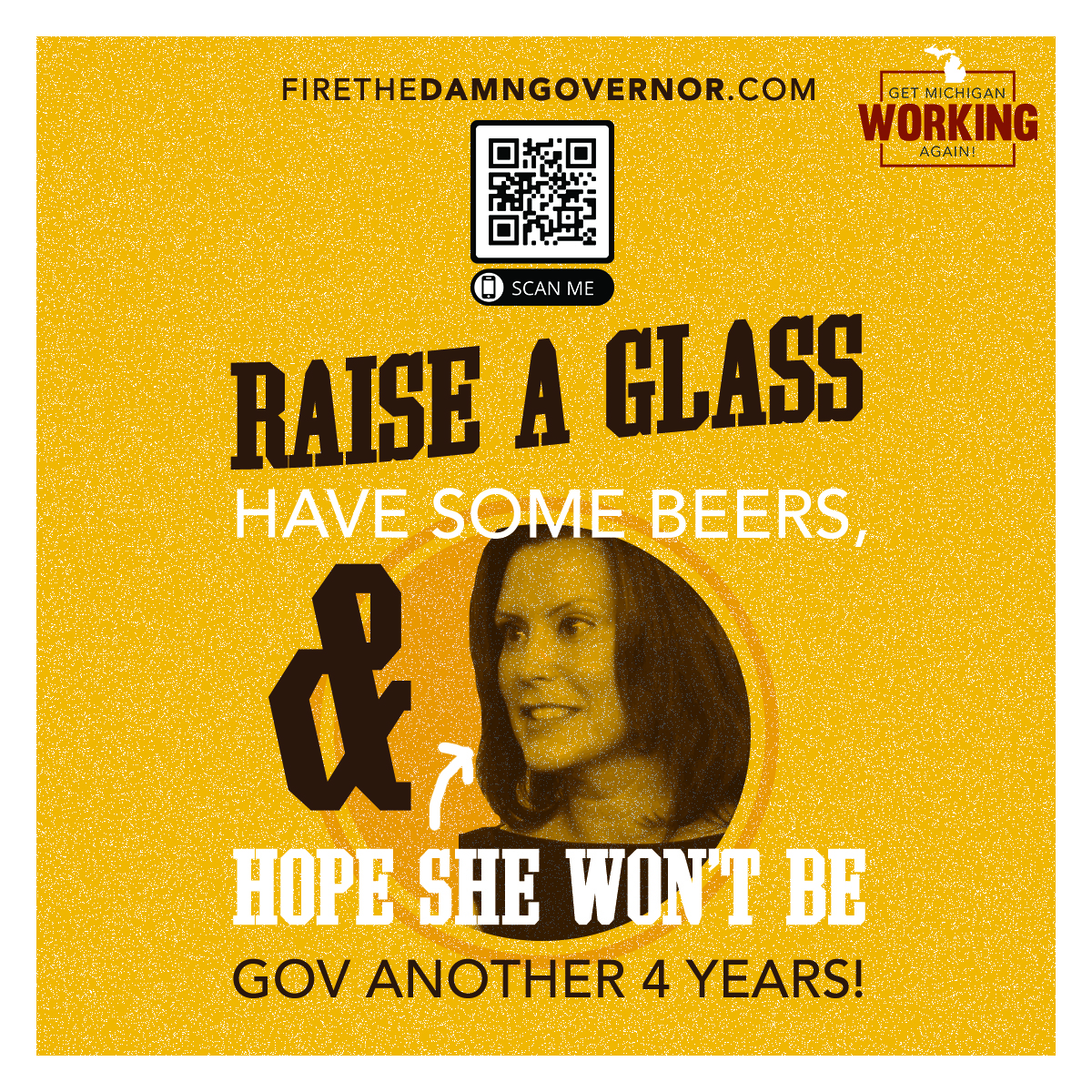 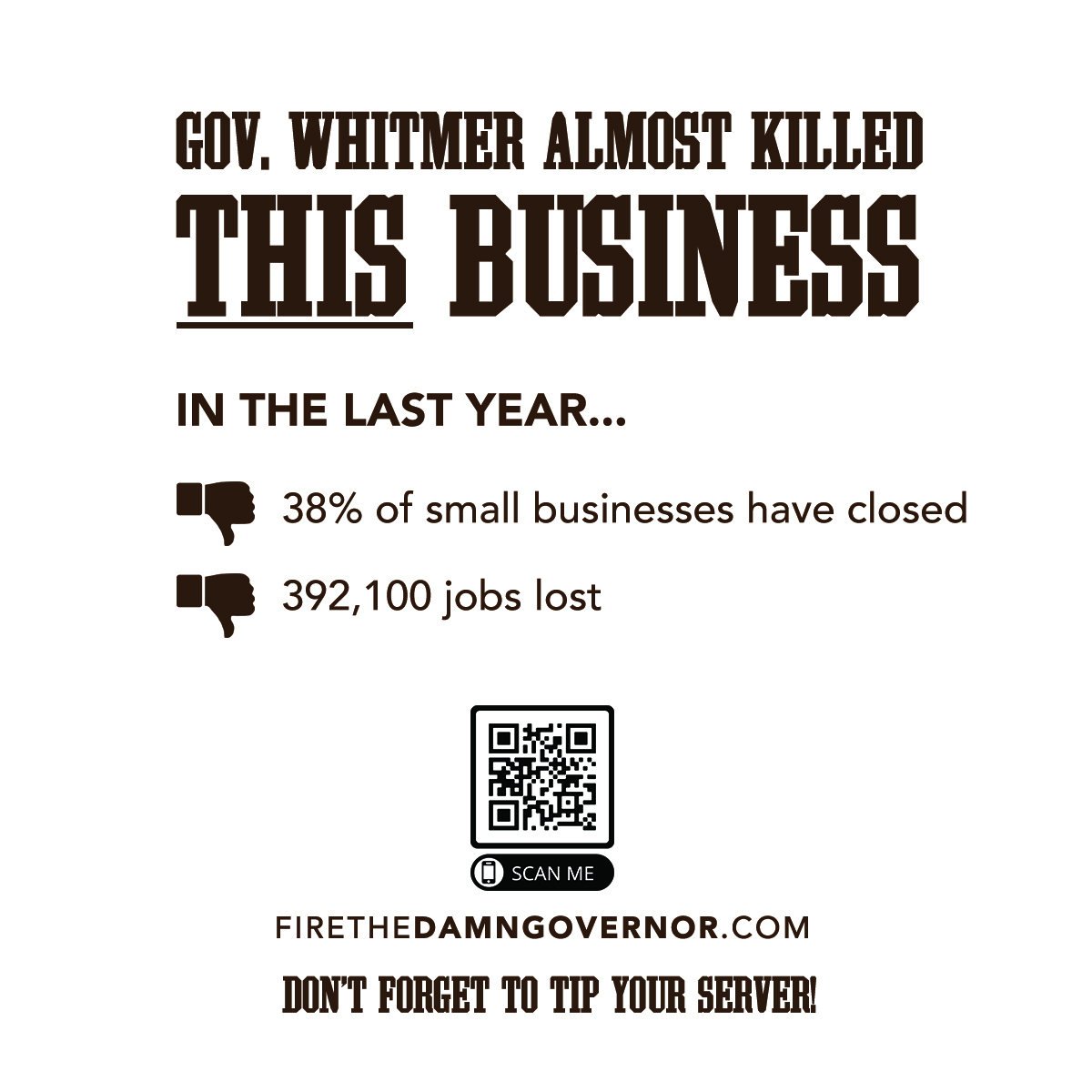 “Raise a Glass, Have Some Beers, & Hope She Won’t Be Gov Another 4 Years,” the coaster message reads, with an arrow pointing at the embattled incumbent.

On the reverse, it states 38 percent of small businesses closed in the last year and 392,100 jobs were lost. It featured a QR code that sends the reader to the website.

The RGA said business owners would be able to request coasters through the website.

“As fellow restaurant owners, we stand with you in solidarity and salute your hard work to keep your establishment running during these difficult times,” Bobby Nahra of Encore Catering & Banquet Center and Thad Sokowronski of Bar Beverage Logistics said in a letter that accompanied the coasters.

Whitmer recently violated a capacity restriction her administration imposed on restaurants. While limiting table maximums to six patrons, Whitmer and her group of 12 others sat together Saturday night.

After being busted by Breitbart News, Whitmer apologized and said she is “human.”

That capacity restriction is scheduled to expire June 1.