All 24 women were invited to the dinner but three did not attend: Sens. Cynthia Lummis (R-WY), Cindy Hyde-Smith, (R-MS), and Krysten Sinema, (D-AZ). 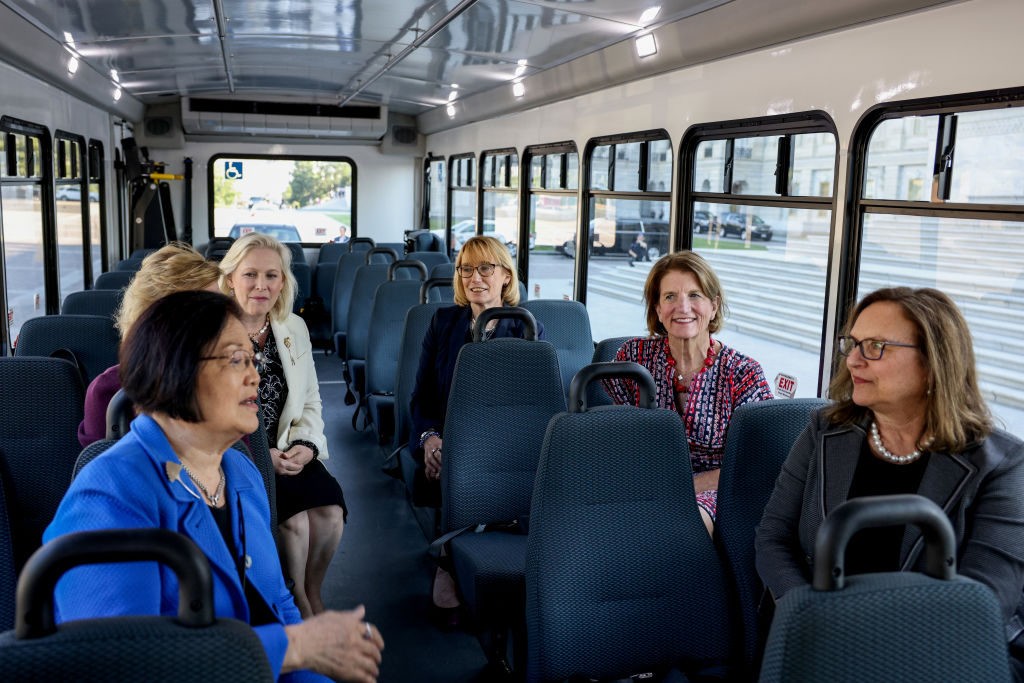 Several of the senators posted photos of the event on social media, thanking Harris for the dinner party.

Sen. Debbie Stabenow revealed that Harris made the cheese puffs herself.

Our Vice President even made the cheese puffs herself!
And they were so good! pic.twitter.com/hK0pgonBTA

Had a great time with my fellow female senators this evening! Thanks for hosting us, @VP. Cheers! pic.twitter.com/Xdgh3vfgtX

Thank you, @VP Harris, for having us over tonight. pic.twitter.com/JvvSFUC25N

Harris was spotted in photos addressing the group toasting with a glass of rosé wine.

Blackburn appeared on Fox News afterwards, describing it as an annual event for women senators that Harris hosted this year.

“It was a lovely event, she was gracious to host,” she said in an interview with Sean Hannity.

Blackburn said that if Harris had brought up policy, she would have spoken to her about the border crisis.

“It wasn’t a policy discussion at all, but if she brought up policy I would have loved to have said, ‘Madame Vice President, you need to get to the border,'” Blackburn said.