Former President Trump boosted his support among Hispanic Americans in the 2020 election but the gains were not enough to make up for losses with blue collar white American men, Pew Research Center analysis reveals.

The gains among Hispanic voters for Trump did not make up for the former president’s losses with non-college-educated white men — a critical component of his 2016 populist-nationalist coalition.

While Trump won non-college-educated white voters in 2020 at around the same level as 2016, 65 percent to 64 percent, Biden outperformed failed Democrat presidential candidate Hillary Clinton with the demographic group, getting 33 percent support compared to Clinton’s 28 percent. 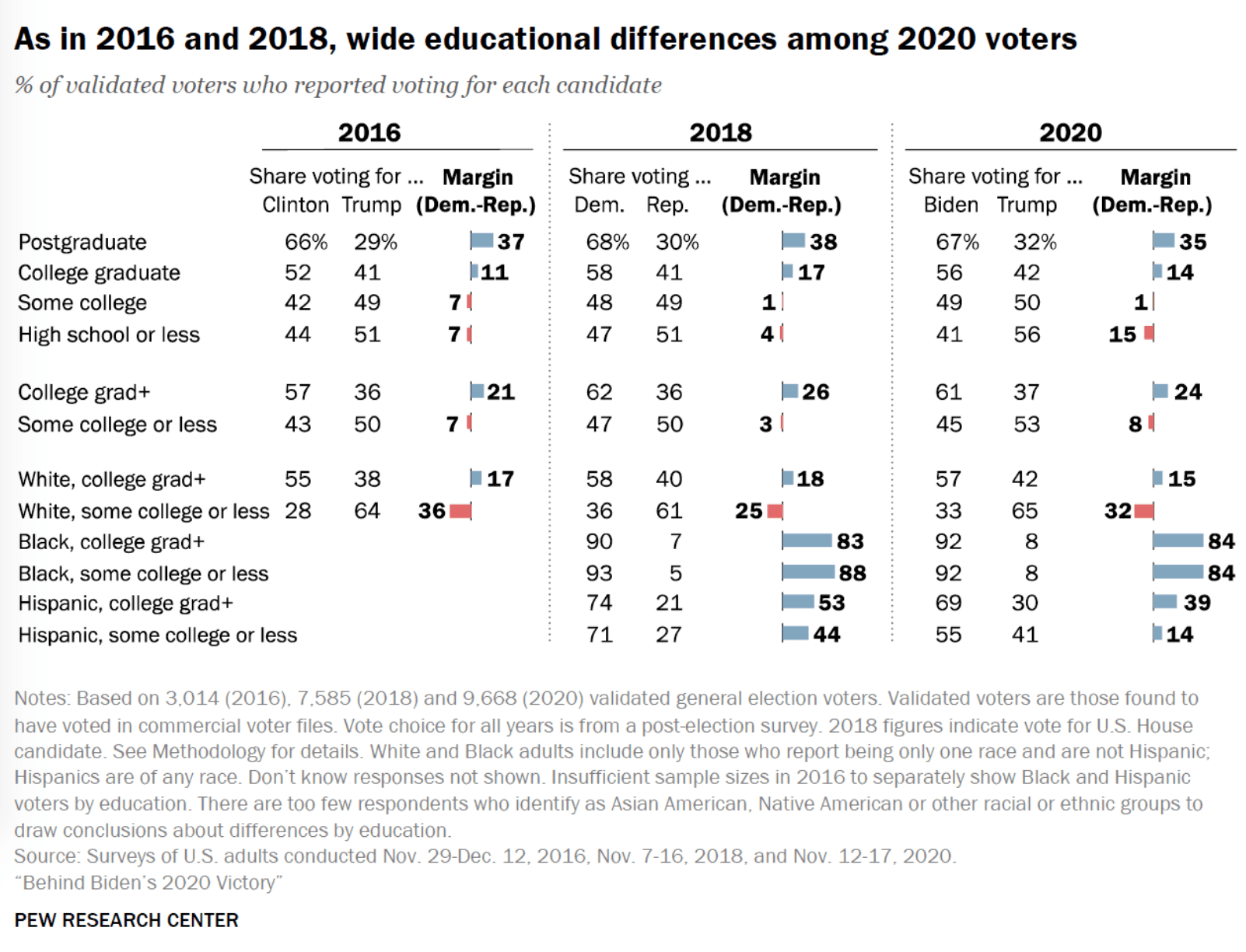 White men with a college degree, the analysis shows, have become increasingly supportive of Democrats. In 2016, the demographic group supported Clinton by a plurality of 47 percent to Trump’s 44 percent. In 2020, that 3-point margin grew to favor Biden by a 10-point margin.

Trump did gain slightly among non-college-educated white women — supporting him by 64 percent to Biden’s 35 percent in 2020 versus 56 percent to Clinton’s 33 percent in 2016.

The losses in the suburbs came as Trump gained in rural communities. In 2016, Trump won rural voters with 59 percent support but increased his margin with the demographic group to 65 percent in 2020.

The analysis solidifies, again, that Trump’s losses outweighed his gains. In February, Trump’s top pollster, Tony Fabrizio, released analysis that found he “suffered his greatest erosion with white voters” that could not be made up for.

“White voters with college degrees were a huge loss for POTUS while those without college degrees stayed in POTUS’s column by a larger margin in the states we held than those that flipped,” Fabrizio’s analysis stated.

The Pew Research Center analysis is based on a survey of nearly 12,000 members of the company’s American Trends Panel conducted November 12 to 17, 2020.