White House Press Secretary Jen Psaki declined to blame communism for the current unrest in Cuba on Wednesday, when asked by Peter Doocy of Fox News whether communism was the reason that people might want to flee Cuba for the U.S.

The context of Doocy’s question was a previous query about a statement Tuesday by Department of Homeland Security Alejandro Mayorkas that Cubans and Haitians should not come to the U.S. by sea — though the administration is making illegal entry easier through the southern land border with Mexico.

Doocy: As the administration tries to figure out the “root causes” of migration to the country, don’t we know that the reason people want to leave Cuba is because they don’t like communism?

Doocy: And so as you’re trying to figure out, like, what the processes are for these people who want to leave Cuba, is —

Psaki: Well, I’m not sure what your question is.

Doocy: You guys have spent a lot of time —

Psaki: why are people leaving Cuba, or what is the process for them getting here? I can explain either of them, but you tell me.

Doocy: Sure, yeah. Do you think people are leaving Cuba because they don’t like communism ?

Psaki: I think we’ve been pretty clear that we think people are leaving Cuba, or not — leaving Cuba, or protesting in the streets, as well, because they are opposed to the oppression, to the mismanagement of the government in the country. And we certainly support their right to protest, we support their efforts to speak out against their treatment in Cuba. I will say, separately, an important question is also what happens when people are seeking protection, or what happens when they are attempting to flee. In the past, as I noted, we’ve had several humanitarian programs … But certainly, we have said many times, and I will reiterate here, that we support not just the role of the protest, and peaceful protests, we stand with the Cuban people in their call for freedom from both the pandemic and from decades of repression and economic suffering to which they have been subjected by Cuba’s authoritarian regime.

Biden claimed during the 2020 election to have “taken on the Castros of the world,” but enthusiastically supported President Barack Obama’s “normalization” policy with the Castro regime during his tenure as vice president. 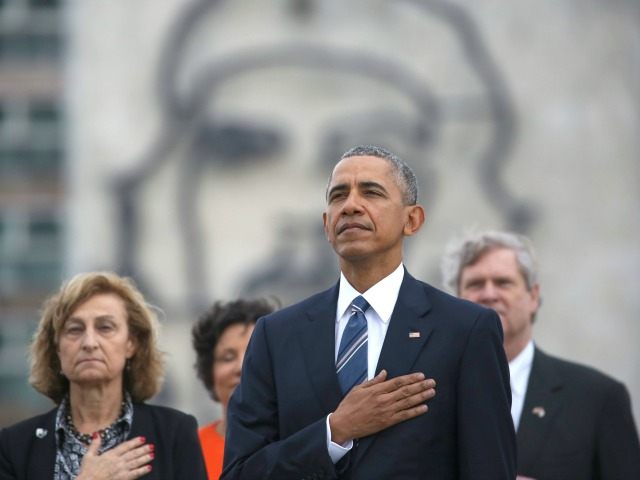 The Biden administration initially blamed the unrest in Cuba on frustration over rising COVID cases.