The Woketard Olympics are officially a ratings catastrophe and are getting more catastrophic by the day. On Wednesday, the NBC Olympics’ telecast broke an all-time low of 14.6 million viewers. Then, on Thursday night, that record was broken again by an all-new low of just 13.3 million viewers.

In a country of 330 million-plus, fewer than five percent tuned in, lol.

Thursday night was a 42 percent drop from the Summer Rio Games in 2016. Wednesday was a 34 percent drop.

These are breathtaking numbers, an astonishing failure, especially when you’re talking about a one-year delay of the Games caused by the China Flu, which should’ve boosted anticipation. Not to mention the fact that a lot of people are still staying home due to the virus. Aaaaand, on top of all that, the Woketard Olympics can now be watched everywhere due to NBC’s streaming and online services.

It should be noted that these awful, horrible, humiliating numbers do include the numbers across all viewing platforms, including streaming.

There is no excuse for these numbers. None. There is a reason, though – Woketardism.

The numbers are likely to dip further on the final three nights of the Games. In all-but-one Olympics this century (2010 being the exception), the final Friday and Saturday of competition averaged fewer viewers than the preceding Thursday.

And it’s not hard to figure out why.

One of the primary attractions of sporting events is rooting for someone. But once you become a woketard, you immediately morph into an entitled, unlikable, smug, hectoring, and unappealing pain in the ass no one wants to root for.

Ultimately, that’s why everything woke, from the NBA, to the NFL, to the Oscars, are hitting record-low ratings. That’s why woke movies flop, why woke TV shows fail. Woke sucks.

As far as these Summer Games, the media caused a lot of their own problems by focusing on loser-assholes like Megan Rapinoe, Gwen Berry, and that fat guy competing as a female weightlifter. Unfortunately, the media focused on the jerks instead of endlessly appealing champions like Tamyra Mensah-Stock, who won the Gold this year in the female wrestling competition, or Allyson Felix, an unbelievably appealing Gold Medal runner.

Hey, instead of the Woke Olympics, maybe we should call it the Asshole Olympics.

Watching these insufferable Social Justice Warriors lose is a good reminder there’s a God. They’re like the reverse Jesse Owens, who won all that Gold in front of Woketard #1 Adolf Hitler. Owens’ cause was a righteous one. Rapinoe, Berry, and the fat weightlifter only have one cause – their own insatiable egos. But, boy, did they deserve to lose. And that’s what happens when you take your eye off the ball when you’re working out your self-regard instead of your body. 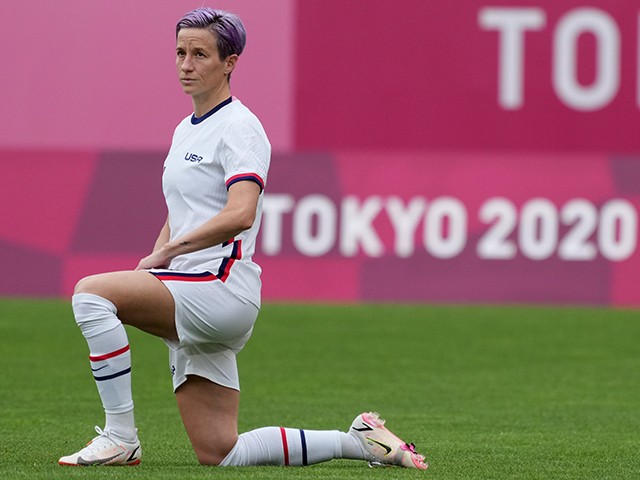 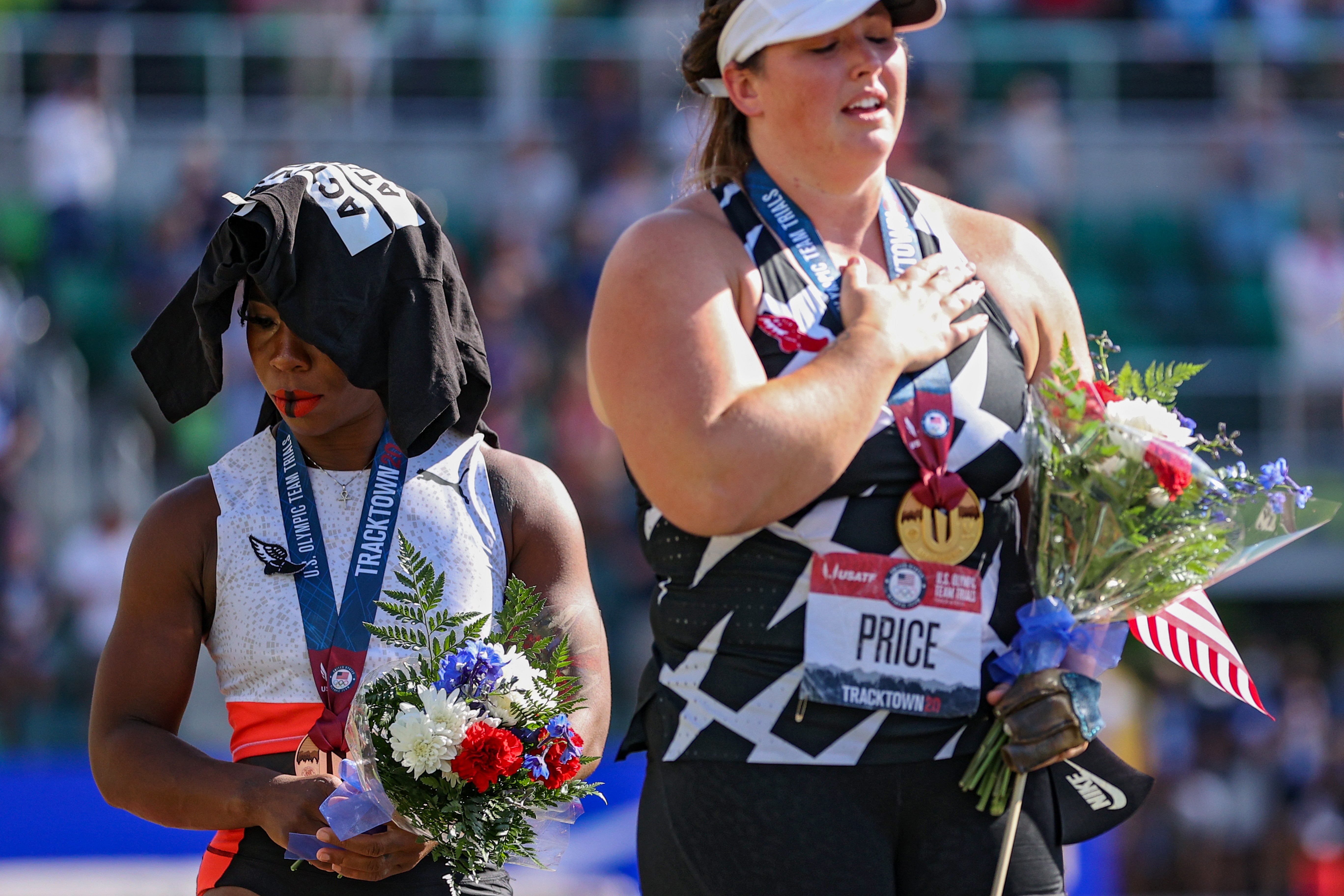 They can all kiss my red, white, and blue ass.

But let’s not forget, and let’s not allow the fake media to gaslight us into forgetting that there are still real champions out there like Tamyra Mensah-Stock and Allyson Felix, champions who define everything great about America and Americanism. The media would like us to forget that so that we feel outnumbered, overwhelmed, and give in. Well, that’s just not true. 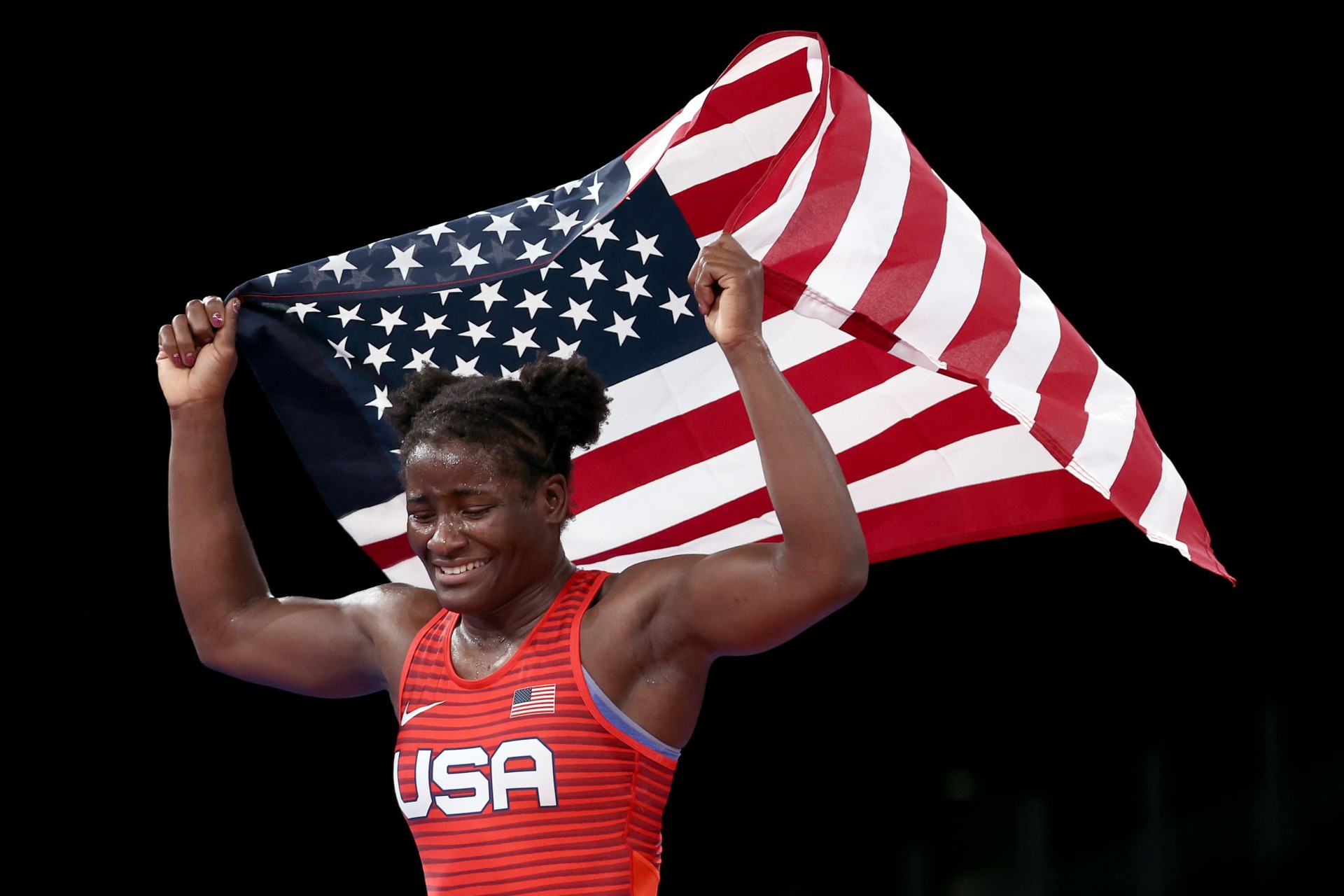 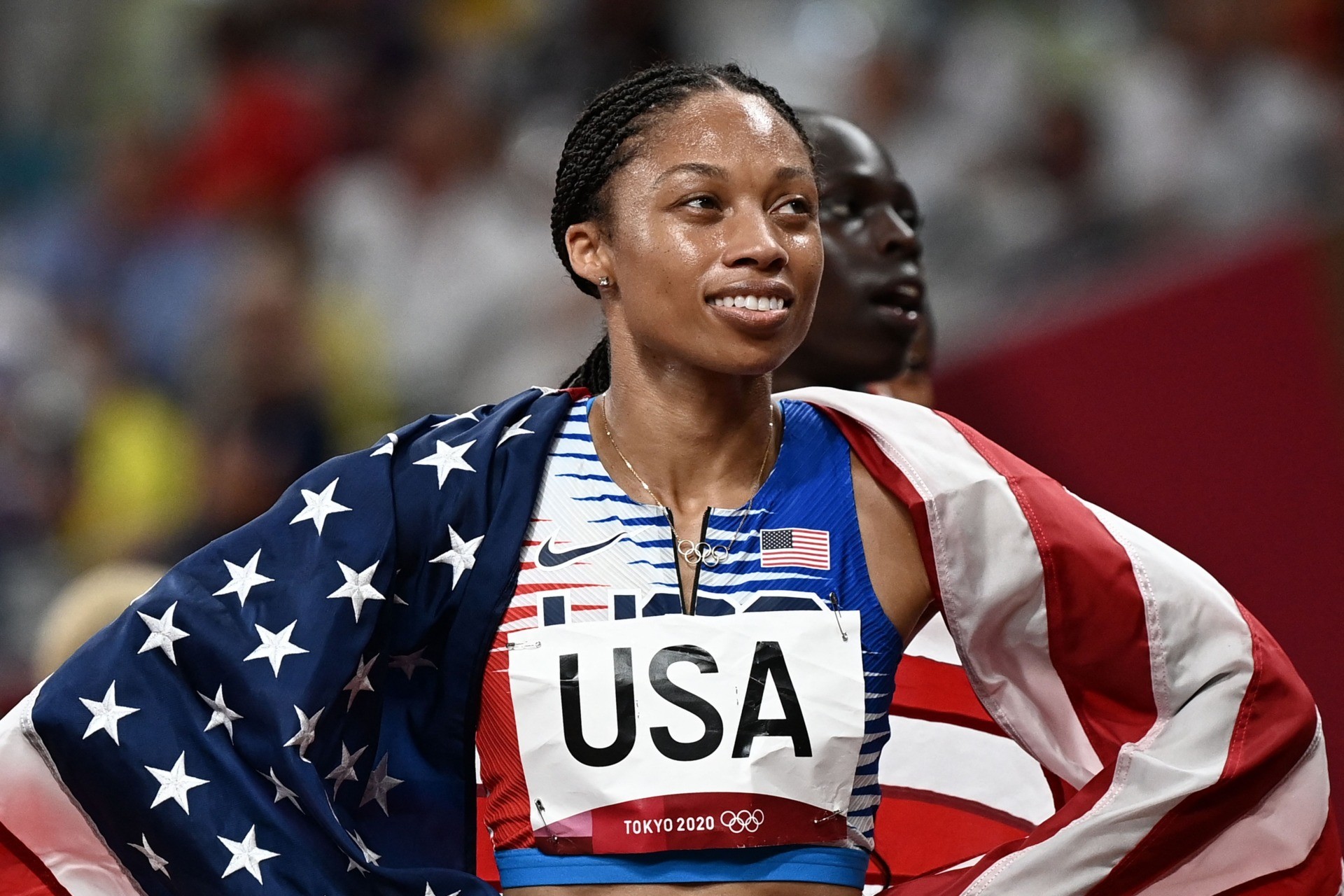 This is a great country filled with great people.