Protect the Public’s Trust, a government ethics watchdog group, announced on Thursday they are adding another Environmental Protection Agency (EPA) appointee to their Ethics Waiver Tracker, a watch list, after the group obtained requested Freedom of Information Act (FOIA) documents.

The press release noted that the EPA’s Principal Deputy General Counsel Melissa Hoffer, was given the ability to “to make policy decisions as to whether or not to continue or pursue litigation” for the more than three dozen cases she was potentially involved in having to do with her former employer.

Allegedly, according to Public Trust, “impartiality determination” allowed Hoffer to participate in the meetings and “policy decisions” about the cases. However, Hoffer was supposed to be forbidden from participating in such meetings and decisions.

“It’s clear from the documents we’ve obtained that the breadth and scope of the potential conflicts the EPA’s incoming political appointees bring with them are taxing their career ethics staff,” Michael Chamberlain, the director of Protect the Public’s Trust, said in a statement. He added:

Unfortunately, these documents are just the tip of the iceberg. We’ve discovered several instances in which high-level political leadership pushed the envelope and operated well into the gray areas of their ethics restrictions, and possibly beyond. This behavior is a far cry from what the American public should expect from the self-described most ethical administration in history.

Public Trust noted that the senior ethics officials within the EPA had to specify the boundaries for the attorneys to follow to “abide by their bar obligations.” 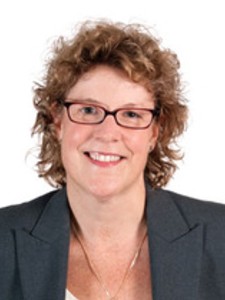 “Once you determine that a case is on their recusal list, don’t interact with them on that case. Full stop,” the official said.

The group noted that the de facto ethics waiver was originally signed on January 19, 2021, which happens to be the day before President Joe Biden took office.

This also happens to be the day before the agency publicly disclosed that the top lawyer at the EPA had allegedly been participating in meetings with her former employer. This was shown in the documents the Public Trust trust obtained from a FOIA request from the agency.