The New Civil Liberties Alliance (NCLA) filed a lawsuit on behalf of GMU law professor Todd Zywicki and accused GMU’s vaccine mandate of being unconstitutional for coercing Zywicki to receive unnecessary medical care. NCLA, which is a non-partisan, nonprofit civil rights group, also proved the efficacy of natural immunity in people who have already been infected compared to available coronavirus vaccines. GMU quickly settled before the lawsuit could go before a judge.

The university first announced its vaccine policy on June 28, which requires all faculty and staff members, including those who can demonstrate natural immunity through recovery from a prior a coronavirus infection, to disclose their vaccination status as “a prerequisite for eligibility for any merit pay increases” — unless an employee can secure a religious or medical exemption. (emphasis added)

“On July 22, GMU emailed the policy to students and employees and threatened disciplinary action—including termination of employment—against any who do not comply with the vaccine mandate. The university’s website describing its vaccination policy reiterated this threat,” according to NCLA. (emphasis added).

Zywicki, who has taught at the university since 1998 and is one of the law school’s “most frequently cited and influential scholars,”  received an “unbroken string of positive COVID-19 antibody tests on July 25, September 29, and December 16, 2020, and February 9 and May 25, 2021,” after contracting coronavirus last year, according to court documents. 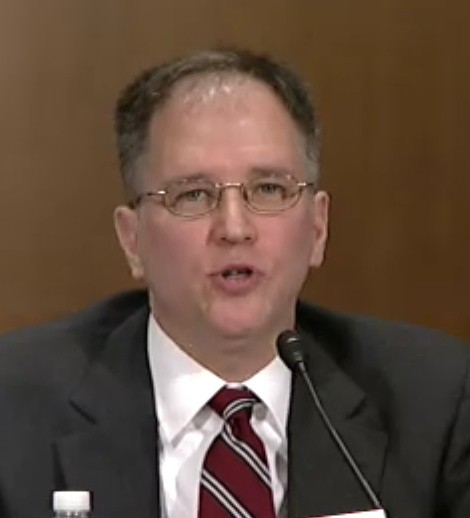 Zywicki’s own immunologist, Dr. Hooman Noorchashm advised him to forego a coronavirus vaccine based on his personal health and immunity status (Image: Wikipedia)

Zywicki’s own immunologist, Dr. Hooman Noorchashm advised him to forego a coronavirus vaccine based on his personal health and immunity status, rendering vaccination medically unnecessary and a violation of medical ethics.

“By threatening adverse professional and personal consequences, GMU’s Policy not only directly and palpably harms Professor Zywicki’s bodily autonomy and dignity, but it forces him to endure the stress and anxiety of choosing between his teaching career and his health,” the lawsuit alleged.

NCLA further noted that making Zywicki take a vaccine against the expert medical advice of his immunologist deprived him of his ability to refuse unwanted medical care.

“The Supreme Court has recognized that the Ninth and Fourteenth Amendments protect an individual’s right to privacy. A “forcible injection … into a non-consenting person’s body represents a substantial interference with that person’s liberty,” NCLA argued.

Even though GMU granted Zywicki’s medical exemption, NCLA said it is odd that the university “continues to refuse to recognize” that coronavirus vaccinations are not necessary for students and staff with naturally acquired immunity, demonstrated with antibody testing.

“At times GMU officials have appeared to deny that such a thing as naturally acquired immunity exists,” NCLA said in a release. “This refusal is particularly odd, as the efficacy of the very vaccines GMU wishes to mandate are measured against levels of natural immunity acquired by those who have recovered from Covid-19.”

“New variants of COVID-19 resulting from the virus’s mutation do not escape the natural immunity developed by prior infection from the original strain of the virus,” according to the lawsuit. “In fact, vaccine immunity only targets the spike-protein of the original Wuhan variant, whereas natural immunity recognizes the full complement of SARS-CoV-2 proteins and thus provides protection against a greater array of variants.”

GMU reportedly assured Zywicki he will not be subject to disciplinary action following the settlement.  He will also be allowed to hold office hours and attend in-person events, provided he maintains six feet of distance. He must additionally get tested for Chinese coronavirus once per week on campus at no cost to himself.

NCLA said the favorable outcome should “encourage others to fight irrational vaccine mandates elsewhere on the same bases laid out in the Zywicki complaint against GMU.”

This case is Zywicki v. Washington, No. 1:21-cv-894 in the U.S. District Court for the Eastern District of Virginia