Blackwell said in a statement released on Monday by the CEI:

HR 4 is simply another unconstitutional effort to take power away from the states and federalize our elections. It is truly unfortunate that the bill uses the name of a legendary civil rights leader in this way – especially when you consider HR 4 would destroy integrity in our election system – the very thing John Lewis spent so much of his life fighting for.

The U.S. Constitution is clear, giving state legislatures the right and responsibility to set the laws for their electoral process. There is no question state legislators are in the best position to set election laws and procedures because they are closer to the people who can and will hold them accountable. This federal legislation poses a great threat to our election system by stripping away security measures and protections against fraud, and it would put all aspects of elections, even down to the printed materials that are used, under the control of the federal government.

The Center for Election Integrity at the America First Policy Institute (AFPI) believes Americans deserve laws, created at the state level, that make it easy to vote but hard to cheat. This one-size fits all federal legislation poses a serious threat to that principle and ignores the fact that one fraudulent vote is one too many. AFPI is proud to stand on the front lines to educate Americans about the threat that these policies pose and the critical importance of policies that put America first.”

Blackwell also criticized HR 4 back in May, when he wrote in a Breitbart News op-ed that, “Democrats are pushing another federal takeover of elections with the so-called John Lewis Voting Right Advancement Act. This one is a power grab forcing states to get permission from the Democrat-controlled federal government before implementing election integrity measures like voter ID and other constitutional safeguards.”

The America First Policy Institute (AFPI) announced the launch of its Center for Election Integrity (CEI) on Thursday, with Blackwell serving as its chairman. 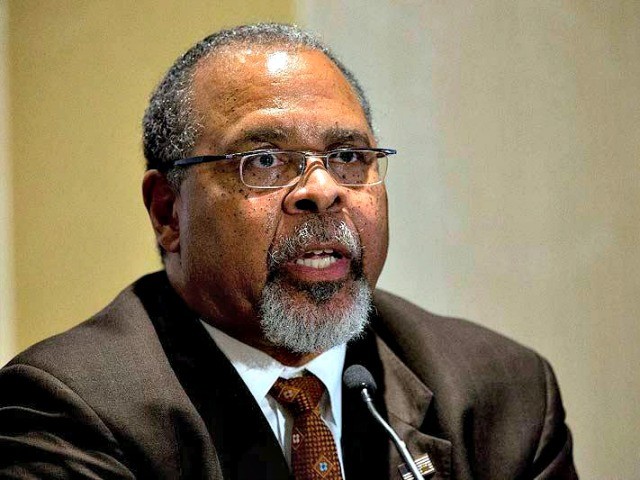 The CEI is “is a bipartisan, not-for-profit organization whose mission is to provide research, educate stakeholders, and develop policies that make it easy to vote and hard to cheat,” AFPI said in a statement released from  Atlanta, Georgia.

“We must help make sure that people have confidence in our system and that we give citizens a fair vote count. CEI is excited to work in conjunction with many other organizations that have been fighting for secure voter laws, undergirding, and amplifying their good work. We want to make it easy to vote and hard to cheat,” Ken Blackwell, CEI Chairman said in the statement. Blackwell is the former Ohio Secretary of State.

The statement outlined several objectives for the CEI, which will work to:

As Breitbart News reported, the private funding of election administration by nonprofit organizations that received more than $419 million in donations from Mark Zuckerberg and his wife Priscilla Chan, was one of the most controversial aspects of the November 2020 presidential election: 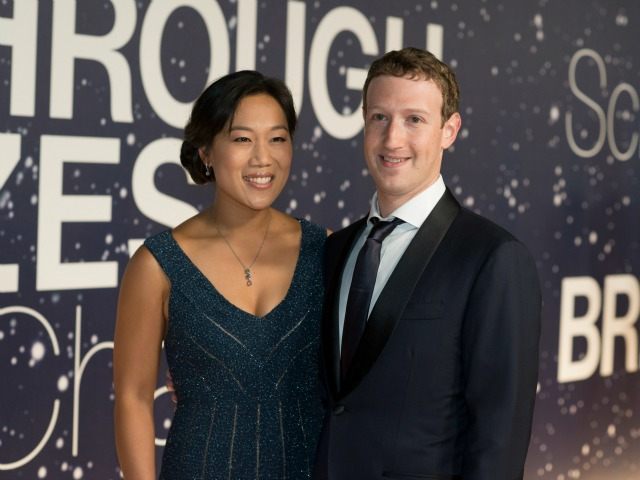 In this Nov. 9, 2014 file photo, Priscilla Chan and Mark Zuckerberg arrive at the 2nd Annual Breakthrough Prize Award Ceremony at the NASA Ames Research Center in Mountain View, Calif. Zuckerberg and his physician wife, Chan, are expecting a baby. The co-founder of the world’s largest social network used a Facebook post Friday, July 31, 2015, to announce that Chan is pregnant with a healthy baby daughter. He didn’t say when the baby is due. (Photo by Peter Barreras]/Invision/AP, File)

Private funding of election administration was virtually unknown in the American political system until the 2020 presidential election, when Facebook CEO and founder Mark Zuckerberg and his wife Priscilla Chan donated $350 million to the Center for Technology and Civic Life (CTCL), which provided funding to county and municipal governments around the country for election administration, and $69 million to the Center for Election Innovation and Research (CEIR), which provided funding to 23 state governments, primarily through the Secretary of State’s office, also for the funding of election administration.

“These are important, common-sense guardrails that, if implemented by the states, would give the American people faith, trust, and confidence in the outcome of elections,” Director of the CEI Hogan Gidley said of the organization’s key objectives.

“This center will work tirelessly to protect the voters and safeguard the integrity of future elections because one illegal vote is one too many,” Gidley added.