Video footage of a U.S. Marine providing water for Afghan children outside Kabul airport — which has circulated on social media in recent days — is “too histrionic,” China’s state-run Global Times complained on Monday.

“[S]oldiers were seen getting down on one knee to serve the Afghan children water,” the Global Times wrote of the video footage, referring to the U.S. Marines as “soldiers.”

An US soldier distributes water to children near the entrance of the Kabul Airport. pic.twitter.com/DyebQ7X9Ty

“These images fit into the US’ narrative of caring for the Afghans, but still failed to convince the public as some pointed out the soldiers’ gestures were ‘too histrionic,'” the tabloid, which is owned by the People’s Daily, an official newspaper of the Chinese Communist Party, claimed.

The Global Times did not reveal who allegedly described the images as “too histrionic,” though elsewhere in the same article it refers to an unnamed Chinese “netizen,” or social media user, and his or her alleged criticism of the U.S. presence in Afghanistan.

“Hypocrisy, invading their country, causing more damage and corruption, and u believe this will wipe out the pain [sic],” the netizen wrote anonymously online, according to the newspaper.

The social media user additionally claimed that the U.S. military’s “caring actions can never wipe out the pain that it has caused in Afghanistan.” The netizen referred to the video of a U.S. Marine providing water for Afghan children outside Hamid Karzai International Airport near Kabul. 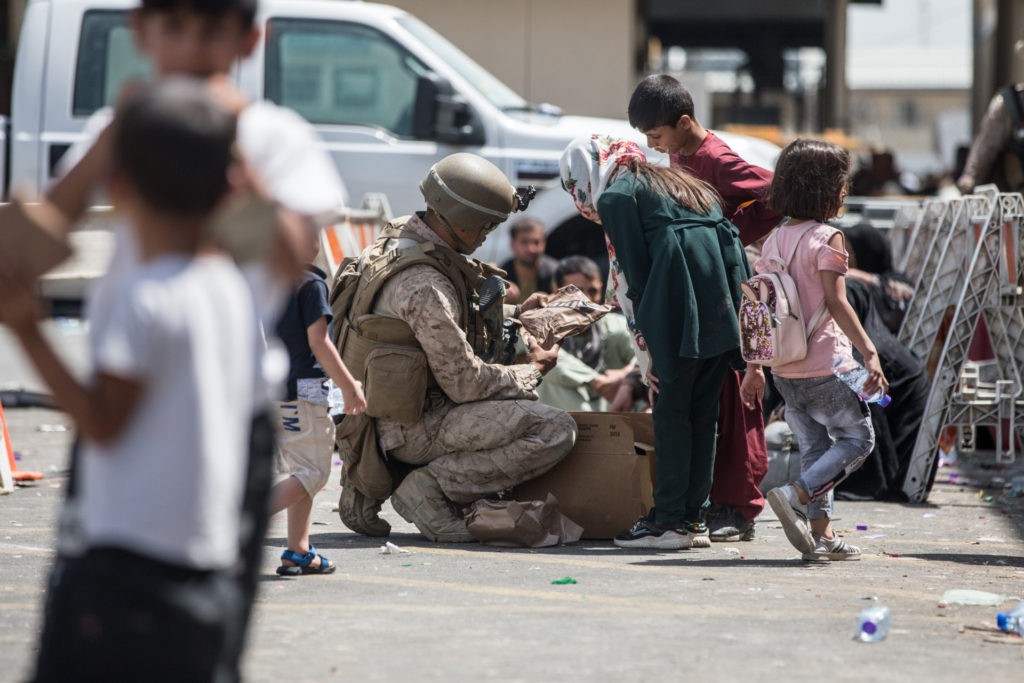 China heavily censors all social media outlets available in the country and only allows opinions it agrees with to appear on the sites, meaning the appearance of an opinion online – and especially an opinion highlighted in a state propaganda outlet – can be interpreted as a Chinese government endorsement of that opinion.

“There is not much known about the video or when exactly it was filmed,” Fox News noted on August 22. The U.S.-based news outlet said it reached out to the U.S. Department of Defense to confirm the video’s authenticity but did not immediately receive a response.

The U.S. military has been attempting to help coordinate an emergency evacuation from Kabul by U.S. citizens and Afghan nationals since August 15, when the Taliban terror group sacked the capital and deposed the city’s U.S.-backed government. 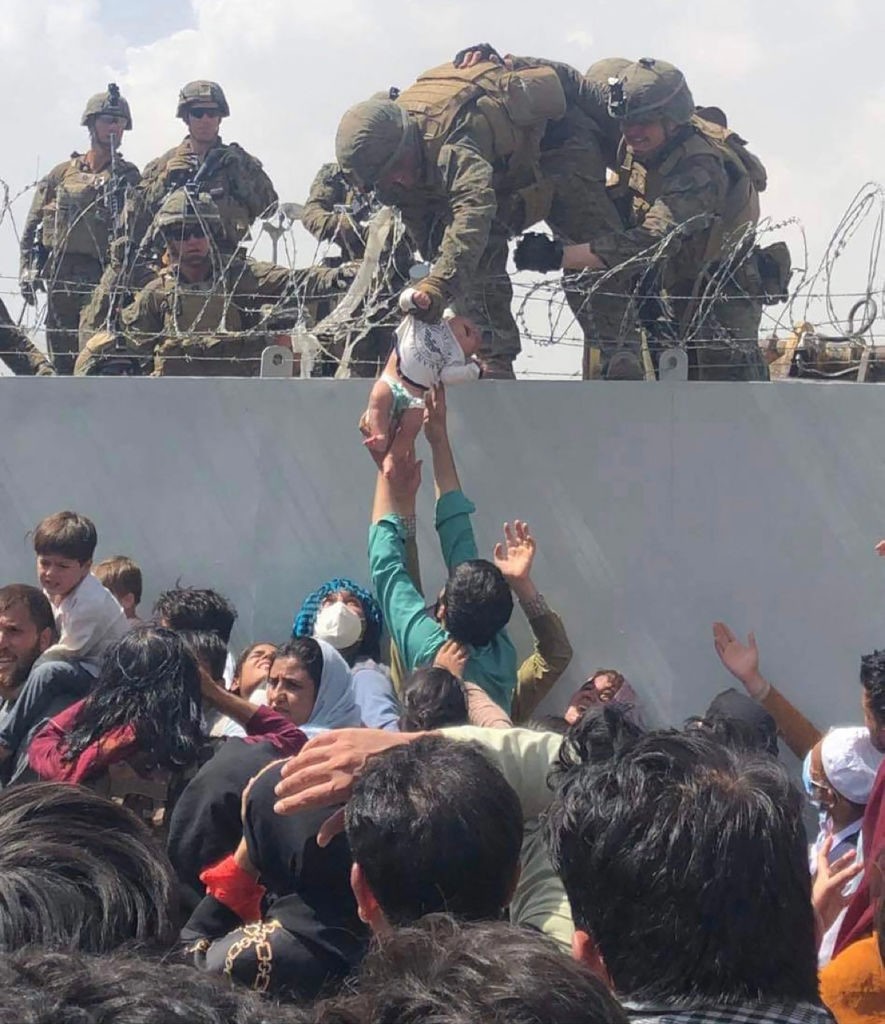 This image made available to AFP on August 20, 2021 by Human Rights Activist Omar Haidari, shows a US Marine grabbing an infant over a fence of barbed wire during an evacuation at Hamid Karzai International Airport in Kabul on August 19, 2021. (Courtesy of Omar Haidiri/AFP via Getty Images)

Thousands of people — including mainly Afghans and some foreign citizens — have since mobbed Hamid Karzai International Airport in an effort to flee the Taliban’s rule, which was notoriously ruthless when it previously governed Afghanistan from 1996-2001. At least 20 people have died since August 15 while trying to enter Kabul’s airport.

The victims reportedly died either in stampedes or by Taliban bullets as the terror group has regularly attacked people trying to flee Kabul via the city’s airport in recent days.

Taliban jihadists have blamed the United States for all violence at the airport.